60 Seconds with Larissa Berringer, Executive Producer – Design, on what she is looking forward to most in joining The Mill 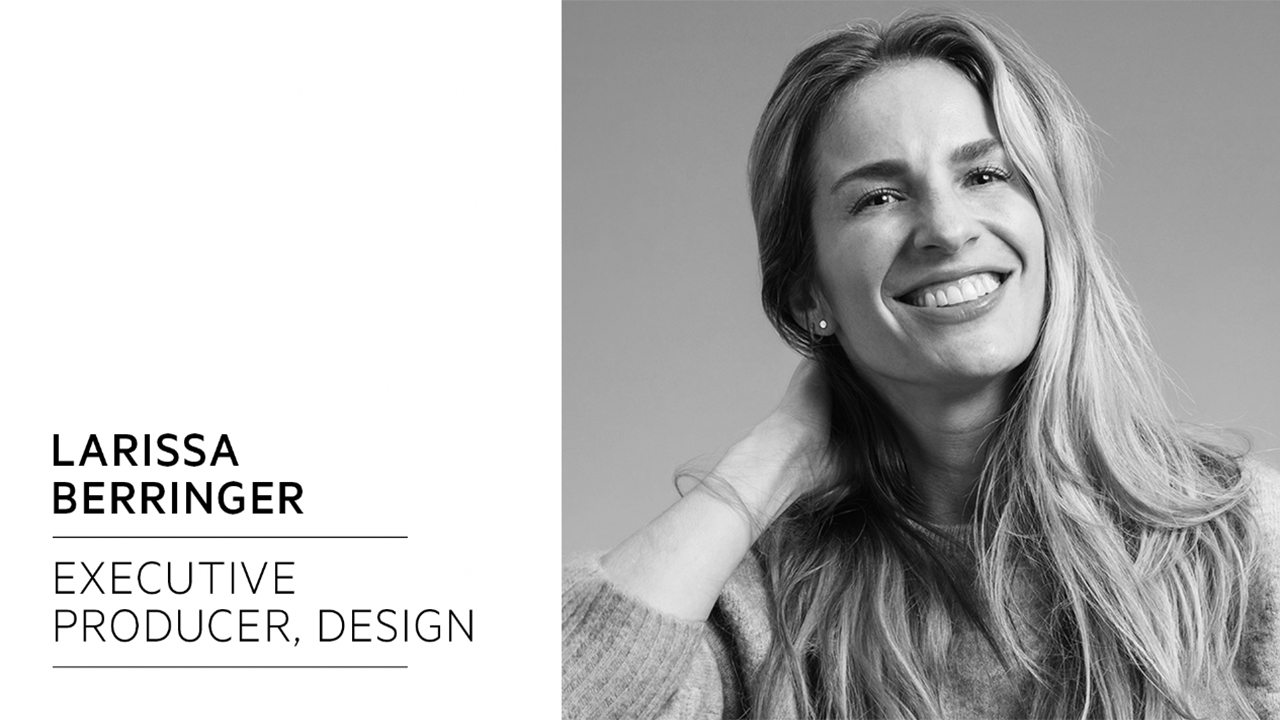 You’ve recently just joined The Mill as an Executive Producer for the Design department! Talk to us about what you’ll be doing in this position.

The Mill’s global Design Studio has seen an incredible amount of growth and in my opinion is doing some of the best work I’ve seen in commercial design. In my new position I’ll be an advocate for this team and hope to facilitate its growth and development by finding beautiful and exciting work to push the boundaries of what we can and will do.

How did you get into the world of Production?

I got into production when I was in my twenties living in Los Angeles.  I landed a job as a production assistant on the set of the television show ‘Weeds’ working for the supervising producer and in-house director. Watching that season’s evolution from script writing, to filming, all the way through post production was incredible. To this day It was still one of my favorite jobs I’ve ever had and I’ve been hooked on creative production ever since!

What project (or projects) are you most proud of to have been involved in throughout your career?

Over the years I’ve worked on so many great projects. Personally my favorite projects are always the ones that have challenged me to grow or learn new things, and are always the result of great collaboration.

What are you most looking forward to in your new role at The Mill?

In my new role I’m most excited about the opportunity to work on awesome projects with a super talented group of people!

Explore work from The Mill’s Design Studio here. You can get in touch with our Design team via our contact page.