We launched short film ‘Blood is Thicker’ starring rapper and lyricist Terrell ‘Trizzy’ Myles in conjunction with The Lucy Collective and nonprofit organization Gift of Life Marrow Registry in order to encourage others to join the fight against blood cancer and save Black lives. The short film was Directed by Mill Director Gundeep Anand and is part of a larger Gift of Life initiative to help educate the masses and close the gap on racial and ethnic health care disparities. It features an original poem and music by Myles, who was inspired to bring a message of hope and a resounding call to action that reminds us how one selfless act can positively change the outcome of a life, a family and an entire community. We caught up with Gundeep on the project below.
Thought October 27, 2020

Can you tell us what motivated you to sign on the project?

After having lost a close friend to the same problem and seeing the brief, it touched my heart.

Why was authenticity so important to convey in the narrative for ‘Blood is Thicker’?

As soon as I spoke to the artist and the client, it was clear how much they cared about this campaign and especially what it meant for the artist himself. A true reflection of passion and care must come across the film and that’s what we managed to do. I believe not making this authentic and any fabrication of this film would be a disservice to the project and it won’t have the same impact as it is having now.

What are some important elements to keep in mind when writing and creating stories for marginalized groups?

We need to come with an empty slate. Media and our surroundings have formed an image in our head about these groups/communities. So it’s very important we listen first and hear them out and then respond with a solution not react with an instant answer etc.

Do your research first hand, speak to people, put some work in it. Try not to make decisions solely on reports and data handed to you. Otherwise it won’t have that human connection you are hoping it should have. We need to unlearn first when working or speaking on behalf of people who don’t look like you. They might be powerless but you are their voice, so please handle with care.

Working with teams in three different time zones, did you face any challenges while directing this film? How did you overcome them?

It was unreal, never experienced anything like this but it was also very exciting. To be honest, without Red Bull it wouldn’t have been finished! The largest barrier was not being able to be there in person and feel the set and connect with the team on a human level.

I’m British and even though Americans also speak English, it’s still a little different. So, it took some time to get used to different lingo and terminology. Getting the right lingo and tone can save you so much time.

Also, doing a studio recording session via zoom – I felt like Dr Dre of London.

What are your favorite elements of the film?

I love when Terrell is in the room, in his element doing his thing. I also love the shot of him with his mates, and the passion from his a-cappella performance.

You can check out more of Gundeep’s work on his Creator Profile and on Instagram @gundeepx. Read more about ‘Blood is Thicker’ here. 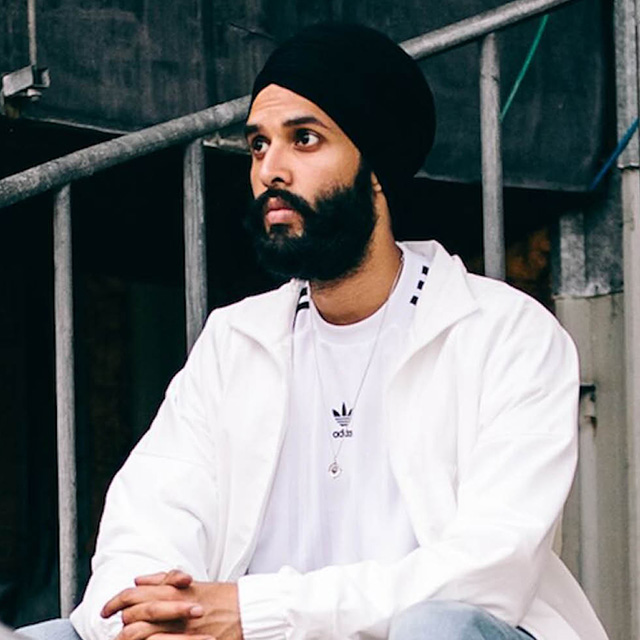