60 Seconds with Senior Producer at The Mill Nicole Duncan

For our latest edition of '60 Seconds With' we spoke to Senior Producer Nicole Duncan located in our London studio about her role, favourite pieces of work and what inspires her.
Thought August 21, 2020

I’ve been working at The Mill for almost 6 years and am currently a Senior Producer in the Creative Strategy team. I guess the easiest way to describe my role would be as a hybrid version of an agency and a post producer as we work directly with the clients and tend to work on campaign’s from end to end. This entails everything from initial strategy, writing the creative and scripts, hiring Directors, organizing shoots, commissioning music and execution of the Post.

Working in the Creative Strategy team also means that we work on a huge range of projects, so you’re constantly being pushed out of your comfort zone. I’ve ended up producing everything from Experiential events and AR filters to traditional Ad campaigns.

How has lockdown impacted your role as a senior producer?

In terms of physical hardware and networks (thanks to the amazing Engineering team) we were up and running in a ridiculously small amount of time but I think the biggest adjustment was just working out how to handle the day to day communication. In The Mill we normally work in an extremely social way, you can pop over to see your team, check-in on how things are going and quickly hash out creative problems and this is all still totally possible remotely it just takes a little bit more planning. We are very fortunate that technology has allowed us to have so many great tools at our fingertips, things like video conferencing, instant messaging and google docs, have made our lives as producers a hell of a lot easier.

Can you talk us through some of your creative highlights at The Mill?

I have been really lucky during my time at the Mill to work on lots of brilliant projects but a couple that really stick out in my mind are Sipsmith and Lush.

Sipsmith was a stop motion project that we worked on with Arch Model Studio, Ogilvy and was directed by Jeff Low (Biscuit). The level of craftsmanship that went into hand making each individual character and the tiny set pieces and the precision required to shoot the animation blew my mind! The end result was also just a genuinely good ad, Jeff’s script was hilarious, Julian Barrat was the perfect voice actor to play the Swan and it’s just a wee bit weird!

And Lush was one of my Creative Strategy clients and we were given the brief of visualizing the physical journey a client goes on whilst experiencing a Lush Spa Treatment. Between our in house talent of Carl Addy (Director) and Noel Drew (Experiential Director) they decided to conduct a series of biometric tests and collect different readings (heart rate, brain activity, sweat levels etc). From the person receiving the treatment and then they used that data to drive the animations and visuals which were used in the final film. The client liked the concept so much that they then asked us to adapt these biometric tests to create a physical installation which was used as part of the Lush Annual Showcase. This meant people were able to watch the film and then experience what they had seen themselves. In terms of projects this really exploited all facets of the Mill’s capabilities but it was such an interesting one to be a part of!

You recently produced EA SPORTS ‘Feel Next Level’ over lockdown, can you tell us a bit about any challenges the team faced?

Our biggest challenge without a doubt was 8 weeks into the planning, when the severity of COVID became apparent, we had to completely revise the creative Tom Dibb, our Creative Director for Creative Strategy, had written as it required a massive live action shoot. Turning the creative round in one week was no mean feat, added to the fact we had all just been sent into isolation but the team absolutely pulled it out the bag and I think we created something we can be really proud of.

You’ve entered into what’s becoming quite a longstanding relationship with the client now, do you see a benefit from this in the final product?

Being ‘in the trenches’ with the client through numerous projects gives you a priceless understanding of how the brand works and what is important to them. This is vital when you are responsible for building the front end of a campaign as you need to be able to speak to their audience and fulfill their marketing needs. It has also meant that we have a very open and honest relationship with the team, we can talk frankly about all aspects of the jobs, whether that be budgets or creative and it means we can really create something that balances the needs of the business and pushes the boundaries creatively.

Tell us about something that’s inspiring you right now

I’ve recently become a bit obsessed with Taika Waititi so have been working my way through his back catalogue, I realise I am probably years late to this party, but I’m just drawn to his work as its always a bit dark, really hilarious and a bit weird! 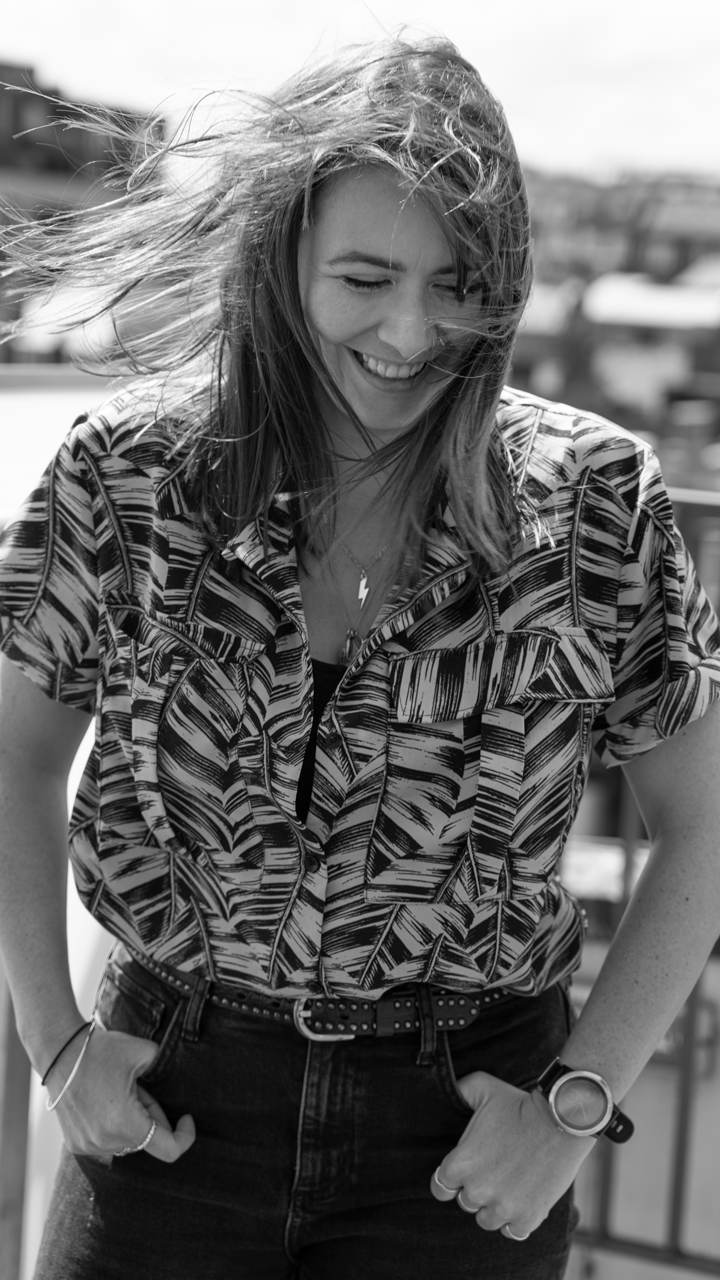