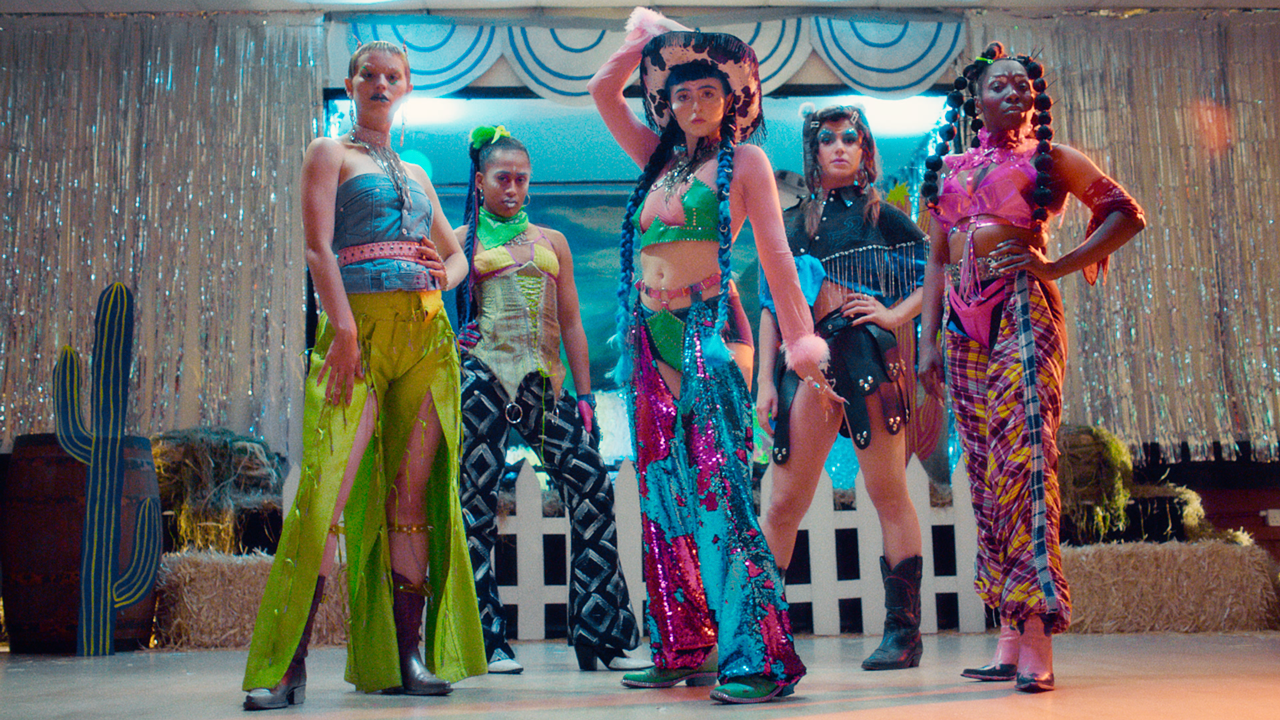 The quirky video combines punk aesthetics and a hip-hop sound to promote sexual liberation and choreographed dance. Opening with a nuclear green-tinged homage to early B-Movies, if you were ever curious what a barndance on Mars would look like, you’re in the right place.

The concept was inspired by none other than country singer Dolly Parton, with Anquetil stating “We imagined a little girl in the early ’80s who tied Dolly’s Nine To Five record to a balloon, sending it into the sky. And a distant world inhabited by human-like aliens that eventually found it in their atmosphere. Resulting in an entire civilisation of extraterrestrial Dolly Parton fanatics, desperate to come to earth to meet their Hero(ine).”

The finished product is an inspired mix of fluorescent lighting, DIY set design and intergalactic styling, with a positive message to boot.