Behind The Moving Image | Crafting Daniel Kaluuya for Xbox

Brand characters and mascots have forever changed the world of advertising.
News December 8, 2021

At The Mill/MPC, we’re safely ensconced as the leaders in the field through exploration. From award-winning brand mascots ‘Buster The Boxer’ and ‘Monty The Pengin’ for John Lewis to Daniel Kaluuya as a photoreal digital human for Xbox. We have created some of the most iconic brand characters & mascots that are grounded in advertising history.

Throughout the month our artists across the global studios share art and science insights and BTS footage behind The Mill/MPC’s most iconic photoreal and animated characters that appeal and connect across integrated brand campaigns. share exclusive art & science insights behind bringing these icons to life.

Next up, Pascual Rubio Cervera, Head of Character Development at our Los Angeles studio, depicts the creation of VES nominated animated character, Daniel Kaluuya and explains the pressure of crafting an Oscar-winning celebrity compared to a non-recognizable character.

Can you talk about the craft behind creating Daniel Kaluuya?

Daniel was one of the most fun and challenging characters I have ever made, due the level of detail and realism we had to achieve and the tight schedule that we had. There were a lot of longer close-ups on this project with many different facial expressions in his performance throughout the commercial.

How did you get Daniel Kaluuya personality right and differentiate from previous characters?

In this case, Daniel is an award-winning actor, so the pressure to reproduce his essence in the digital character was higher than in other projects. The difference between recreating a famous person and creating a non-recognizable person is that the margin of error is minimal: everybody knows the actor they see in their favourite movie, in the tv shows they watch. If for whatever reason something about their look is not right or differs from reality, the viewer will know right away, and their brain will tell them that something is off even if they don’t know exactly what it is. So that means that the precision recreating and bringing to life the character needs to be perfect.

What was the biggest challenge when creating Daniel Kaluuya?

Technically speaking everything about a digital human is challenging, but if I can only mention one aspect that stands out it would probably be the recreation of the pores and wrinkles. Artists in our field know that the different methods and techniques to recreate these unique human skin features are incredibly important to make human skin believable; however, in this case the fact that the character was a famous person and that there were a lot of references to use changed the normal process. For this project I opted to do these minute and precise details by hand, to match exactly the features of the real Daniel. So, in the end, the pores of digital Daniel’s face are in the exact position as the real actor’s pores and wrinkles, which, as you can imagine was challenging.

What was the most important feature of Daniel Kaluuya? And why?

When creating characters, and especially digital humans, the most important thing is the eyes. The eyes are the one area that you really need to match perfectly, to about 99.99%. If you don’t achieve that level of realism the character will not seem believable. We made sure the skin around the eyes was folding exactly the same way as it does when Daniel Kaluyya moves his eyes. This is where a good reference in the movement was so helpful – if you take a closer look at the eye in that area you can see how skin properties (like thickness, blood quantity, etc.) interact with each other, for example when the person moves their eyes in different directions.

Where do you see the future going for CG characters?

The tendency right now in CG characters and especially digital humans is moving towards a more fluid and natural interaction in real-time with someone in front of the screen: breaking down the barrier of the screen and instead of watching the character, actually making a connection with the character. Obviously, this has always been an objective in our field, however, technology is improving faster every day and we are now getting to a point in which the interaction with a digital human or character of any kind is a reality and is already being used in many ways. Humans are social creatures, and it is part of our inner-self to communicate and engage with other humans, which is why I think that the creation of characters and digital humans will evolve in this way. We, humans, seek others that are capable of communicating with us and understanding what we are saying, and because of this, carrying out these behaviours with a digital human doesn’t feel so strange to us.

What sort of research and time is involved? How well do you have to understand the animal or human anatomy?

When creating realistic characters, it is fundamental to understand every part of the animal or person, from the surface features to the underlying anatomy, such as muscles, bones, veins, nerves, etc. The human body is especially complex, and all these parts don’t act as separate pieces, but they interact with each other to transform and adapt to a person’s actions and movements. As a character artists, we must create and make sure that all those complexities of the human body are translated naturally to the character and the context in which they engage. For example, in humans there are lots of variations that are produced in the anatomy depending on the person’s mood: the colouration of the cheeks are not the same if a character is talking normally or exhaling because they are running or fighting; the pupil reacts differently to the quantity of light that there is in the environment; or the blood is displaced from the joints of the bones when that extremity bends, to name a few. All these actions/reactions that happen in our body need to be considered when creating a digital human.

How did you give the character a “human” feel and create the emotional connection?

Every detail is important and needs to be right in place but giving life to the eyes and a slight facial expression sets a solid path to achieving a realistic digital human. It is a long process and, as I said, it’s not just one technique or aspect, but thousands of small details articulated in a specific way that brings the character to life. That’s what makes a digital human so complicated. We humans are social animals that spend our whole lives talking and interacting with each other. Innately, our social experience permits us to be able to look at a portrait and know if the face is believable or not even though we can’t pinpoint why. These daily, seemingly insignificant interactions, from ordering a coffee to making eye contact with somebody in the metro, are experiences that remain in our brain and make us all experts in humans. When creating a digital human, this has to be the goal: that the digital human is able to make that connection with the audience. When you are finished you have to look at your character and if it can look back at you, then you have done a good job. The moment you establish an emotional connection with the character on your screen, you know that you took the character to the necessary level.

How did you balance realism with of the character and the potential over expressiveness of a CG Creature?

This is certainly a challenging aspect of the process since character artists tend to strive for realism the majority of the time with digital humans. I guess the trick resides in making sure the character´s physical traits stay in touch with real-life attributes while simultaneously exaggerating one or two aspects of a specific feature in a way you wouldn’t find in nature. This is less common in digital humans, but when working on CG animals that talk or have human expressions, in order for the audience to relate and establish a connection with them, we give them more human characteristics or personify them. If you can find the balance the results can be really interesting and captivating, even more so than the attention a realistic creature would get.

What do you enjoy about CG creature work?

As an artist, I think there is always room for improvement. Nothing is ever perfect in this field, and for photoreal projects, the job is even harder because even an untrained eye can identify the smallest flaws. I personally love the challenge of figuring out and designing new techniques and ways to bring to life the characters. Since technology is always changing and evolving, this makes our industry very dynamic and it encourages artists to stay passionate about their work, stay on their toes, and always keep growing and expanding their knowledge.

Who’s your inner self character and why?
Hahahaha I really like this question, it is perfect for hanging out with friends and having some beers. 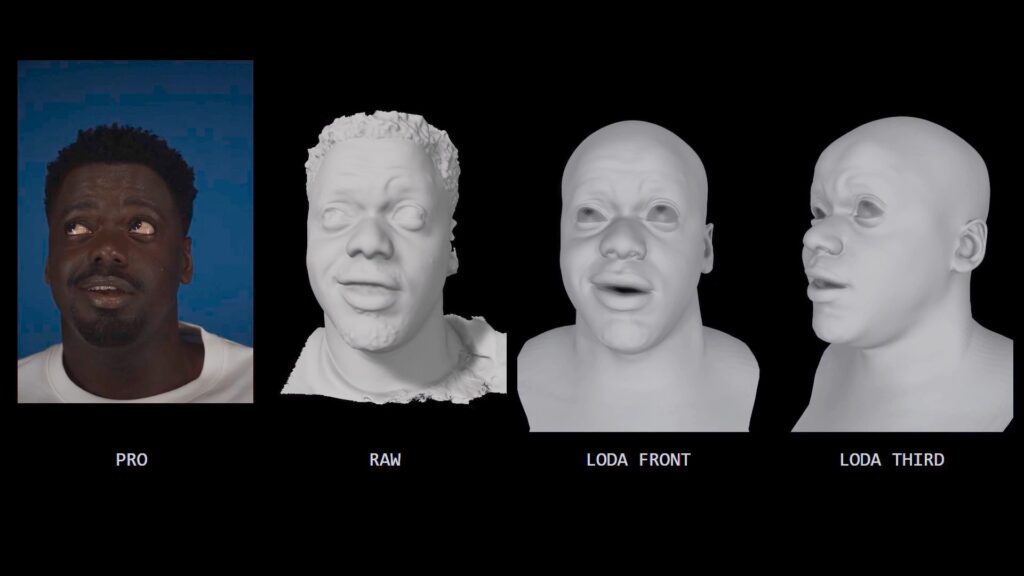 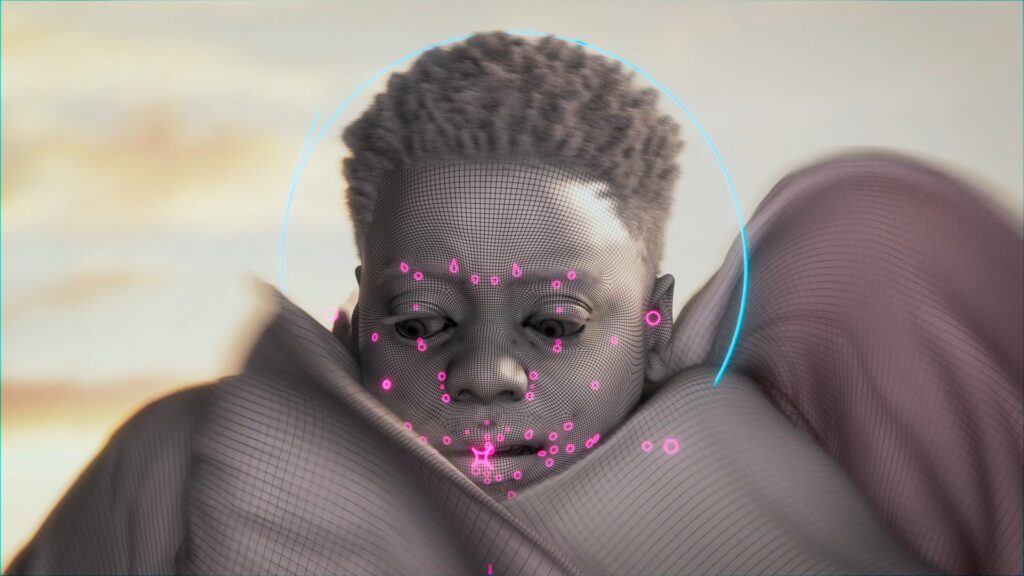 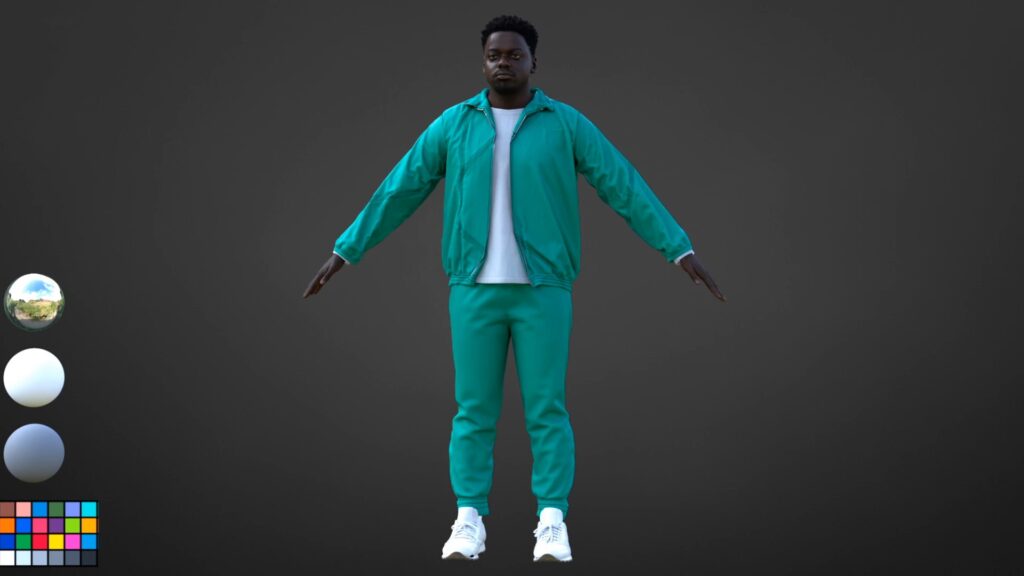