To reveal to the public the highly-anticipated, all-new, all-electric Ford F-150 Lightning – the first all-electric F-Series truck, Ford needed a solution that would allow for the capture of real-life capability footage while minimizing the risks of pre-launch leaks. The answer was to bring the iconic brand forward to the vanguard of production technology with a studio-based virtual production conducted as a global collaboration between industry-leaders Chrome Productions and The Mill.

Collaborating with Chrome Productions, we employed the latest in LED screen virtual production technology to shoot in multiple virtual locations, limiting the risk of exposures and leaks of the all-electric version of the automaker’s iconic F-series pickup truck. Using meticulously crafted CGI environments displayed on LED screens running Unreal Engine offered Ford the ability to achieve all of its goals: creative storytelling in multiple environments with no risk of public exposure & no need for complicated auto transport logistics.

The films highlight the versatility and high functionality of Ford’s latest release through multiple vignettes that focus on the vehicle’s features, from loading & towing capabilities to the revolutionary ability to power an entire house during a blackout.

“The incredible artists at The Mill built four environments – a suburban construction site & finished home, a connected EV charging station and a remote campsite – and we brought these to life all within one studio. With a traditional production, showing the full range of product features across different environments would have taken a multi-day road trip with a moving company. With this innovative global collaboration, it instead became 72 hours of footage captured in a technology-driven studio. ”

This new production technique, which has become more popular during the global pandemic due to global travel restrictions, is a game-changer for the commercial production industry, but specifically for automotive advertisers looking to film pre-release products under strict embargo in a variety of photo-real ‘locations’. 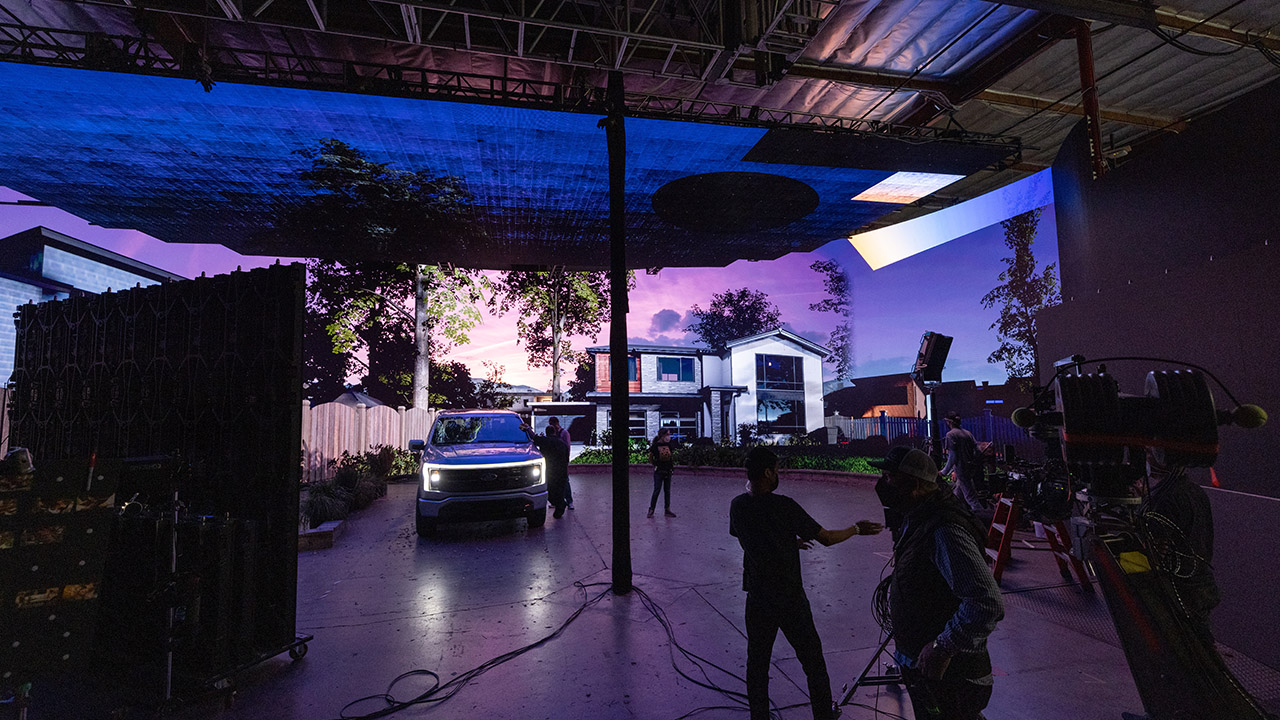 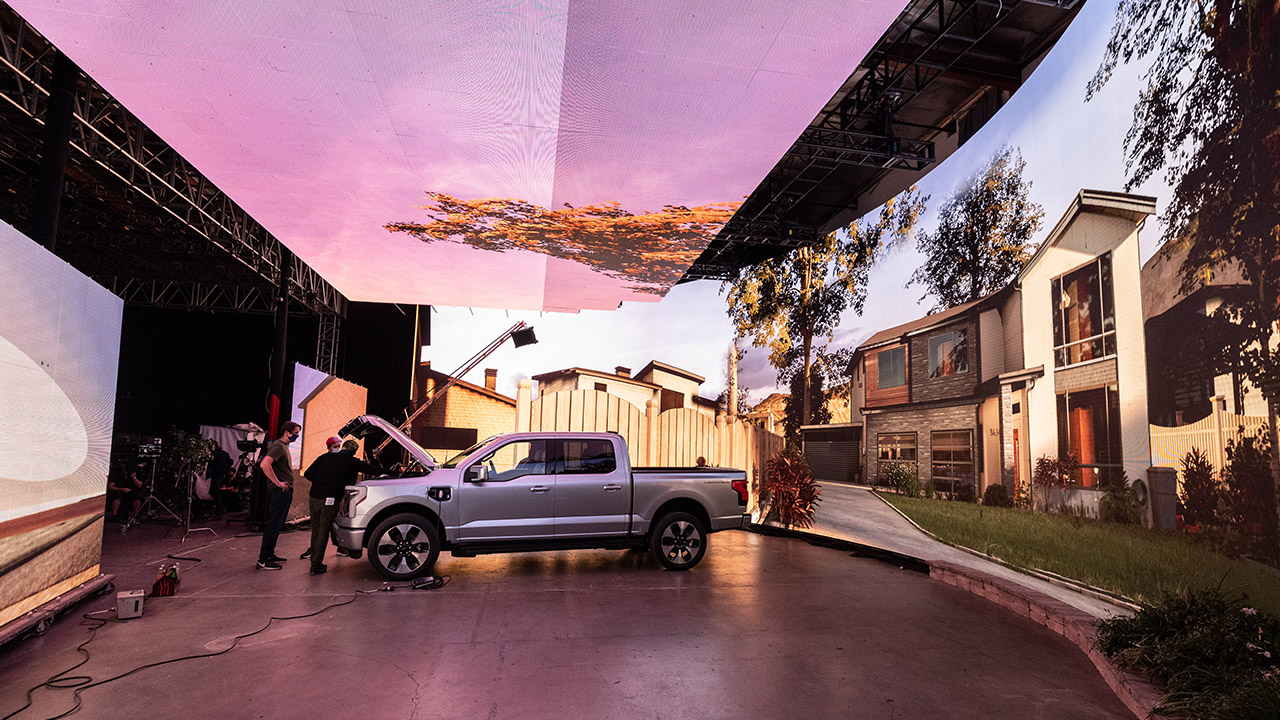 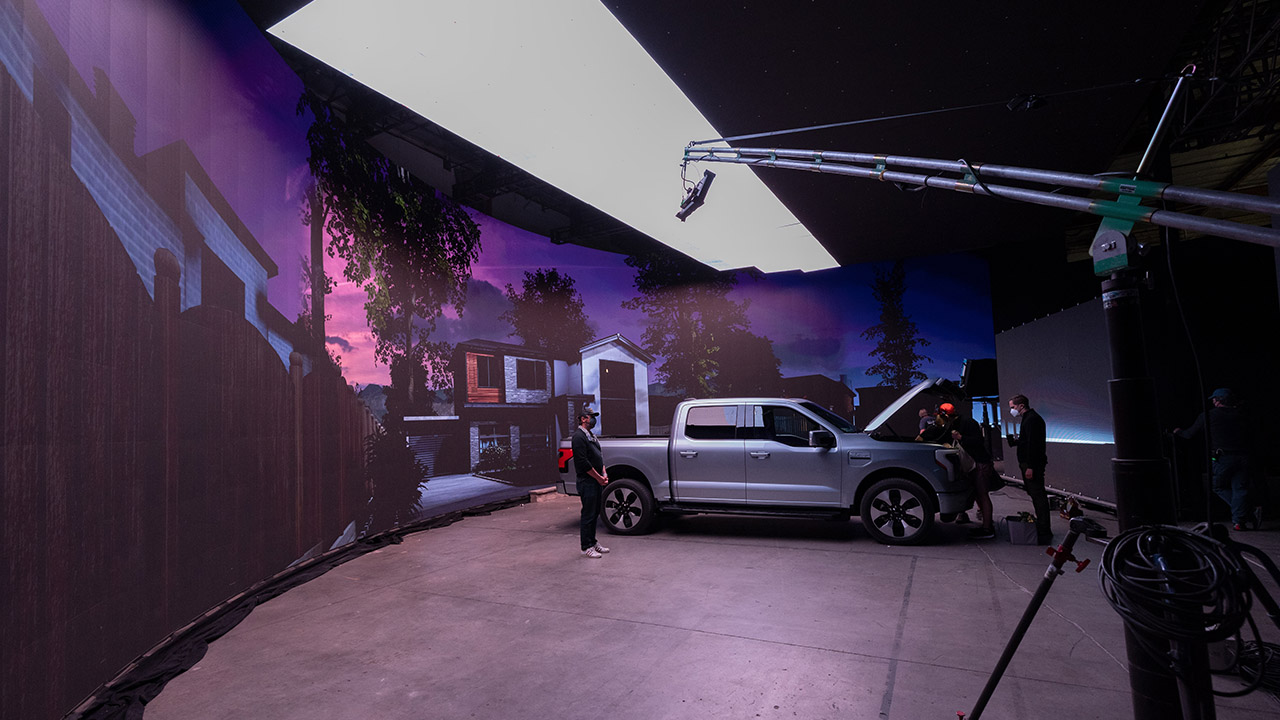 “Virtual Production offers a huge amount of creative flexibility and production advantages. For this project we combined LED screens with live camera tracking, enabling us to place the product in real-world environments that looked highly realistic. As we moved the camera, the perspective of the backgrounds shifted accordingly, enabling us to film convincing virtual scenes with incredibly believable cinematic fidelity. This is in-camera, live VFX work that will have a major benefit for both brand clients and creatives on-set.”

Connect with us to power your next project with first-in-class creative production.