A leap forward in 3D display technology, and a truly immersive, multi-dimensional viewing experience, Sony’s Spatial Reality Display allows artists, architects, product designers, and creators the freedom to see their creation in three dimensions while they craft it. We spoke with The Mill’s Creative Director, Andrew Proctor, and Executive Producer, Dan Phillips on crafting a film for the display and the exciting future of this innovative tool.
Work November 16, 2020

How did the Sony Spatial Reality Display influence the team’s creative decisions?

Andrew Proctor: We wanted to craft something cool and sleek to show the limits of this new technology. The environment also had to be a mix of static and dynamic elements for the user to discover while moving their head around the monitor. We landed on creating a future metropolis, it had all the elements we were looking for. One of the focal points of the film is a hover car which the user can watch land and take off from a multitude of different angles.

Dan Phillips: We had to take a relatively agile approach to our creative thinking to make sure that the scene we were building showed off the Spatial Reality Display in its strongest light, while also ensuring we kept a sense of narrative and wonder around what viewers would see displayed on the screen. We were constantly iterating on the core idea of the futuristic car and its purpose in this urban vision, rethinking ways to bring dynamism to the scene without pushing beyond the parameters of the display unit itself. I think we hit the balance just right.

In what ways does creating a film for 3D viewing differ from standard film making?

Andrew Proctor: Particularly for this hardware and display technology, the difference was it was less like directing a movie and more like creating a stage play. It’s an immersive experience with so many different angles to consider.

Dan Phillips: Andrew is spot-on in his metaphor, as action was happening in the round, while viewers could literally affect their perspective of the action as the screen responds in real-time to the position of the viewer. So while there is something of a linear narrative to this cool little vignette, it exists on it’s own as something of a moving diorama as opposed to a traditional story.

What’s the most exciting aspect of the Sony Spatial Reality Display to you?

Dan Phillips: I love the fact that it is a new type of display medium, and takes a lot of age-old holographic techniques, and applies the latest technological thinking to them. The result is a pretty unique piece of hardware, a new step forwards in 3D display and the ability to view CG scenes and assets from new perspectives. It’s a really neat tool. 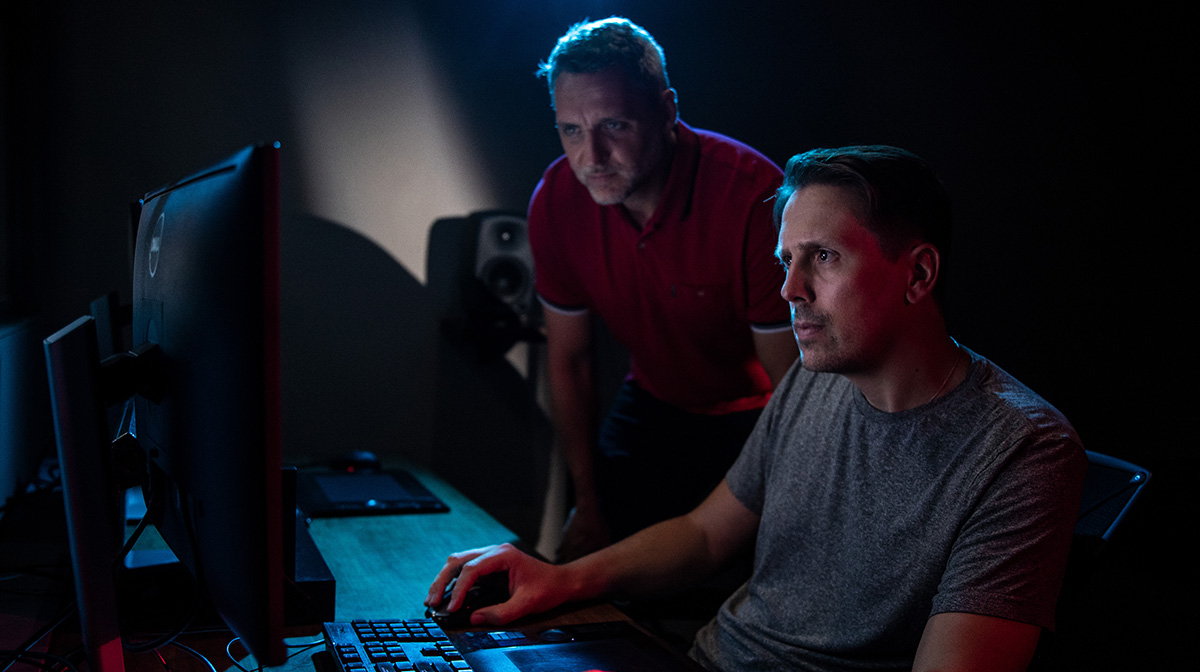 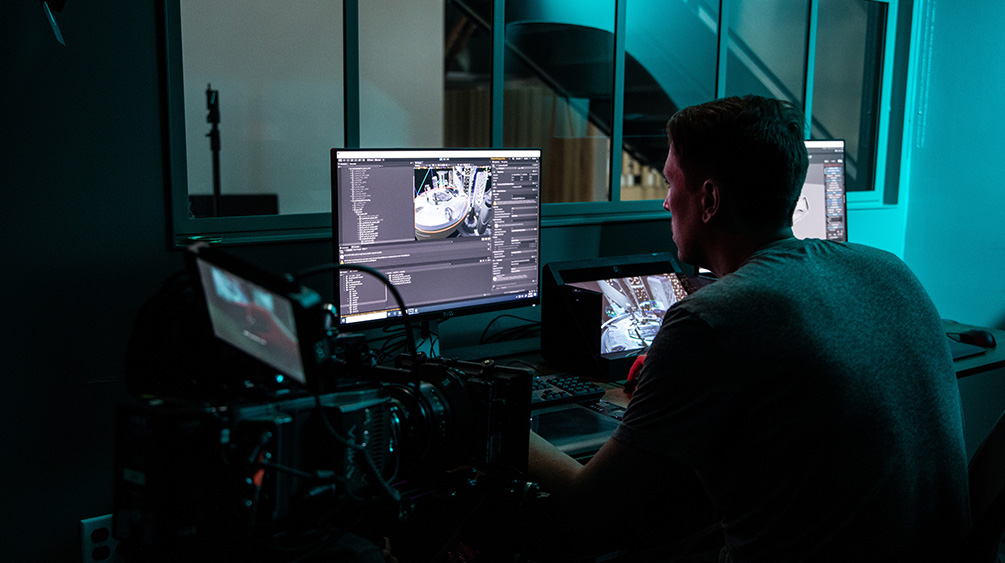 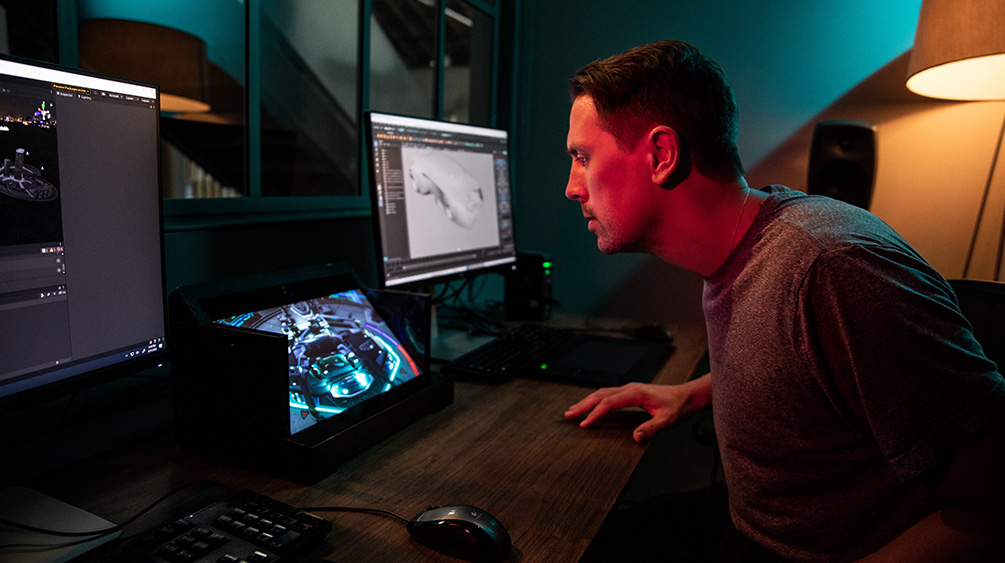 How did Unity compliment the project?

Andrew: Unity allowed us to work on the fly, it’s an amazing tool that worked hand in hand with Sony’s technology. It allowed us to view the film with absolutely no lag, which was vital to create a scene that really envelops the user.

Dan Phillips: We know that game engine technology is revolutionising the way we think about VFX and the ways in which we create content. In this case the benefits were all in the agile and iterative approach we were able to take to asset and scene creation. We could work and evolve our visuals in real-time and get instant feedback from the display itself. Unity is so versatile, and allowed us to maximise our production time and keep the focus solely on the creative. 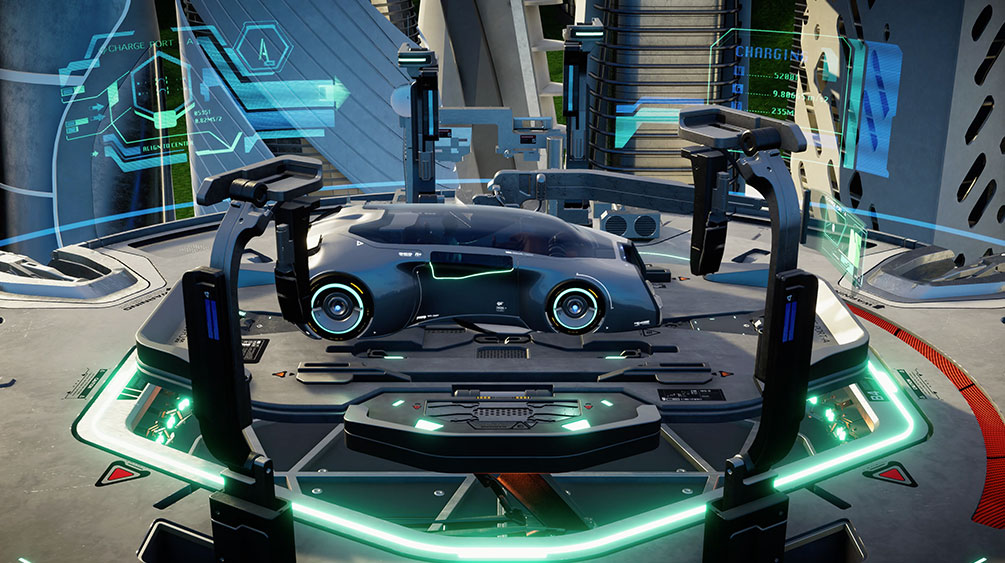 What benefits did you discover while using the Sony Spatial Reality Display compared to external equipment (ie: 3D glasses or headsets?)

Dan Phillips: It is a desktop tool, and so it brings with it a lot of familiarity in terms of a standard screen and machine set-up. There is no clunky wearable component or lengthy set-up, and as such no real learning curve or barrier to use. It simply elevates and gives a different angle to viewing 3D content, and as such presents new creative possibilities.

You can check out more of Andrew’s work on his Creator Profile. To get in touch with our VFX, Direction, or Experience teams visit our Contact Page.