The artist drew the design on a mannequin arm while a robot copied his motions with a needle on a real arm.
Press September 9, 2020 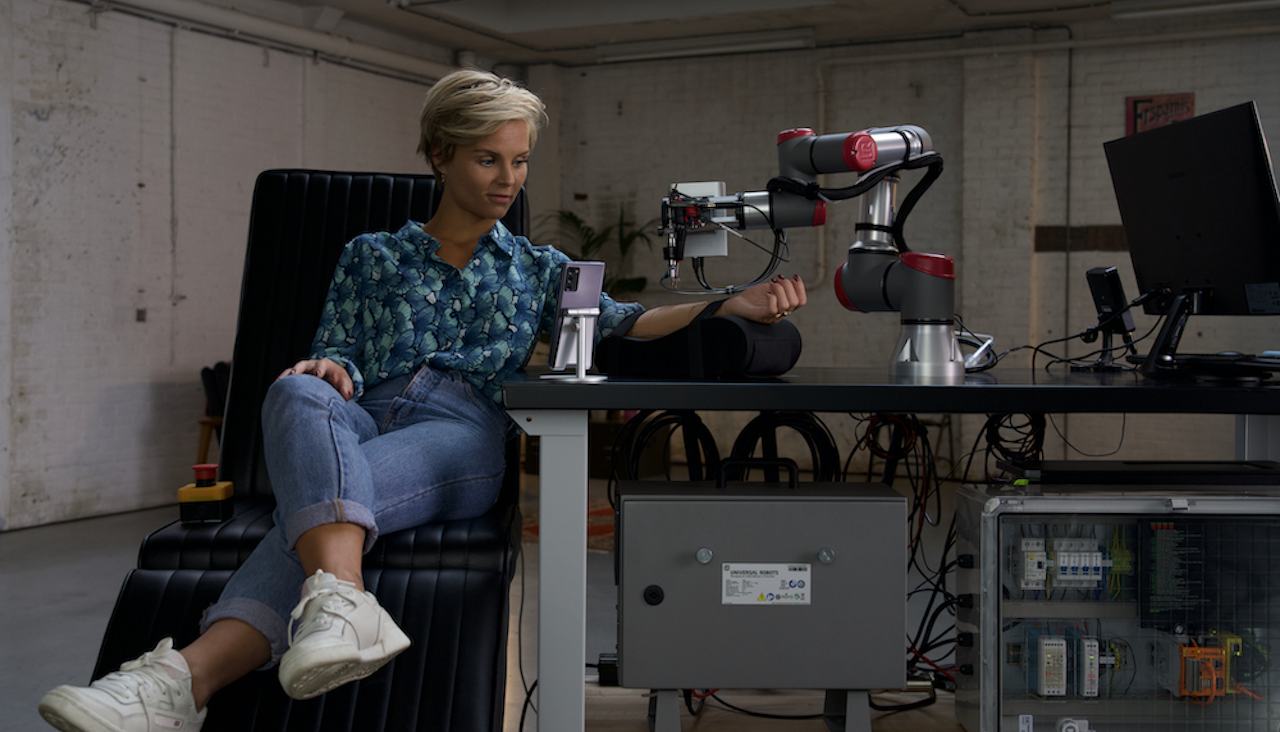 T-Mobile is demonstrating just how useful its 5G network can be for remote robotic operations, this week applying a tattoo on someone’s arm in the Netherlands. The “impossible tattoo” was needled into the skin by a robot arm being controlled by a tattoo artist in another location over T-Mobile’s Dutch 5G network. Due to the low latency of 5G — how quickly the network responds to the command someone gives it — the tattoo was drawn in real time.

“The final tattoo was given after countless tests on an army of heroic vegetables and prosthetic skin samples,” T-Mobile said Tuesday.

Dutch tattoo artist Wes applied the tattoo on Dutch actress Stijn Fransen for the experiment. There were a number of steps that had to be accomplished on the way to inking this moment of tele-artistry.

“Firstly, we needed to work out how to track the tattoo artist’s movements and detect when he was making contact with the surface of a fake practice arm and transmit this data over the 5G network,” said Noel Drew, who built the tattooing robot arm. “Secondly, we had to develop a robotic platform that could receive this data in real-time and control the robot’s movements in relation to the human arm. Thirdly, we needed to develop a deep understanding of the fine details of tattooing.”