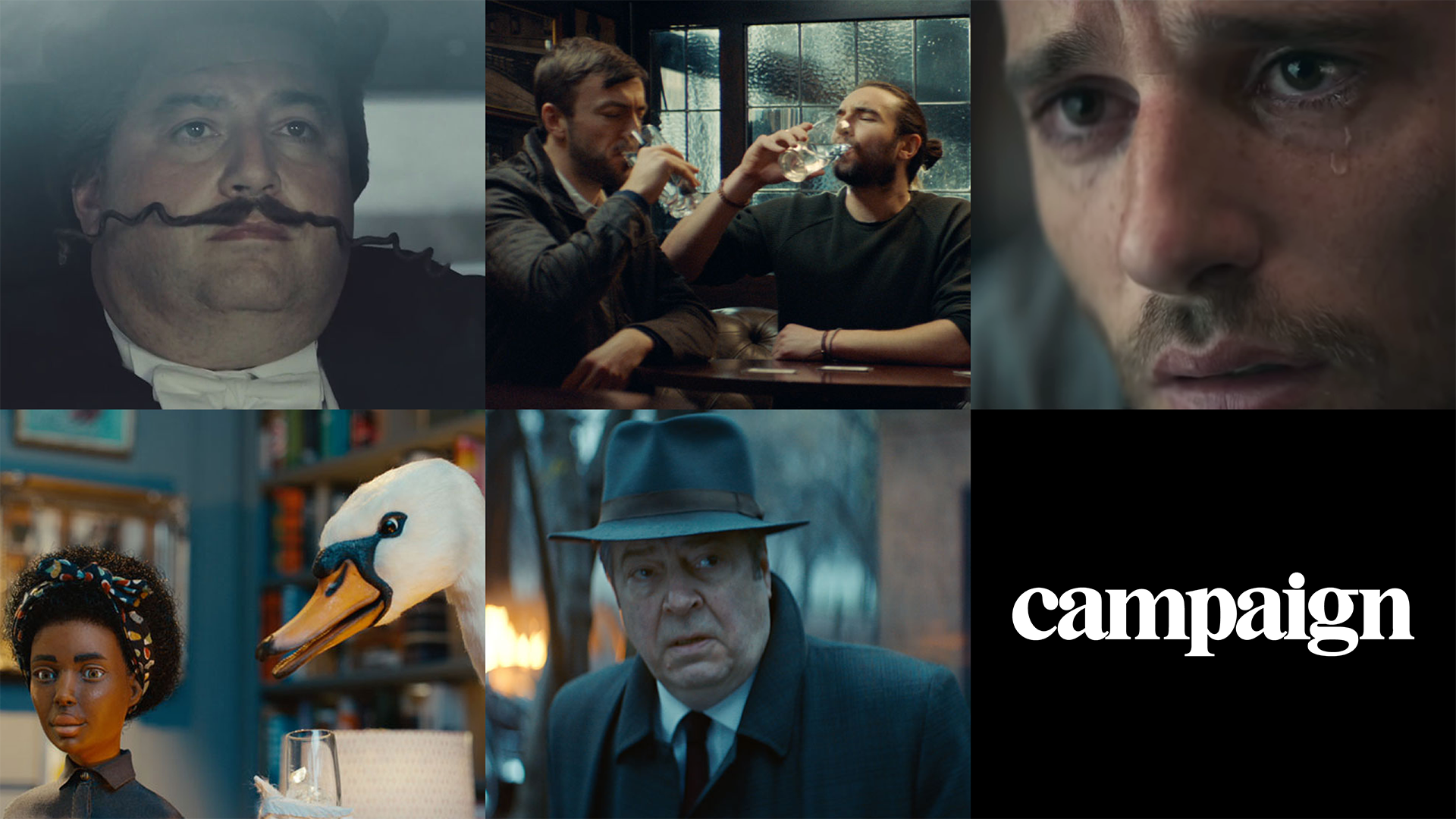 This glossy Guinness spot has all the clichés of traditional beer advertising, from slow-motion product shots to satisfied drinkers. But what appears to be hype for a new kind of clear brew is actually promoting a glass of tap water. The spoof was part of the brand’s responsible-drinking initiative.

PlayStation | Feel The Power of Pro

The elaborate stop-motion technique in Sipsmith’s first brand campaign is meant to mirror the detailed care that goes into making its gin. The ad introduces Mr Swan, a dapper, feathered mascot, who gives a tour of the distillery, but doesn’t know as much as he thinks he does. The dry humour and beautiful craft call for a sequel.

ITV elevated the calibre of its advertising with well-crafted portraits of well-known characters from the channel. Roger Allam, playing Detective Inspector Fred Thursday from Endeavour, dodges bullets while reflecting on being a patriarch, while Brenda Blethyn, in her role as the eponymous detective chief inspector from Vera, muses about defying expectations as a woman who fights crime.

Gio Compario is one of the longest-running characters in advertising but also one of the most derided. So Droga5 brought him back in a new role in which he doesn’t sing any opera. Instead, Gio gets behind the wheel to re-enact a real-life car crash that led to an insurance claim, while Wynne Evans, the Welsh tenor who portrays him, also appears as himself to narrate the events.