Cooking up a slow turkey with The Mill, Mari and Nuke 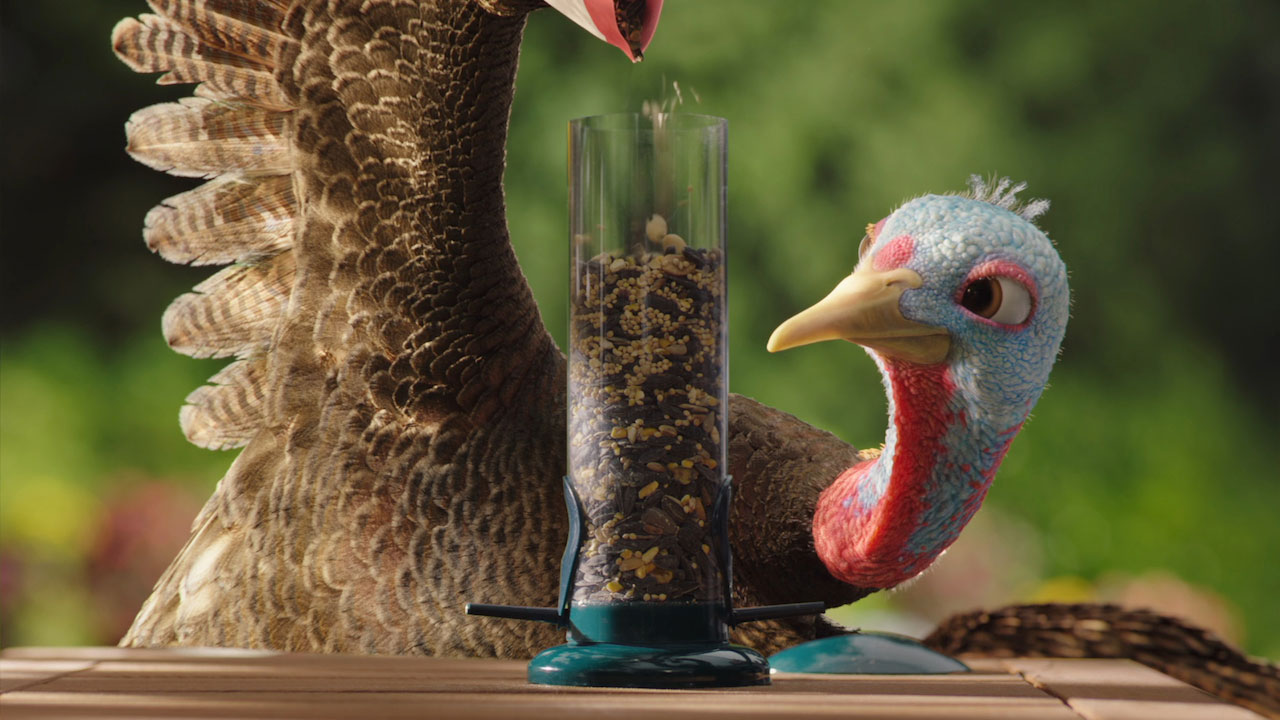 Luckily, when CHANTIX approached The Mill for their commercial they knew exactly what they needed. Arming themselves with Mari, Nuke and a very large amount of virtual feathers, the team were set for the task at hand.

Of course, we’re not talking about any ordinary turkey.

No, this virtual bird needed to embody the idea of quitting smoking—‘slow turkey’ flipping the traditional ‘cold turkey’ on its head. Starting from the ground up, the team began piecing the turkey together feather-by-feather, ensuring it was not only believable, but a likable character too.

To do this Jeffrey Dates, Creative Director, armed himself with several character designs and personalities. Some of whom were based on well-loved, comedic actors: “I think Bill Murray was a big influence in the early stages,” Jeffrey tells us: “How would Bill Murray water the grass? How would he mow his lawn?”

Using this as inspiration, the team managed to lock down a personality fit for their character. It was then onto their next hurdle: creating the right turkey for the job.