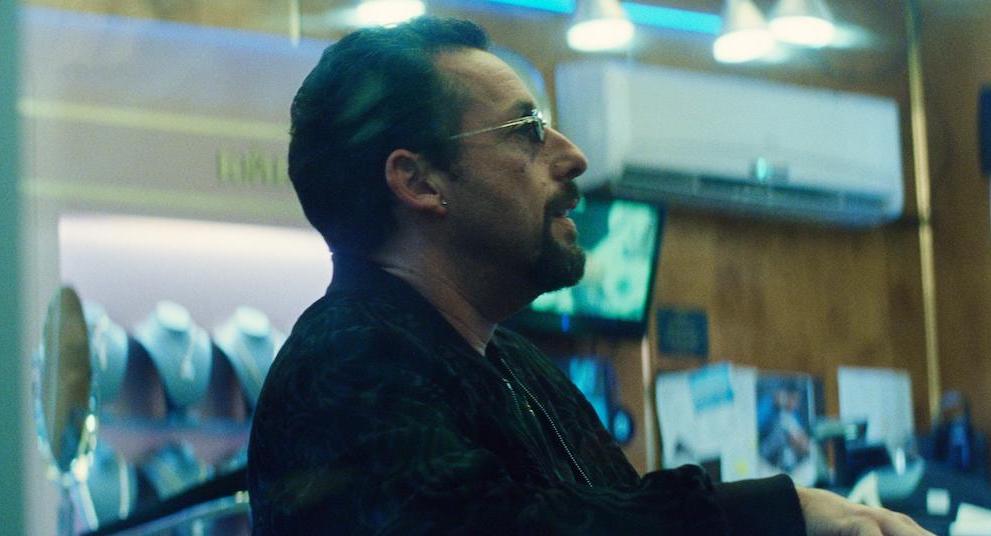 The renowned cinematographer and the film’s colorist detail how they achieved the unique aesthetic behind the Safdie brother’s latest.

There’s a sequence in Uncut Gems, a Safdie brother’s film starring Adam Sandler as a gambling-addicted New York jewelry store owner named Howard Ratner, that acts as a quintessential teaching moment in how to block the familiar differently.

Grain was another aspect to the cinematic language. During preproduction, Khondji shot tests and it was decided to push the film negative one stop. Since both 35mm and digital formats were used, the film scanner became an important role in the equation. It was up to colorist Damien Van der Cruyssen to match the formats. “There are a fair amount of digital scenes in the movie and we really wanted everything to feel cohesive, so we had to have a pipeline and color journey that worked well for digital and film,” says the colorist, whose work includes Waves and The Last Black Man in San Francisco.

To do so, they finished with ARRISCAN at 4K and created custom LUTs to blend the digital shoots with the film scans. Van der Cruyssen also asked for the camera crew to shoot additional grain elements that were then scanned at 4K and sampled over the digital scenes.

Color-wise, a palette of blues, blacks, and golds stylized the gritty, contrast environments. In the grade, Van der Cruyssen detailed it further. “The Safdies wanted a very cinematic but modern New York rendition. We started with a softer contrast, but as the DI progressed, the directors wanted to push the blacks darker and crunchier, something a bit less controlled and polished, and more aggressive and lively.”