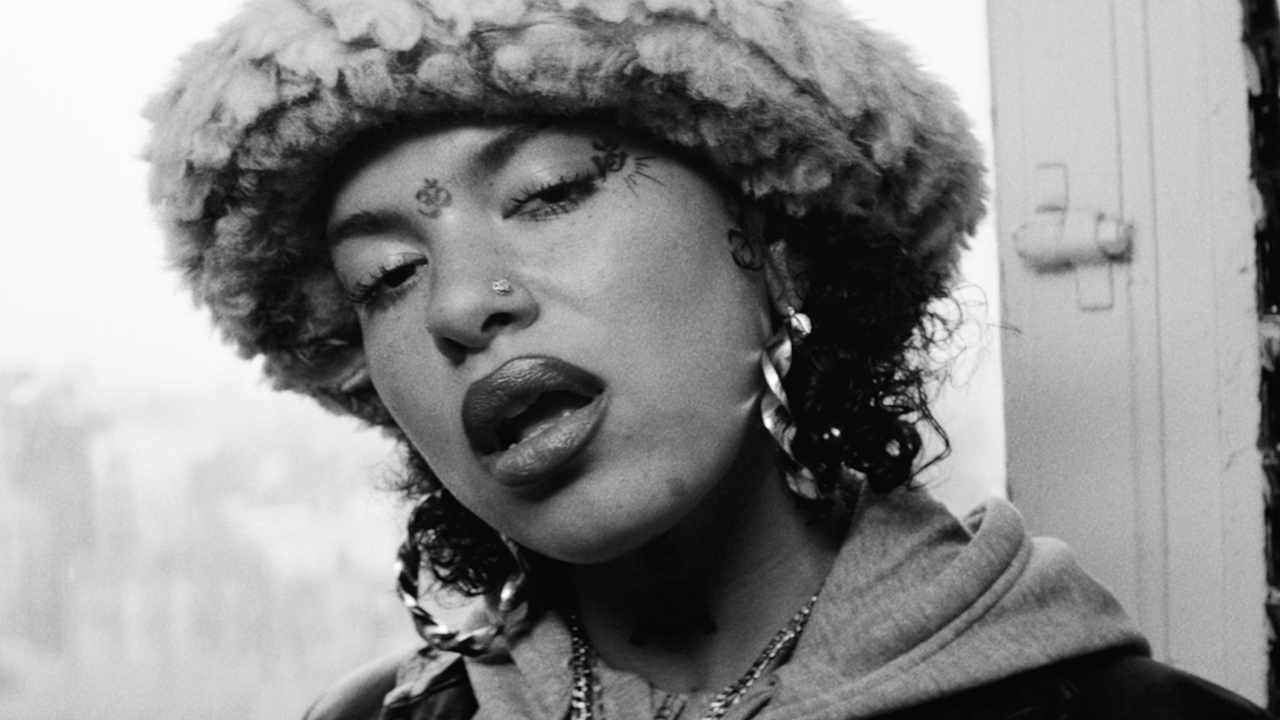 The Music Video shows Greentea Peng making her way out of a flat at The Aylesbury Estate for the very last time as we see the remaining building fall, a carefully crafted true to life demolition created by The Mill’s VFX team. The film is accompanied by a self penned letter from Greentea Peng, an outcry of the state of London.

Melody comments ‘Aria and I have been friends for a while, we both met in Dalston back in the mid teens when the strip was a plethora of shitty grimey clubs and turkish restaurants… It was great! The only brief I got from her was that she wanted the video to be Black and White, but there was already a clearly strong narrative from the song.

She told me she was born in South East London but with this continual crisis of pushing out the council estate community her family was forced to move out of the city. These communities held such promise when they were first erected (mostly in the 60’s) and the brutalist architecture is beautiful.

One of my favourite estates was The Heygate which got demolished back in 2011 and it’s sister estate The Aylesbury Estate is now the second in line, already half of it has been torn down and there is a small community left still fighting for their remaining homes, it’s heartbreaking. After speaking with this group, we decided it had to be shot at The Aylesbury. It was integral to me that everything was authentic, we wanted it real and raw, no frills just the story.

As the estate is currently under demolition, getting a permit to shoot there was a no-go, so we kept our crew super minimal and went at it run and gun. The climax for this film is the ending demolition shot, I knew I wanted it to be impactful so a full-block controlled demolition was the obvious choice For the affected residents, there are a whole lifetime of memories absorbed into these concrete foundations and with a simple ‘ctrl alt del’ all is wiped in 5 seconds. There is a poetry of “erase and recycle” in these kind of demolitions and this is what I wanted to portray in Ghost Town’

2D Lead Artist Jonny Freeman adds ‘This project was both collaborative and challenging. Melody’s brief led to the creative aspect taking shape early on in the project as the pace of the live action works really well alongside the track. This helped drive the look and pace of the transitions and led to our CG lead, Henry Medhurst, getting a grasp of how the building demolition would take shape’