LBB | How Ford Put the ‘Scary’ into ‘Scary Fast’ 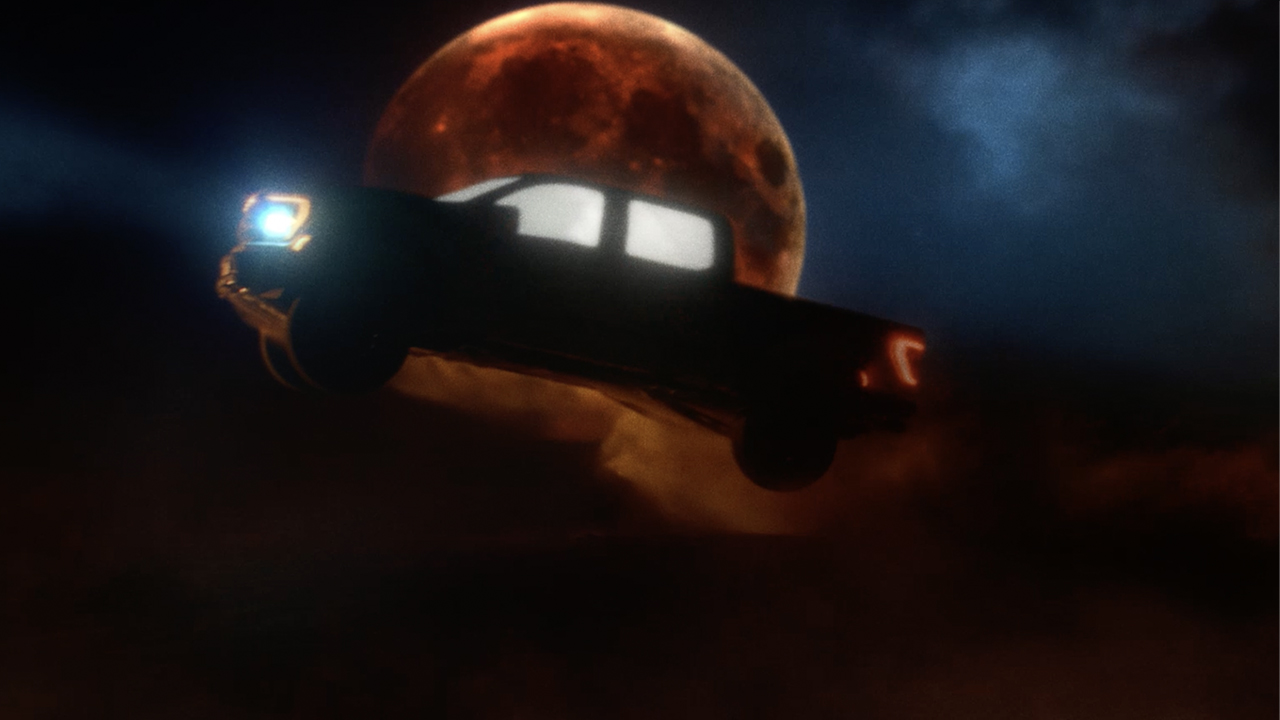 Using the stylings of classic horror movies, Ford launched the new F-150 Raptor R pickup truck with a terrifying trailer, directed by Lauren Sick. To create the bone-chilling atmosphere and noises that go bump in the night, sound companies HENRYBOY and Sonic Union, as well as VFX Studio The Mill New York embraced their horror inspirations, helping make one of the scariest and most unorthodox car ads in recent memory.

To get a sneak peek underneath the visual effects wizardry which gave the wolf its demonic eyes, produced a fiery eclipse and created a shadow monster straight from the silver screen, LBB’s Ben Conway spoke with Jimmy Bullard, creative director at the Mill New York.

And to hear an exciting earful about the spooky sounds that are sure to send a shiver down your spine, Ben also caught up with the mad scientists who brought life to the spot’s audio, HENRYBOY sound designer Bill Chesley, as well as Sonic Union’s mix engineers/sound designers Steve Rosen and Julienne Guffain.

Behind the Hair-Raising VFX

– with Jimmy Bullard, creative director at The Mill New York

As a horror fan, this script had immediate curb appeal. Lauren [Sick, the spot’s director] had a great treatment put together with some excellent references which we immediately began brainstorming ways to pull off. We put together a few decks exploring some different ways of treating the various horror ideas. We had a whole bunch of ideas for the moon eclipse and explored the most interesting ones during the post schedule.

Camera movement was a big driving factor, (sorry, can’t resist) and we tried to keep the energy up using camera shake, contra zooms and lots of great camera action during the build ups – and then dialled it down to more slow moving cameras for the creepy moments, like the creature at the flaming cactus.

Tropes are an integral part of horror films for me. I’ve always enjoyed self-referential horror that can poke fun at itself while also giving you a good scare. We all know the jump scare is coming, but it still gives us a mild heart attack every time and that’s what makes it so exciting. You can enjoy the buildup of terror because you know the release is coming soon.

There were around 25 or so heavy visual effect shots we took care of for the main film. The key sequences and specific effects we focused on were:

1. The Moon, its transition and the effect it has on our hero driver. We did a variety of style frames and motion tests for the look of the moon and the driver’s eyes, ultimately settling on a fiery and evil-looking moon.

2. The wolf. Viewers may be surprised to realise just how much work we put into the wolf to get him to look scary. In reality, he was a loveable canine who wanted nothing more than to look friendly and cute. In the shot where he disappears back into the darkness, he originally had his mouth shut and looked very adorable. As such, we completely replaced his face with a snarling mouth and gave his eyes an otherworldly red glow. The only animal we worked on, in the end, was the wolf. The scorpion and rattlesnake were very well behaved and put in solid performances. There was also a jackrabbit that put in some great ad libs, but alas, wound up on the cutting room floor.

3. We worked on a look for the ‘ghost ship’ sequence with the glowing windows. The car was rigged with lights and the windows were frosted on the shoot; we worked up a nice look that enhanced this, adding some interesting lens flares for certain shots. 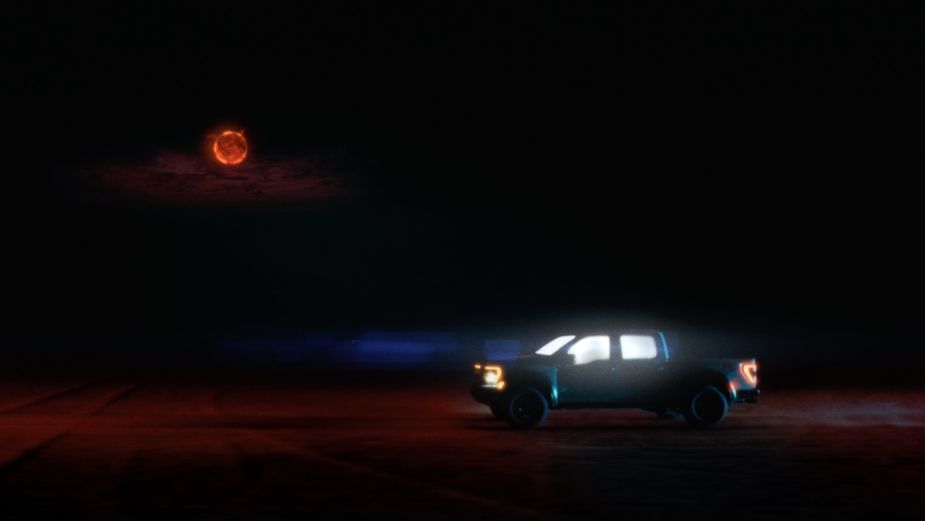 4. A significant number of shots were ‘day for night’ – meaning they were shot during the day, but in the grade were swung to look like night time. Dante (colourist) put together an amazing grade. The ‘day for night’ shots – with the blue tint – were very ‘Mad Max Fury Road’ and in order to help sell this effect we comped in headlights and taillights, including lens flares, glows and realistic interaction with the ground. The sequences having their own interesting colour palettes really helped lend some variety to the film, and kept each section feeling unique, but also tied together. 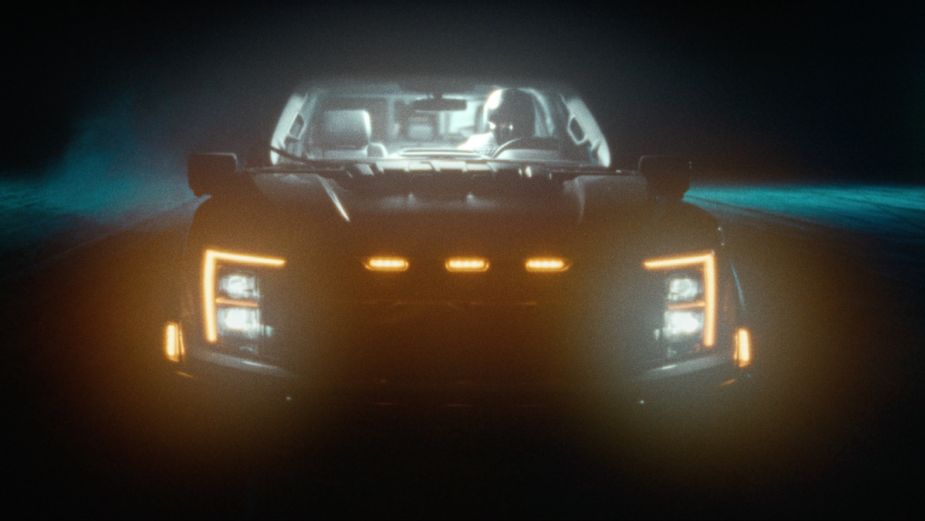 5. We designed a look for the creature that runs in front of the flaming cactus and completely replaced it in the shot of the dust left behind as the truck peels out. We did a lot of concept frames to work out what the design of the creature should be, and the final one we landed on is super creepy, with its extended limbs, long talon fingers and weird spikey head. Brilliant! 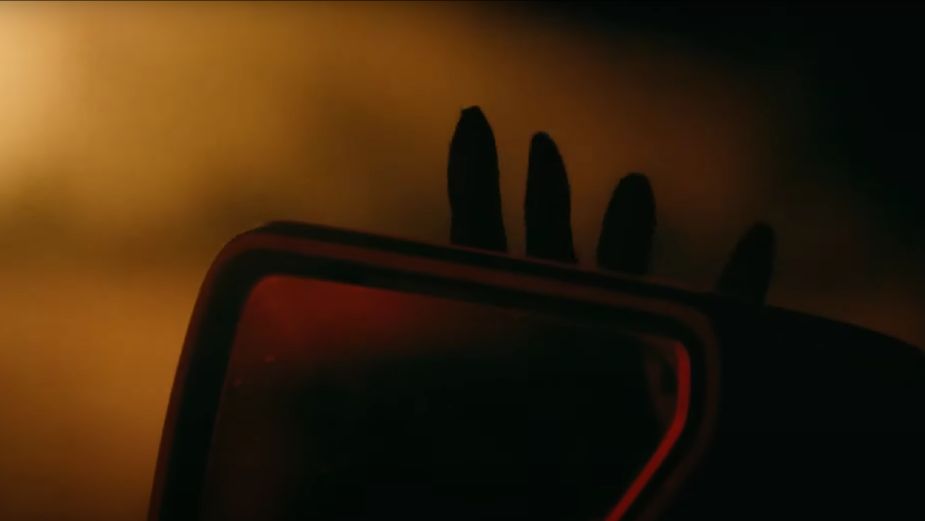 6. The cactus burning was enhanced by mixing a number of plates and elements together to create a larger, more intense cactus fire. 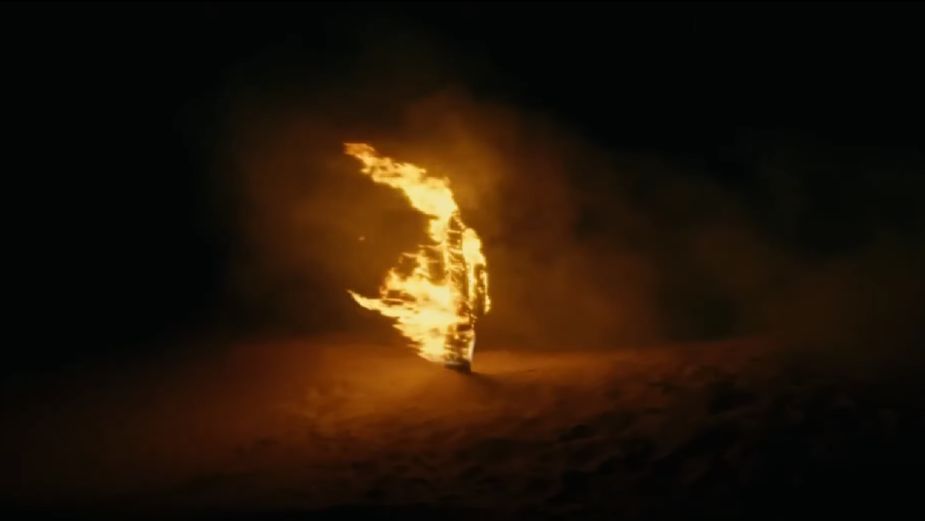 7. Of course the jump shot! This was a last-minute decision that had not even been discussed until a few days before delivery. This jump was filmed for real, with a super-safe car (rigged with a roll cage and all the safety gear) and a talented stunt driver. Once in post, we worked up style frames to determine the look of this shot and then built a complex scene filled with layers of atmosphere and a stylised matte painting for our backdrop, all while managing to keep the interactive dust elements from the original plate. It screams werewolf and has great throwback appeal. 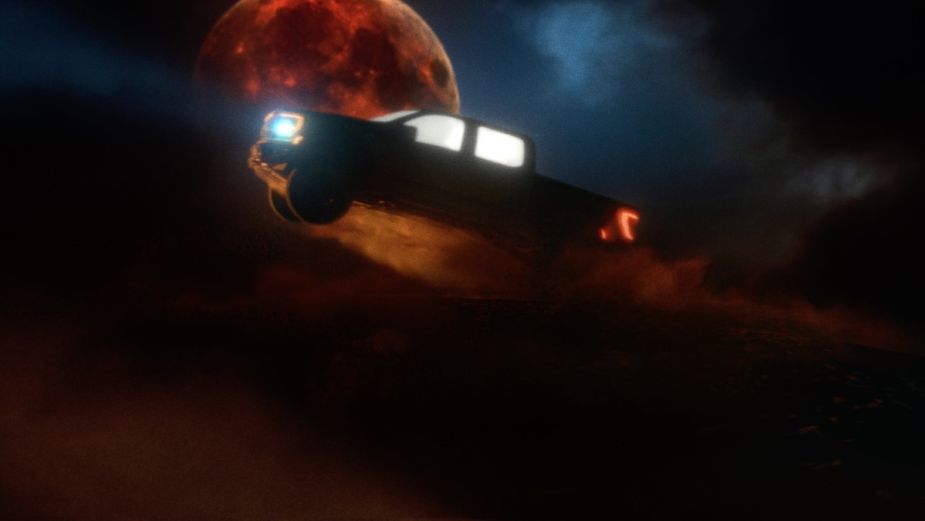 The sheer amount of creative work in the time frame meant everyone had to be firing on all cylinders. Not just to get the work done and keep it up to the standards we are proud of maintaining, but also to make sure that we did adequate creative exploration. On a shorter schedule, it can be easy to go with the first great idea you have, but that isn’t always the best idea there will be. We definitely improved some shots and sequences by putting in the extra effort to try some different avenues before committing to a concept or execution. The challenges were well worth the experience for the team and the amazing outcome.

From the moment we spoke with our friends over at W+K about this film, we were committed. It’s not every day you have the opportunity to work on something as unique and exciting as this. We had people asking to be put on the job, knowing the turnaround was extremely tight, just so they could have the opportunity to do some cool horror shots. It was a great experience for everyone and the team is very proud of their work.

The sound mix is fantastic and really helps with all the story beats. I love the moment when the weird, otherworldly creature scuttles in front of the fire. It’s really unexpected! The weird sound design helps make that shot feel really strange to me. 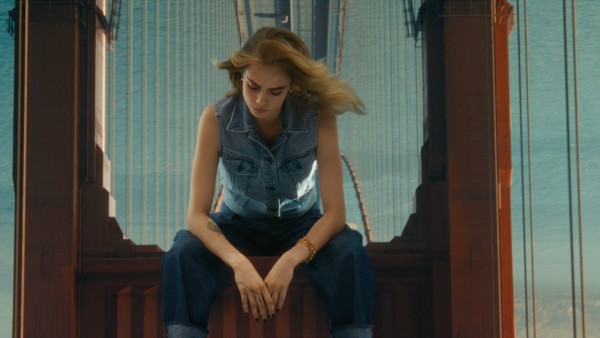 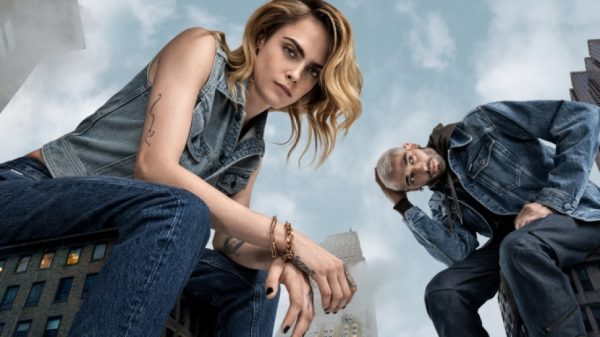 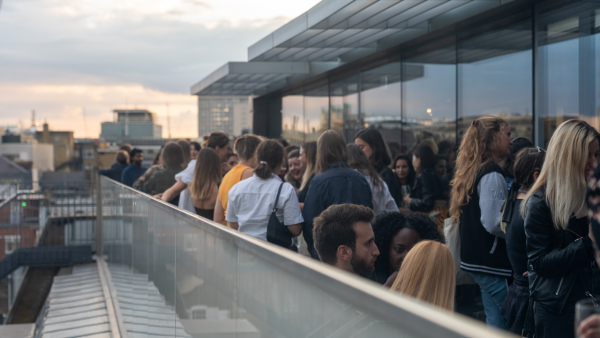