“To see a World in a Grain of Sand

And a Heaven in a Wild Flower

Hold Infinity in the palm of your hand

And Eternity in an hour”

Auguries of Innocence by William Blake

It was with these words, back in 2016, that the most talked-about man in gaming announced his new project.

That man was Hideo Kojima. That project, DEATH STRANDING. If you don’t know Hideo Kojima by now (how is that possible?) here’s Mill Creative Georgia Paes to give you some background. Georgia, What’s the story with Hideo Kojima?

Georgia: Well, he’s pretty cool, isn’t he? Just look at his Instagram. He’s an icon. A gaming auteur. He invented the stealth action genre with Metal Gear Solid and he’s been making amazing games ever since. They’re always strange, beautiful and totally unmistakeable. His worlds feel so distinctive and detailed to me. They make you laugh one minute and then next minute… goosebumps.

Exactly. The enigmatic games designer is, and always has been, a man who sees a world in a grain of sand. And what worlds they are, packed with innovative game mechanics, wild storytelling and endless pop culture references. And the visuals… My god, the visuals.

Suffice to say, Hideo Kojima is something of a hero at Windmill Street, appealing to pretty much every aspect of The Mill’s raison d’être. So when KOJIMA PRODUCTIONS sent a little DEATH STRANDING DIRECTOR’S CUT brief our way, we knew we were the right people for the job. We are, after all, experienced world-builders ourselves.

For those that don’t know DEATH STRANDING, Kojima’s brilliant and much-debated masterpiece, here’s Mill Creative Bella Andrewartha to talk you through it:

Bella: How do you even explain it? It’s not explainable! It’s a really original adventure game where the only hope of saving humanity lies with a kind of… post-apocalyptic super-postman and his sidekick, a newborn baby in a glass jar. To survive you need to run, shoot and explode your way across America. It’s bold and thrilling but it’s also calming, relaxing and beautiful. Sometimes I just sit back and enjoy the ride. It’s fair to say I have never experienced anything like it.

I hope that’s cleared things up. DEATH STRANDING is, above else, a unique and powerfully creative game that carries Kojima’s authorship in every frame. We felt very privileged to be invited into this world.

Back to KOJIMA PRODUCTIONS. Their brief to us was a simple one:

Create a film concept to help us launch DEATH STRANDING Director’s Cut (DSDC), a new, expanded version of the game that would be arriving (for the first time and with much fanfare) on PC. KOJIMA PRODUCTIONS wanted to showcase their incredible game footage in a way that felt fresh, attention-grabbing, and really landed the message that DSDC was coming to PC. So we came up with a simple idea. Here’s Mill CD Tom Dibb to explain it:

Tom: It all comes back to the William Blake thing — a world within a grain of sand. Kojima had taken that philosophy even further for DSDC — injecting more story, more kit, more environments — and we devised a film concept to communicate that visually. It uses long, picture-in-picture motion sequences to showcase the depth and detail of Kojima’s worlds. At the film’s climax, we move through one of these sequences to our final destination: the screen of a mysterious desktop PC. It’s there for a moment, and then gone. In this sense, the film is a very literal articulation of our marketing message: DEATH STRANDING DIRECTOR’S CUT (and its worlds within worlds within worlds) is arriving on PC.

We felt the concept was clear, communicative and true to the KOJIMA PRODUCTIONS brand. They agreed. So it was on to the small task of making it. Bradley Fletcher was the lead creative on the job, and can talk you through how this film was built:

Bradley: KOJIMA PRODUCTIONS supplied us with 50+ hours(!) of game footage and we built that into a master shotlist that covered every kind of game moment — landscapes, flora, fauna, characters, weapons, giant flying whales… the usual stuff. We were looking for those killer moments that would become our hidden cut-points, eye-popping colour matches, and seamless camera moves. We wanted to take a journey into the beauty and atmosphere of the game, but also capture its strangeness, and deliver those ‘hit you over the head and drown you in black tar’ action sequences that would grab attention on social.

Across a number of weeks these killer moments were built into an AfterEffects behemoth by Paul Bloomfield and Wil Colquhoun and spiced up with a few crafty cuts from Rauri Cantelo. The result stands before you on this page. The film also appears in various incarnations on social channels, Youtube and all the cool places gamer kids hang out, immediately garnering such praise as “Bro went so hard on the editing” and “This trailer was A E S T H E T I C”. 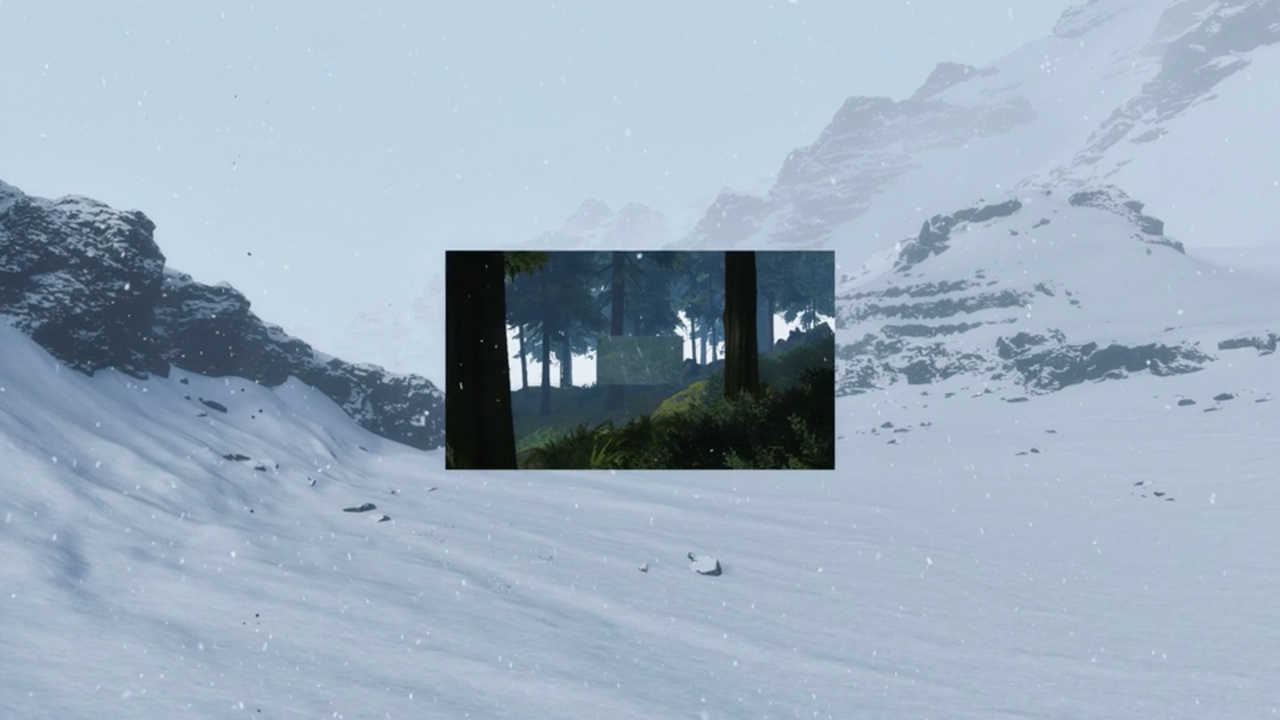 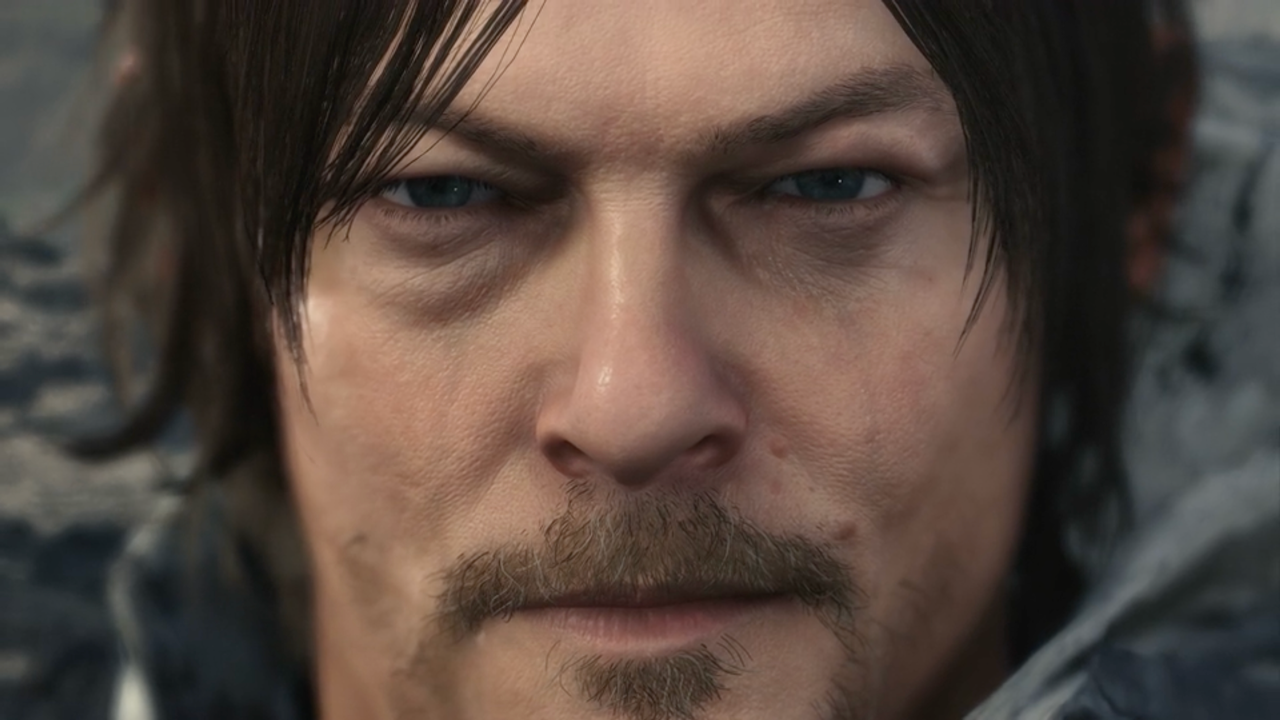 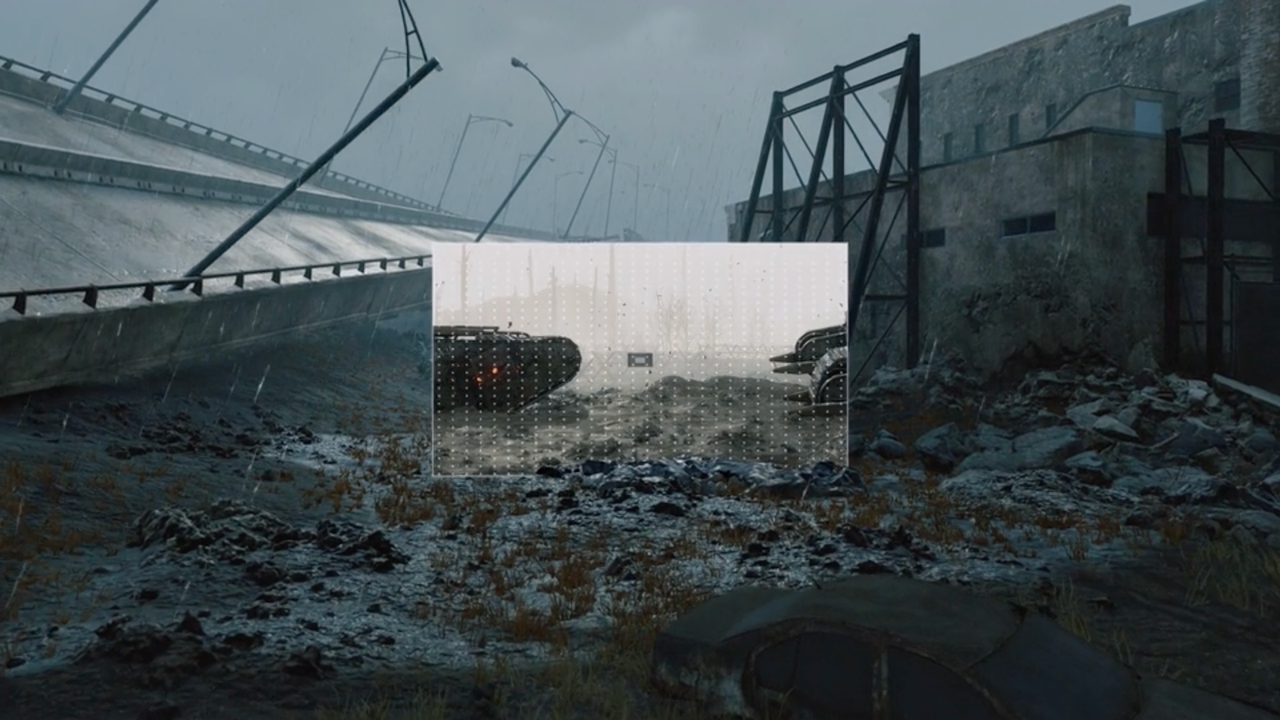 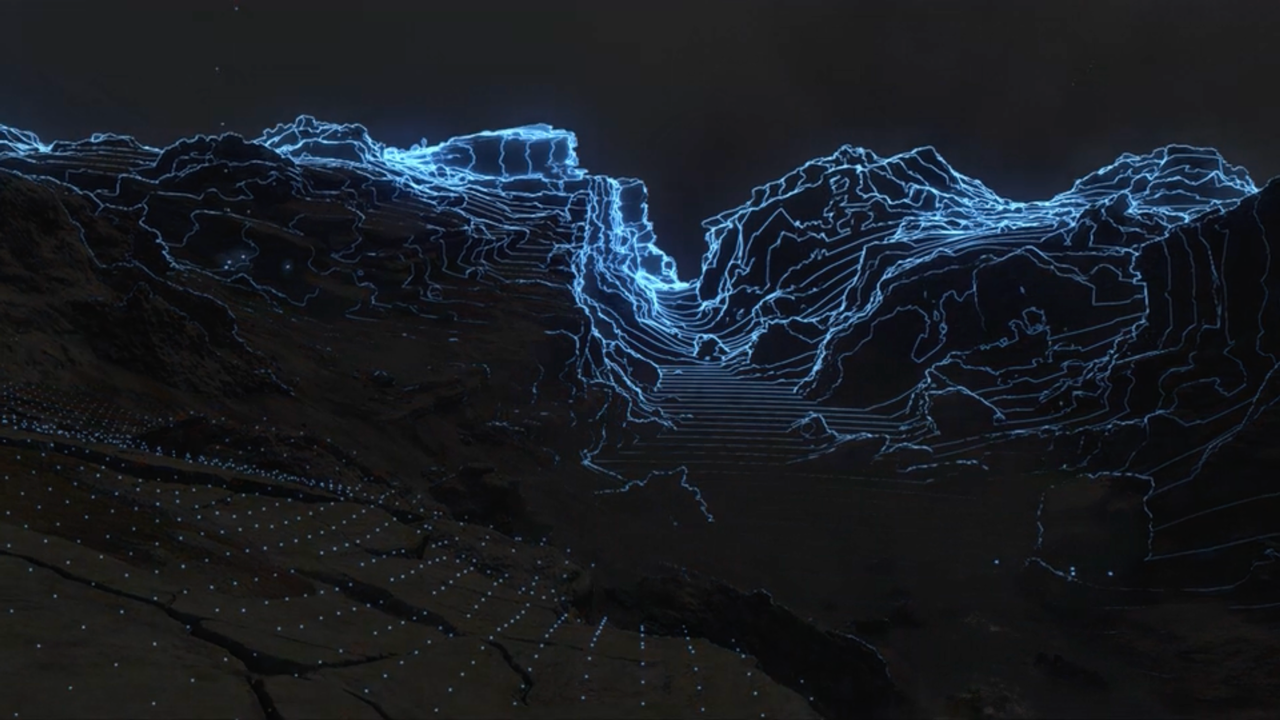 You can get in touch with our Creative Production team via our contact page.