The Mill teamed up with Erich & Kallman to deliver the Jolly Rancher brand’s latest campaign featuring their all-new gummy version of the classic hard candy. We sat down with Director Lisha Tan and CG Lead Monique Espinoza to get their insights on the adorably sweet spot.
Work May 10, 2020

Director, Lisha Tan, comments “‘Jolly Rancher’s ‘Hatching’ is a magical hybrid of live-action and VFX work. For the live action-shoot, we cast a cheeky bunch of teenagers to be in the commercial and interact with our ‘gummy gang’. The set decorator built the kitchen of my dreams! The lighting was a key element in this spot; we had to light the window as if there was the natural morning light coming through, in order for the candies to change into their gummy form. To get the movement of the gummy gang synchronized, we attached a bit of fishing wire to the plate and moved it along to the audio on set. I also had printouts of the gang at the proper scale and placed them in each shot for reference. At the studio, we replaced the practical candies with their adorable CG character counterparts, which were developed by the great Henry Deleon.” 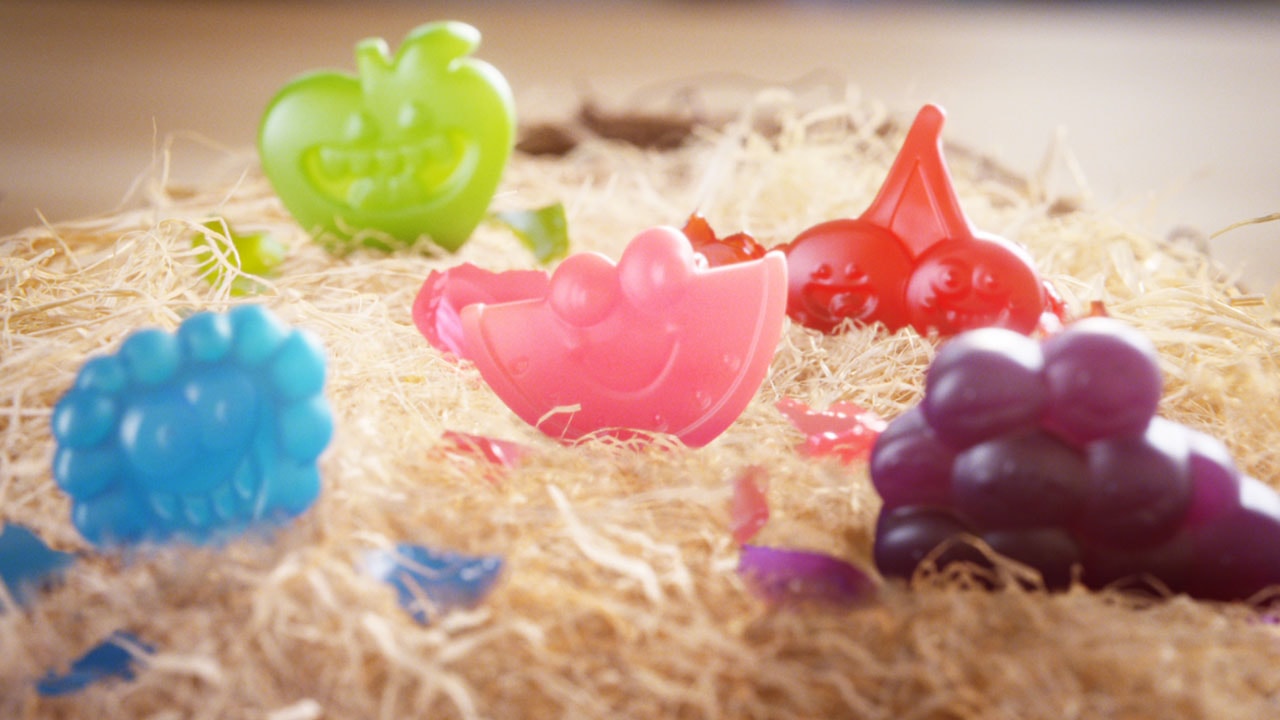 CG Lead, Monique Espinoza, adds “We had an amazing group of artists working on Jolly Rancher, who had five independent and unique characters to animate! These characters didn’t talk, so they needed to express feelings through body language and facial animation. Because of the schedule, this job had a very unique 2D and 3D rig set up that made it quicker to create and animate the characters. The unique 2D facial rig produced displacement maps that allowed a lot of freedom to whatever kind of face or expression we wanted to give to each particular character. It also gave the characters a very stylized stop motion look. I think it added to the highly critical cuteness factor!”