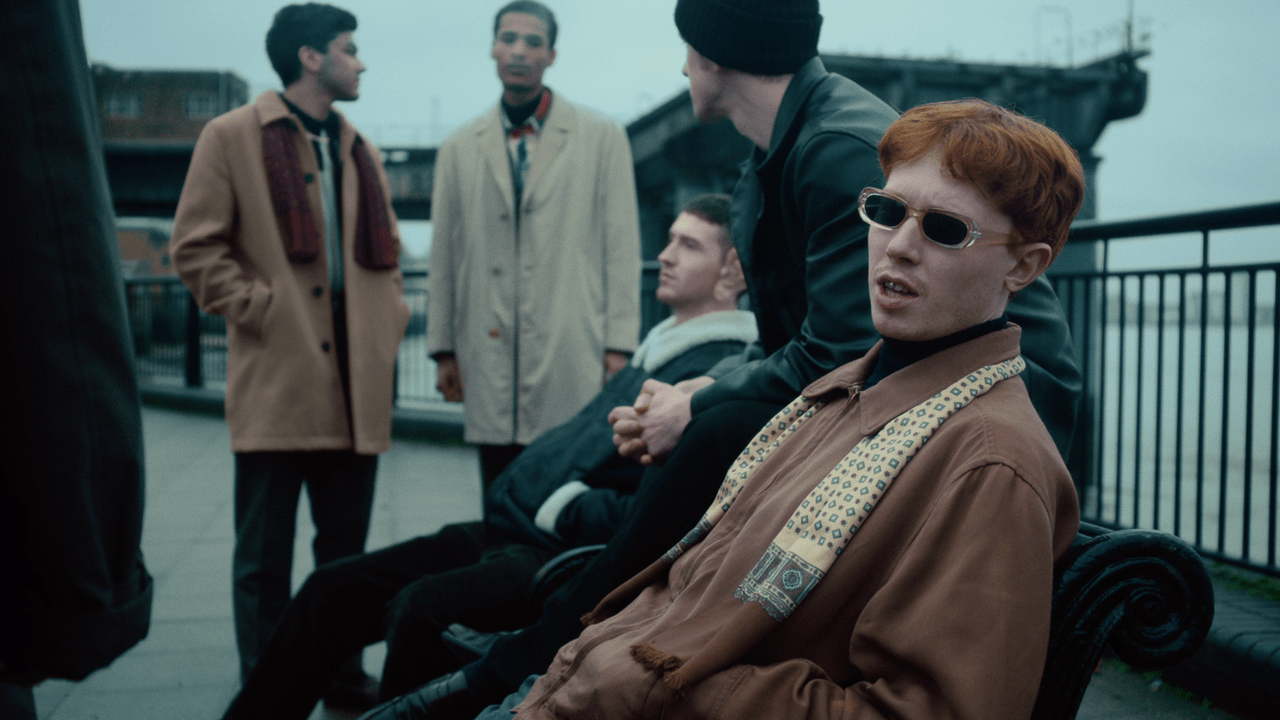 London-based singer-songwriter King Krule (aka Archy Marshall) clearly revels in a slouchy, oversize suit. A decade ago, when he first started releasing songs under the moniker Zoo Kid at the tender age of 16, Marshall’s style veered bookish—think boxy blazers with scoop-neck sweaters and plaid shirts. As he’s gotten older, though, Marshall has incorporated more streetwear into his wardrobe. He released a capsule collection of merch with Los Angeles-based brand Babylon LA following the release of his most recent album, The Ooz, a couple years back. But now his wardrobe is taking a sharp turn in his new video for “Alone, Omen 3.”