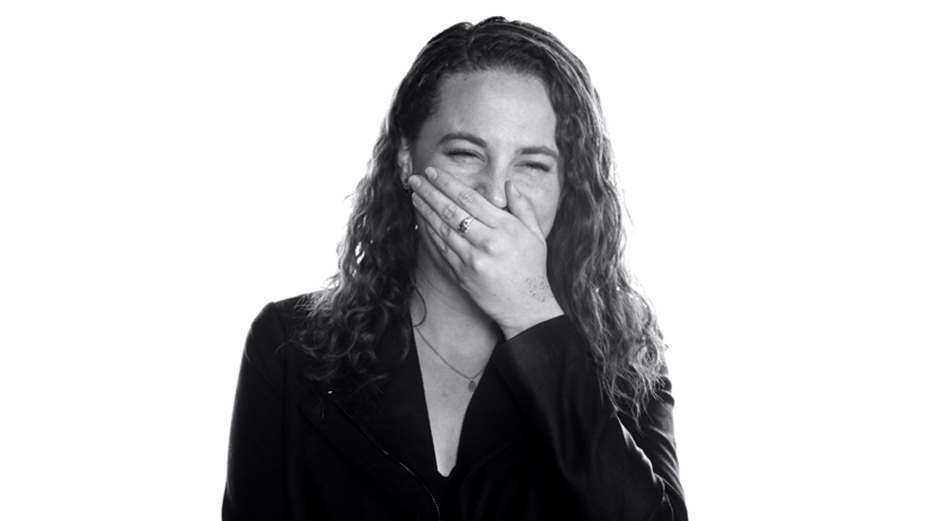 What first attracted you to production – and has it been an industry you’ve always worked on or did you come to it from another area?

I managed a bakery below my apartment before I started working in production. It was a Polish bakery in Chicago’s Old Town. I used to wake up at 4:30am and walk down my back fire escape to unlock the shop and start loading in the fresh pastries and produce for the day. In between shifts, I was interviewing all over Chicago, in pursuit of a career I could sink my teeth into. And if I was lucky enough, something creative.

I had a brief stint as a ‘freelance graphic designer’ before that. Which was just a nice way of saying that I was, for the most part, ‘unemployed’. I studied Graphic Design and Business in college. I loved the idea of making art accessible. Creating something unique that would find its way into the world on something as simple as a coaster. Art that people interacted with every day, and didn’t even know it.

My cousin worked as a producer for a film editing company that shared an office space with The Mill’s Chicago location. That’s how I first heard of The Mill. She mentioned they were looking for runners, and that I should enquire. I remember speaking to her dad before my interview. He told me, “Go in there and tell them you’ll do whatever it takes to get the job; and try to wear something cool” (speaks volumes to my fashion sense at the time haha). So that’s what I did. I got an interview, and sat down with the head of operations and the Managing Director at the time, and said, “I don’t know who you are, but I will do anything you guys need me to do here” (pretty embarrassing in hindsight, and a story I will never live down). And about two weeks later, I got a call that I got the job. So I left my role serving coffee at the bakery, to serve coffee at The Mill. All great stories have to start somewhere

What was your first role in the production world and how did this experience influence how you think about production and how you grew your career?

I started at The Mill as a runner in 2015. I was very green, and in awe of everything. I picked up coffees for colourists, peeked in on client sessions, ran drives around town, and scrubbed scuff marks off the floor with a tennis ball on a stick. I was just happy to be there. I had never been surrounded by so much creativity, and I didn’t understand half of what was going on around me. I just knew I loved it. It was the most fun I had ever had at work.

Although I have moved through a few roles since then, I still carry that same spirit with me. ‘Once a runner, always a runner’. No task too big or too small. No one of us is bigger than the other. It’s about the success of the team. And sometimes that means rolling up your sleeves and getting your hands dirty.

I got to learn about the industry, as I built my career, from the ground up. And that experience was invaluable.

How did you learn to be a producer?

People took the time to teach me. I had zero production experience before starting at The Mill, and I was fortunate enough to work alongside some incredible producers, operations managers, and artists who taught me everything I know about VFX. This involved a lot of listening at the beginning, and scribbling down unfamiliar terms on post-it notes, so I could look them up later. It also involved a lot of mistakes, and growing through errors I made on the job. I put my hand up for every opportunity I could, and slowly started building my career. I’m still learning how to be a producer – well, a better one at least! Our industry is constantly evolving, so to say I’m done ‘learning’ would be a disservice to myself and the teams I work with every day. I like doing good work, for great clients, and there’s always room for improvement there.

Looking back to the beginning of your career, can you tell us about a production you were involved in where you really had to dig deep and that really helped you to grow as a producer?

Back in 2017, I was the production coordinator on a job for Nike Lacrosse out of Chicago. We had teamed up directly with the brand to create an identity for that year’s cleat launch. This job was the first ‘soup to nuts’ project I was heavily involved in, and it was wild. Hours of research, creative development, and planning resulted in a near 20-hour shoot day, an 80-second film for TV and digital platforms, and a slew of print assets. The budget was tight, and we were calling in favors left and right. It was a truly ‘Chicago’ experience, everyone came to help. We called neighbors and family to stand in as extras on set. I ran talent, wardrobe, props, and VFX; not to mention moonlighting as a designer to help develop some of the print assets. Everyone involved played an equal role in pulling off this feat, which made it even more special in the end. It was the definition of hard work, and collaboration, paying off. I felt a spark while working on this project, and I’ve been chasing that high ever since. And, almost five years later, I think the spot still holds up, which is pretty cool.

A good producer should be able to produce for any medium, from film to events to digital experience. Do you agree or disagree with this statement?

I don’t know if a good producer should be able to produce for any medium, but I do think that we could.

That’s just the nature of production, and producers. We like to dig in, get our hands dirty, ask questions, and find solutions. And if we can’t solve it, we know who to ask.

At The Mill, we pride ourselves in being industry leaders, at the forefront of creative development and technology. So, sooner or later, you find yourself on a job working with a new software/platform/medium/etc that you might not have years of experience in. And in those instances, you adapt, you learn, and with a bit of elbow grease, you get the job done.

I would also be remiss not to mention how much of my job depends on the guidance and expertise of the artists, and producers, around me. No (wo)man is an island.  The success of any job is directly linked to the strength and determination of the team.  So I guess my answer would be – with the right team, you can do anything.

What’s your favourite thing about production and why?

I love the proximity to creativity. I am not a technical artist by trade. So, to be able to contribute to the success of a creative campaign, in my own way, is incredibly rewarding. I like to think of myself as 50% right brain, and 50% left brain. I love being involved in the creative development process, AND finding a way to bring that brief to fruition. What good’s an idea if it’s stuck in your head?

Read the full article on LBB or get in contact with our VFX teams via our contact page.