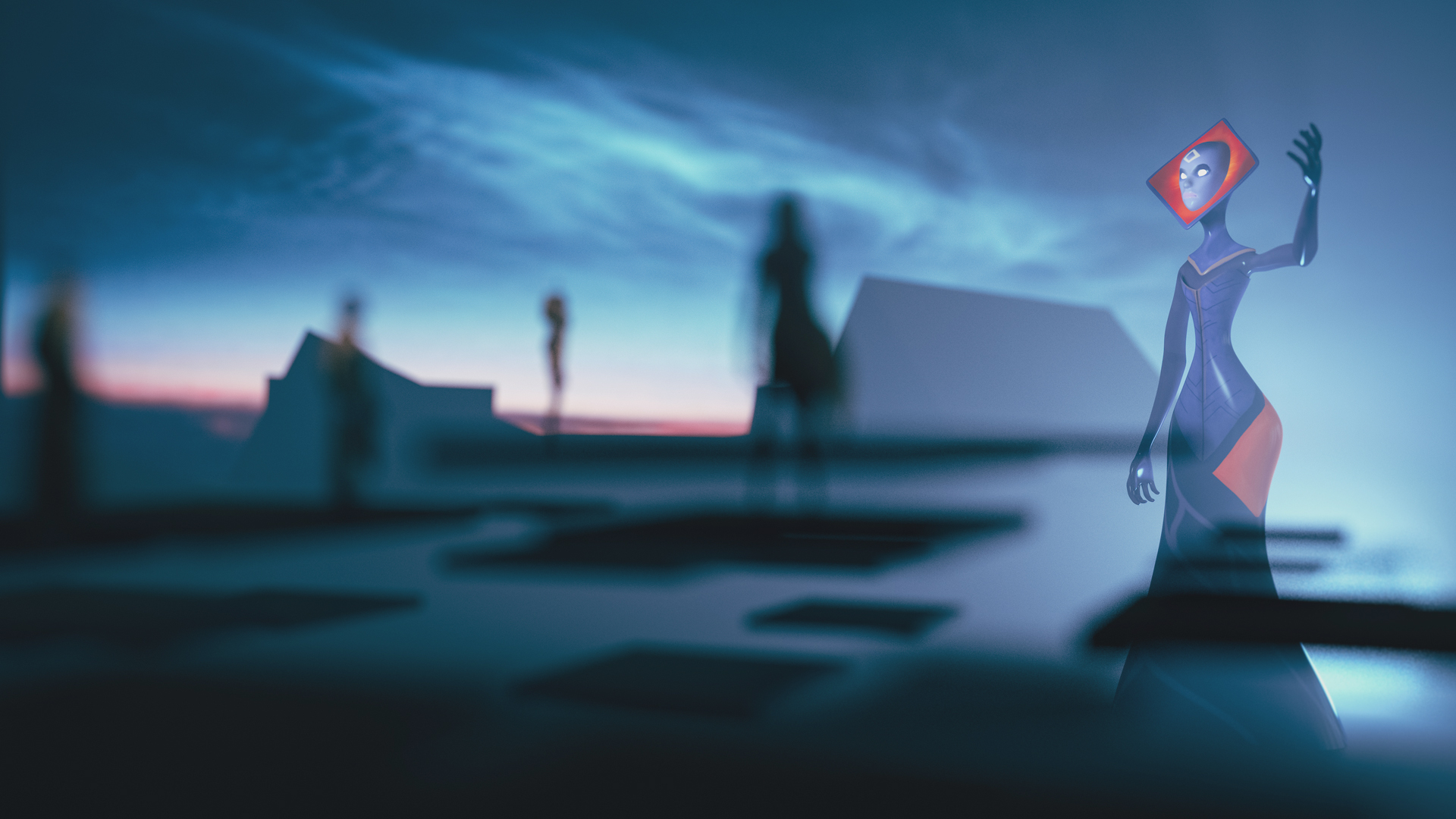 As Lovecraft Country’s twisted and stunningly potent narrative continues to unfurl week by week, a new gateway into its world has opened via the virtual realm.

Looper received a generous — if appropriately ominous — invitation from HBO and the digital artists at The Mill (accompanied by the gift of a brand new Oculus Quest VR system) to take part in a series of three special events in the “Sanctum,” a virtual reality space within the world of Lovecraft Country. As we reported a few weeks ago, the first event, titled “The Garden of Eden,” presented virtual art installations by a trio of Black artists. The second event, “An American Dream,” took place on the evening of September 24.

Where “Garden of Eden” celebrated the visual arts, “An American Dream” turned its focus to the power of the word and the voice. The experience was quite literally an uplifting one, as participants found themselves in an otherworldly landscape where magic vials granted the power to levitate impossibly high into the air. The main attraction, though, was a towering figure voiced by Lovecraft Country’s own Jurnee Smollett.

Through this animated giant, Smollett gave a spoken word performance written by Shannon Houston, the show’s executive story editor. A meditation on the power of Black grief and Black joy, the piece was interspersed with audio recordings of writer and activist James Baldwin. Altogether, the experience was as deeply moving as it was viscerally thrilling.

Of course, the experience needed a little good old-fashioned horror, too. After the spoken word performance, participants were transported to “the Abyss,” a bottomless void that required travelers to “walk the plank” in much the same way the heroes of Lovecraft Country did to reach the secret vault in the show’s fourth episode. The reward for reaching the goal at the other side: a plunge into the darkness. Fortunately, any travelers uncomfortable with heights were offered the chance to exit before confronting the Abyss — a thoughtful inclusion by the Sanctum’s designers.

Those designers have plenty to be proud of. In an interview following the first Sanctum event, The Mill’s Associate Creative Director Sally Reynolds expressed her thrill at seeing the final product come together. “One of the most interesting aspects of this project is seeing people experience social VR for the first time,” Reynolds said. She went on to point out how virtual reality is more brimming with potential than ever in 2020: “During a period where we are physically not allowed to mingle with each other, observing strangers experience a sense of togetherness in this virtual world is awesome.”

Read the full article on Looper.