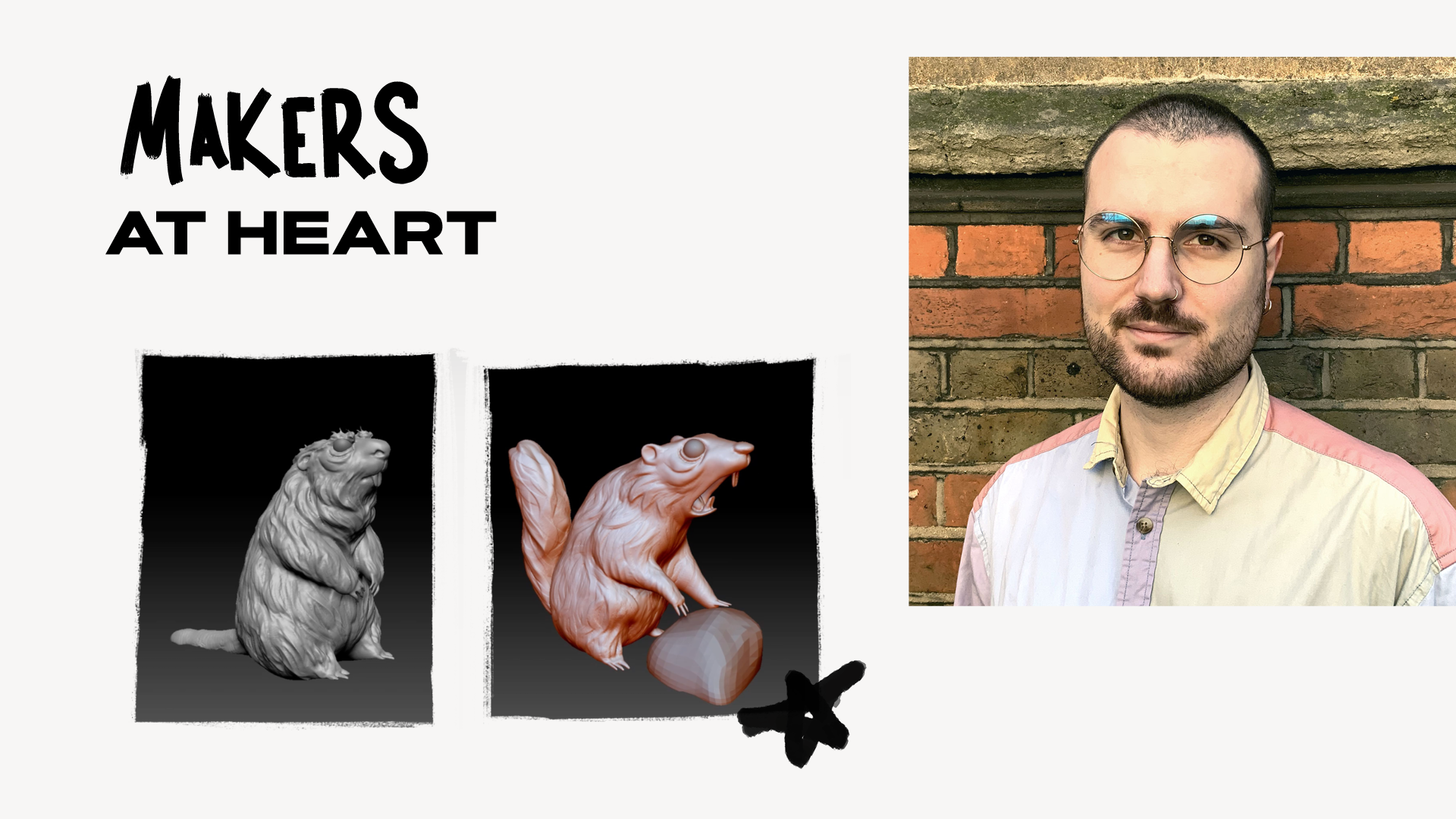 In our Makers At Heart series, we introduce the people behind the projects to hear more about their inspirations, motivations and creative insights. We spoke with 3D Animator Paul Autric about his Oscar long-listed short-film ‘Wild Love’, the key to blending horror and humour and how video games are truly pushing the boundaries of storytelling.

Tell us a little bit about your role at The Mill and how long you have worked here?

I’ve actually integrated into the studio quite recently! I joined The Mill’s animation team at the beginning of January and I’m now working as a 3D animator.

You have recently been longlisted for the Oscars with your film ‘Wild Love’. Can you tell us about the project and how it came to fruition?

‘Wild Love’ is the story of two lovers, away on a romantic getaway in the mountains who accidentally cause the death of a groundhog. The rodents then seek revenge, and in a very bloody way…

This short was our graduation film from the Ecole des Nouvelles Images in France, and we were a team of six students making it.

What connected us as a team was the desire to tell a very adult story and go against the popular misconception that animation is a medium directed towards kids. We strongly believe that animation isn’t a genre in itself, but a wonderful tool that can tell any kind of story. ‘Wild Love’ has now accumulated over 100 festival selections worldwide and 26 awards, so I guess we’re not the only ones who believe that!

Can you explain the creative process that went into making ‘Wild Love’? What was your inspiration behind the project and how did you bring the animation and storyline together?

‘Wild Love’ primarily came from a common want to tell a silly story and make people laugh, with a very dark and shocking twist. The original idea was funny enough in itself, cute rodents turning into killers and slaughtering dumb hikers, which was already quite promising.

So a big part of the writing process was just to build upon this base idea with more and more silliness, to find the most impactful ideas or the most efficient gags for each sequence.

Of course, animation plays a big part in storytelling, so all the acting choices were made in service of the scenario. We decided to go with a fairly cartoony style of animation, firstly because it was more prone to conveying humour and physical comedy, but also because it creates a clash with the horrible things that happen on screen. This clash between toony style and extreme violence generates humour as well.

Were there any challenges you encountered while creating the film?

One of the main concerns we had when writing the story was to always make sure we never fell into pure horror, of course, there are some pretty horrific moments in the film, but they always had to convey comedy. In that regard, the characters of the two lovers were the most complex to write and introduce: they had to be relatable and credible enough so that the first sequence of the film could work as a red herring, but they also had to be dumb and annoying enough for the public to be able to laugh at their horrific fate.

Technically speaking, the biggest challenge we faced in animation was to handle shots with enormous crowds of groundhogs in them. Some of the most packed shots towards the end of the film could go up to 120 groundhogs in one scene, so we had to figure out how to handle shots this heavy and how to animate that many characters as efficiently as we could.

What is inspiring you right now?

As an animator and a director, stop-motion has always been a big source of inspiration, especially in quite old-school films like ‘King Kong’ or ‘Clash of the Titans’, when the technique was still being figured out and was quite rough.

I also think video games are a very flourishing medium right now from a staging point of view. Some games from the last few years like ‘The Last of Us 2’ or ‘Undertale’ are able to push the boundaries of storytelling and use new ways to narrate the action that cinema is still a bit reluctant to explore, which is very refreshing.

We’re now making every effort to give ‘Wild Love’ the best chance of making it to the Oscars 2021 shortlist, so we hope that you like it. And if you do, don’t hesitate to share it with your colleagues, friends and family. Any help is welcome to allow this small student film to compete against those big-budget productions.

You can find out more about ‘Wild Love’ by following the team on Instagram @wildlovemovie and Facebook.