How Artists at The Mill teamed up with Marshawn Lynch to create an immersive visual experience.
Press January 3, 2023

When Subway and experiential agency Momentum Worldwide wanted to create an original experience for their NFL player-inspired Signature Sandwiches at the 2021 Super Bowl, they looked to the artists and technical wizards at The Mill in Chicago.

After assembling a superstar team, they concepted and created an original two-minute experience called the Subway Vault, which included narration by NFL legend and Signature Sub creator Marshawn Lynch.

We talked with Mill Director Donnie Bauer about the project, which won “Best Brand Experience” honor at this year’s Hashtag Sports Awards. Here’s how the many artists involved used Cinema 4D, Redshift, Maya, ZBrush and more.

How did this project come together?

Bauer: The NFL was heading towards Los Angeles for Super Bowl 51 and leading up to the game, there is a whole week of events throughout the city, including large scale activations and experiences inside of the Los Angeles Convention Center. Subway is an official NFL sponsor, and they wanted to create a unique fan experience.

This project started through our Chicago-based Executive Producer, Jenny Lumpkin, who has a relationship with Momentum Worldwide. They are based in New York City, and they specialize in big time events and large-scale activations. Subway was a client of Momentum and they wanted to create a physical vault with all original content inside.

The idea was to walk through a big vault door into a room filled with videos on LED screen. The dark space would then be illuminated and create a wraparound experience with full 360-degree audio. 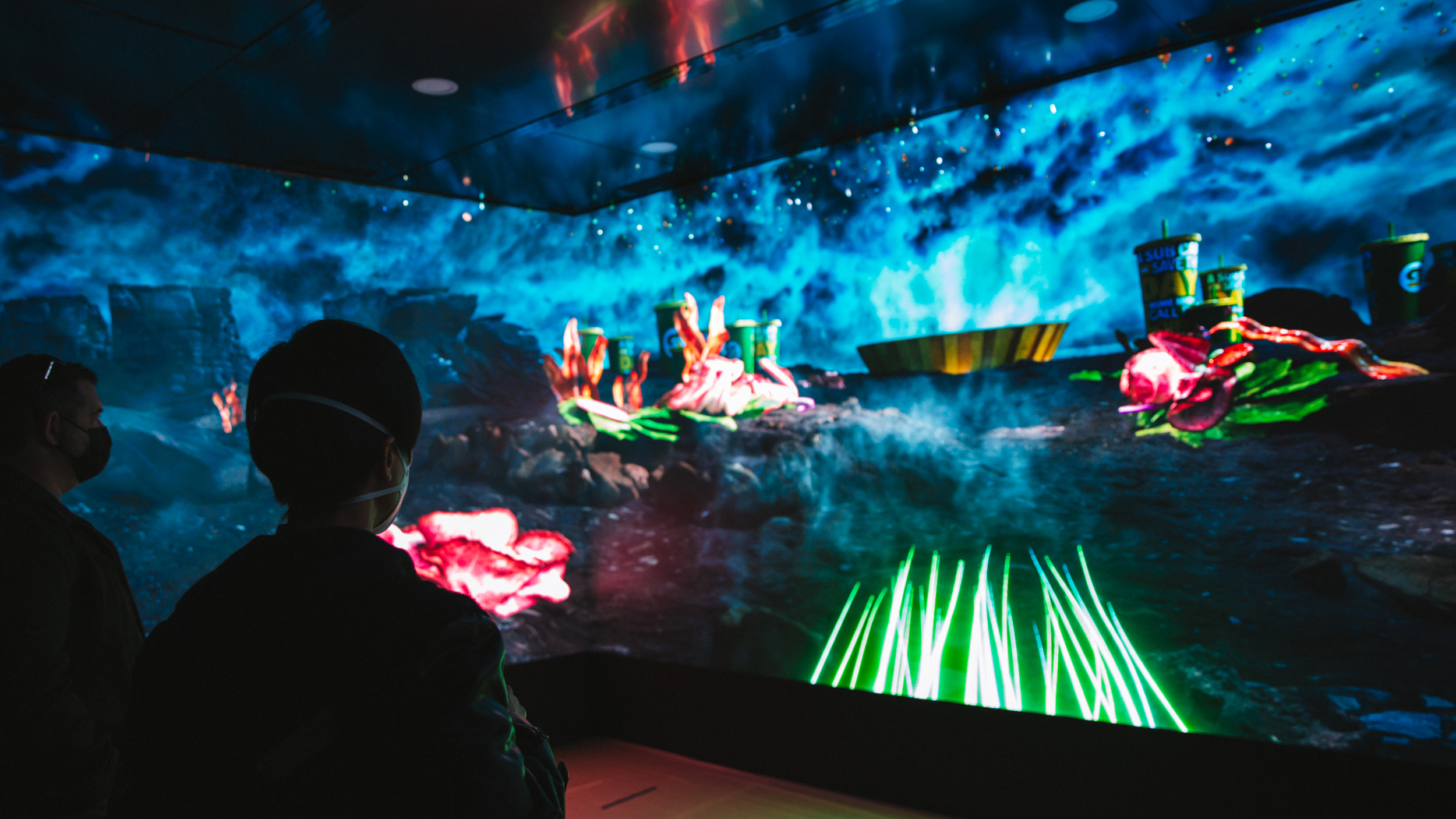 Momentum came to The Mill to flesh out the film component. We were tasked with creating the VFX animation, fleshing out the script, pre-viz and execution. We also matched the work Momentum built out throughout the Vault, which had a futuristic exterior with Subway branding.

There were neon tube lights, and it was very shiny and cool looking. There were about four companies working on this simultaneously, so for me personally it was a very cool and fun project. We were on Zoom calls with the physical manufacturers of the space, the sound designers, Momentum and our team.

Tell us about the visual concept.

Bauer: The Vault had a very large footprint around 30 feet wide by 40 feet deep. Momentum Worldwide provided us with a brief and art direction for the space, so we knew what people would experience as they entered the vault. 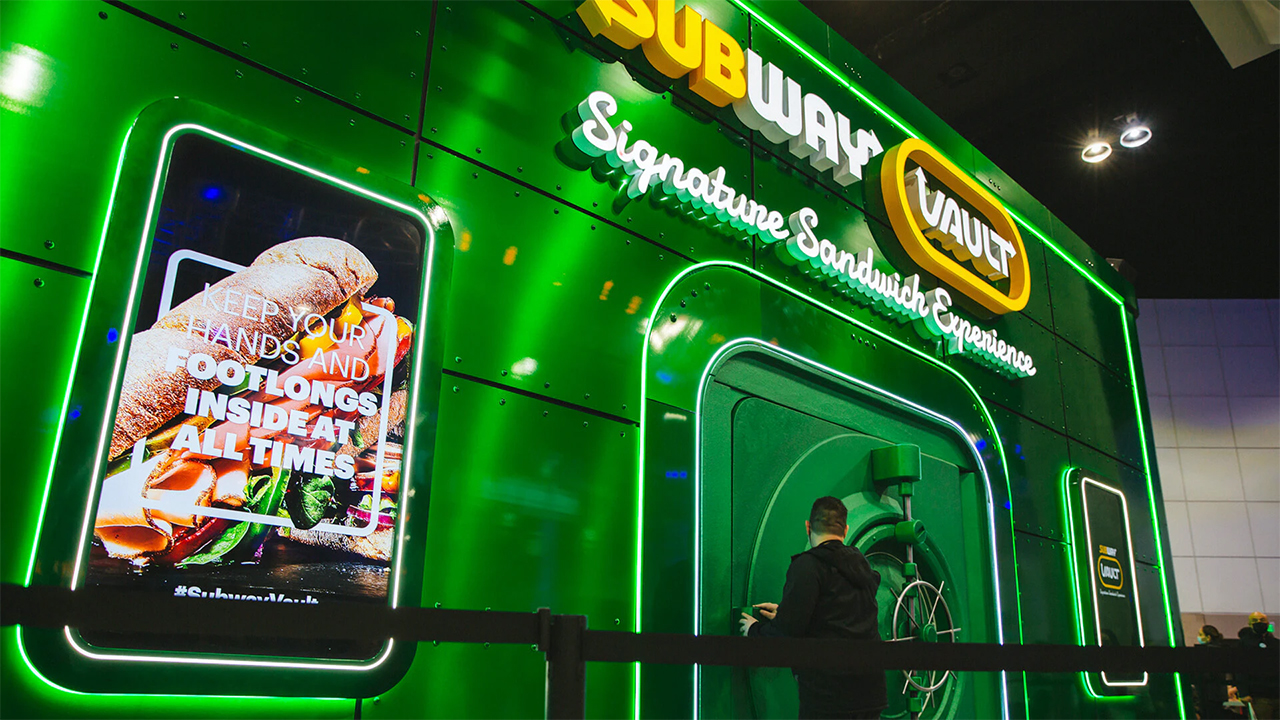 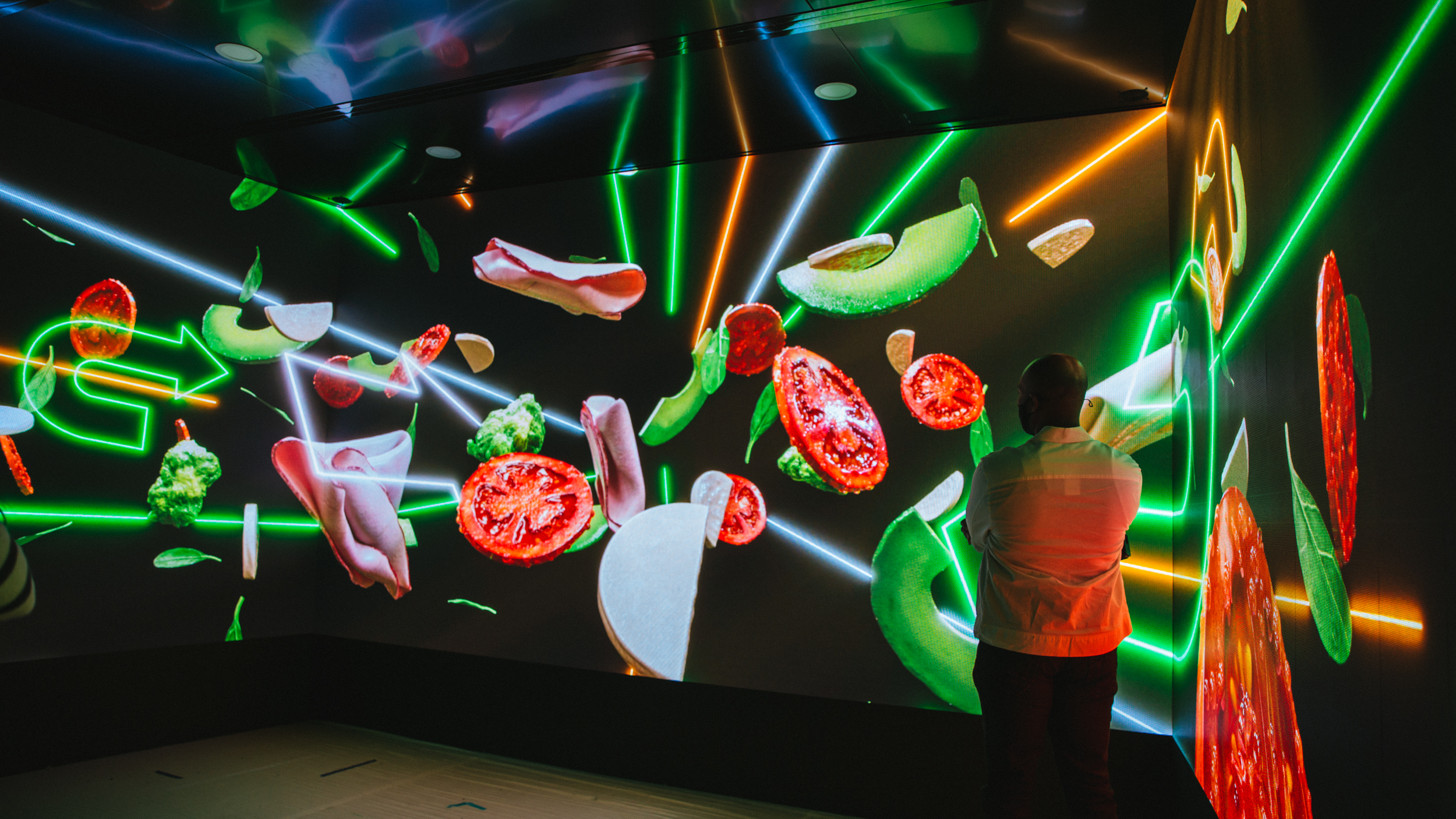 My team then went into a pitch mode and created a deck where we visualized each of the sandwich worlds. We used Cinema 4D, After Effects, and Photoshop to begin the concept art. And we developed a technique using C4D’s stereo camera, so we could actually render 360-degrees right out of C4D. After doing a test, we were able to create a series of video clips that we could map onto each of the LED screens.

For the best viewing experience from any angle, we unwrapped the 360-degree picture and undistorted it. Then we could chop out a front view, left view and right view. That way when the landscape was moving past the audience, the image wouldn’t stretch out on the side screens, but would continue to move off into the distance. It gave us three unique camera perspectives that were then rendered out.

Tell us about creating unique worlds for each player.

Bauer: Momentum Worldwide provided us with a loose script that was written for Marshawn Lynch. He narrated and described the three unique sandwich worlds. Marshawn had his own signature sandwich called The Beef Mode, playing off his Beast Mode persona. Then there was the Sunshine Sub for Jacksonville QB Trevor Lawrence and the Dangerwich for Russell Wilson, which was recently removed from the menu 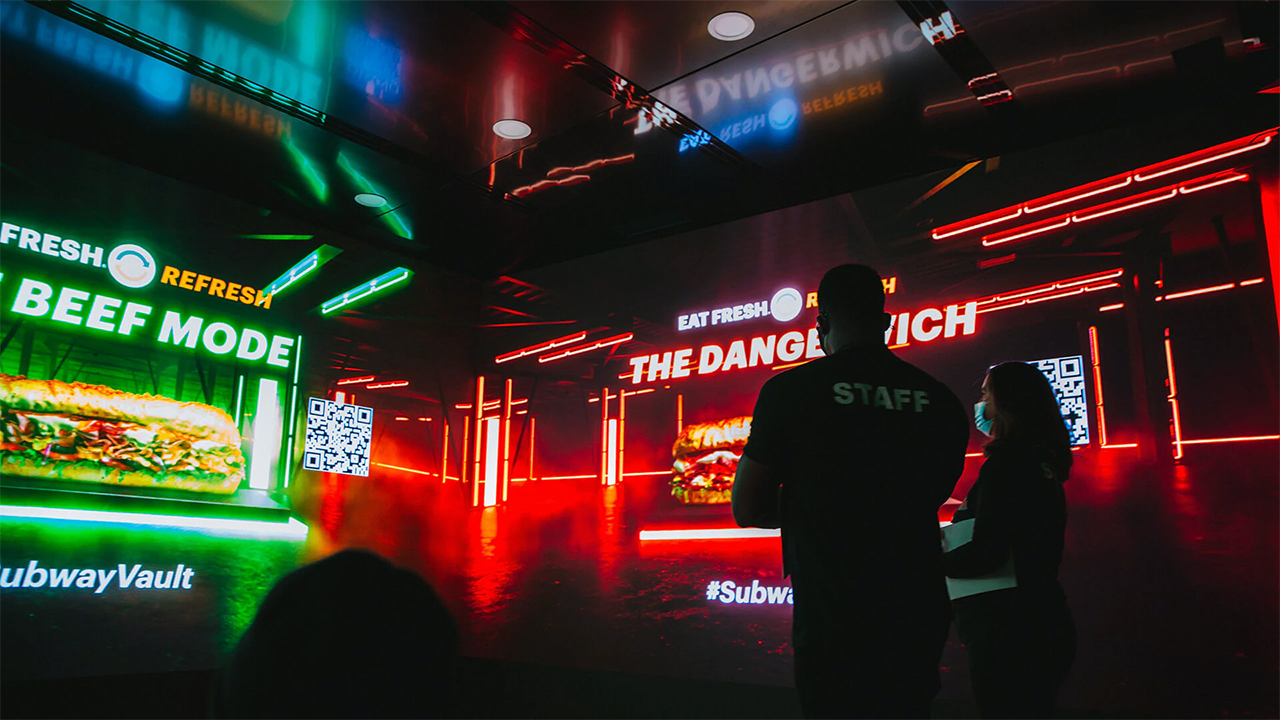 Each sandwich featured different ingredients, so we wanted to create unique experiences. With the Sunshine Sub, for example, we leaned into Florida vibes with palm trees and his long blond hair. There was kind of a surfer vibe, though we have no idea if he surfs.

All the style framing and pre-viz was mostly done in Cinema 4D, which allowed us to get approval on the style and environments easily. Then, we’d use After Effects to sweeten up the images. As we got into production, we really started to focus more on the script without making the video overly long.

How did you go about creating elements for each of the worlds?

Bauer: The final workflow made the most of The Mill’s VFX pipeline. For animation, we primarily started and finished in C4D. We also leaned on our Maya pipeline and our ZBrush artists to create a lot of the environmental aspects, particularly the ingredients. 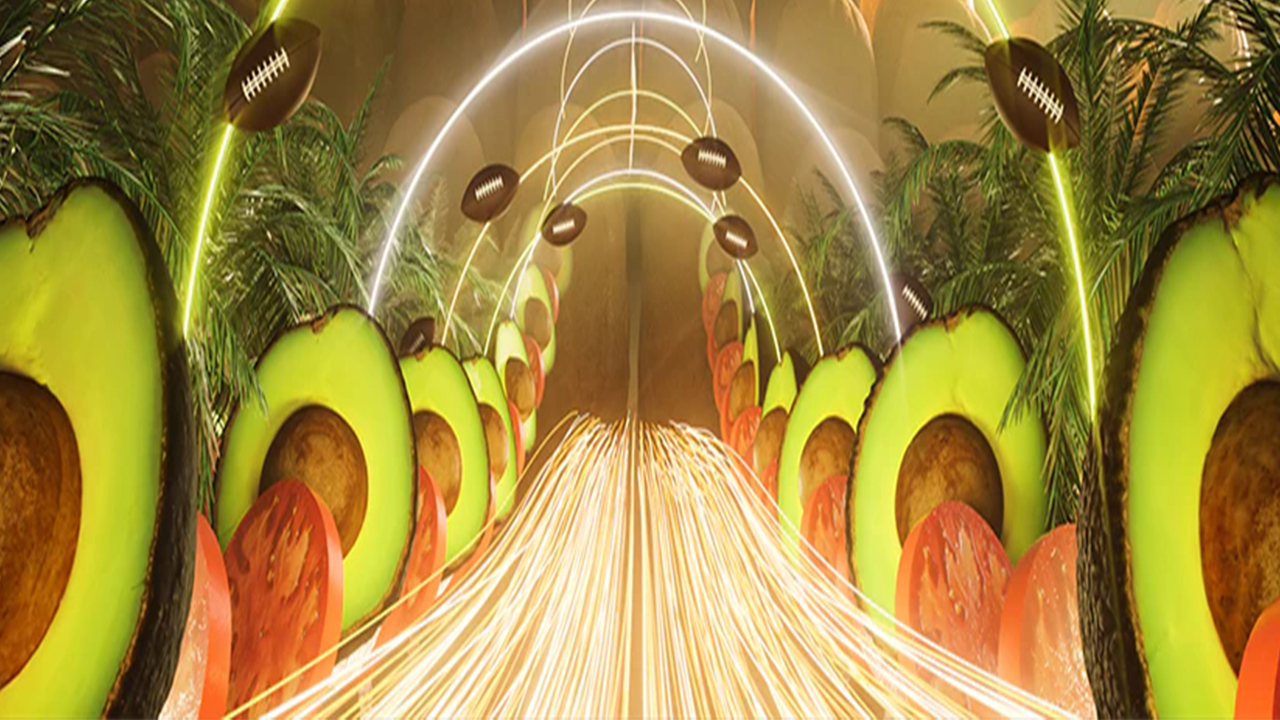 Avacado is the key ingredient on the Sunshine Sub for example. We had some avocado assets from Megacans, but Subway has a very particular way of pitting and slicing avocados for sandwiches, so they wanted us to be very specific. Our ZBrush artists sculpted, modeled and textured sliced avocado pieces, as well as mounds or scoops of avocado. 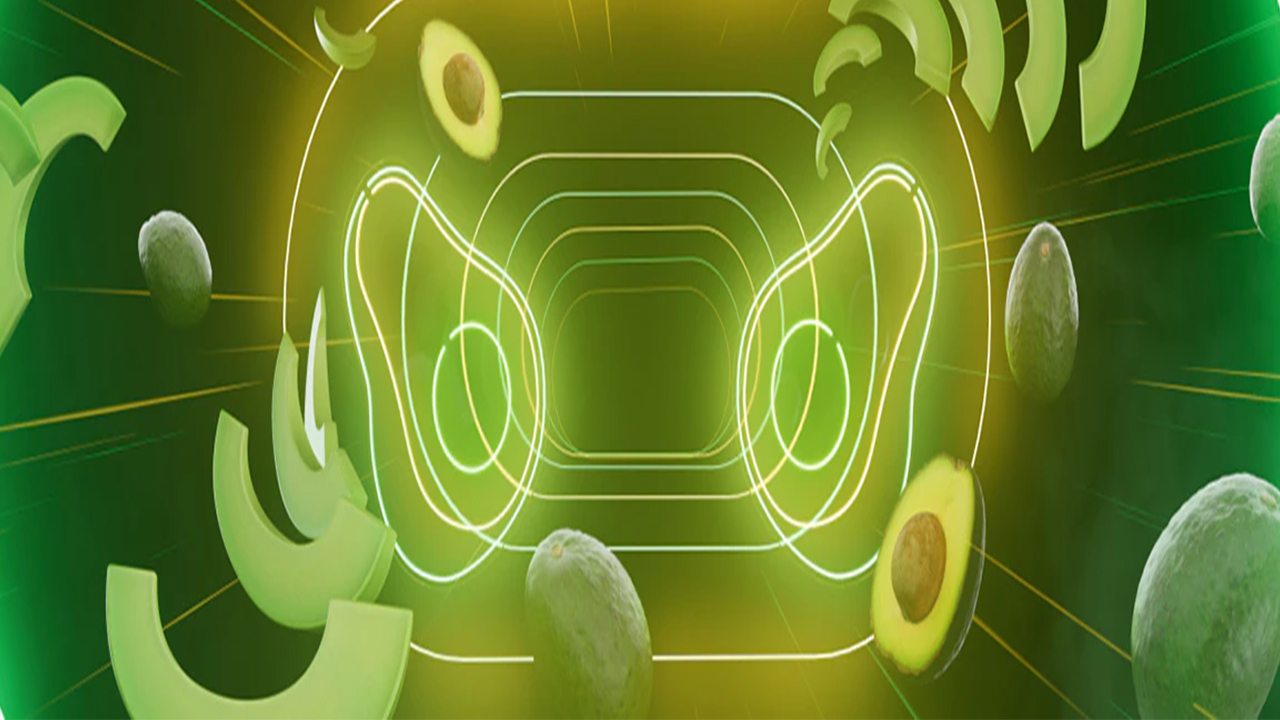 It was funny getting into deep conversations about what real food looks like. We had long talks about tomatoes, jalapenos and how to properly fluff and fold roast beef. Even the bread loaves were specifically sculpted to match what you would see in a Subway. That’s the value of The Mill’s pipeline, you have artists at your disposal to make these incredibly detailed assets.

How were all these elements assembled and rendered?

Bauer: When all of the hero assets were ready, they went into a holding stage where we had someone working in Redshift to create Cinema 4D Redshift proxies. They would take all the textures from the visual effects artists and rebuild them in a perfect shader for Redshift. Next, they went into a library for C4D artists to ingest.

The tricky part came when it was time to send the render to the farm. We had a multi-render setup where we had a render profile in C4D’s Take System that we would turn on to activate a 3D camera. The camera rig had the front and side views, so we could just punch in and make sure when assets like avocados move past you at the view angle we needed. 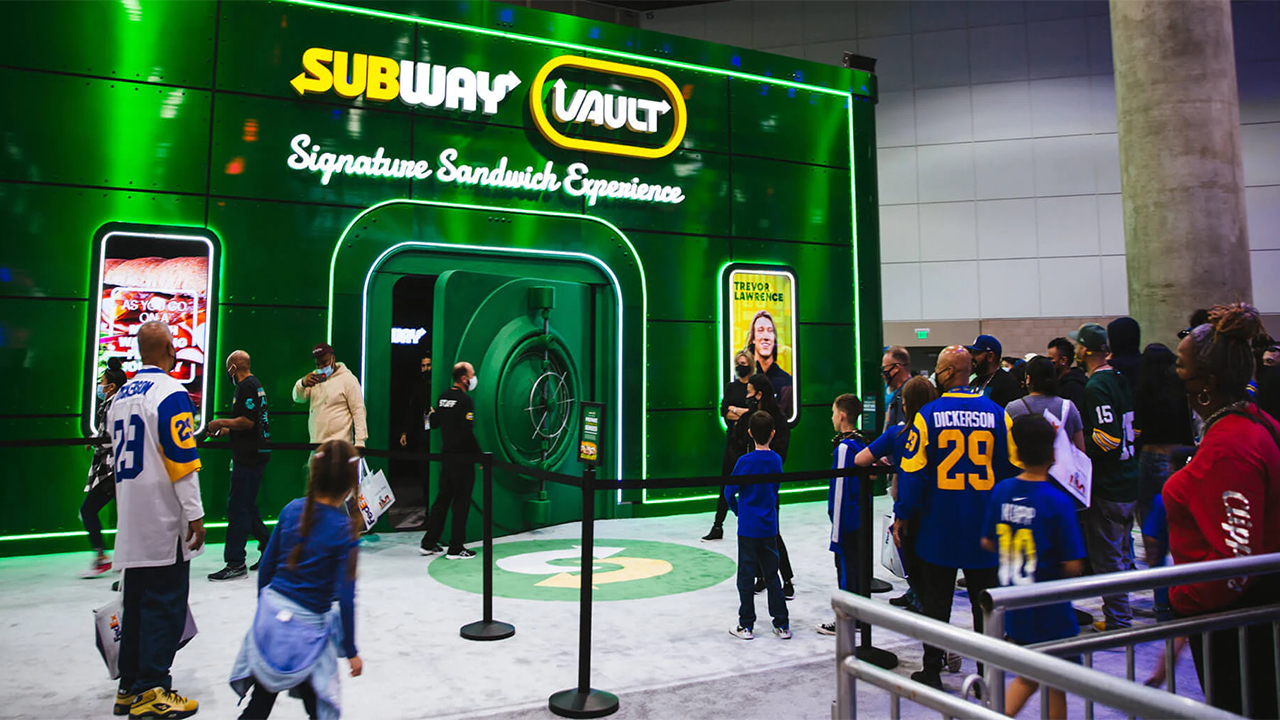 Also, instead of rendering three times, we rendered one 360-degree view with a black crop. Then we just needed to take that into Nuke to flatten it out and slice into the three perspectives and comp in the background. We sent the booth’s video techs three 16:9 renders for each screen.

What was the reaction to the experience?

Bauer: You can’t beat a Super Bowl crowd that is amped up to enjoy all of these experiences and activations. Just seeing the reactions inside and outside of the Vault was awesome.