Hold on to those feel-good moments of summer with this collection of classic Mill music videos. From fully animated Hallucinations with Dua Lipa to a dancing rebellion of CGI robots for The Chemical Brothers, we've pulled together some memorable musical moments to close out the season. Check them out below.
Work September 1, 2021 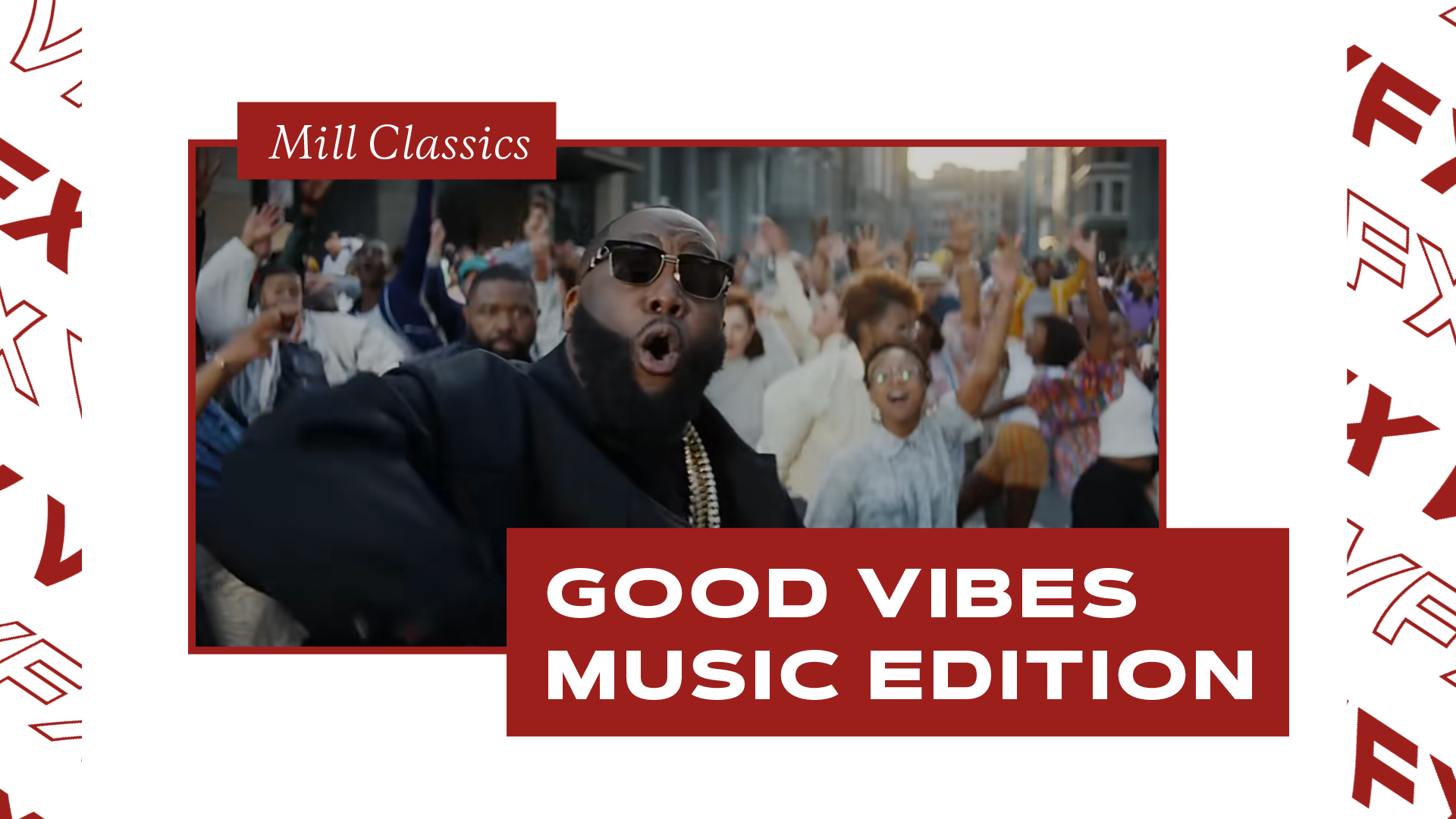 We collaborated with Dua Lipa to create a fully animated music video for ‘Hallucinate’, the single from her second studio album, ‘Future Nostalgia’. ⁣Inspired by the disco aesthetic of Studio 54 in the ‘70s and cartoons from multiple iconic eras, the video is a psychedelic animation extravaganza. Mill Director Lisha Tan, who is well known for her illustrations and animation style, packed the film with eclectic and fun characters, including an animated version of Dua Lipa crafted by The Mill’s design team.

We teamed up with Brian and Vanessa Beletic of Smuggler to craft this music video for the hip hop duo, Run The Jewels for their track ‘Ooh LA LA’ featuring Greg Nice and DJ Premier. The video cameos hip hop legends Greg Nice, DJ Premier and Rage Against the Machine frontman Zack de la Rocha, alongside a legion of dancers, a fleet of hot air balloons, and a mountain of burning money.

In creating the massive block party, The Mill’s 3D team used Golaem tools to synchronize dance sequences and transform a group of on-set performances into the thousand-strong crowd. The team also utilized an innovative Xsens motion-capture suit, to craft the movements of thousands of individual dancers. The suit was worn by a performer on-set, dancing in real time, and then that data translated an advanced range of movement which could be used to seamlessly build and blend the live action shoot with the digital dancers.

We worked closely with Director Edgar Wright of Anonymous Content to bring the hues in Beck’s ‘Colors’ to life. Choreographed by Ryan Heffington and starring Alison Brie, the music video features specialized colour grading, compositing and playful animated graphics that complement and converge throughout this endlessly watchable piece.

The Chemical Brothers ‘Free Yourself’

Collaborating with Directors dom&nic out of Outsider, we helped to create the music video for Chemical Brothers’ dance track ‘Free Yourself’. In this energetic promo we follow the dancing rebellion of robots in their storage warehouse, going almost unnoticed by the human security guards. The awakening spreads from the first robot we see emerging from her wooden coffin – as she lifts herself and begins to speak, she sparks a revolution.

We worked with Hound and Director Diane Martel to set a natural look for Miley Cyrus’ music video, ‘Malibu’. The Mill’s Colour team used brought out the organic, vibrant tones throughout the film, shot along the Southern California coastline.

The Avalanches ‘Because I’m Me’

The Avalanches teamed up with Director Greg Brunkalla co-production between StinkFilm and Walter Pictures to portray a Motown/Jackson 5 feel on their single ‘Because I’m Me’ shot in a New York subway station. The Mill’s VFX team helped to bring the feel-good piece to life, whilst Mill’s Colour team added to the retro feel of the film within the grade adding a good portion of 35mm grain each shot.

Can’t get enough of our feel-good tracks? Check out our playlist, ‘Mill Music’ on Spotify, a compilation of tracks featuring some of our favourite songs from creative collaborations over recent years.