Jason Alexander… on a hoodie? Is that a thing…? We teamed up with Director Jeff Low of Biscuit Filmworks and Saatchi & Saatchi NY on Tide ‘Jason Alexander Hoodie’ featuring the iconic Seinfeld star to help launch Tide Hygienic Clean Heavy Duty 10x detergent. In the spot, which aired during Super Bowl LV, Jason’s face animates a teenage boy's beloved hoodie, which is subjected to an onslaught of messes throughout the day. We sat down with Creative Director Becky Porter to get a behind the scenes look on how the Big Game spot was created.
Work February 19, 2021

The Mill’s VFX team expertly blended Jason Alexander’s face onto the hoodie to create a seamless look. With every mess that the hoodie encounters, from dog drool to gum, Jason’s facial features react to each grimy situation.

On creating the iconic hoodie, Becky Porter comments: “We started with a pre–shoot stills shoot with Jason Alexander in Los Angeles. Every party involved understood that this session would be the main percentage of Jason’s performance. We shot high-res images of Jason, facing direct to camera, as Jeff Low directed him through his performance as the hoodie.

From those images, Jeff and the agency made selections for Jason’s performance based on the boards. Production printed those images on multiple hoodies for the talent to wear during the shoot. This step in the process resulted in Jason’s performance being there from the very first edit. If we started filming with a blank hoodie we would have had to wait until we were well into post production before we could see how his performance was going to translate. It also provided great reference for the shots where we would use VFX for the final result. 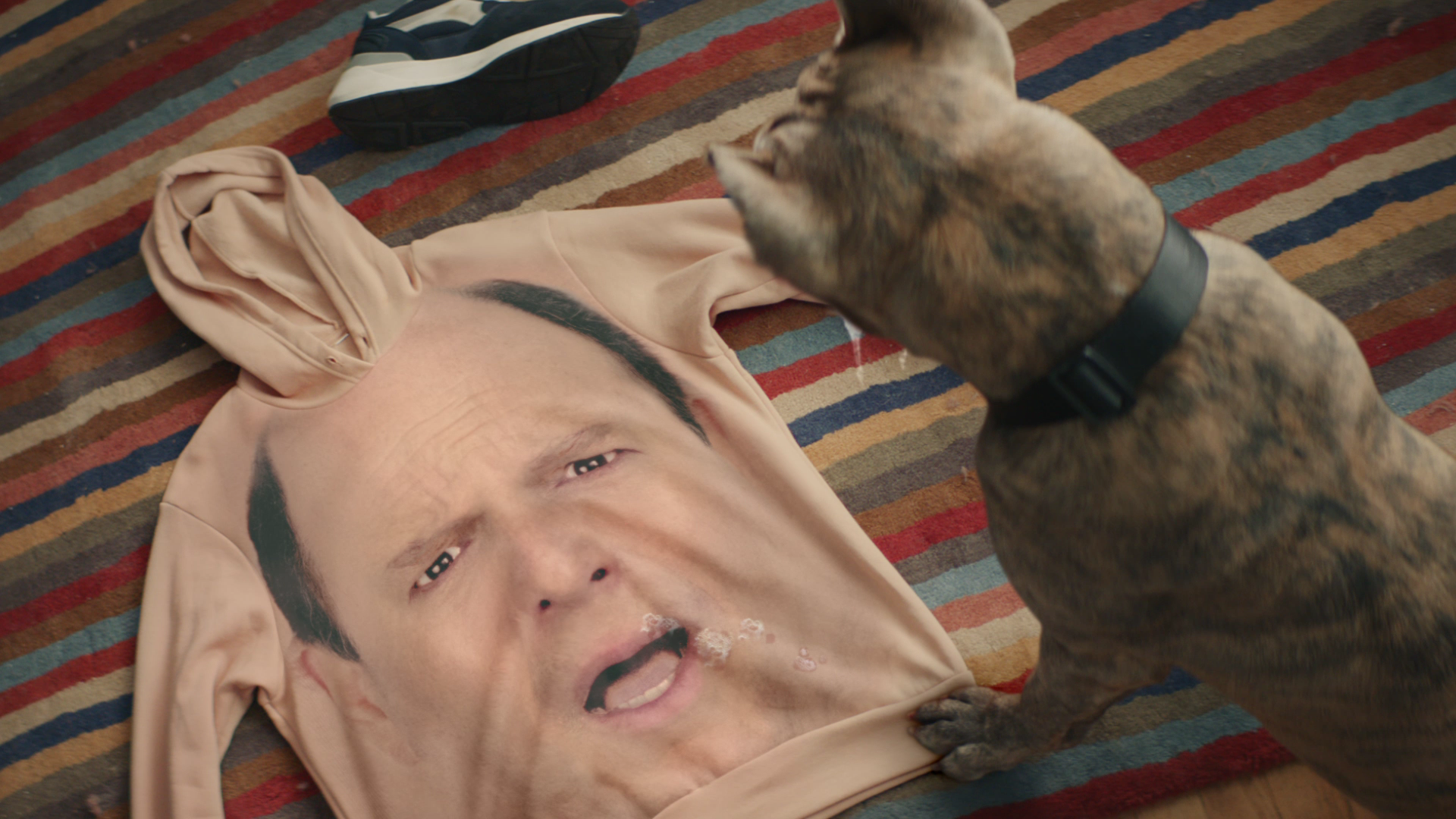 Once Jason’s animated facial performances were in place, we also worked on enhancing the griminess of some of the substances he encounters. We wanted to really push hard on the message that the Jason Alexander Hoodie was having a very bad day.”

You also can read our Super Bowl LV post-game debrief here and get in touch with our VFX team via our contact page.