We joined forces with Genesis to create a film of epic proportions for their Concept 2-Door GT. The film, directed by The Mill’s Andrew Proctor and developed by our Creative Strategy team, channels the cars elegant and athletic design while placing emphasis on the manufacturer’s signature “two lines” aesthetic. We caught up with Creative Director (Brand) Tom Dibb and Mill Director (CG) Andrew Proctor to discuss how the spot came to fruition.

Tom Dibb: I can give you a little background but this was really Andrew’s baby.

So, Genesis had found themselves in a bit of a spot. As the luxury arm of the Hyundai Motor Group, they had been rapidly building a strong reputation in Korea. Through daring designs and wild concept cars they had begun to turn the heads of a younger generation of motorist—an audience that traditionally preferred non-domestic luxury cars like Mercedes or BMW. This was a big development for Genesis and the brand was looking to build on it, expanding their audience globally. They felt their new model, the X Concept GT, was the car to do it.

But the pandemic made things tricky.

For all its innovation, the motor industry can be surprisingly traditional. The way a brand like Genesis normally builds buzz for a concept car is through motor shows. (You remember shows? Busy, physical, indoors-y.) But in Covid Times, shows were off the table.

So Genesis called Hypebeast to explore other angles, keen to reach that crucial younger audience. And then Hypebeast called us. Together, we talked and brainstormed and wrote some ideas and we began to understand that the lack of physical shows was very much an opportunity; a chance to connect with our audience in a more thrilling way.

We knew we could use CG to build an amazing concept car—one that was accurate and detailed and felt photo-real—but we could also do so much more. (Preferably while blasting down the tarmac at 200 miles per hour.)

We just needed the right person in the driving seat. And that was Andrew Proctor. 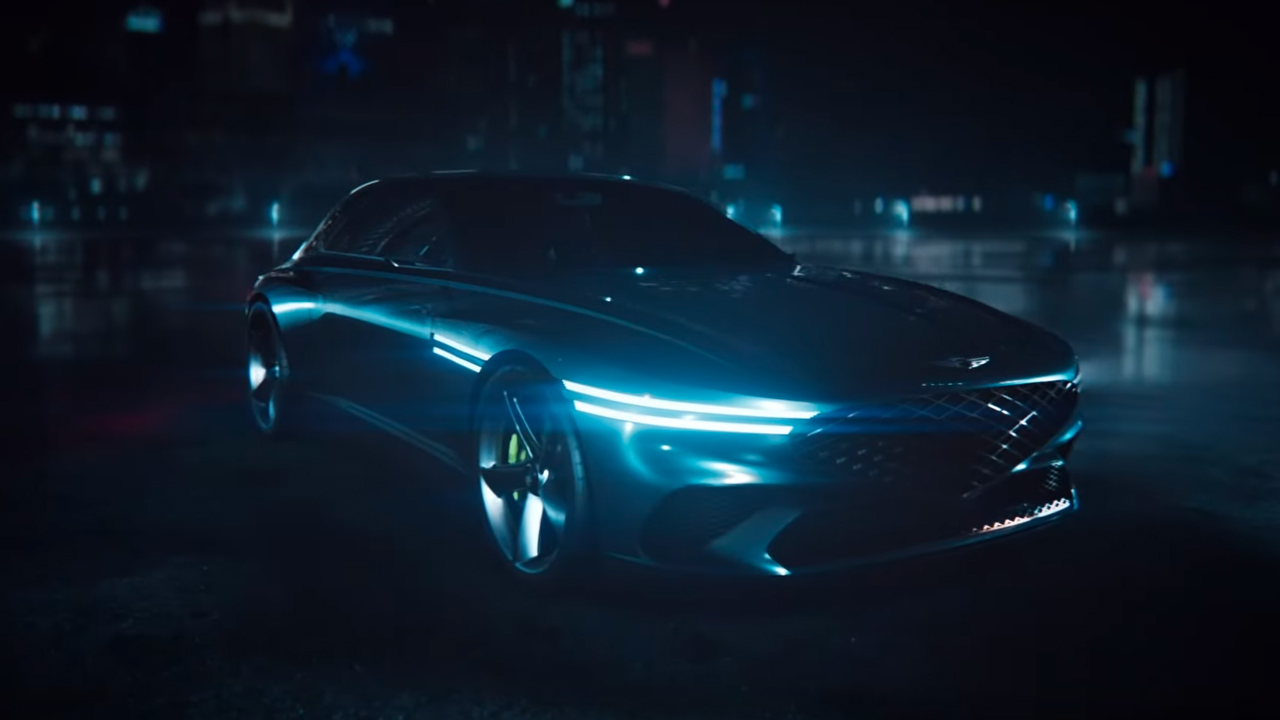 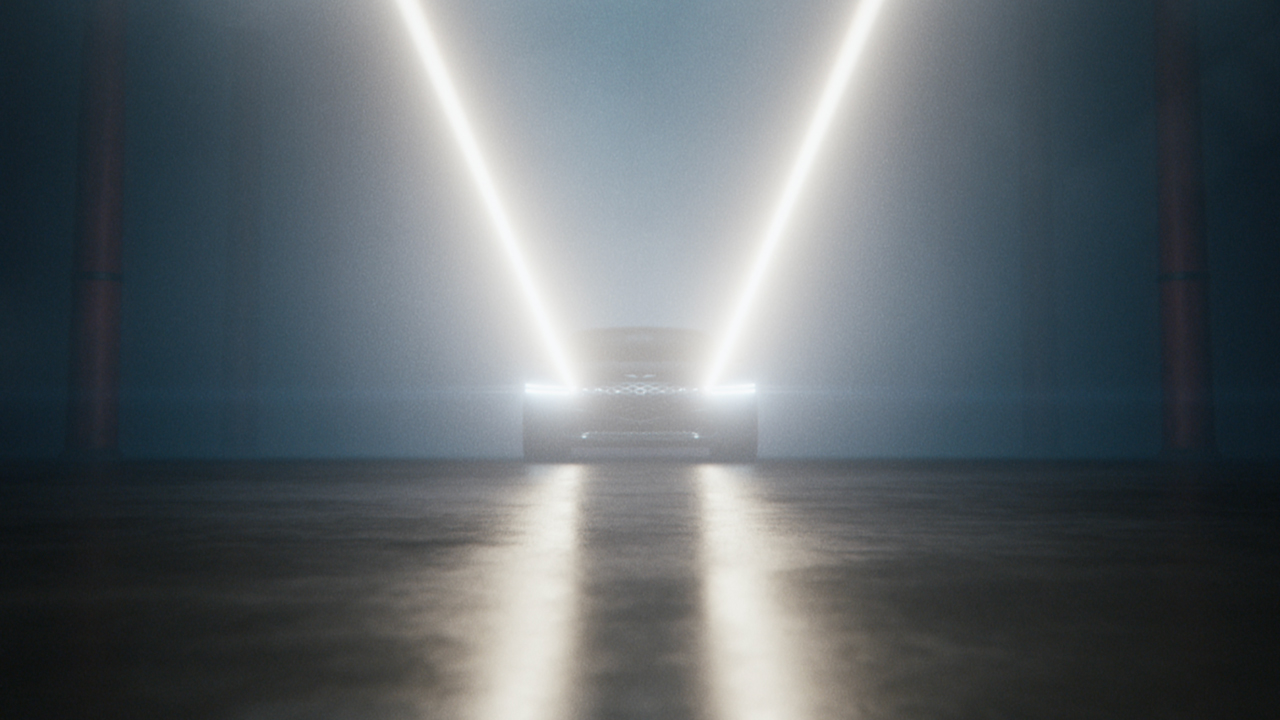 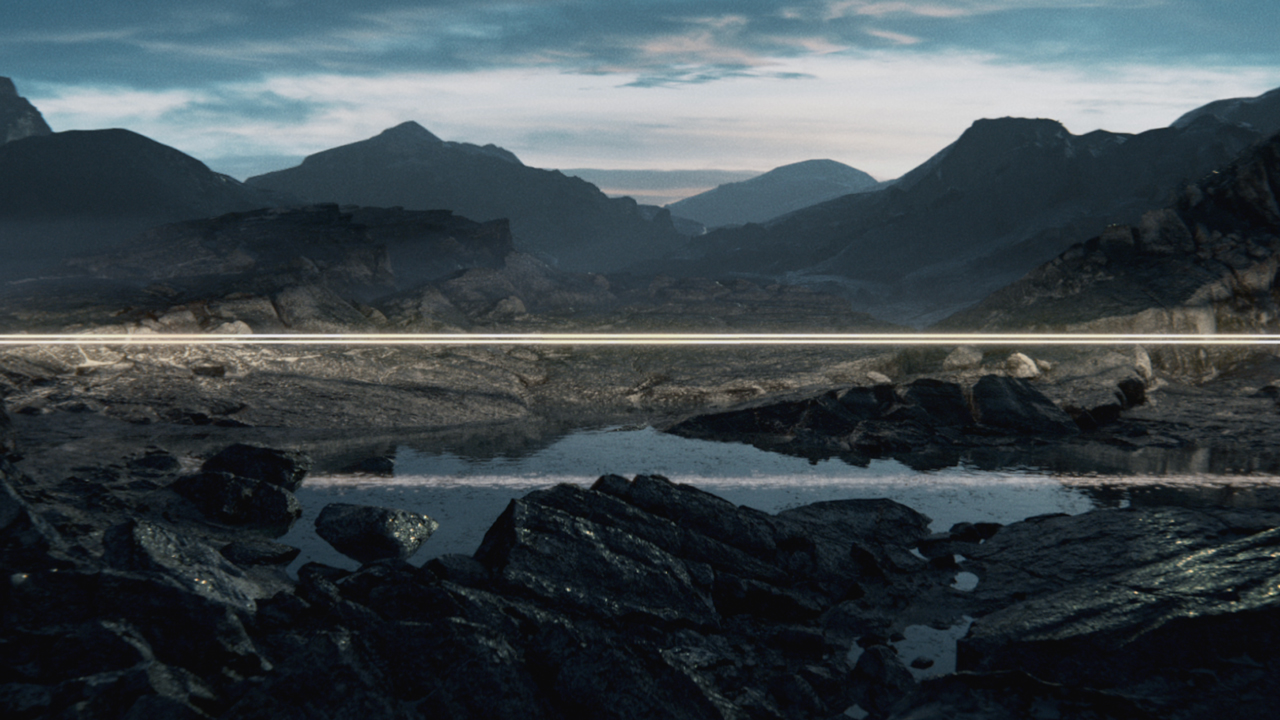 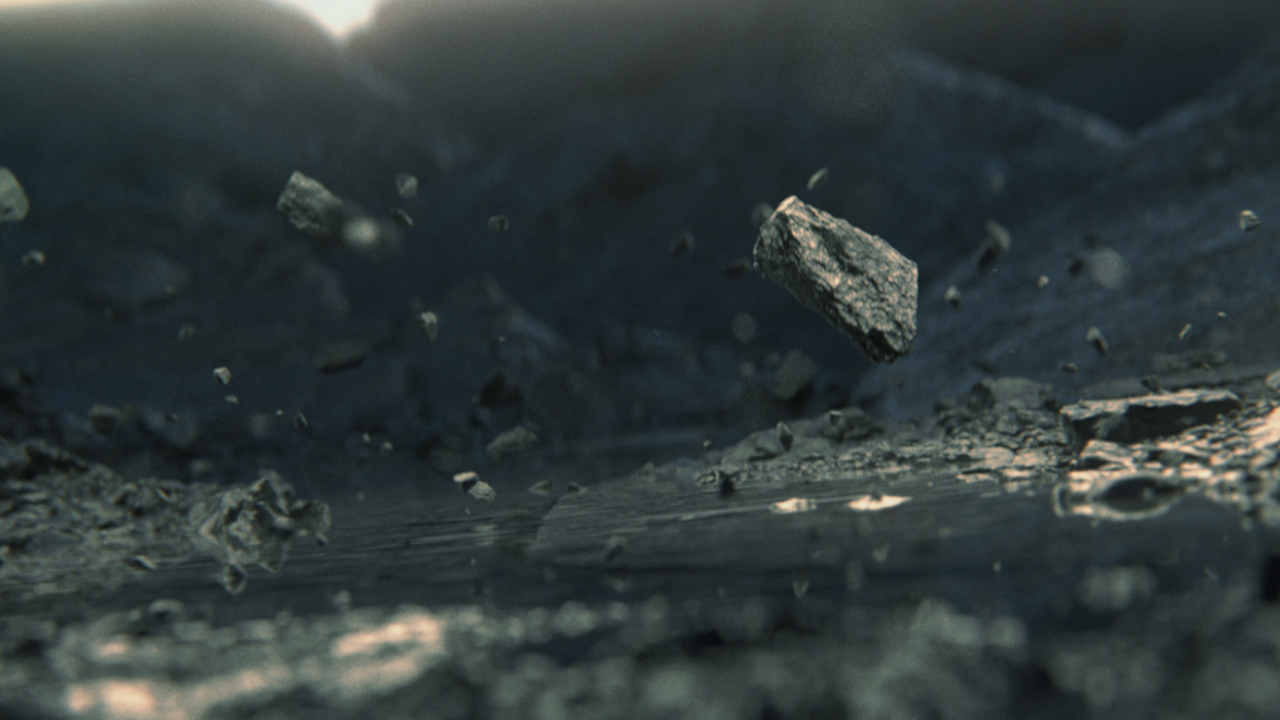 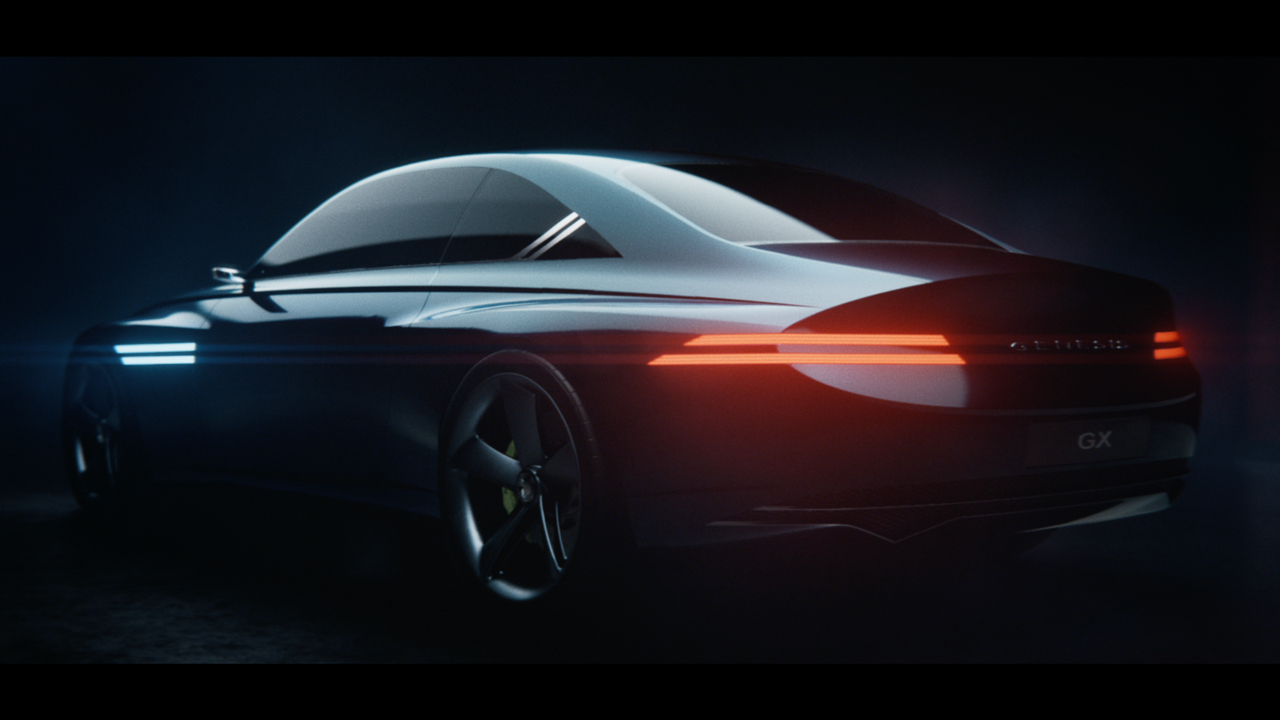 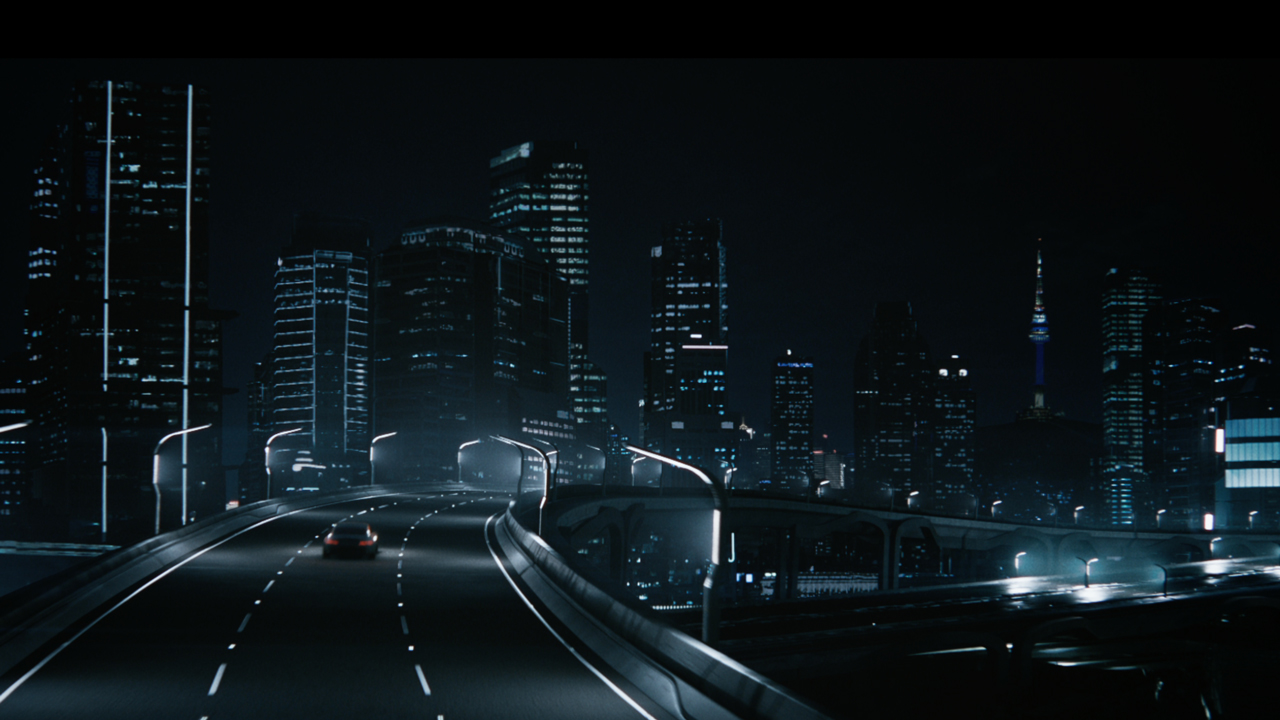 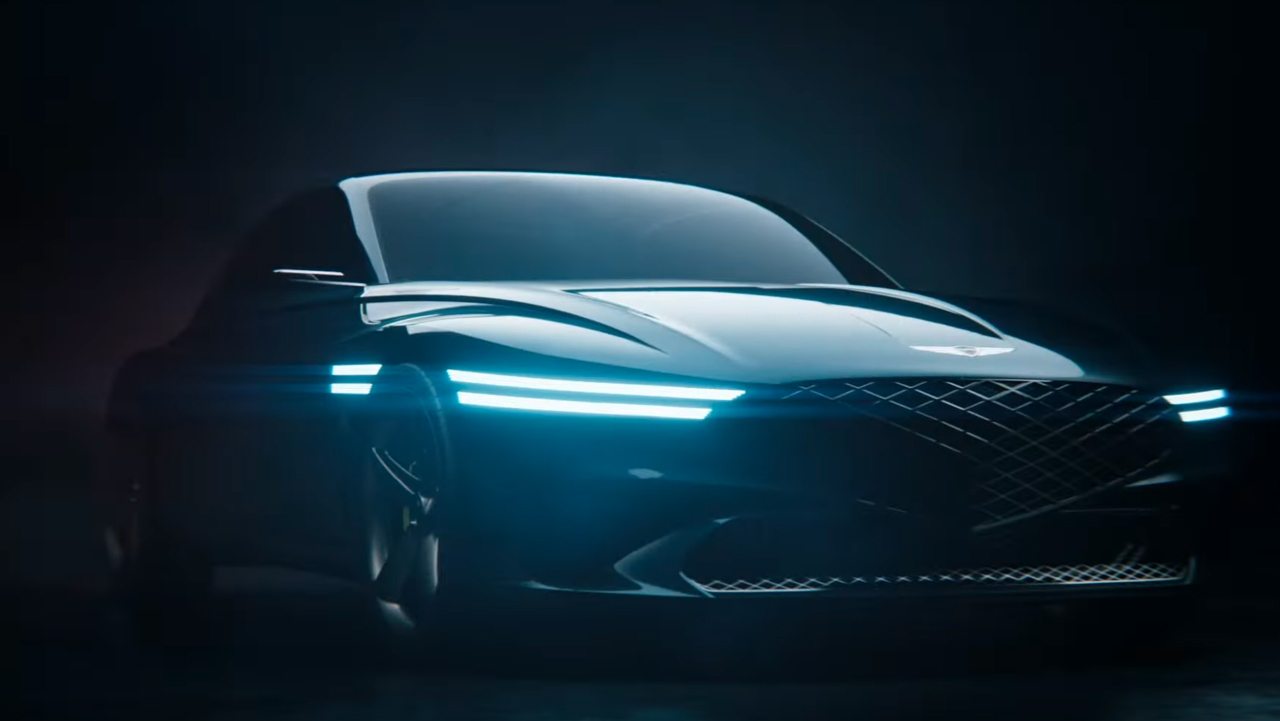 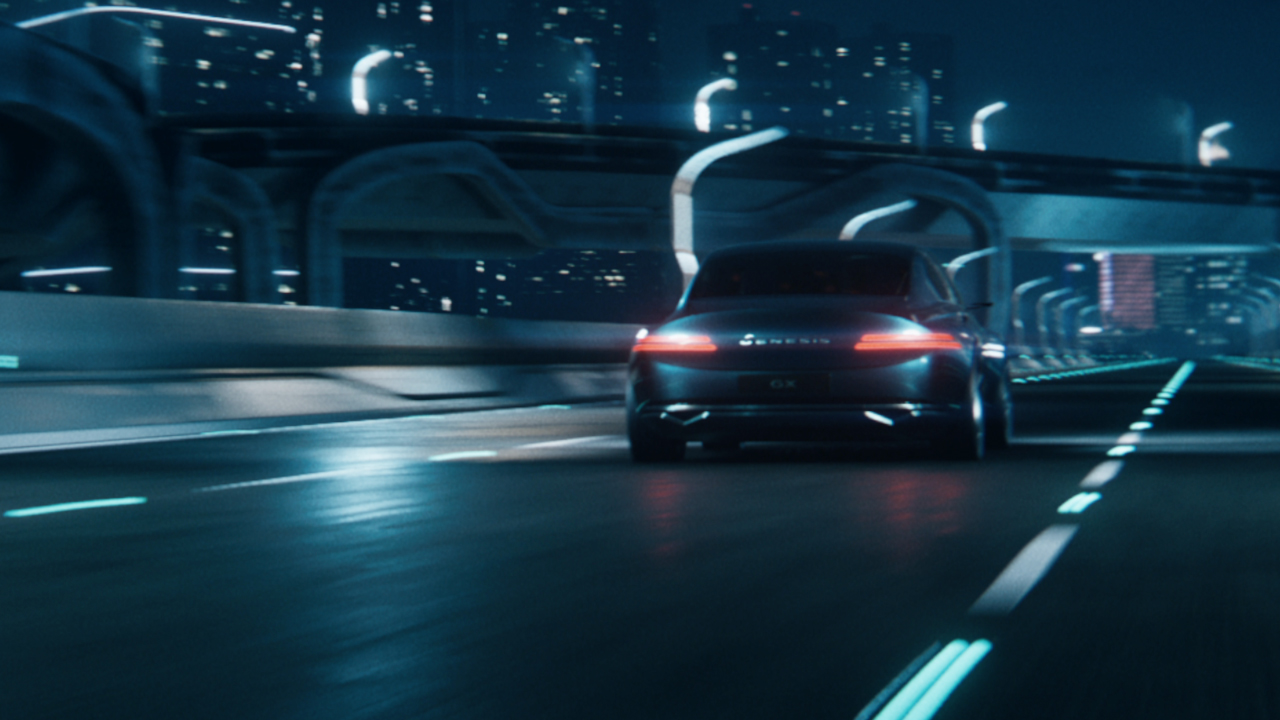 Andrew Proctor: This whole project was an evolving creative journey.

Working closely with our friends at Hypebeast, we were able to really get to grips with the Genesis brand—its history, values and cultural significance. Through this process we developed some key visual themes, eventually narrowing our focus to the Two Lines motif that drives the film.

The Two Lines is an iconic design element distinctive to Genesis cars, something the X Concept GT takes to the next level. The shape is replicated throughout the design in a really bold way—in the lights, grilles, interior, bodywork. You can find it everywhere. So naturally, it felt like the perfect candidate for a big, dramatic storytelling element.

We built everything around this core concept, generating different CG set-ups and shot ideas and sending these to Genesis so they could understand the process and collaborate with us. We really wanted them to have a good understanding of what the film would eventually become. (The Hypebeast guys in Seoul were a crucial bridge in that understanding. They were with us all the way and helped us with cultural insights and local market knowledge.)

“The result is a film that’s sleek and design-focused, but also unexpected and full of action. In doing this we were able to address both the existing Genesis connoisseur and also this younger emerging audience the brand was working hard to cultivate.”

Learn more about the Genesis x Concept 2 Door GT via Hypebeast or Genesis’ website. You can get in touch with our Creative Strategy team via our contact page.