Five locations across the city will be pasted with more than 3,000 black and white portrait photographs in celebration of the UEFA EURO 2020 Football Championships.
Work June 14, 2021

Portraits of Londoners, including key workers and schoolchildren, were among thousands of faces adorning Tower Bridge yesterday as the capital’s streets were transformed with spectacular outdoor photographic displays to celebrate UEFA EURO 2020.

The display is part of a campaign which will see more than 3,000 black and white photographs of Londoners’ faces exhibited at five locations across the city as part of a large-scale public installation by internationally acclaimed French artist JR, capturing the stories of Londoners during the tournament and celebrating the people that make up our capital. Among the photographers capturing these stories was Mill Director Gundeep Anand. 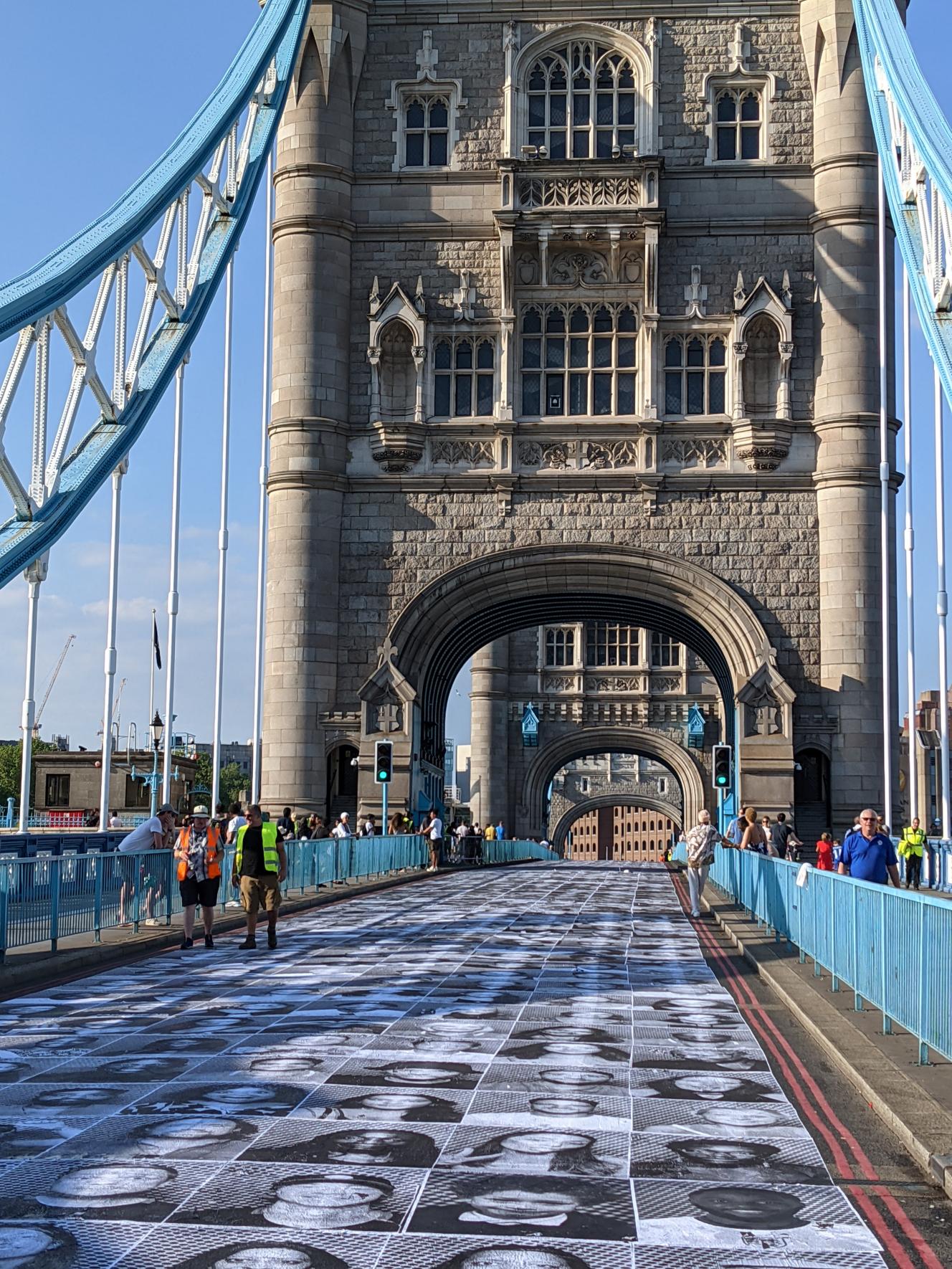 The exhibition will go on to four further locations where hundreds more faces will be displayed on pavements, roads and buildings in celebration of London’s diverse communities, football and its ability to bring people together. The project will go on to reimagine Granary Square in King’s Cross with more than 400 faces, the Bernie Grant Arts Centre in Tottenham with 200 faces, Lewisham Town Hall in Catford with 3000 faces and in the Royal Docks 420 faces will appear on to the Royal Victoria Dock wall and surrounding footpath. A special exhibition of portraits will also take place as part of the Wembley Park Outdoor Gallery and the Outside Art project at Kings Cross.

The Inside Out Project was created by award winning artist JR, whose photographic portraits have encouraged discovery, revelations and sharing of untold stories of people around the world through collaborative action and impact. Over the past decade, more than 400,000 people across 138 countries have taken part in Inside Out which has inspired collaborations and conversations about a range of topics including diversity, feminism, racism, climate change and art.

This series of temporary outdoor exhibitions complements the Mayor of London’s Let’s Do London campaign, which is encouraging Londoners and visitors to come back to the city and take advantage of London’s public spaces and cultural riches. The Let’s Do London campaign includes a wide-ranging programme of one-off special events created in partnership with London’s best-known cultural institutions and tourism attractions to bring central London’s economy back to life following the impact of the pandemic.

Find out more about The Inside Out Project here. You can also view more of Gundeep’s work on his Creative Talent page or head over to @gundeepx on Instagram.