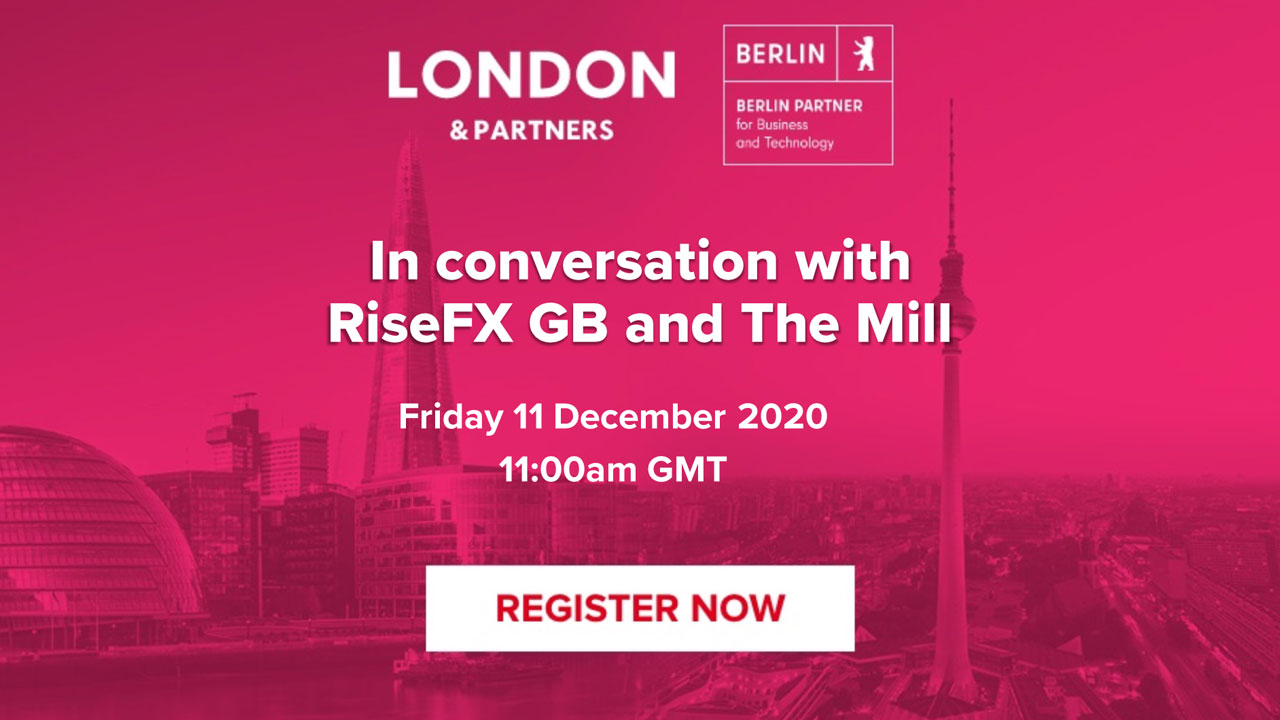 To celebrate the landmark 20th anniversary of the twinning of Berlin and London, London & Partners will host ‘The Power of Joining Forces’, an event showcasing practical examples of collaboration and innovation between the two cities, on Friday, 11th December.

At 11:AM GMT, The Mill’s Executive Producer, Justin Stiebel, will be speaking as part of a panel entitled ‘Screen time with VFX: What brought us to BER-LON‘. Justin will be offering insights into the experience of a London-based company opening a Berlin studio and will be joined by Berlin-based Managing Director/Executive Producer, Lara Lom of Rise FX, who will be giving insights of their experience opening a studio in London. The panel will be moderated by Louise Connolly Smith, Head of Creative at London & Partners.

Register to attend ‘Screen time with VFX: What brought us to BER-LON’ here.