As we all know, the holidays are extremely special for a lot of different reasons. So, how do you go about crafting the ultimate holiday character? Well, it’s actually delightfully simple: it’s about finding a distinguishing characteristic and then adding just the right balance of magic and charm. A holiday character becomes the catalyst within the story, everything they touch or interact with tends to gain a sense of importance and magic. And, in a less obvious way, it’s through them that we epitomize the spirit of the holidays, albeit potentially hidden at first. A good holiday character also drives the tone within the story. With this in mind, it’s important to create a character that is well-rounded and not one dimensional. In the case of Ralph Lauren, Polo Bear is debonair in an understated way. He’s a connoisseur in the sense of being distinguished, smart, and effortlessly cool. That intriguing Ralph Lauren archetype. But while he’s cool and charming, he’s also a little cheeky, and by fleshing out his personality we’re able to create a more relatable character.

Setting the correct mood and tone:

The key here is grounding the magical in a reach-out-and-touch-it way. While we’re usually creating a beautified and heightened story world, it also needs to be very tangible. This adds a layer of texture and charm. The tone may shift given the campaign, but I usually start with the brand’s needs or their positioning, and what they are trying to achieve, then build out the story world from there. That naturally leads to the creative execution, but as long as all these elements intertwine, setting the mood and tone will come naturally. Given the feel-good nature of the holidays we usually know where the story ends, so it becomes more about the character’s journey to get there that creates the unique tone we expect from a good holiday spot.

Colour is probably one of the most subjective subjects to talk about, but it’s also one of the most significant (and gratifying) parts of the process. Colour harks back to tone, it’s an aesthetic choice that underpins the core drivers of the story. Using Ralph Lauren as a case study, we knew it was going to be set at night, but that didn’t mean there was to be a lack of light or saturation. Our aesthetic was wintery and luxurious. We opted to create a rich moody palette to create deep, sumptuous shadows. This gave us a hint of mystery and a sense of anticipation as we revealed Polo Bear. This was intended as a hook to intrigue the audience, while also serving as a starting point for the visual palette – we wanted to progress from more shadowy to twinkling and light-soaked by the end of the story. We created an imaginative and heightened world – big; magical; exuberant…but also quite sweet and personal, and a lot of that feeling was supported through the grade.

If character is king, then VFX is the throne on which the character sits. This is where so much of the emotional connection comes from. Polo Bear – like all our VFX in this campaign – exists as photo-real CG. We spent a fair amount of time working on look & feel, proportions and movement all so that when we rendered the character into the real world, the audience would be completely engaged, and undeterred by the technique. The design of Polo Bear’s face is where we really hone his personality. As with all characters, the eyes are the things that create the ‘life’ in the face. With Polo Bear, his eyes offered us some great potential to bring that out. Another great way to really sell in the realism of the CG is actually through the cinematography – using rich, dynamic lighting and atmosphere that can play upon the character helps immerse them in the spaces. Fur was another important detail. We didn’t want his fur to feel old or weathered but at the same time we didn’t want it to feel too perfect or new either. Bringing a little perfect-imperfection into the coloring, length and general direction of his fur added the realism we were after. And let’s not forget about animation, each character will have their own set of principles, but for us we came to realize that adding constraints helped to create a unique style of movement which was inherent in his general makeup as a pseudo plush toy. All the VFX considerations came together to create an enchanting tale – a confidently Ralph Lauren take on what makes the holiday season special. 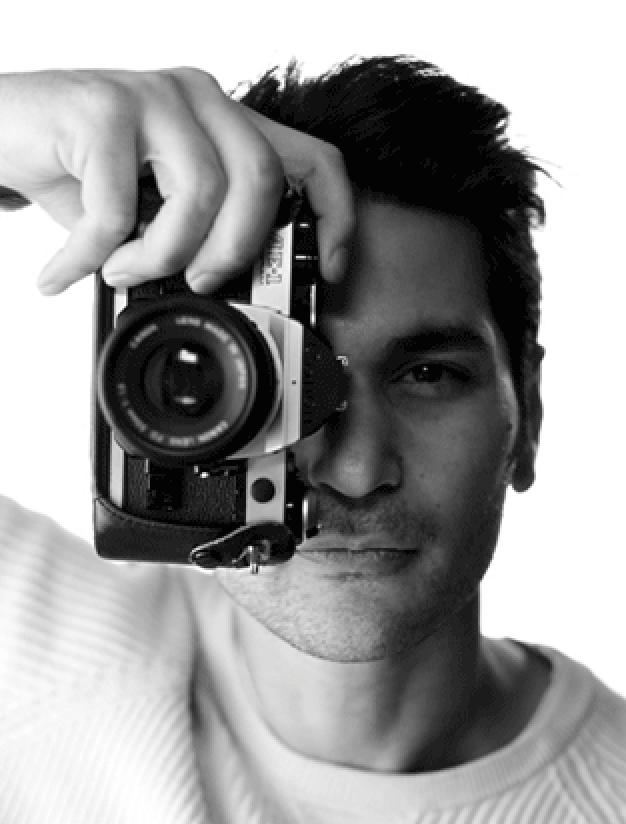 You can get in touch with our teams about any upcoming festive projects here. You can also check out some of Nic’s work via his Creative Talent page.