Mill Paris | Autodesk interviews our artists Guillaume, Mathias and Marouan on the creation of the ‘Heaven and Hell’ video for Kanye West

Guillaume Ho Tsong Fang, VFX Supervisor, Mathias Barday CG Supervisor and Marouan El Bekri Senior 3D Generalist tell you about their involvement in the creation of the "Heaven and Hell" video for Kanye West, which unveils the collaboration between his brand Yeezy, and the ready-to-wear brand GAP
Press April 14, 2022 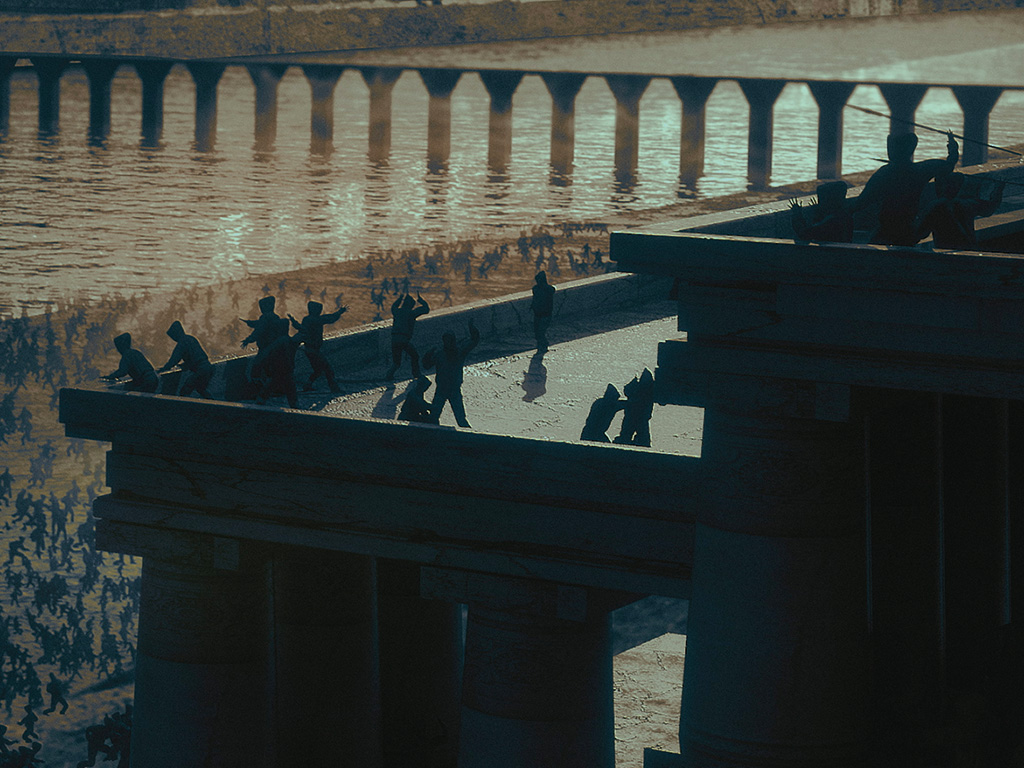 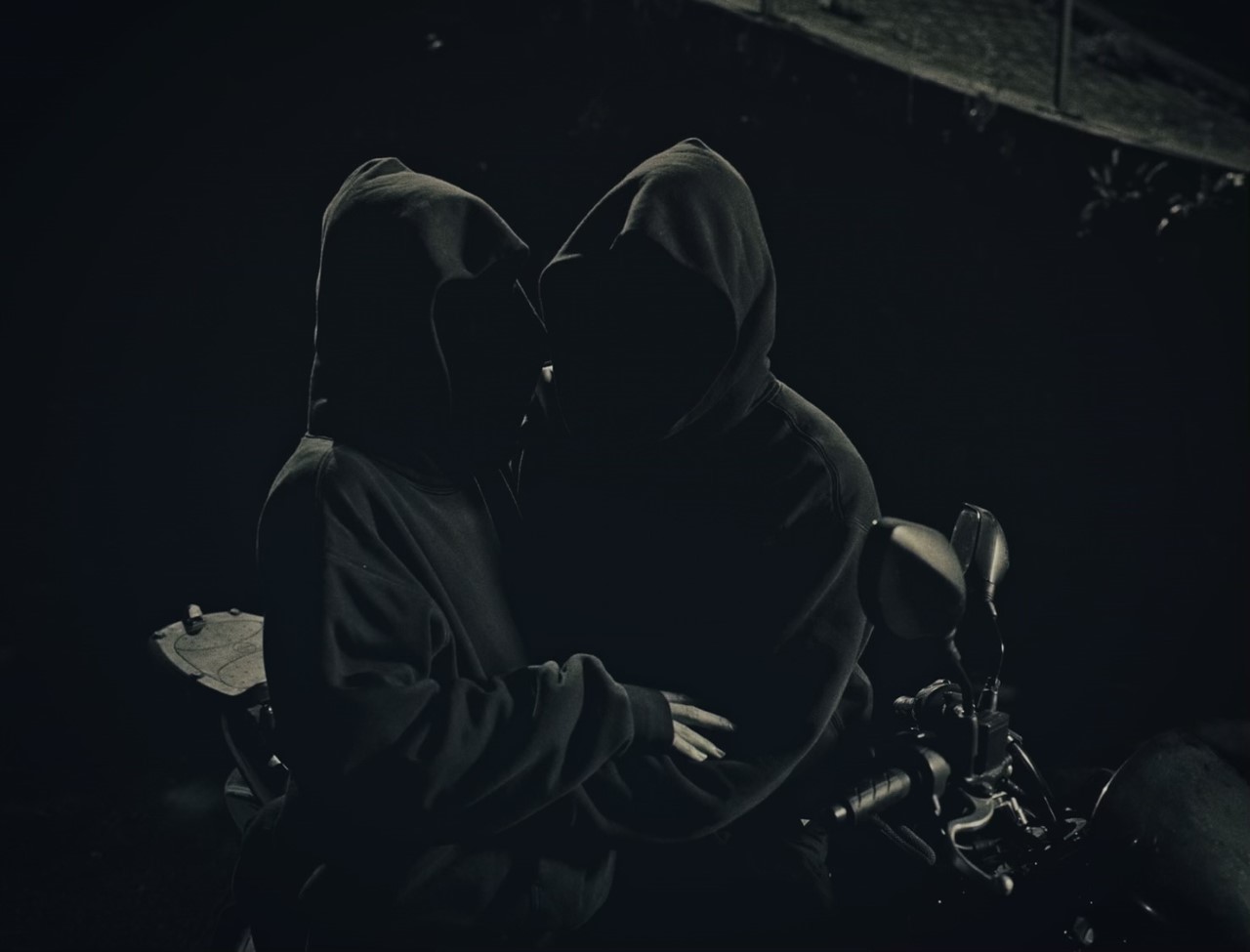 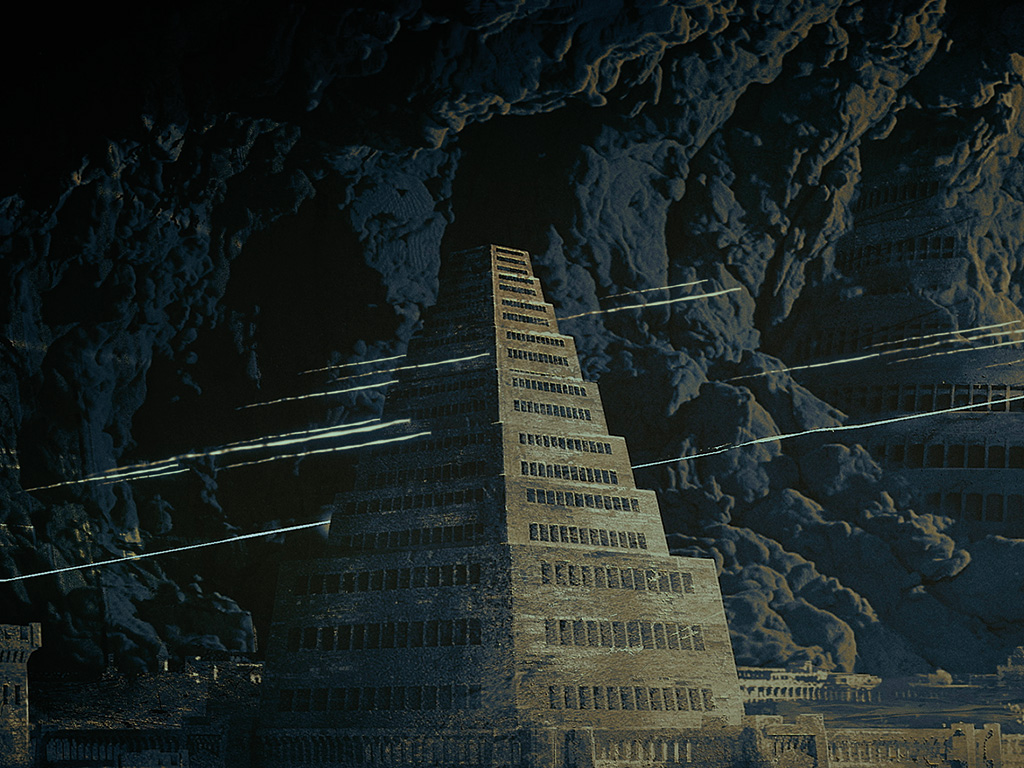 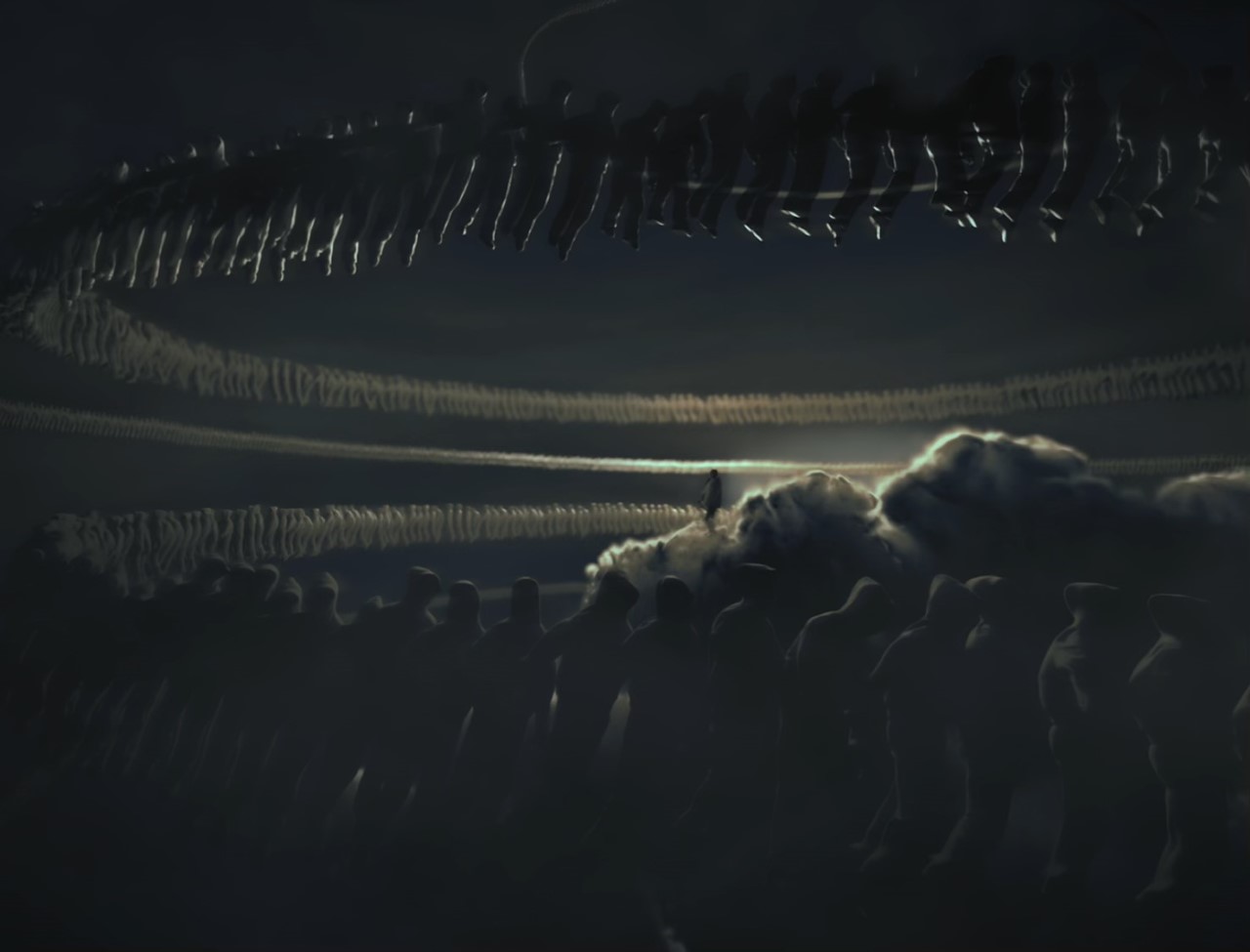 What was your role on the ‘Heaven and Hell’ video?

Mathias: In addition to my role as CG supervisor, I was also on the lighting / compositing side. I would get the cloud simulations as well as the character animations in Maya to put everything together, light the shots and then composite them. The CG supervision was to coordinate and guide the team through the creative ideas of the director in conjunction with the VFX supervisor.

Guillaume: I was VFX Supervisor on the ‘Heaven and Hell’ video, my task was to liaise with the producer Laure Salgon, the Director Arnaud Bresson who were directly connected to Kanye West. With Mathias, Marouan and the rest of the team, we acquired automatisms over time so as not to step on each other during all the validation stages. This has enabled us to put a link in our workflow. My roles as co-Head of CG and VFX supervisor mean that I am present at the beginning of the project and at all the creative, artistic and technical steps of the project. I work with both the producers and the artists within the studio. The aim of the game is to combine the craft, the workflow, the creativity without forgetting the commercial dimension of the project. The notion of the same team going in the same direction is an important point in the notion of quality and in the making of such a project.

Guillaume Ho: Usually, you start with the art direction and then you make the project, but this time the two stages worked simultaneously, which is why we decided to work with a small, flexible team with a lot of generalists. Soaking up the works and references was a very important part. The references and the first cuts that were proposed to us by Arnaud and Ye really motivated us right away. This immediately created a cohesion within our teams and constructive discussions emerged on the light, the composition, the representation of Paradise and Hell. We had to move quickly in the execution of the shots so that the director and the artist did not need to project too much. The FX part, tornado, smoke and character simulation, was also a big challenge. We had to be realistic and pictorial while keeping the right balance between the given references and the filmed part of the clip. As far as the animation is concerned and to keep a continuity with the shooting, we proposed and used the Motion Capture technique. For me, this project remains a very good representation of the creativity that our teams are capable of implementing. 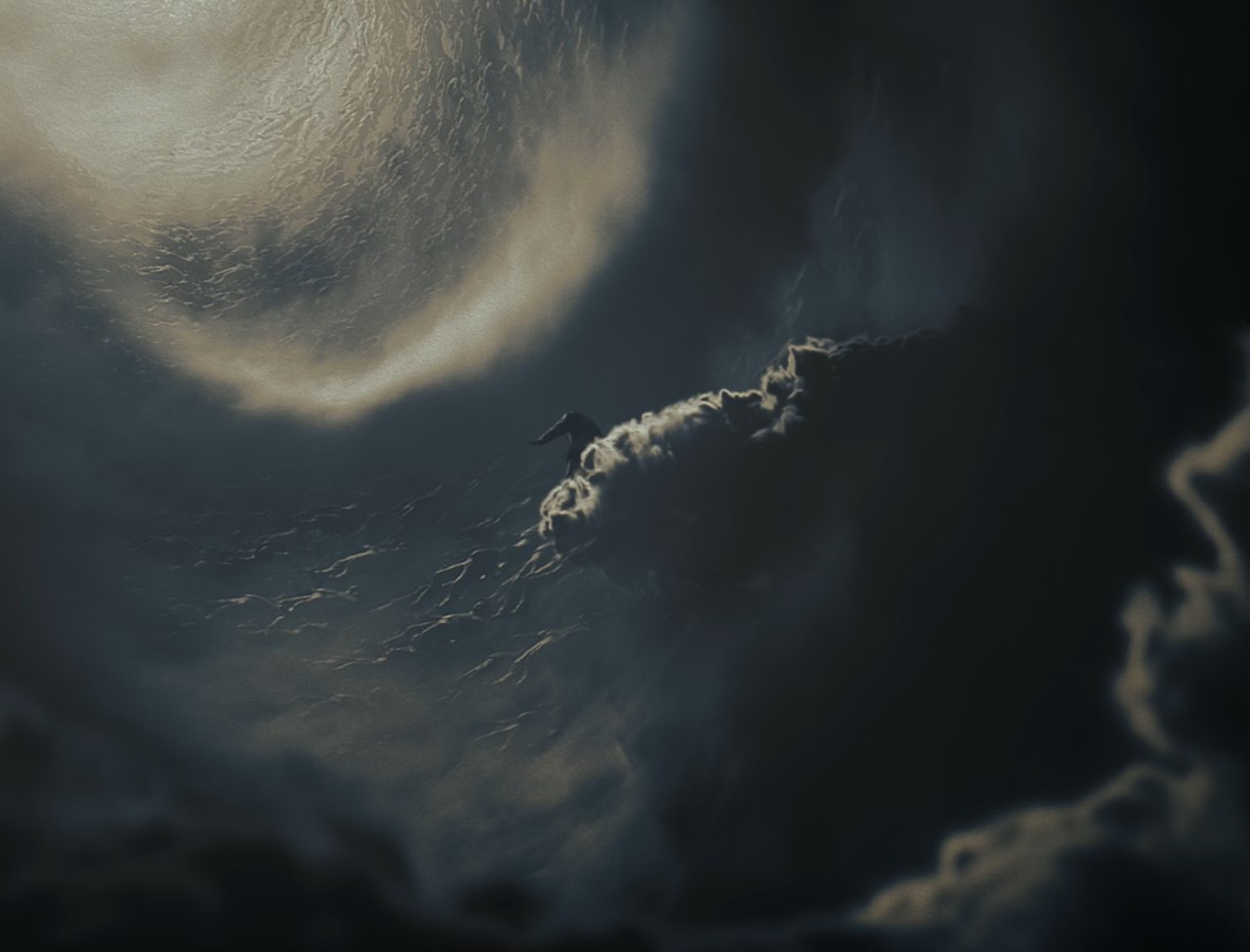 Marouan : The challenge was to try to render the 3D in a way that matched the art direction and artistic references sent by Arnaud Bresson and Kanye West. It was also necessary to manage a crowd of characters in a hurricane of smoke, while keeping the shots readable and without harming the aesthetics of the references we had been given. We had to “break” the 3D as much as possible so that it would look like a painting. 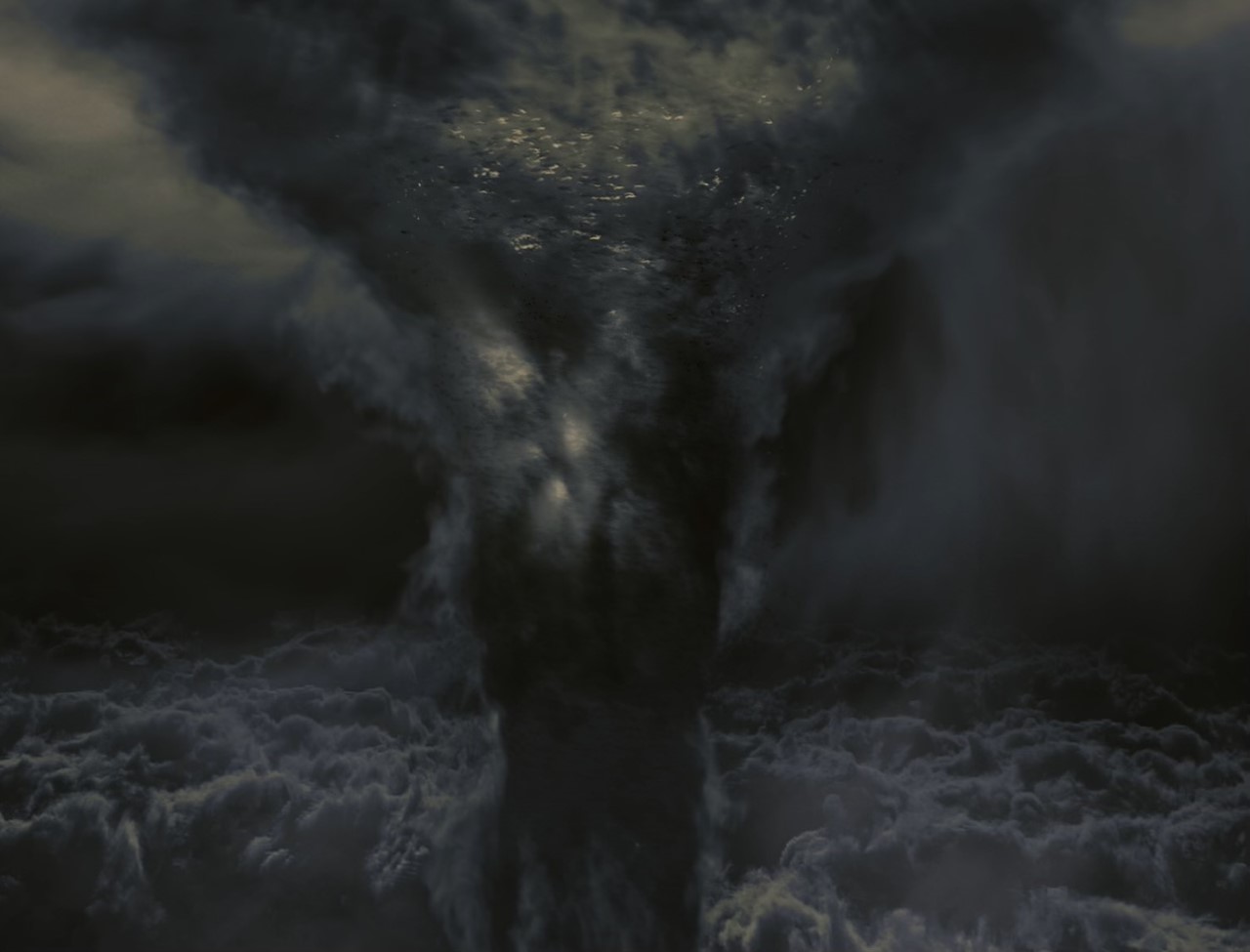 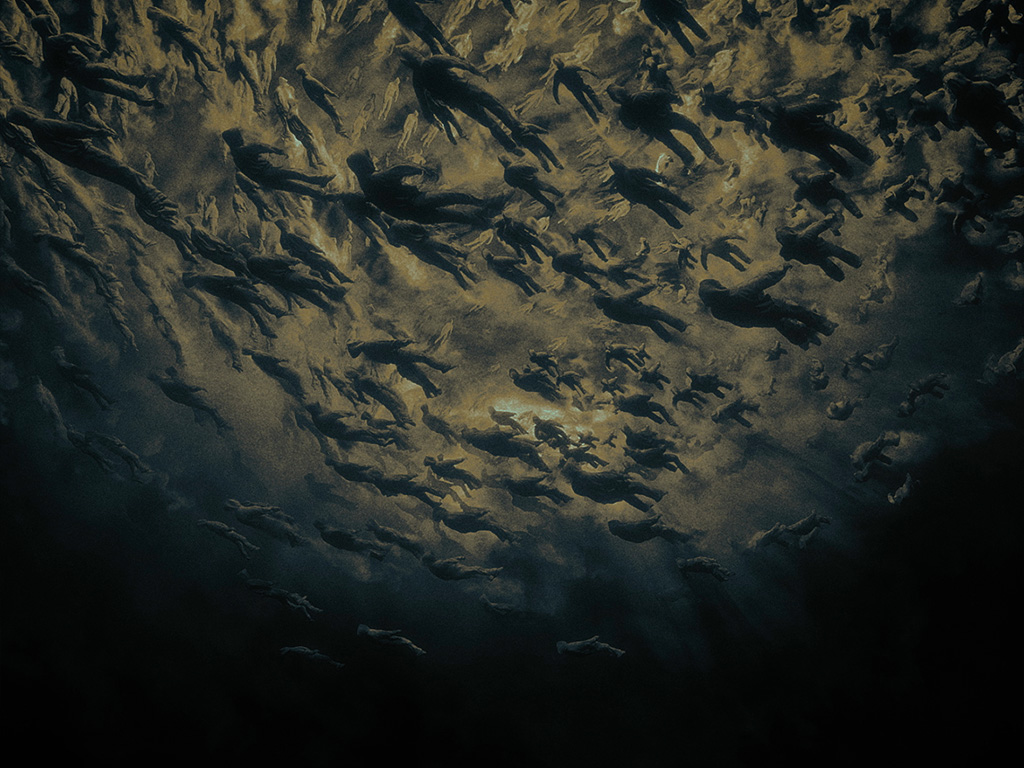 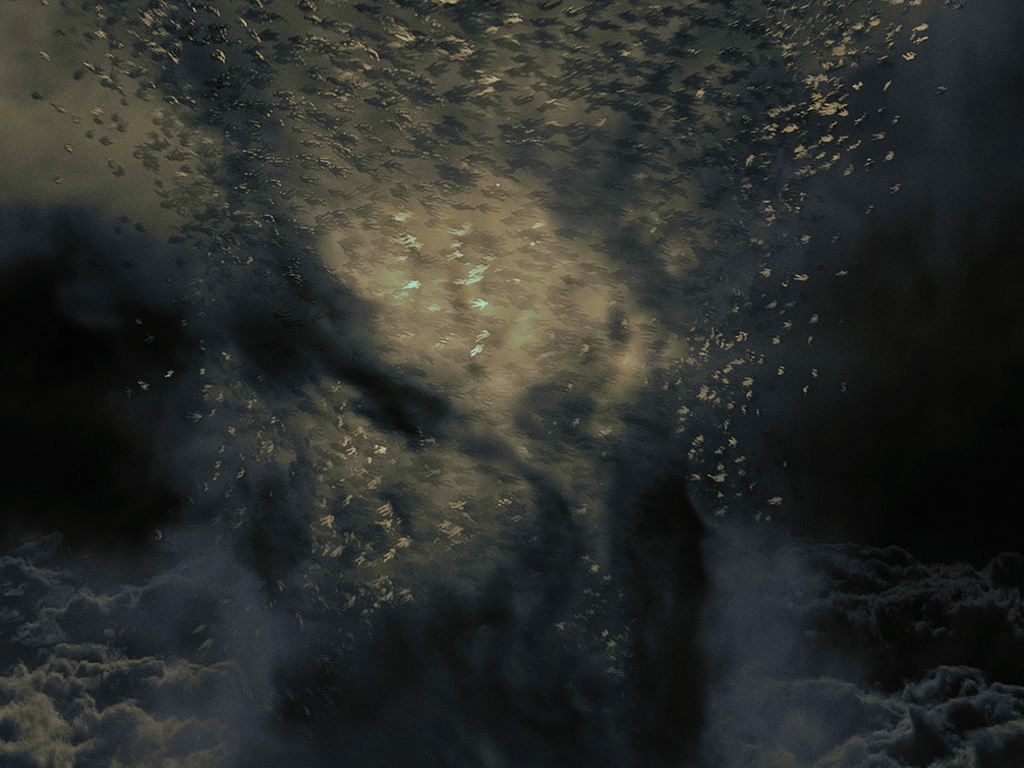 Matthias: We had to deal with both Kanye West’s CG avatar and the simulation of a crowd of ghostly angels we called “Dondas” moving through a cyclone of smoke. We saw straight away that the effect was going to be very heavy to produce. We also had to produce a CG dub of Kanye West so that he could be integrated into the shots. To make the final scene we also CG’d a John Martin painting ‘The Fall of Babylon’ in record time. The whole production was a challenge in the end. 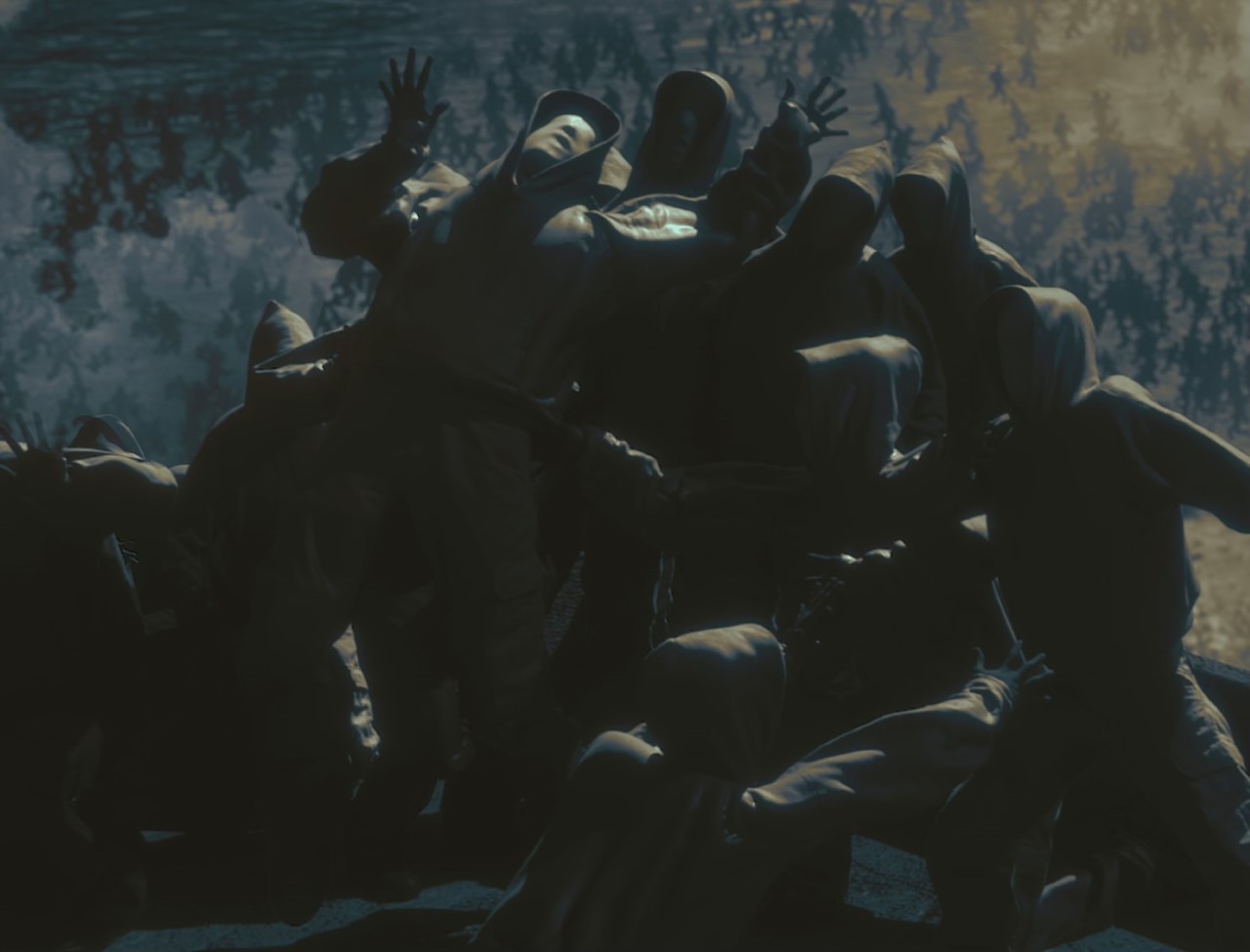 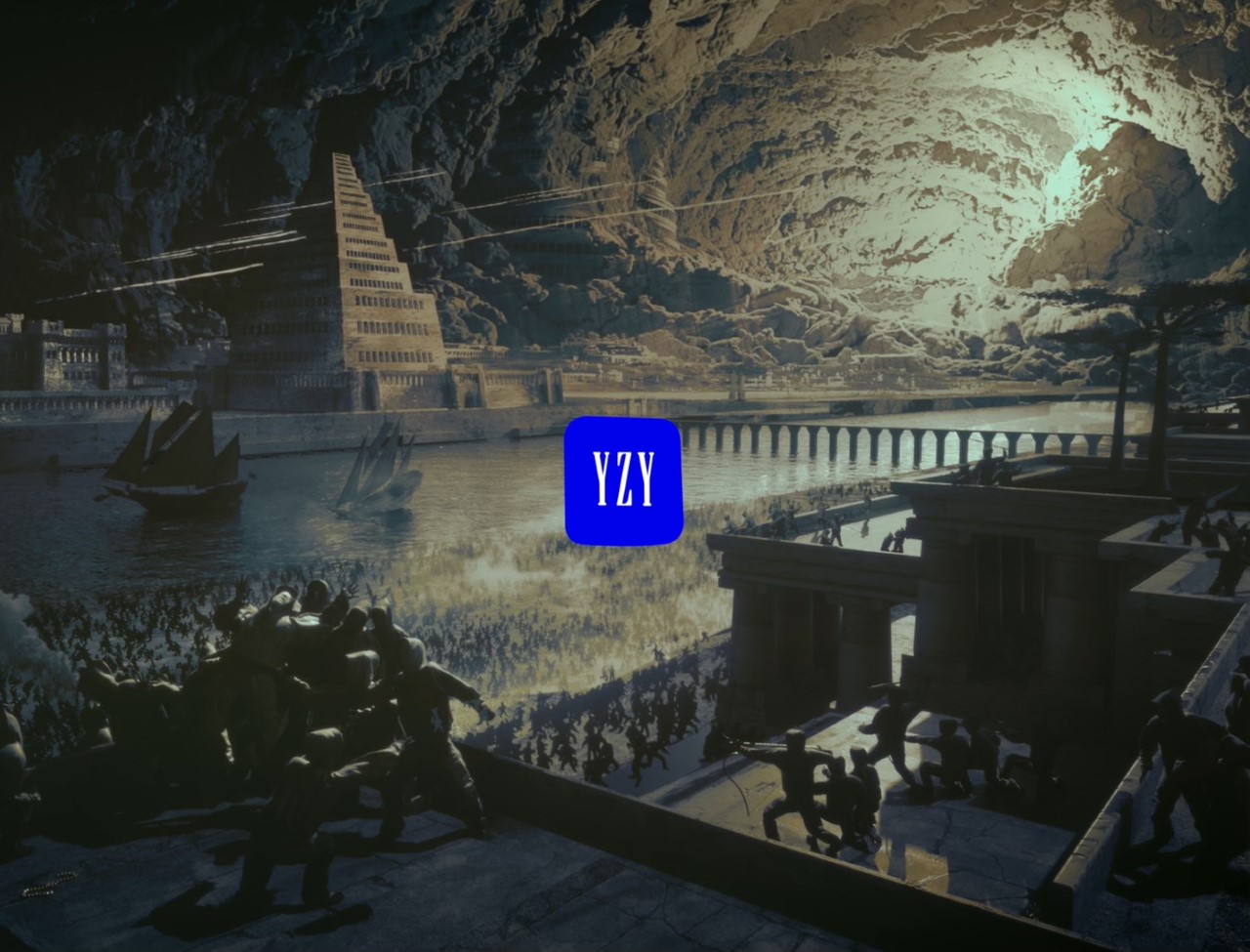 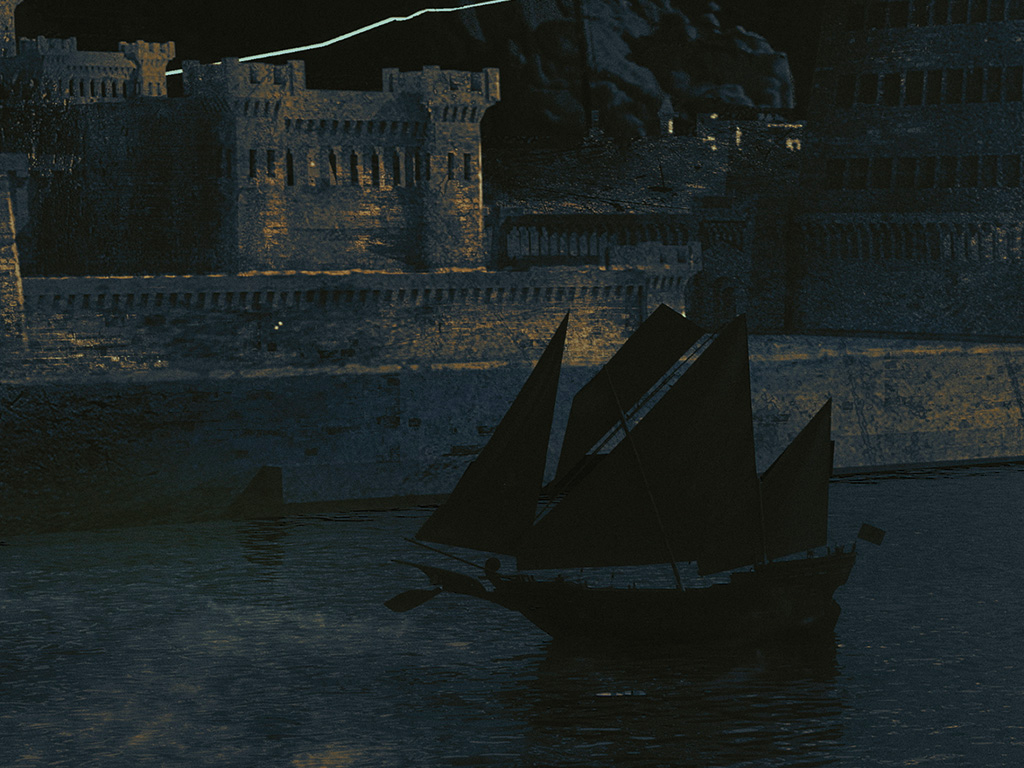 Where do you recommend students or younger 3D artists in general go to hone their craft?

Marouan: I think that to improve your art it’s not enough to just take online courses, masterclasses etc, certainly it’s very interesting, inspiring and constructive. In my opinion you have to get out of your house, disconnect, go out and take pictures/draw/write/travel/discover… all this will feed your mind and your artistic side.

Mathias : I really like the 3D community on the internet. You can find a good spirit of mutual help and for me it’s one of the best places to share your work and challenge yourself.

You can read more about the “Heaven and Hell” video here and get in touch with our VFX team via our contact page. 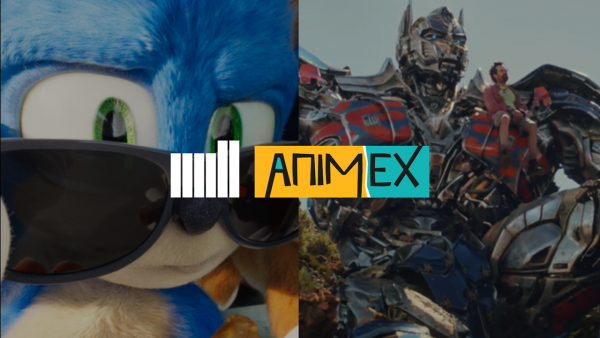 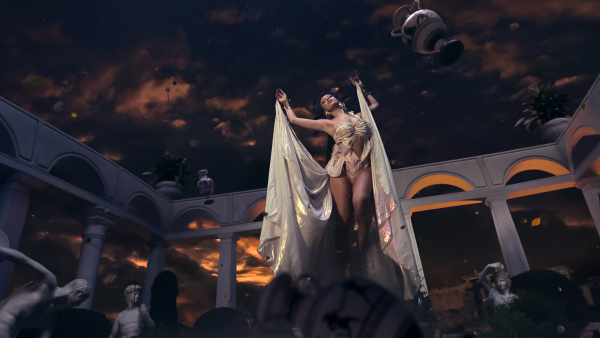 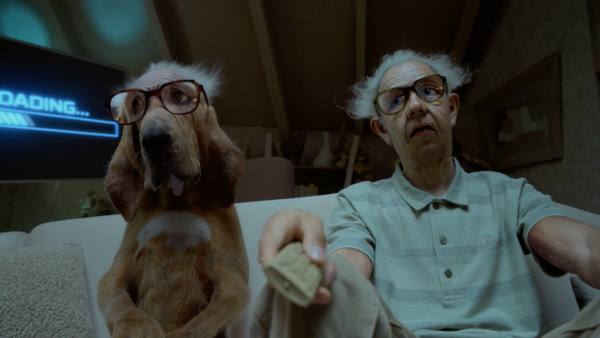 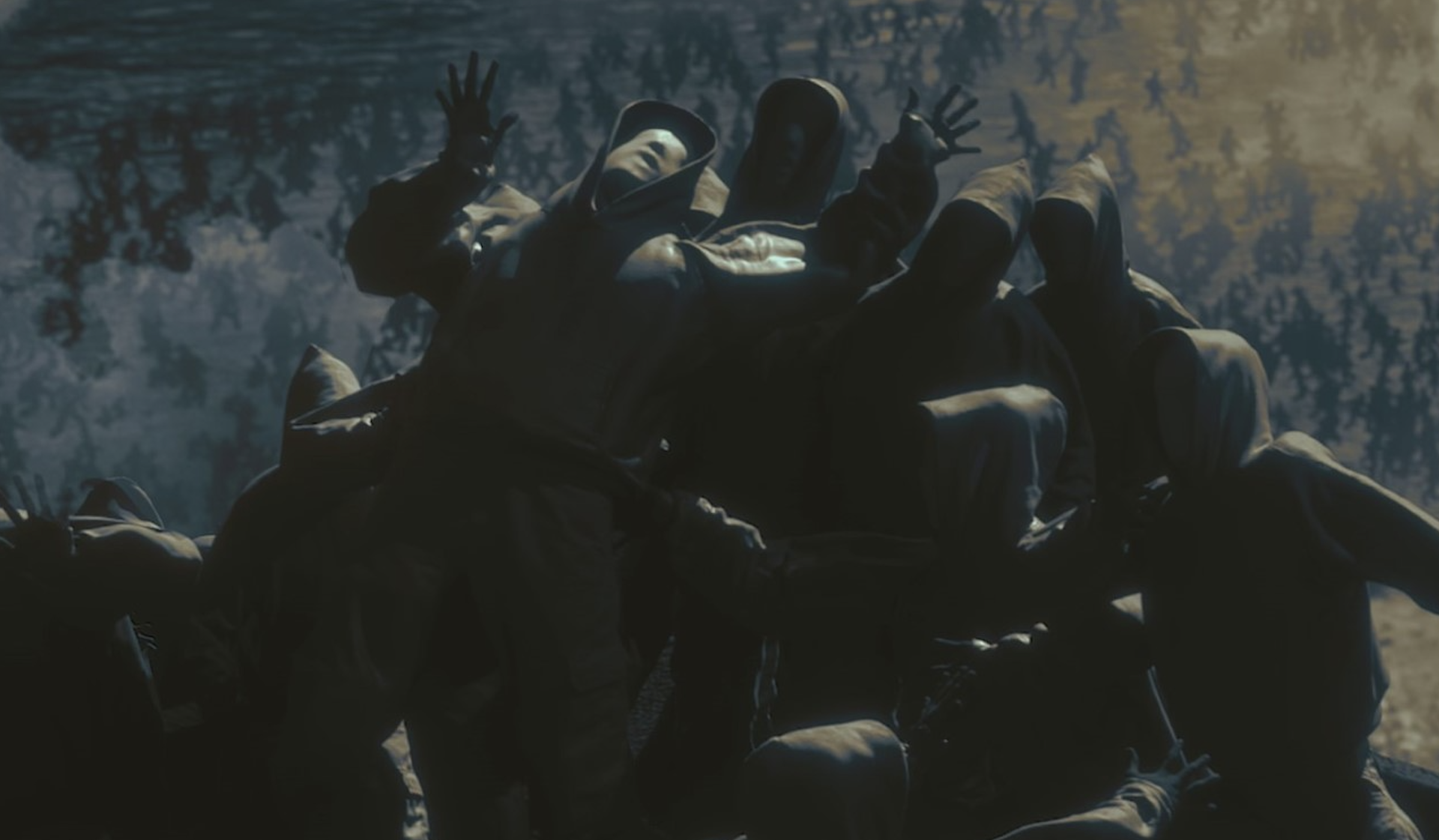