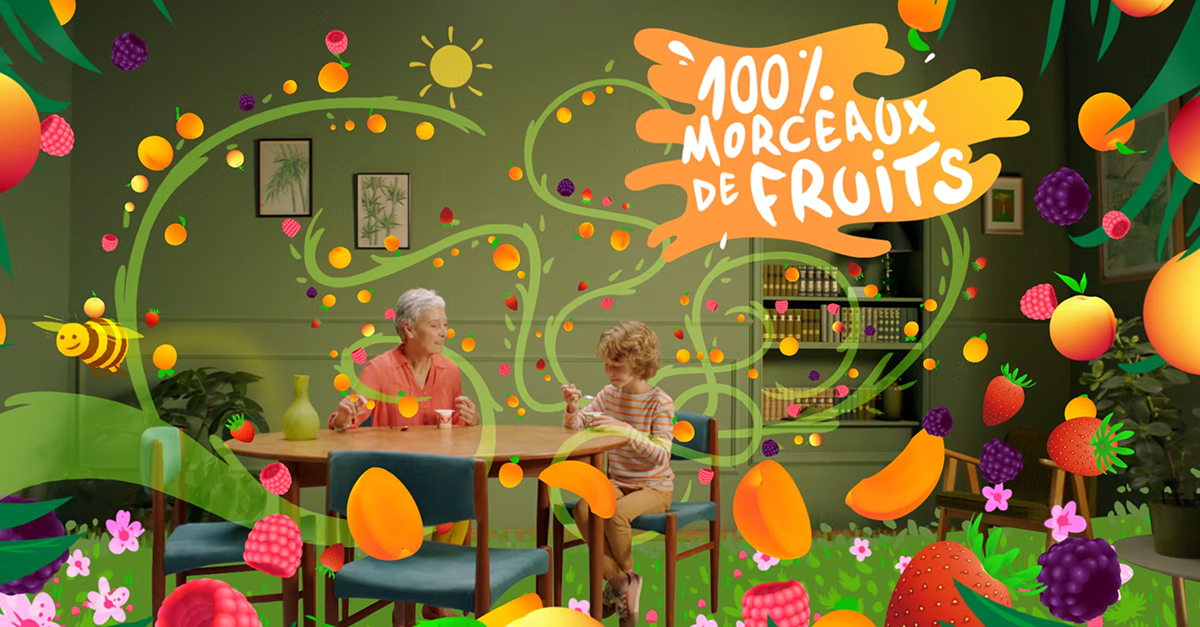 Although post-production is The Mill’s area of excellence, we sometimes produce or direct commercials in-house.
This is the case for the Yoplait films, released between 2021 and 2022, directed by Shaun Severi, produced by Hugues Allart and post produced by The Mill Paris motion design team.

“The synergy of creating all the assets inside the studio from the art direction, direction to the post production made everything possible and created a seamless work flow which was extremely enjoyable to work with for both myself as the director and for the client & agency too. ”