SHOTS: Interview with Dom&Nic and The Mill’s ECD Wes on Music Video of the Year, ‘Free Yourself’

As we near the end of our Music Video Focus we talk to the those behind one of our two shots Awards Europe 2019 Music Videos of the Year. Below, Outsider directing duo Dom&Nic and The Mill‘s ECD Jonathan ‘Wes’ Westley, explain the nuts and bolts of making The Chemical Brothers’ Free Yourself.

What was it about the track that inspired the idea for the video?

D&N: The track had a great vocal sample with the ‘free yourself, free me, free us’ line spoken in a slightly strange, compelling tone. It sounded like the voice of both a hostage and a leader, it was pleading and a little scary and a we identified it as the voice of a robot or AI voice. We’ve also had an interest in companies like Boston Dynamics and what the future of AI and robots being bought and sold as products might hold. That was the start of the idea.

The track is also a fantastic Chemical Bros. rave up, so the germ of the idea was, what if the AI robots didn’t want to take over the world they just want to dance? The narrative of the AI robot factory and the lone security guard on duty developed and grew from there. Tom [Rowlands, one half of the Chemical Bros.] also talked to us about people losing, themselves and getting out of their box when they listen to the music at shows, so that helped build the characters and ideas of who the AI robots were and how they acted and what was going to happen.

You’ve worked with the Chemical Bros. on a number of promos; how closely involved are they in the creative process of the video?

What was the initial conversation about when Dom & Nic approached you to work on the video?

Wes: It was something along the lines of “We‘ve got the new idea for a Chemical Bros. video idea based around loads of near future robots waking up in a repair warehouse and starting a rave”, so we were instantly hooked! We were finishing up another project for Dom&Nic at the time so we chatted about it in more depth over the next couple of weeks – asking about the storyline, the characters, the design, and, of course, the practicalities of how we go about achieving it. 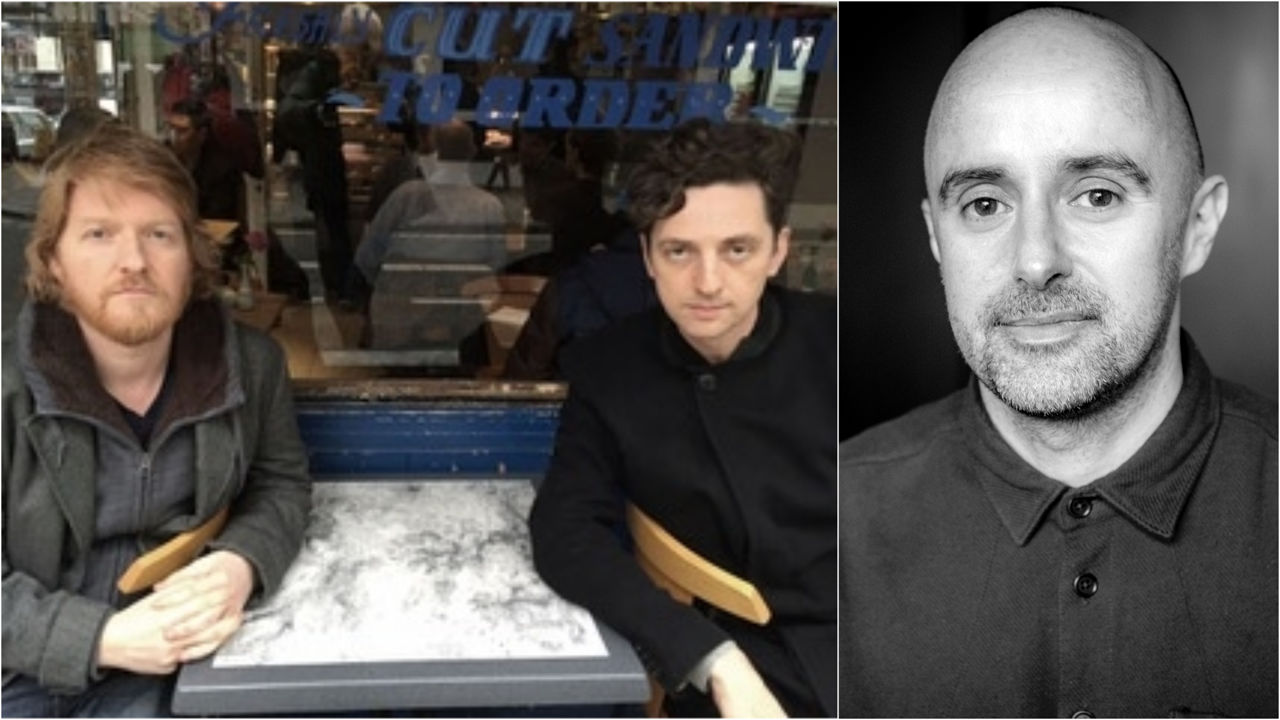 The video is both comedic and slightly sinister; was that always the aim?

D&N: Absolutely, yes, and Tom and Ed have a great sense of humour which is in their music and in the videos. The video for Wide Open was a more serious emotional tone without the humour, and that came from that specific track. With Free Yourself the track had a rave up hip-hop, break style, crazy, lose yourself feel. We came up with lots of dark and funny ideas about robots dancing badly or comic things happening to them which really worked with the music.

Wes: Definitely. I think robots coming to life and acting independently is something that is inherently sinister. But when you realise that all they want to do is let themselves go and express themselves through dance you understand they are just like us.

How did you decide what you wanted the robots to look like?

D&N: We wanted a mixture of humanoid style robots and more functional worker robots. We ended up with the two types, with the human robots having latex faces. It was important that we made the construction of the robots feel realistic and practically possible – even if they only existed in CGI. We spent a long time talking about both the look and the personality and characters of the robots to The Mill, who turned the ideas into initial designs which we continued to develop right through the process. We also wanted every single robot to be unique, they are all individuals. As we are.

Wes: We discussed this and [Dom&Nic] had an idea of the general direction they wanted to go in and provided us with a mood book of references for the robot design. This then went to our concept team who spent weeks designing and finessing the look of the robots. This carried on through to the build and was tweaked even at the rendering and comp stage. One thing that we kept discussing right through the project was the faces, and the silicone skin coverings, and how much we should see of these.

There are lots of different variations/characters within the robots; did that make the project more difficult?

Wes: Only in the sense that it required extra design, rigging, and modelling time, but I think we got the right amount of variation in there. We used different coloured robot casings and lost arms or legs here and there to increase the sense of variety, plus all the prosthetic faces add a different look to each one of them. 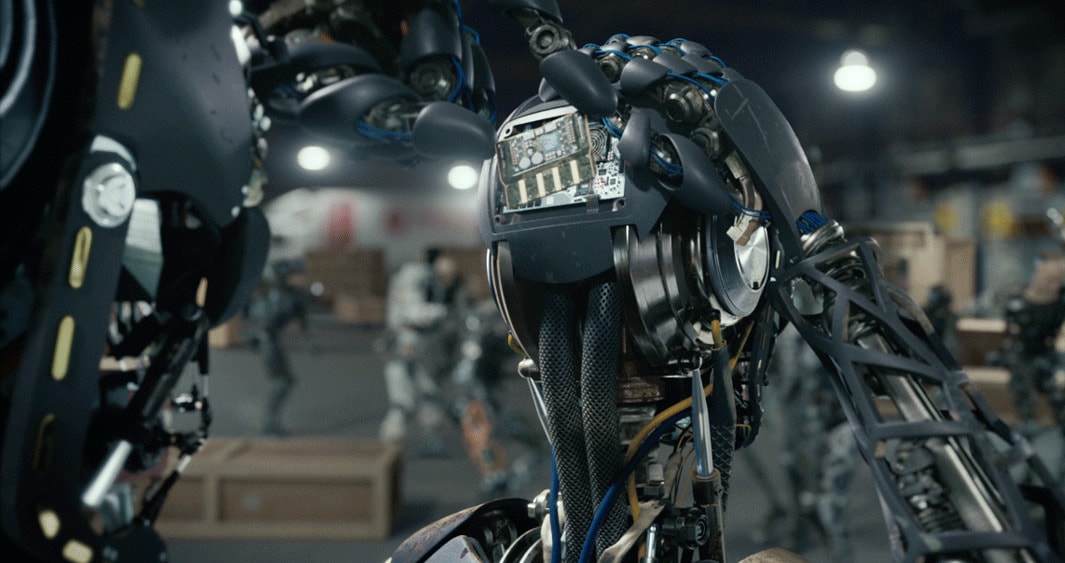 What was the most challenging part of creating Free Yourself?

D&N: The whole thing was a huge challenge. We had to find crew, locations and cast willing to work for whatever we could offer them. We also had to have The Mill on board and committed to make it the best it could be, as so much of the film relied on the post. The Mill were amazing, giving us access to the best talent and software for as long as we needed. And a bit more. We had to be flexible about everything we did to get what we wanted and we didn’t compromise. All the crew who worked on it gave everything as it was such a great idea and a great track. It was a tough shoot but good fun. After the shoot we had to motion capture lots of dancers for all the roles of the robots, if you watch the video and imagine that nearly all of those movements were created by dancers and actors in motion capture. We had to plan out the action and the scene and use tape on the floor to give them marks to work in as well as acting like a robot. Building the robots in post was a huge task and the level of detail The Mill went to was fantastic. No stone was left unturned in the pursuit of realism and cinematic style, the team just kept chipping away, innovating and creating digital magic on the screen. It was a very inclusive, inspired and creative part of the job to bring the look and performance of the robots to life.

Wes: I think rendering scenes with over a thousand CGI raving robots in was probably the most challenging part of what was a very fun and rewarding project to be involved in.

How long did the project take?

Wes: From the initial chat to delivery it was around nine months. We decided that we would use a new piece of technology in this project called the X-Sense suit. These are motion capture suits which we could set up and use in the office at The Mill. This enabled Dom&Nic to have the flexibility to suggest new dance moves throughout the project which could then easily be dialled into the animation.

This was crucial on a project like this. Only when you see the full renders can you properly assess the performance and the composition of the scene. Having this option enabled us to be constantly adding to scenes and improving the overall feel and organised chaos of the rave.

What’s the best thing about working on a music video?

D&N: With the Chemical Bros. it’s the combination of great music and a free rein to push our own ideas it to the absolute best they can be. We can make a decision right there and then and act on it instantly which means we can get more done quicker than we can when working in commercials.

What’s the biggest change you’ve witnessed in promo-directing since you started?

D&N: Post production has come on so much and what interests us is how it is integrated into great traditional filmmaking to create stories and bring alive ideas that might have been impossible 20 years ago. The other thing is that when we started there was no online, instant viewing for videos. We made videos for TV and they were more disposable then, and you couldn’t access them once they were off the telly.

Nowadays, a music video will forever be linked with the track via YouTube, so someone looking for the track will also see the video. It means they will live as long as the music does. That means we have a great responsibility to the artists to make music videos worthy of the music for the rest of time. We love that idea.

What are you working on next, and do you have any future plans to work with the Chemical Bros. again?

D&N: We love making commercials, we just had a very busy year and there’s a few interesting things we’re pitching on at the moment. We try and make a music video every couple of years or so and there are other artists we love to work with or would love to work with. Of course, it’s always a pleasure to work with the Chemical Bro., It’s about timing and we’ve always been really lucky with that.

View the full article on Shots.