Melody Maker began her career in the world of fashion, before turning her talents to helming ambitious promos. Now, the Mill director is bringing her blend of reality, fantasy, live-action and VFX to commercials and creative tech. Selena Schleh meets a rising talent who exemplifies the new breed of creative ‘slashies’
Press April 1, 2020 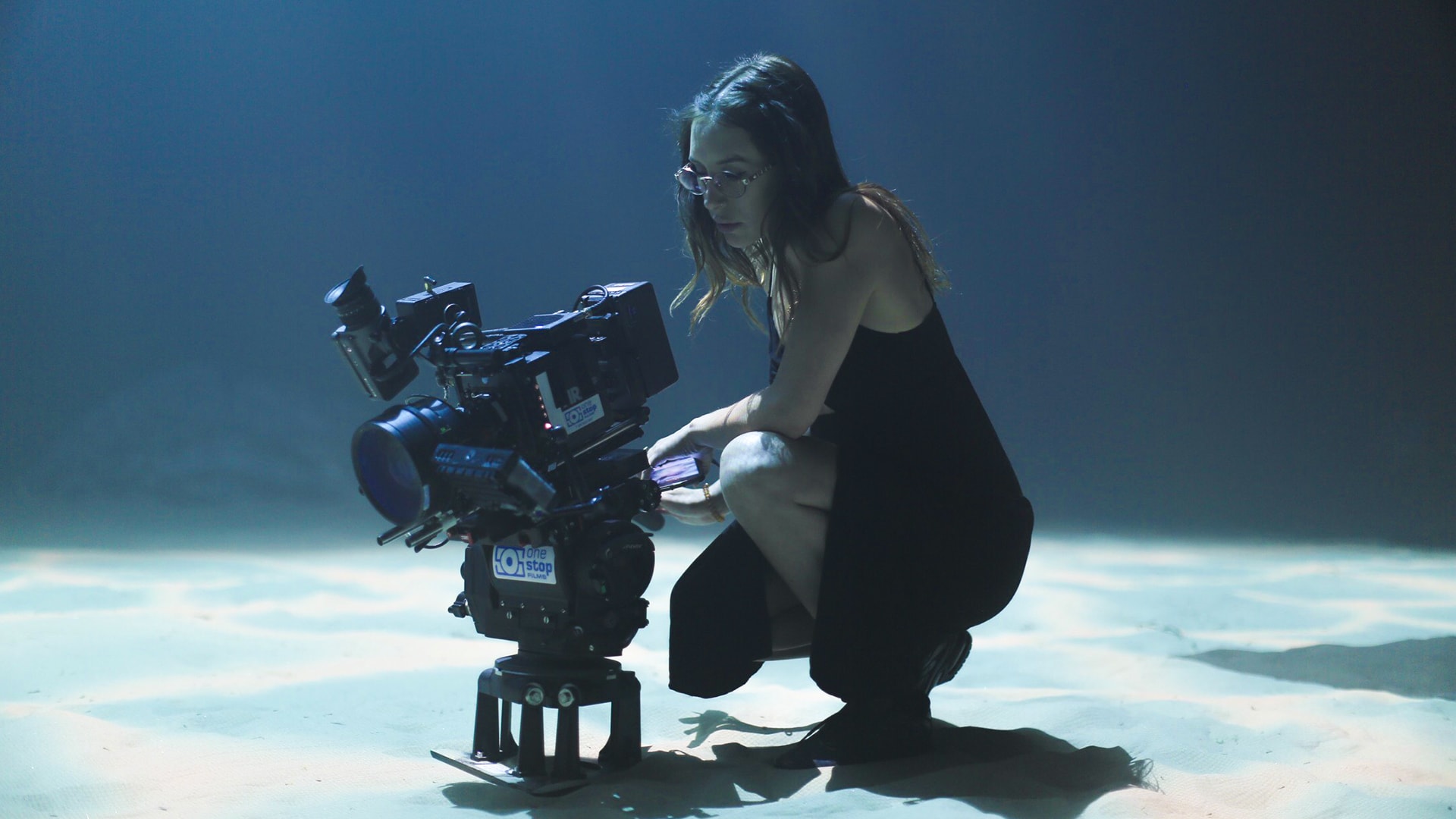 When it comes to choosing a pseudonym the only limit, it seems, is your imagination.

“The ‘Maker’ part is a statement of what I want to be… Also, I like the alliteration. It does make it quite hard to search for me on the internet, though.”

Melody Maker took a Ronseal approach to her work name. “The ‘Maker’ part is a statement of what I want to be,” she explains. “Also, I like the alliteration. Plus, my dad used to work in the music business and was a big fan of [now-defunct weekly music magazine] Melody Maker – I’ve got issues going back to the early ‘60s. It does make it quite hard to search for me on the internet, though…”

Above: Maker’s work for Mabel.

Whether you call her a maker, a slashie or a multi-hyphenate, there’s no doubt that Maker’s talents extend far beyond filmmaking – though her reel, boasting spots for Nike, Herbal Essences and OPPO, promos for Gorgon City and Bosh and a short film, demonstrates a growing directorial flair. “Fashion designer, stylist, creative director, photographer, director… I just roll with the punches really,” is how she describes herself. Currently developing an Instagram filter for a high street fashion brand and augmented reality concert visuals, she’ll soon be able to add ‘creative technologist’ to the list.

Hailing from the heart of British suburbia (Weybridge, Surrey), Maker has been a London native since the age of 18, when she moved to the capital to study fashion design at UAL. After graduation, she worked as a stylist for M.I.A, then joined resurrected ‘70s punk label, BOY London, as a creative director.

From the visuals-heavy fashion world, it was a short step to filmmaking, dabbling in fashion films and music videos for her East London mates. “I just picked up cameras, I taught myself everything,” she says. It turned out designing a collection and writing a treatment were pretty similar: “You come up with an idea: what’s your concept? Then you think of the backstory to this concept: who are the people wearing these clothes?” But while clothes could carry a narrative, she found them too fleeting for her purposes. “You do a show, everyone loves it for an hour, then onto the next thing. The stories I wanted to tell didn’t have enough longevity when it came to fashion.”

So, in 2017, she left BOY to pursue directing full-time, churning out 14 music videos in one year on budgets ranging from shoestring to dental floss. Having a coterie of creative mates – all part of the same East London crew – certainly helped in those early days. “I pretty much put myself through film school,” she says, “or rather, my dear friends, musicians who wanted to be artists, helped me – we all kind of learned and grew together.” Those friends included Rizzle Kicks singer Jordan Stephens, electronic music duo Gorgon City and Greentea Peng.

You can check out Melanie’s reel here.

Read the full article on Shots.