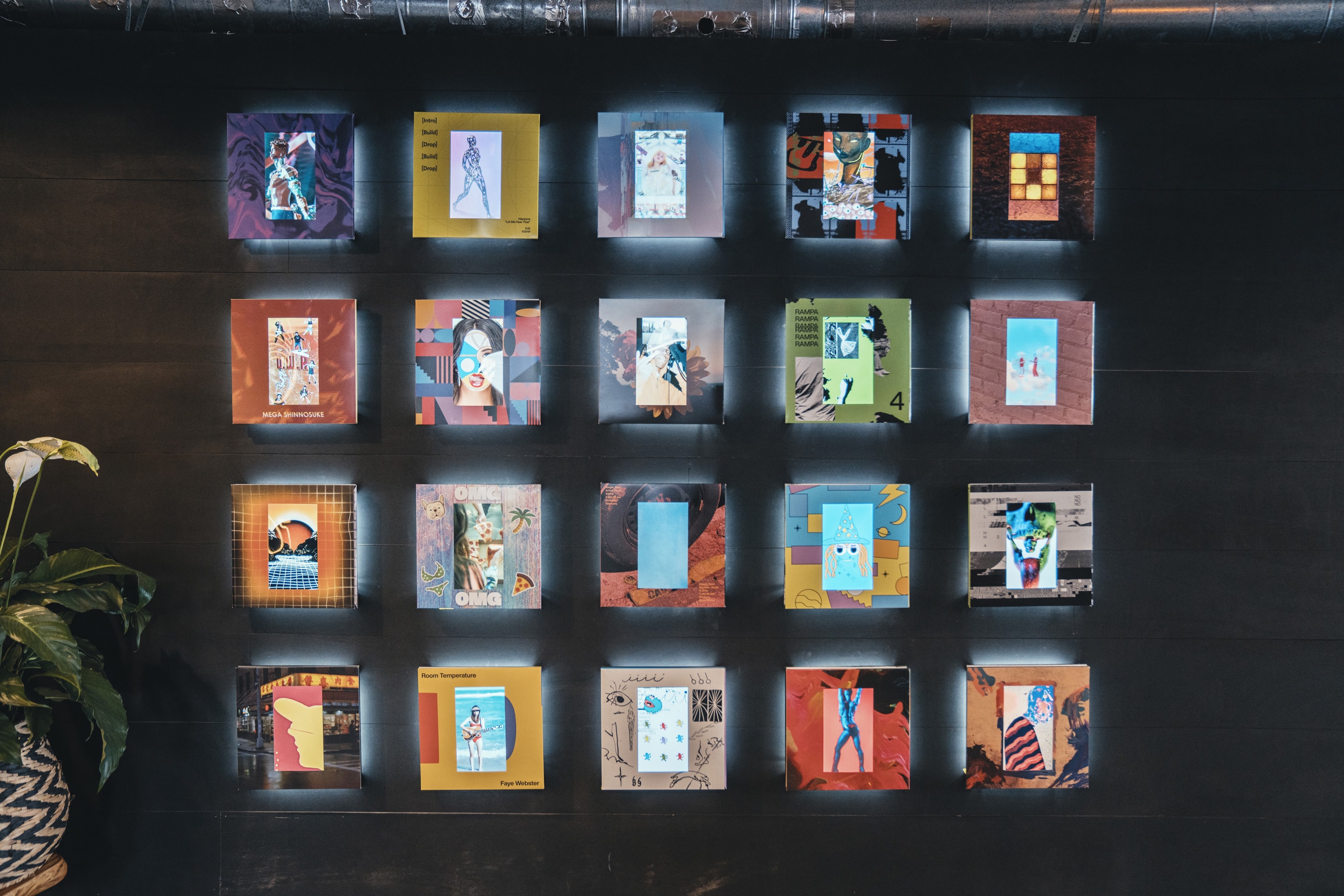 Last month, Spotify debuted “Canvas,” a feature which gives artists the ability to create an eight-second looping video—a moving album cover, of sorts— for each of their tracks on the platform. To promote Canvas, the company tapped New York shop Fig to create a “store” to showcase some of the best Canvases created to date in a real-world setting.

Last month during the Austin City Limits music festival, Fig along with production and VFX shop The Mill opened “Canvas Records,” an audiovisual listening bar where visitors could enjoy the tunes while experiencing the Canvases as living, breathing artworks, each one resting inside a custom frame that mimicked classic vinyl record sleeves.

Visitors could pick up “albums” from artists like Lil Wayne Billie Eilish, Bon Iver and John Mayer while the visuals moved on the sleeves. Codes featured on the back of each record could be scanned by guests so they could listen to the tunes simultaneously.

All 100 canvases that were on show at the event can be seen on this Spotify playlist.

View the article on AdAge.