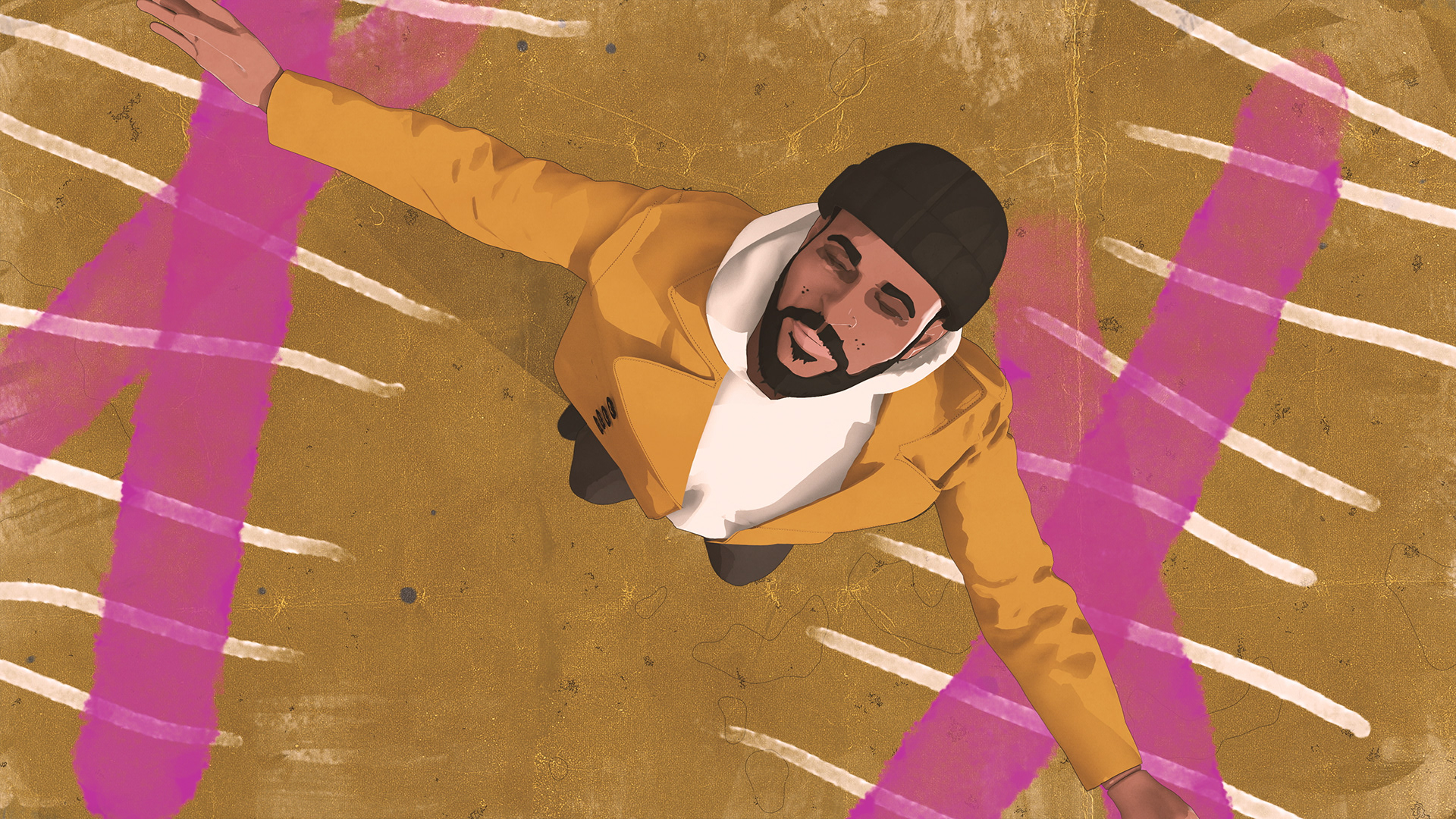 How did you become a director?

My career as a whole started out eighteen years ago creating album covers for metal bands. At the same time, I was getting into motion graphics and the opportunity came about to turn one of my album covers into an animated music video. It was the first of many green screen shoots, we were still working in 4:3 and using Betamax tapes and the singer refused to sing on the day. It was a steep learning curve! I never considered myself a director at that time and I didn’t for a while after that, but I got asked to do more videos. Sometimes they required animation, some were live-action and some were a mix of both. I did so many green screen shoots I would dream in chroma green!

After a brief stint as a full-time designer at an agency (they went bust, not my fault!) me and a producer friend Tom started a small agency creating content for the music industry which included music ads, music videos, album covers, photoshoots and album campaigns. We worked for all the major labels on lots of different projects, and because we were so small I found myself wearing several hats as director, designer and animator. One day I would be animating a 3D James Brown and the next I would be showing Pete Tong how to fake DJ. I directed opera singers at the Corinthia Hotel and shot at an Abattoir in Bradford for Morrisons. We put Grandmaster Flash in an animated Ghettoblaster and Fatboyslim in a spinning vortex. Both of whom I taught to fake DJ too.

More recently I have focussed solely on being an animation director full-time. The pandemic meant a lot of shoots couldn’t happen and clients, including labels, turned to animation for all their content. This has led to a string of successful campaigns for artists such as Lil Wayne, Skip Marley, Marvin Gaye, Nelly, Justin Bieber and KISS. The situation also allowed for more time to hone my skills as an illustrator and animator and to finally tackle a skill set I was avoiding for so long – character design.

Now things are opening up I anticipate more live-action work and the possibility of combining animation with that. What I love most about working in both mediums is how one influences the other.

How would you describe your style and what are some of your favourite projects to have worked on?

I think people would definitely say I have a style, particularly in the last year but I don’t see it that way. It’s risky to get stuck in a certain style as a director because what might suit one project won’t suit another. So I like to change it up and it’s why I like flipping between live-action and animation. I learn from both mediums and incorporate them into the other. However, there are definitely themes I like to work with that will come through in everything I do. Colour is a very obvious consideration, which I think is a reaction to having created so many dark, metal videos in my past! I am always pushing to make things interesting, whether that’s being weird and odd-ball, irreverent, super intense, or hyper fun. In our digital age, I want to keep people watching right up to the very end. I like flow, the way a film can move from one scene to the next. In animation that can be very literal. More recently I’ve been trying to incorporate as many hand-drawn, analog and fine art disciplines into my work. I find it instantly makes things feel more authentic and crafted, giving the film more soul.

My favourite projects are Big Wild ‘City of Sound’ because it’s where I found my directing voice. Working with NinjaTune I knew they were the right people to allow me to push myself and I really, really wanted to impress them. I put everything into that creative.

Recently I finished a string of visuals for Lil Wayne’s album The Carter IV. I always aim for every video project to build upon the last one, to always improve and because it’s my most recent work I feel like it’s my best. I think it strikes the right balance between complementing the music, visualizing the mood and tone of the songs and creating something with my mark on it. I also loved working on documentary visuals for Nelly ‘Country Grammar’ because it just has everything I love about animation in it, the reaction was great and it opened a lot of doors for me.

A special mention has to go to the two album campaigns I did with Jeff Goldblum. I’m just going to humblebrag, I don’t care! I worked with him twice, it was so surreal! I made him crawl inside a grand piano. We mimed eating noodle soup. We shot in Frank Sinatra’s house in Palm Springs. I don’t get to brag about it enough, and I want to.

How would you describe your process?

The initial idea and concept are key. Getting there is a bit of a challenge and I have a method where I digest the brief, consume loads of research online and in my head, I juggle between the things I would like to make and the things that would serve the brief and then I walk around a lot daydreaming and wait for it to come to me in the shower or at 3 am. Then I write it down immediately, or it will dribble out my ears and get forgotten about. I suspect a lot of people are the same. However, brainstorms don’t work. Brainstorms need to be put in the bin with blue sky thinking.

There is also a lot of planning. Whether that’s discussions with producers, sketches, look development, animation experiments. A lot of PDFs and team briefs get sent around. But nothing gets officially made until all the parts are in place and the plan is locked down. I’m a visual director, I get obsessed with looks, design, colour and technique but I always have the tone and the message of the story in the back of my head. I have to constantly think about what it is I’m trying to say. For music videos that is pretty easy, you have music and lyrics that set a very clear tone.

When it comes to making, it can be tough starting to build that first scene. But once I get going, and even though I’m working 90% on a computer, it’s still creating art and you get into a flow. I use 3D a lot, but I’m always aware that it can be quite soul-less, so I try and hide the 3D as much as possible. Whether that’s with painted backgrounds, hand drawn details or toon shaders. I like to work with illustrators and fine artists a lot, who don’t work in 3D, who compliment what I am making.

I also do this thing where I make things really small on my screen, squint my eyes and see if it looks good. We live in an age of thumbnails and doom scrolling, unfortunately, and I like to make sure people click on my stuff. Part of the process is also watching how your work is received and where it goes after you let it out into the world. If any director tells you they don’t read the comments under their videos they are lying. I honestly take it as feedback because the people immediately around you won’t tell you if you’ve made a stinker or not. But people online definitely will!

What are you most looking forward to about working here at The Mill?

The Mill has always been this giant powerhouse at the top of the industry that I’ve known about forever and It blows my mind at the thought of being part of it. It’s a big organisation but at the heart of it, there’s a lot of support, smiling faces and positivity that makes it a happy working environment and will only serve to make better work. It’s my motto to constantly improve, so much so I have it tattooed on my chest. Ask me and I’ll show you!

I’m looking forward to talking shop with like-minded people, but what I’m most looking forward to is the arsenal of resources and crew. And possibly access to a render farm! To have all that at my disposal means the possibility for great things are endless.

What is currently inspiring you?

I have a 4-year-old daughter and we watch a lot of cartoons and animated movies together. Too much probably, but Daddy does it for research. I love watching things through her eyes, seeing what holds her attention and what she understands. There is an art to speaking to kids through animation, they may be the toughest crowd due to their ridiculous attention spans. I’m always looking at how emotions can be translated through animation and Pixar are top of the game at doing that. Holding people’s attention is something I am always thinking about, because what’s the point of a great story if no one is watching?

I am a visual person, so I’m not going to say I am influenced by people’s struggles or random acts of love. So I soak up as much visual material as I can. I got into graphic novels way too late so I’m trying to consume as many non-superhero books as I can and discover new artists. The Maxx is a comic series that sums up everything I loved about the 90s, subversive MTV culture, of which I was very much into. I’m a sucker for nostalgia and find it funny how rose-tinted it can be. 20 years on and we can look back and clearly define what was great about it, but at the time it was probably quite crap!

I have a carefully curated list of artists I follow on Instagram who inspire me every day and whom I hope to collaborate with in the future. Some I already have which has been a dream. Learning how to animate clothes in 3D has led me into an appreciation into contemporary and couture street fashion as well as big fashion houses like Gucci. I love everything about what they are making right now and particularly how they shoot and market their items.

Outside of design I’m into the current new wave of Jazz music we’re experiencing like Moses Boyd, Mansur Brown, The Comet is Coming. As well as more established people like Flying Lotus, Thundercat, Kamasi Washington. I relate to the focussed passion they have for their craft and the pursuit of excellence.

I live next to Southend on Sea, and like a lot of people here, moved from London. The pace of life living by the sea and shift in work-life balance has contributed to better work in general. This is down to the amount of time you give to yourself to think which I find really important. However what I love about Southend the most are the characters we get in this town, they are a treasure trove of inspiration for future characters.

You can check out more of Tim’s work via his Creative Talent page and follow him on Instagram @timfoxcultlovesyou. You can also contact us regarding your upcoming projects here. 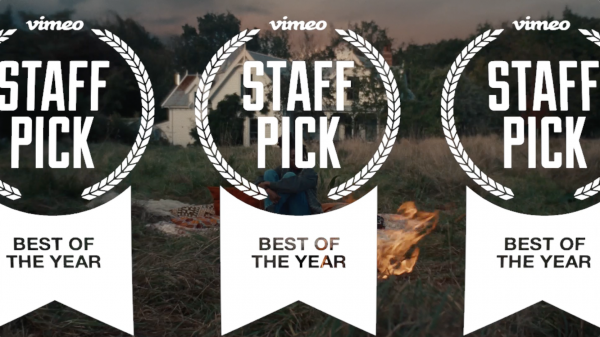