Spotlight on Anton Anderson, Head of Finishing at The Mill

Discover how the Head of Finishing, Anton Anderson, got into the industry, insights on some of his favorite projects, and what he sees for the future of Finishing at The Mill.
Thought January 3, 2023 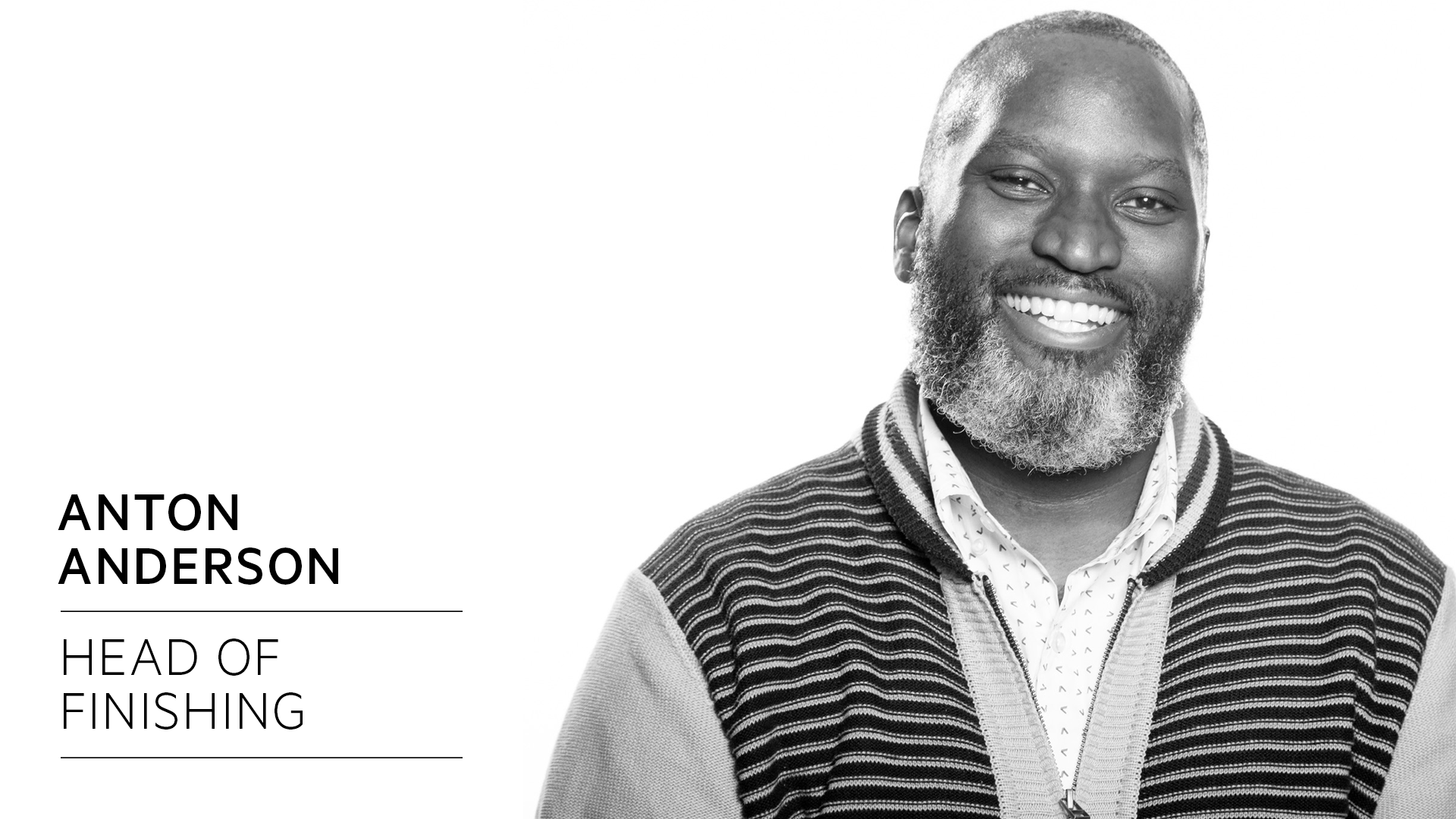 Can you walk us through your journey and experience and how you got to this position?

During college, I majored in Broadcast Communications and Film, which gave me some experience with television/radio production work. After getting my bachelor’s degree from Manhattan College, I went to the School of Audio Engineering, and that led to an internship at a Pulsemusic, a recording studio that worked with artists as well as creating theme songs and music for commercials.

Being around a facility like that exposed me to a creative process centered around client-facing and schedules. From there, I was asked to come in for an interview at Rhino FX and landed a job as a Flame Assist where I was introduced to a whole new side of creating, albeit one that I never really knew existed. For the first time, instead of Logic or Pro Tools, I was tasked with becoming familiar with Media Encoder, After Effects, and editing in Avid. All of this was to support the needs of the Flame artists.

I went on to really come up at Poetica fka Manic. It was there that I put in a lot of extra time and effort to start my climb from Assist to Junior and eventually Lead Artist. There I worked primarily on beauty spots for brands like Maybelline, Olay, L’ Oreal, and music videos. From there, I went freelance, which was hugely beneficial and propelled me into the next phase of my career.  Enter, The Mill.

When the merger with MPC happened, it created some new avenues for movement within the company, and the opportunity to become the Head of Finish was presented to me.

Coming up in this industry, there were very few people of color in higher management positions. This role is not only important to my career but is also an opportunity for others that look like me to see themselves and the totality of their lived experience represented. I’m happy to provide guidance to those who maybe didn’t realize this world was open to them.

What’s been the most memorable project of your career?

With Sephora, it had been a while since I worked on a campaign that was focused on beauty, and additionally, the expansion of the efforts to actively take part in equity for Black creatives and shining a light on the contributions from Black culture.

Capital One was also quite a lot of fun to work on and was memorable in that it didn’t get to air fully as it was a campaign for the NCAA tournament in 2020 that was eventually postponed to 2021 due to COVID lockdowns. Sometimes you work on a job, have a lot of fun doing it, and get through a lot of hard work, and for reasons completely outside of your control, the best-laid plans and jobs go to waste. That aspect was unfortunate, but it was definitely one of the “before times” jobs that I’ll never forget because of how my work experience has changed since.

What do you see for the future of Finish at The Mill?

I see The Mill continuing to develop our relationship with brands and being that go-to for companies like McDonald’s, Samsung, and Google, for example. We are able to provide a certain trust and consistency with our background knowledge that brands know they can rely on to maintain their standard. With our talented pool of artists and creatives, we are also able to have a high output of work in a short time.

I also feel like we have opened ourselves up to work on more projects that feature and champion the stories of historically marginalized groups that have traditionally been overlooked. We had this opportunity in our work with director Nailah Jefferson on ‘Descended from the Promised Land: The Legacy of Black Wall Street.’

The new students and talent that are out there and helping them understand that their unique viewpoints and insight into the world are appreciated. I want them to know that I’m here to amplify those voices as well as offer my guidance because giving back is important to me.

I’m also always heavily inspired by music, specifically digging for vinyl records for sampling. Instruments, samplers, and drum machines have always been a creative outlet that I’ve enjoyed indulging in. Music playing in-suite during a client session can carry the same weight as what I do creatively. It’s maybe low in the background, but it’s a driving force to the process. The same energy of pointing to a record and saying, “have you heard this?” carries the same interest peak as someone saying, “want to check out how I did this shot?” which may provide answers to roadblocks that consistently happened before. And with that shared information, we can all become better.

Interested in joining The Mill? View our open positions on our careers page. You can get in touch with Anton and our VFX team here.