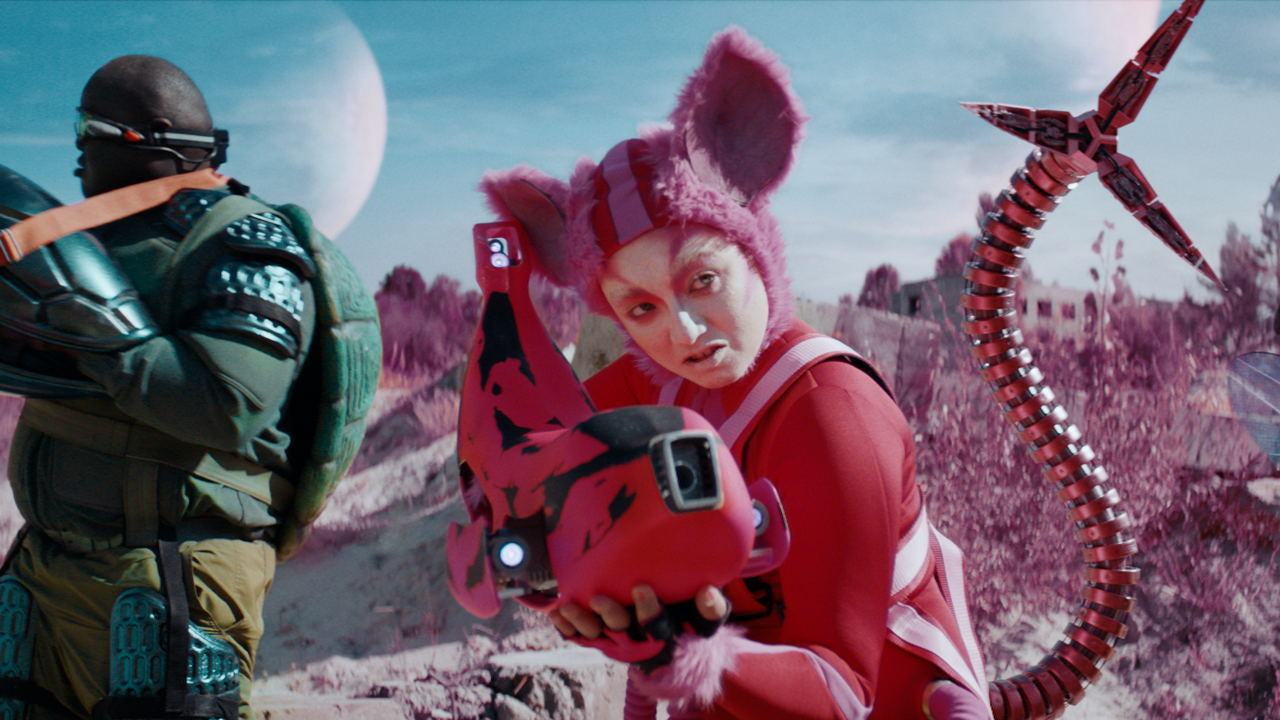 In 2018, Wieden+Kennedy London and Academy director Ian Pons Jewell convinced the world “Phones Are Good” and now they’ve dialed up the tongue-in-cheek quotient for Three’s 5G service with layers of unrelenting VFX from The Mill crew.

Often, advertising is about the one big idea, but Three’s Real 5G ad bucks that trend, making it instead about dozens of small ones. The film, directed by Ian Pons Jewell, transports viewers into a future UK, where 5G reigns supreme, Tinder has gone holographic and Greggs is delivered down a remote-controlled chute.

“We wanted to create a future that was recognizable, but also like nothing you’ve ever seen before,” says Creative Adam Newby. “Even though everything’s a bit absurd, and a vision of the future, it’s believable.”

According to Newby, the ad was a mix of visual effects created by The Mill, and real-life production design – for example, the futuristic airplane and newsagents. A few extra tricks, such as rigging a camera to resemble a giant earhole, also helped achieve some of the ad’s weirder moments.

Thanks to its mix of digital and physical craft, the film is absolutely packed to the gills with details, and it’s only on repeated viewings that you’ll catch them all – such as the plane named Spacey McSpaceface, or the floating triple-decker bus. There’s definitely a few Black Mirror-esque elements as well, including the real-time face filters or the mutant finger-headphone hybrid.