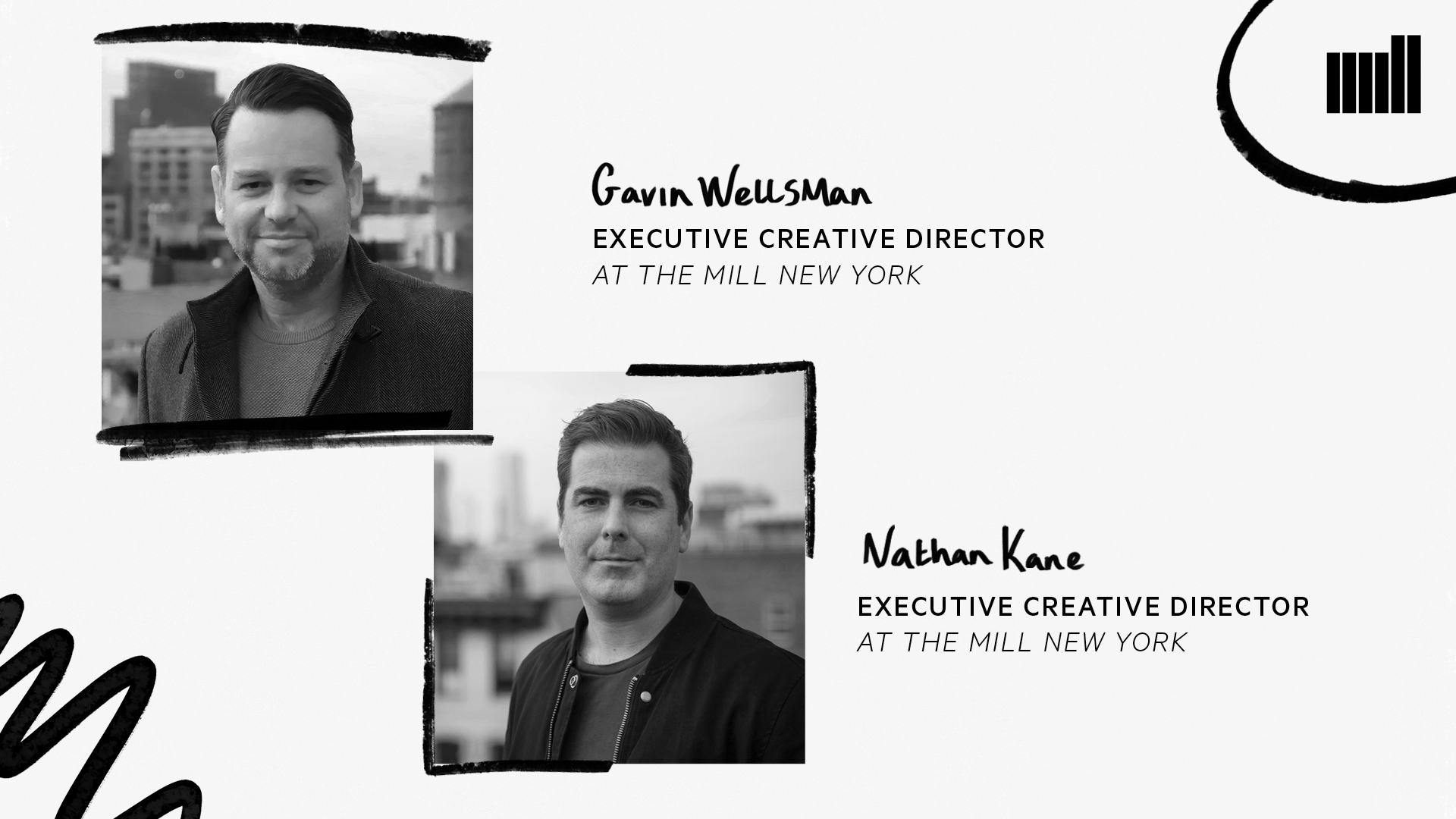 We’re excited to announce the growth of The Mill’s New York creative leadership team with the appointment of both Gavin Wellsman and Nathan Kane as Executive Creative Director.

A long-standing creative pillar of The Mill, Gavin has worked in both London and New York studios, serving in a multitude of senior roles, including Head of 2D and most recently as Creative Director. Gavin has been leading the charge on creative output in the New York studio and across the group, often overseeing The Mill’s biggest visual effects-led projects. His wealth of knowledge, meticulous attention to detail, and expertise in all areas of effects have led him to lead many of our studios’ numerous award-winning visual effects commercials.

Having served as both VFX Supervisor and Creative Director, Nathan has spearheaded some of The Mill’s most prominent and highly acclaimed projects. Nathan has been vital in cementing a number of the New York Studio’s highest-profile creative agency and director partnerships, as well as mentoring many of our rising talent in the 2D department to become VFX Supervisors. As a creative lead, Nathan has been instrumental in shaping The Mill’s creative output and the many visions of our agency, brand, and director partners.

In their new roles, Gavin and Nathan will drive creative strategy, project selection, and strengthen client relationships for our visual effects work, ensuring that we continue to bring in the best projects in the market and execute them to the highest Mill standard. They will be responsible for helping drive forward our creative ambitions, grow our world-class senior creative team, and ensure that our visual effects offerings remain at the technological cutting edge.

Get in touch with our New York studio via our Contact Page.