We sat down with Co-Head of 2D & Creative Director, Glyn Tebbutt, to chat about rejoining the ‘Kidding’ team and what to look out for in Season Two, Episode Two ‘Up, Down, and Everything in Between’.⁣⁣⁣⁣
Work February 22, 2020 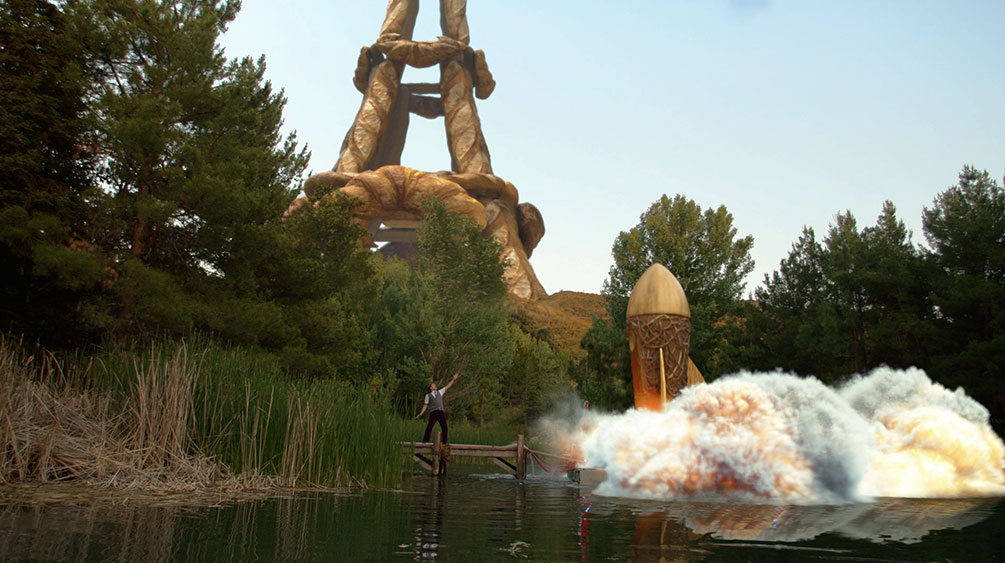 ‘Kidding’ follows Jeff Pickles, a children’s television star, played by Jim Carrey. When Mr. Pickles’ family begins to implode, his life starts to take a downward spiral and he must put the fables and puppets aside to get through this newest crisis in life.

With Season Two having just launched, we sat down with Co-Head of 2D and Creative Director at The Mill Los Angeles, Glyn Tebbutt, to chat about rejoining the ‘Kidding’ team and what to look out for in Episode Two ‘Up, Down, and Everything in Between’.

How did The Mill’s involvement come about?
We are fortunate enough to partner regularly with Jake Schreier on various projects, including Kidding Season One. Last year we were experimenting on a first-of-its-kind music video project for Cashmere Cat ‘Emotions’ (check out the case study here ) and around same time he was prepping this episode, for the second Season of Kidding.

What was the brief for the episode?
We were excited to return to the world we had got to know so well through our work on Season One. Jake knew in advance this was going to be a heavy VFX episode. We were on hand to explore various shots and ideas then collaborate with the Production Designer, Maxwell Orgell, on the best blend of practical and visual effects.

What were the similarities or differences to working on Season One?
With a production like Kidding, we were lucky to be collaborating with a team who are already iconic within the industry and had come together to create a real passion project. In both Seasons this allowed us to contribute to the process at each stage and take every opportunity to push the effects, problem solve the best way to achieve shots and assist production; on what has been a massive achievement and career highlight for many of us.

The experience we bought from Season One was helpful as we were familiar with key members of the crew such as Show Runner, Dave Holstein, and the fantastic Post Supervisors. There was an existing foundation of trust, even with the new production team members and crew. We also had a better understanding of expectations around timelines and deliverables. We were also confident of the vision they were trying to create and build on. 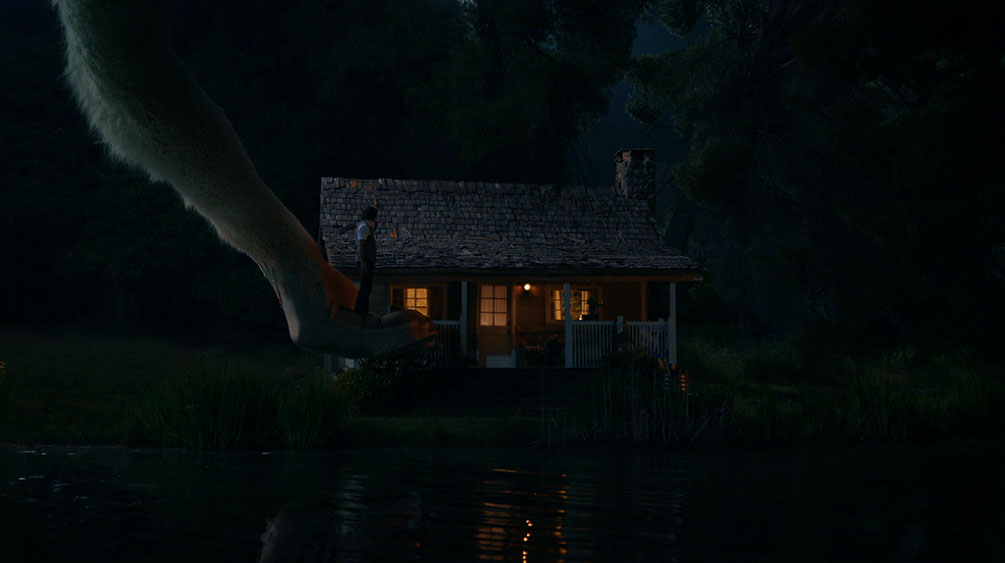 What stand-out VFX should we be looking out for in Episode Two?
There’s a great sequence with a rocket ship. We explored a lot of options for the design and its scale, but the decision to build it fully was deemed achievable and important for interaction with the actors. We then bought the take-off and flight to life.

There is also a transitional moment where Jeff Pickles is laying in a hospital bed and we pan off to a dreamy all-singing all-dancing scene at Pickle Barrel Falls. This environment had only previously been depicted using models, so we had to bring the iconic Falls to reality in full-CG. Keep a particular eye out for the part where a Sasquatch picks Jeff up. The whole section was a continuous two-minute shot which was challenging due to the length and, amongst many elements, the CG waterfall. The fantastical scene also transitions from day to night, stretching the stylistic look even further.

How did we partner with Mikros MPC on this project?
Given the scale of the undertaking for Season Two we joined forces with our friends at Mikros MPC who bought their unique expertise to the project. It was a holistic partnership, with the team bringing ideas to the table, suggesting creative solutions and delivering high quality work in a compressed schedule. The CG waterfall was an especially huge achievement – they nailed it!

Thanks, Glyn! The new season can be viewed every Sunday night at 10pm EST on the Showtime network and on demand through Showtime Anytime.