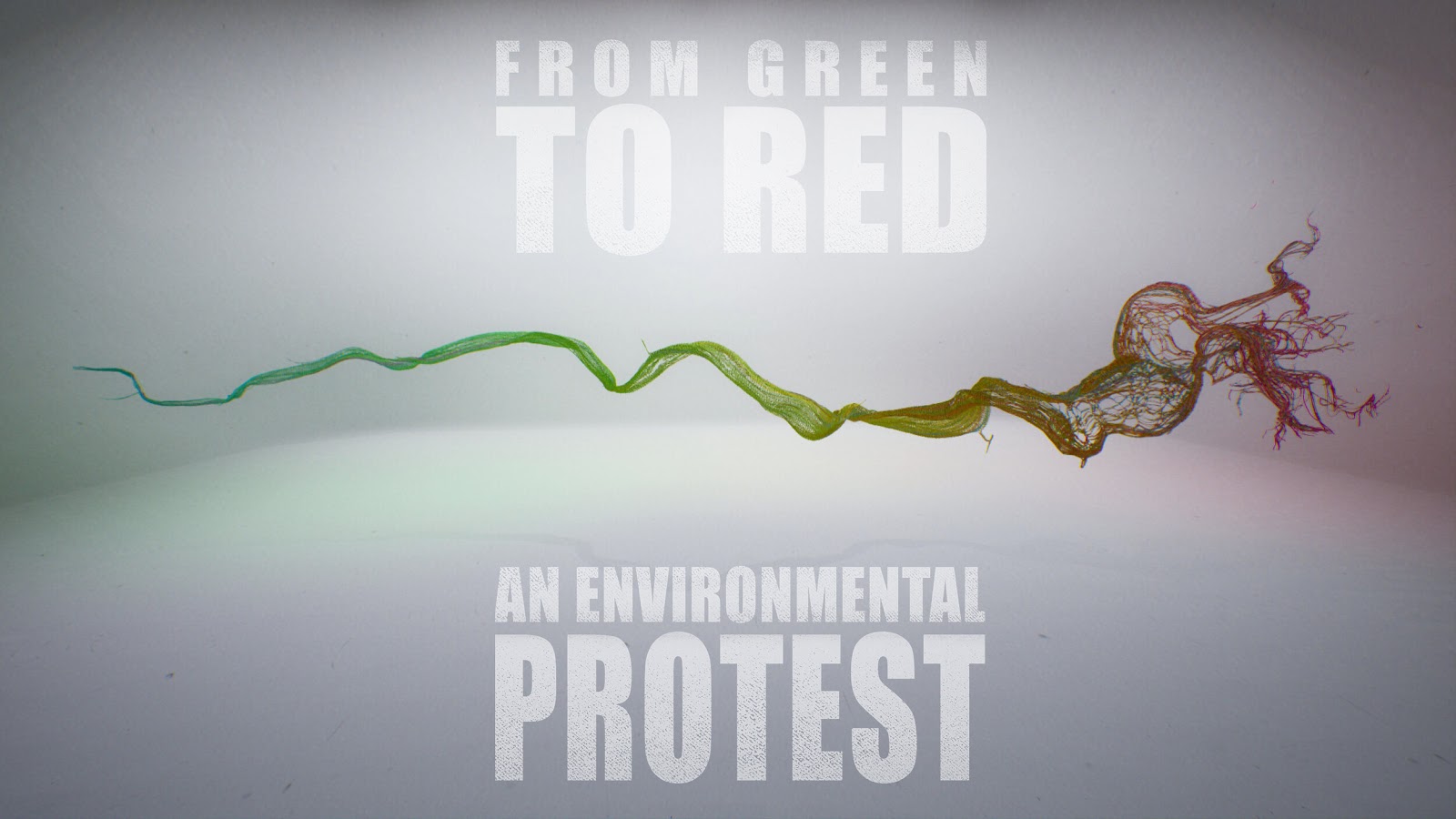 Next week at the Nobel Prize Summit, art, and technology will combine to raise awareness around the human impact on our planet.

From Green to Red: An Environmental Protest Piece will be presented by UN Ambassador for Innovation and Singer-Songwriter Beatie Wolfe, whose track of the same name backs the data visualization created by The Mill.

The stirring digital installation tracks the impact of human behavior on the planet, asking us the question is it too late to turn back? Built using 800,000 years of historic data sourced from NASA, this installation presents a powerful visualization of the CO2 concentration in the Earth’s atmosphere as a dynamically woven timeline of the planet.

Born out of a song Wolfe wrote in 2006 after seeing An Inconvenient Truth, From Green to Red uses the power of art (and music) to represent data in a way that people can literally see differently, while simultaneously reimagining the music video and protest song.

The aim; to provoke a powerful new perspective on climate change and champion the force of collective awareness.

“Working with Beatie Wolfe is always such a joy, both intellectually and creatively challenging at once, but always also a learning experience. We’re sure that the Nobel Prize Summit audience will have a very similar experience from hearing her talk and perform. We were delighted to help visually manifest the crucial message of From Green To Red, and extremely proud and excited to have Beatie present it at such a fitting and prestigious event so even more people get to experience that message first hand.”
– Dan Phillips, Executive Producer ‘From Green To Red (The Mill)
Register here to view Beatie Wolfe speak at the Nobel Prize Summit on Monday, April 26th at 8am PT, 11am ET and 4pm GMT. Find out more about Beatie here.