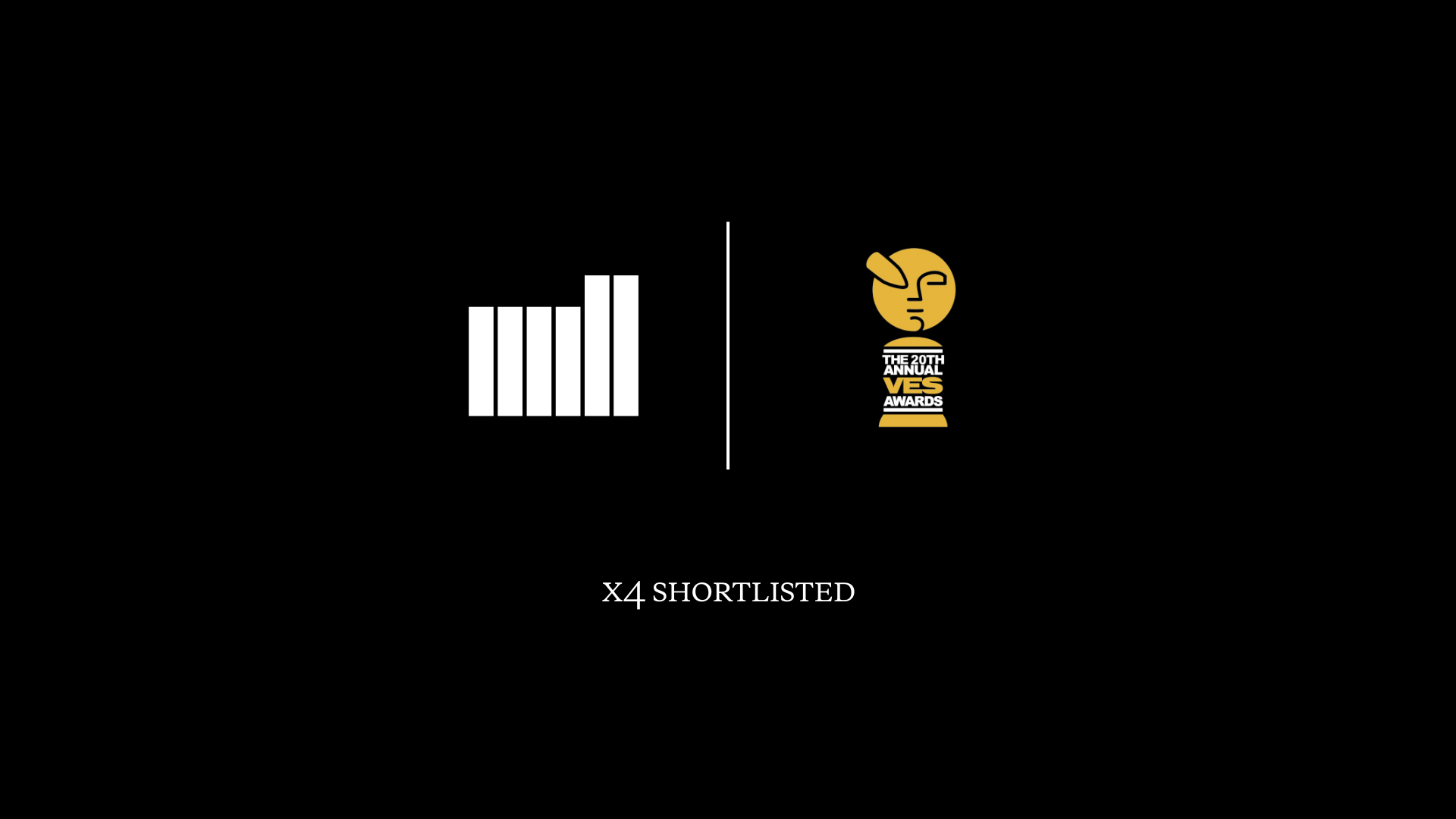 The Visual Effects Society announced their full list of nominations for their 2023 awards. We’re incredibly excited to see that we have been nominated four times in two different categories.

The Visual Effects Society (VES) honours outstanding visual effects work and the artists who created them. Every year, it’s a highlight within the VFX community, celebrating the creative skill and technical achievements of the industry. VES winners will be announced at the VES Awards Gala in February.

Check out our nominated work below.

Samsung ‘Playtime Is Over’ | Outstanding Compositing & Lighting in a Commercial

You can get in touch with our VFX team via our contact page.