Wonder what the Experience world is going to look like post-Covid-19? Attend The Mill’s Virtual Event ‘Signal 2 Noise’ this evening at 5pm ET 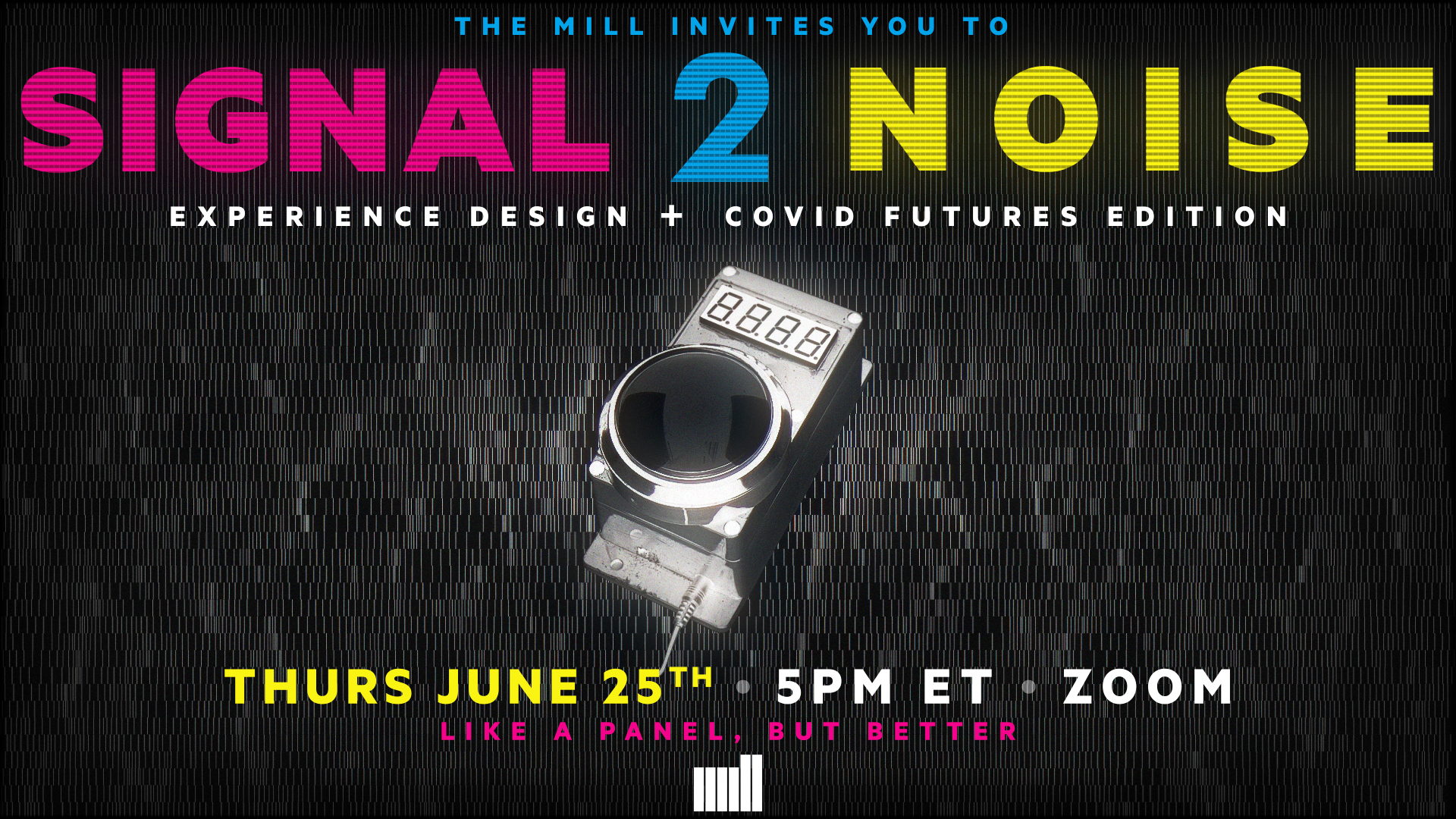 Wonder what the Experience world is going to look like post-Covid-19? Four Experts respond to quickfire questions via one-word answers in a game-show format, against the clock and in front of a global audience this evening at 5pm ET / 10pm BST.

Meet our hosts and players

Michelle Cortese is a Canadian virtual reality designer, artist and futurist residing in Brooklyn. She splits her professional time between designing VR experiences for Oculus at Facebook and teaching creative technology at NYU. Most of her work investigates the transmutation of communication across new technologies and formats. Michelle was previously a Design Technologist at Refinery29; an Experiential Art Director at Fake Love; and has exhibited work at CES, Tribeca Film Festival, SXSW, and Sundance Film Festival.

Mike Monello is a true pioneer when it comes to immersive storytelling and innovative marketing. In the late 1990s, Monello and his partners at Haxan Films created The Blair Witch Project, a story told across the burgeoning internet, a sci-fi channel pseudo-documentary, books, comics, games, and a feature film, which became a pop-culture touchstone and inspired legions of “found-footage” movies in its wake. It forever changed how fans engage with story and how marketers approach the internet. Inspired by the possibilities for engaging connected fan cultures and communities online, Monello co-founded Campfire in 2006.

Rama Allen is an interactive artist and Executive Creative Director at The Mill. He guides, develops and directs inventive combinations of technology and art for interactive, film and immersive experiences. As creative head of Mill Experience he leads multidisciplinary teams of designers, coders, engineers, filmmakers and hardware hackers in an effort to prototype the future of film through experimental projects and invention of creative technologies. Along his creative path he has been a sound designer, jazz musician, photographer, filmmaker, writer, interactive developer, designer and mischief maker. He consults and shares knowledge on creative process and technology for brands, governments, and at conferences and universities including Yale, NYU, Duke, MIT, Cannes Lions, FITC, and OFFF.

Georgia is an Aussie NYC based writer and editor. Formerly the ideas editor at Quartz and Editor of Kinfolk, Georgia focuses on lifestyle journalism with a passion for science and technology. She specializes in making obtuse content accessible and complicated ideas simple. Whether that’s a whitepaper on a new economic theory, a short film on the ethics of gene editing, or a children’s book on the microbiome, Georgia is interested in using unexpected mediums to bring awareness to the world’s most important issues.

Stay tuned for details on how to join the digital event. You can find out more about Mill Experience here or get in touch with the team via hellox@themill.com.