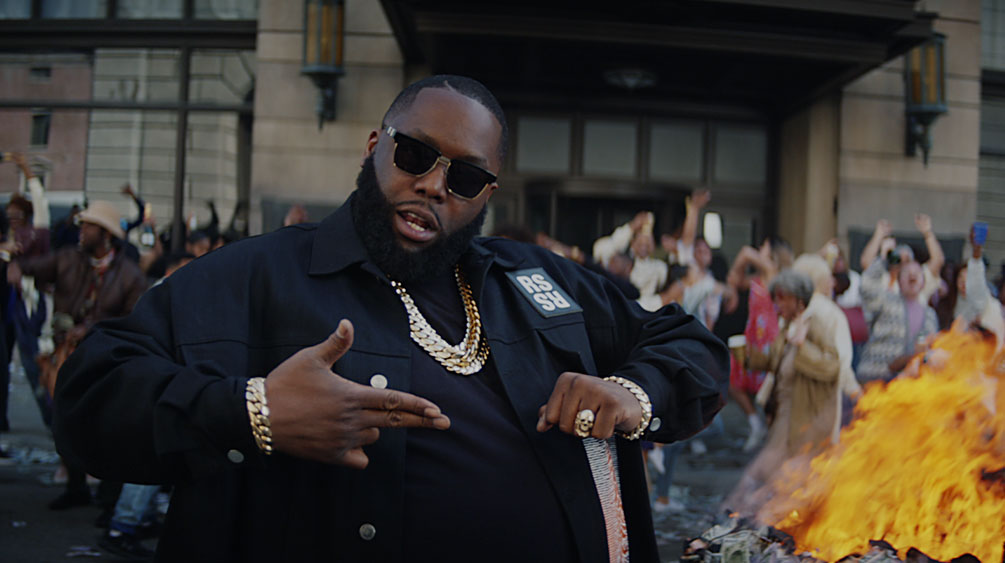 The Mill was approached by directors Brian and Vanessa Beletic to help create an impactful film for Run The Jewels. In the beginning, we discussed at length the director’s ideas and one thing that we kept coming back to was scale. This was the first release from the new album and the creative team wanted this to be a big, in-your-face film that would compel the viewer to watch. The subject of classic hip-hop music videos kept coming up and what better way to convey a sense of scale then with a citywide block party?

The director’s wanted to ensure that the party set pieces would feature recognizable choreography from all eras of hip-hop and with that in mind, we decided to utilize an Xsens Link suit on set during filming. This would enable us to place a dancer in the suit and have them perform the choreography on the day alongside other dancers, rather than days later alone on an optical stage. Subtle as it may be, having the opportunity to capture performers in their natural habitat nearly always yields a more authentic performance. In this instance, our dancer Rob Wilson created some exceptional data for us courtesy of Samo, our choreographer. 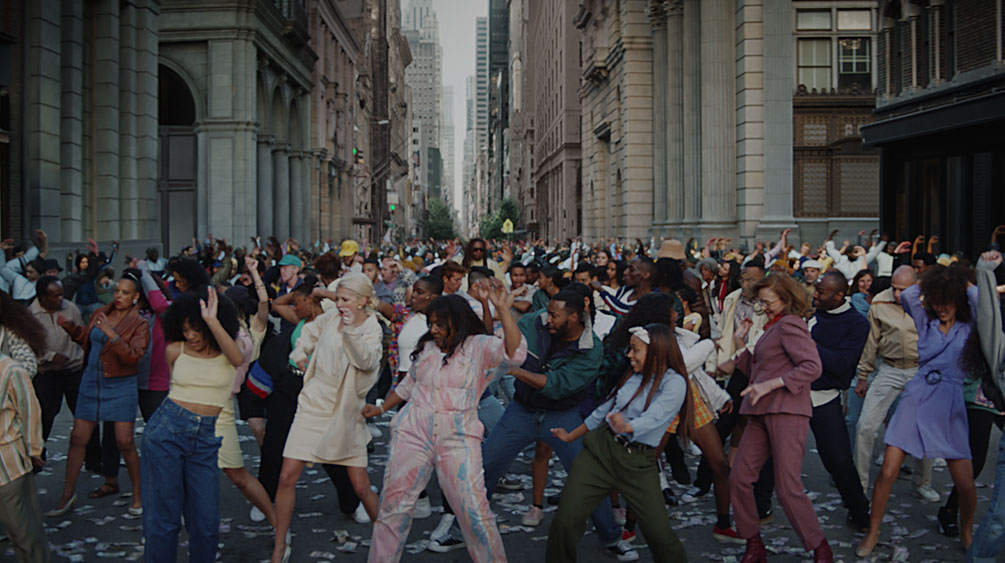 Using the latest MVN Animate software we were able to capture a large amount of data in one hour on set, allowing us time to process the capture as we packed up for the end of the day. This meant that we effectively left the set with our final performances ready for integration into our crowd simulation.

Once back at The Mill, processing the data took a minimal amount of time with a simple retarget workflow in Motion Builder to map the MVN skeleton to The Mill’s internal rigs and import them into our crowd simulations. While running our initial simulations, it was apparent that we needed some additional pick-up actions to match the freestyle actions the live-action dancers had added to their performances. These flourishes would help bring the CG crowd to life, however we were unable to source any dancers due to the lockdown status caused by the Coronavirus.