Welcome to a world where the rules are written in rocket fuel! The Mill teamed up with Electronic Arts and developers Final Strike Games on an explosive launch trailer for the all new multiplayer game, Rocket Arena, directed by David Lawson.

Ramping up for the all new 3v3 shooter, Electronic Arts and The Mill worked closely to develop a unique concept: combine the rocket filled world with the real one. In this part live–action, part animated film our main character and hero, Rev, discovers the world of propulsion just outside her window.

In the minute-long cinematic trailer, Rev stumbles through her morning routine with the help of a few unsuspecting jet powered friends. From Rev’s slippers, jewelry box, and even her morning cup of joe we see the world of Rocket Arena slowly materialize until it’s grand reveal. From Rev’s front porch, actual game footage elements were implemented into the final unveiling of Boom City. 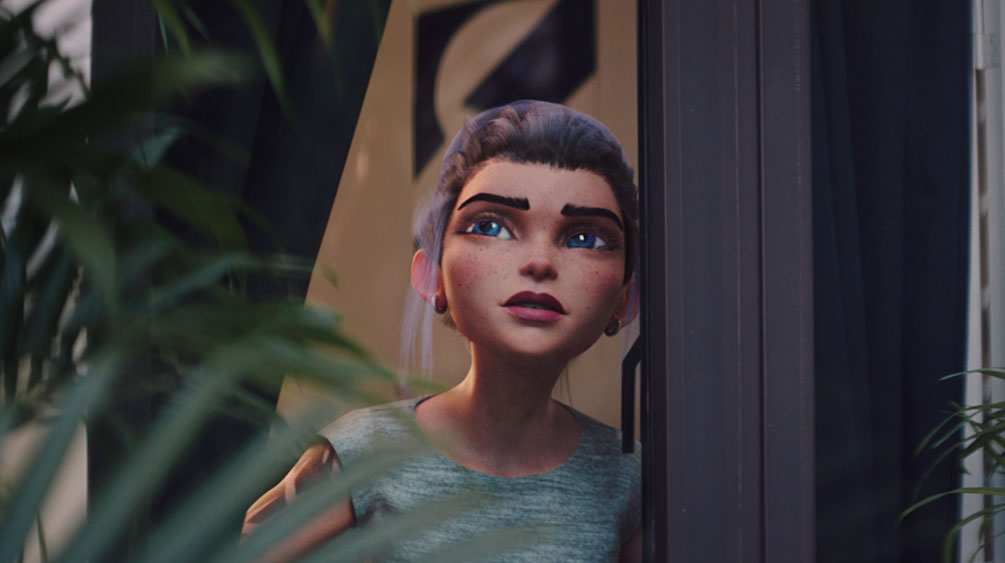 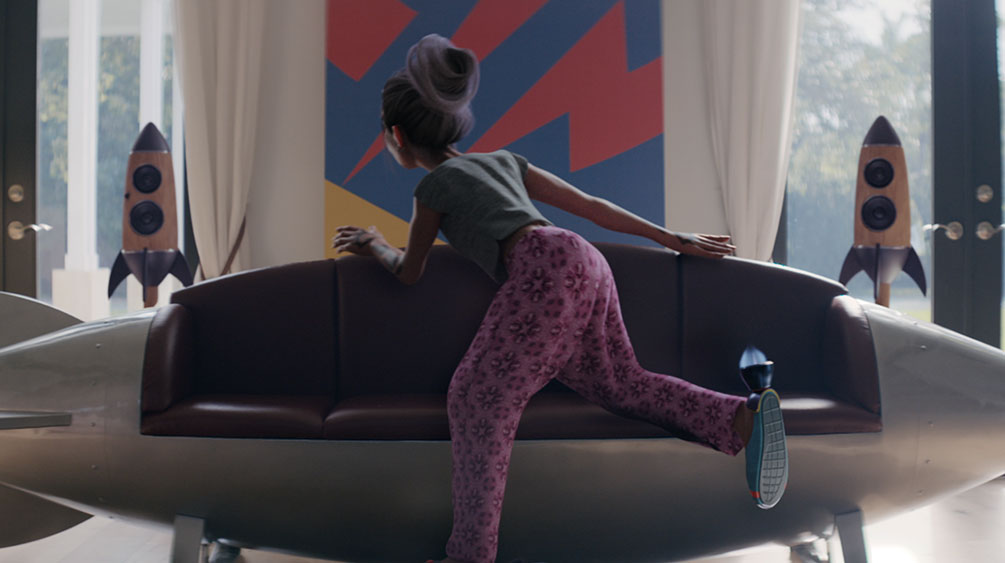 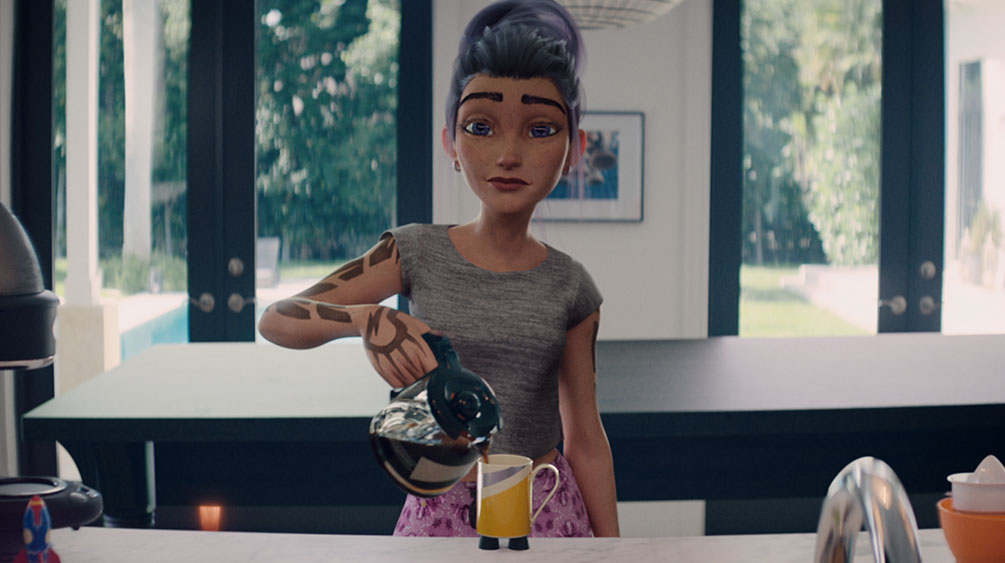 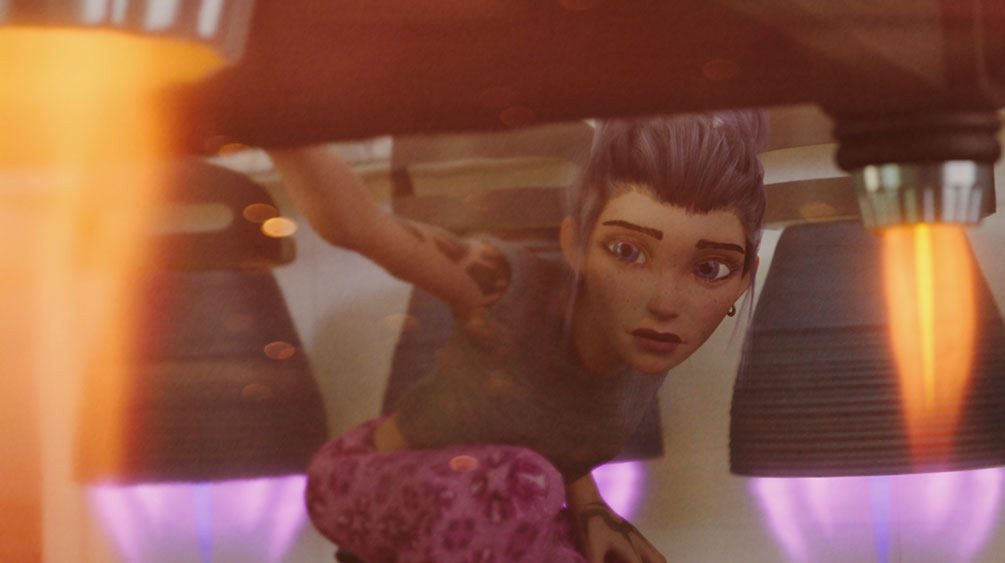 Director David Lawson explains “During the early stages of development we knew that we wanted to blend two worlds together, which is how we landed on a unique approach of placing our CG character into a practical environment. We started off on set, filming the spot in its entirety with an actress for reference, before shooting the same scenes with a clean plate. Having a clear reference alongside the beautiful practical lighting from set was essential to seamlessly blending the key frame animation with the live action set. This method of crafting the commercial was an innovative alternative to motion capture with the best of both live-action and animated worlds.”

David and The Mill’s VFX Team delicately balanced Rev’s characterization against the practical set, cautious to not push her features too far into photorealism. Shoot/VFX Supervisor, Matthew Fuller comments “The project bought an exciting challenge of integrating a stylized CG character into the real world. The key for us was to mimic the onset lighting, in our 3D software, as closely as possible. We then crafted physically plausible shaders to slot Rev into the live action environment. By shooting live action plates with performer in situ, we could reference this, making sure we incorporated all the lighting and shadow subtleties. Our expert team of artists at The Mill elevated the look of Rev by adding mid and micro sculptural details and crafting skin and textural details. We also relied on our in-house grooming tools to give our hero her three unique hairstyles.” 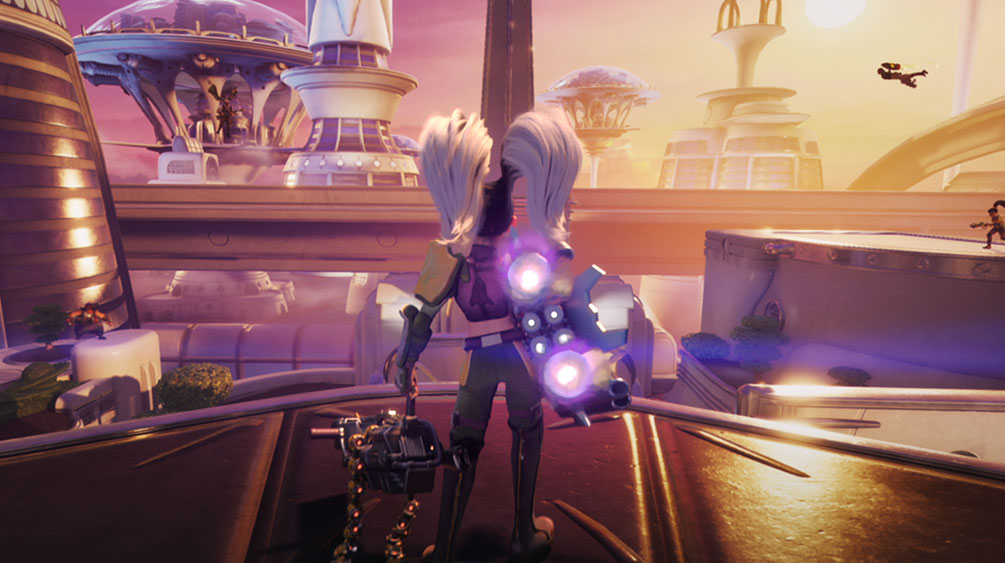 2D Lead Artist, Gareth Parr, adds “Comping CG characters into real world environments is one of the highlights in Visual Effects. Seeing how The Mill’s team of animators and lighters meticulously tweaked the subtle nuances of Rev’s movements and lighting was the key to bringing her to life. Personally, I loved all the minute details this project had, like extra thrusters on the set elements and colorful lights trailing off the rocket props, they really helped merge the two worlds into one.”

David comments “It was an incredible team effort, especially within a 7-week turnaround! The process had our artists across the globe working in tandem which was an epic collaboration with Lead Animator, Paul Tempelman, running the team in London. The trust and constant communication between Electronic Arts and our Mill team was vital to the success of this project. This was an amazing project from start to finish with everything from the storyboard stage through to editorial and colour all done in-house!”

Check out more of David’s work on his Creator Profile and view a full list of credits here. 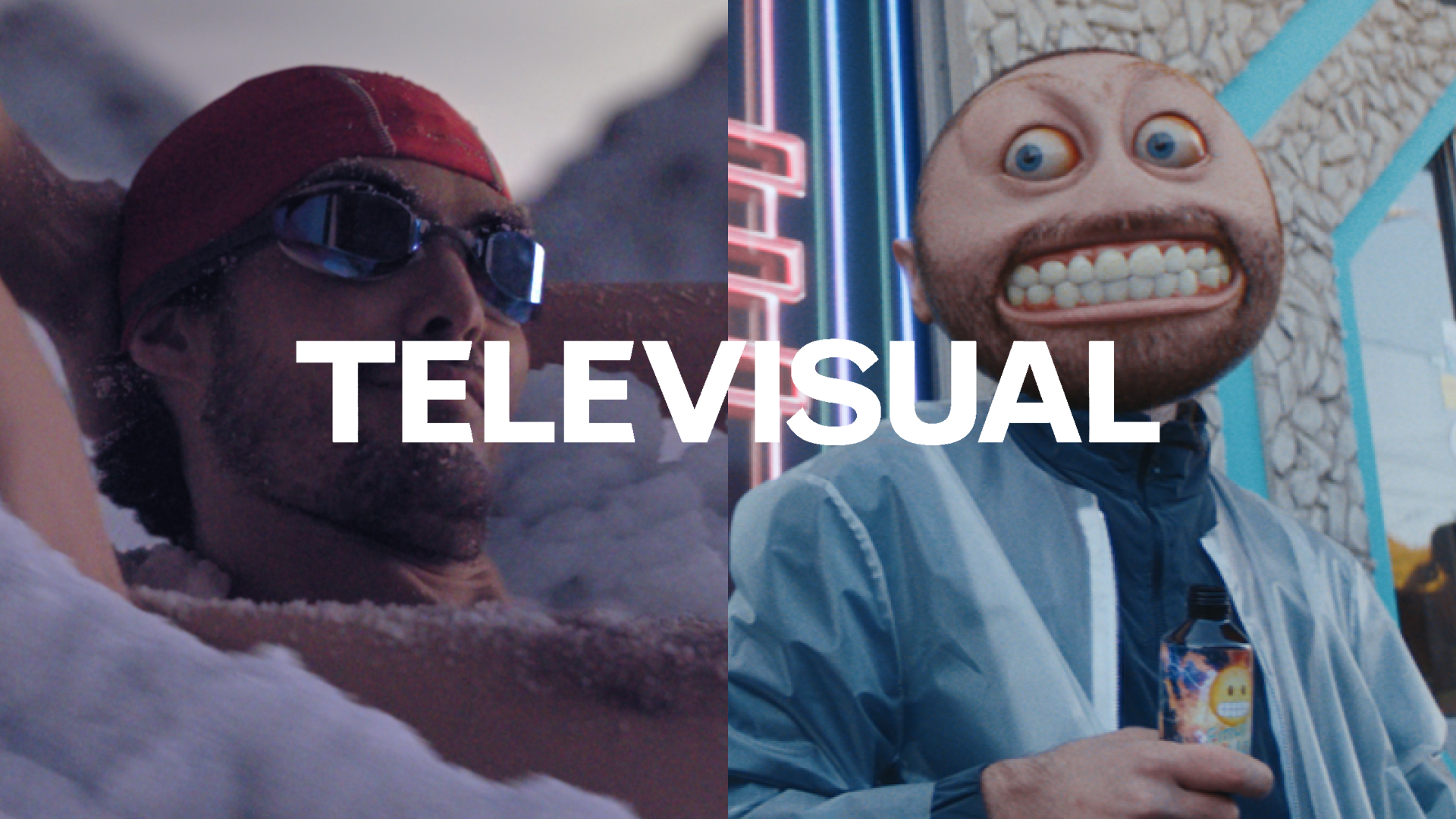 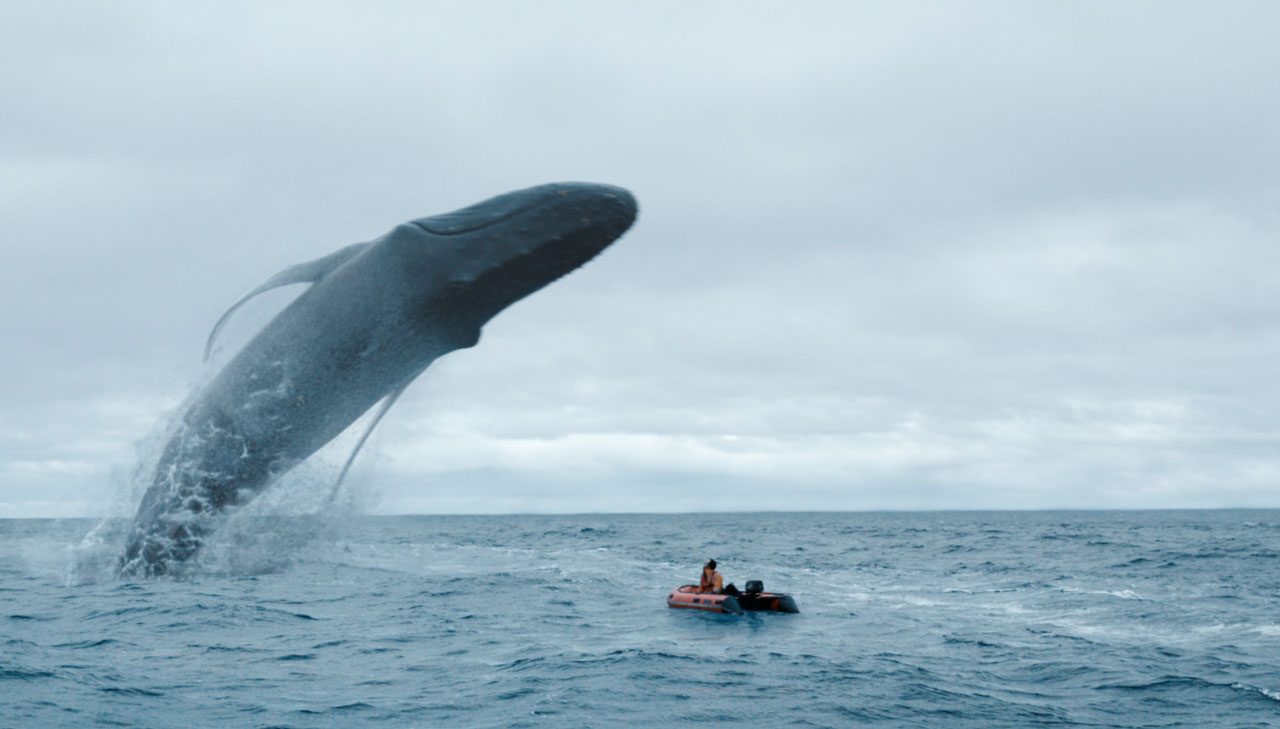 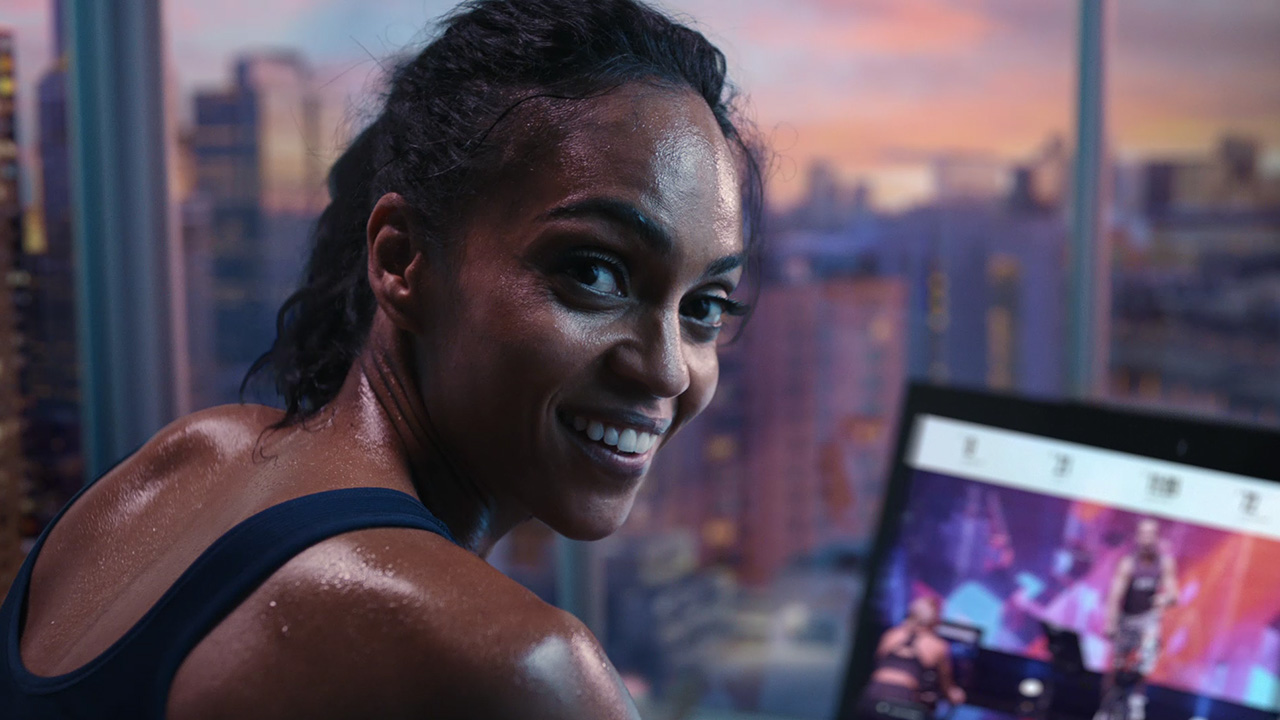