Working closely with the team at KBS, our artists aimed to create a character that interpreted a heightened level of realism in it’s movements and interactions.

We started out by exploring several ideas for character development.The teams aim was to make our monster look like a living creature without veering too far from the original prints presented by KBS. The result, a unique photo real purple monster.

Everything down to the way the character moved, interacted and looked was decided upon in the initial phases of character development. During this process, the CG team worked in conjunction with our animators and modelers to ensure a cohesive look for the monster.

Senior Lead Animator John Wilson comments “Character development then followed with animation tests including variations in walking and climbing cycles to discover how the monster moves. Facial animation was done that would then be passed on to see how it would read when covered with hair.” 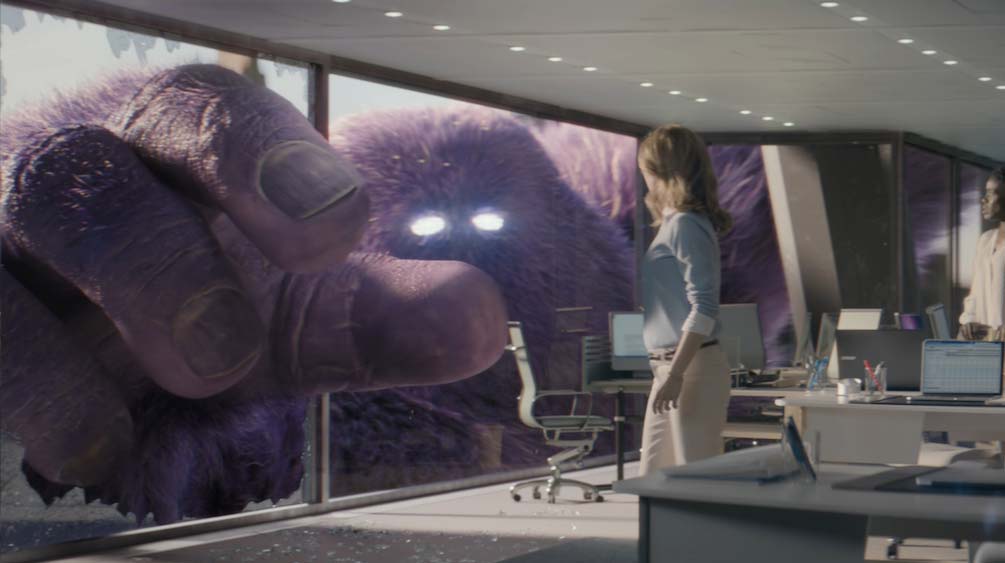 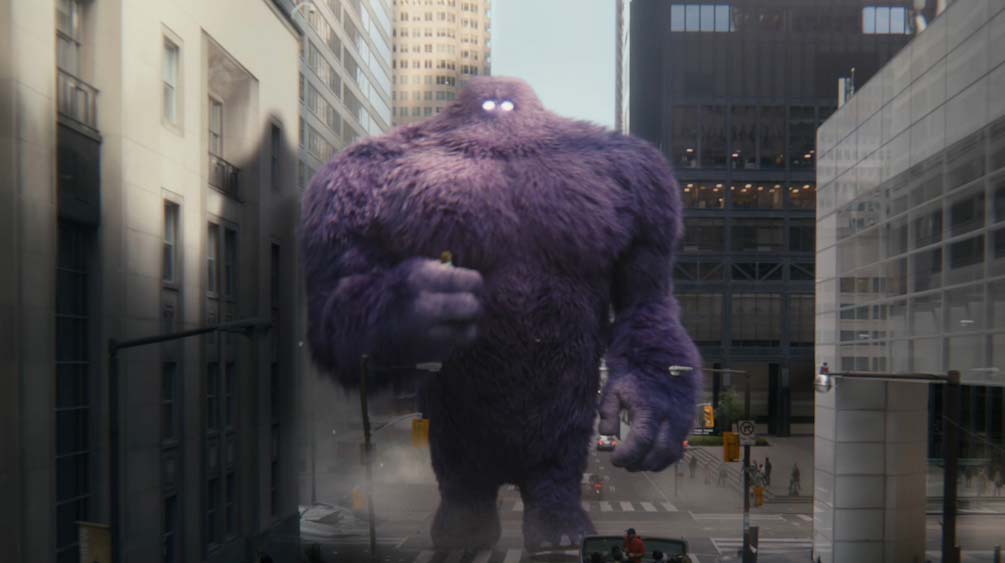 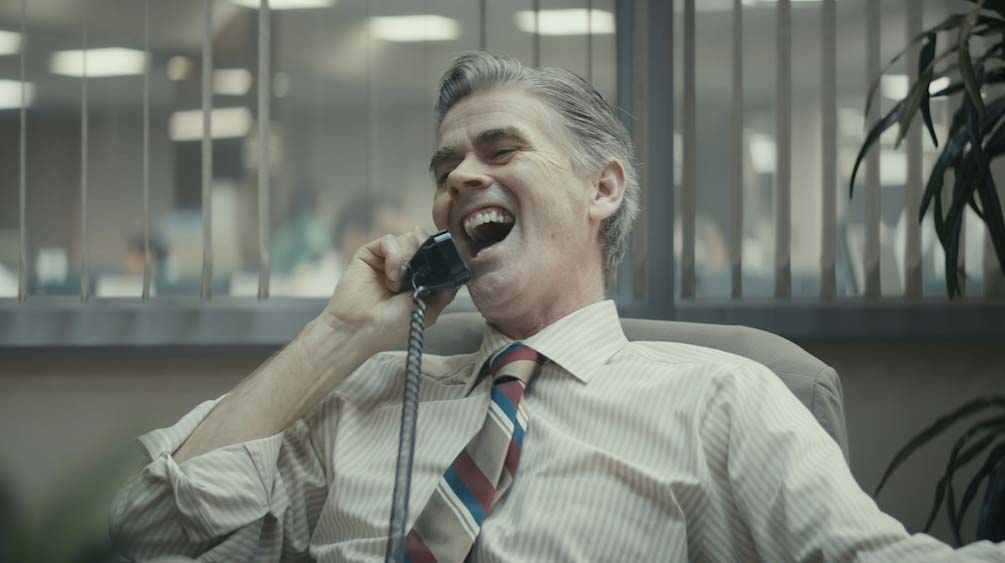 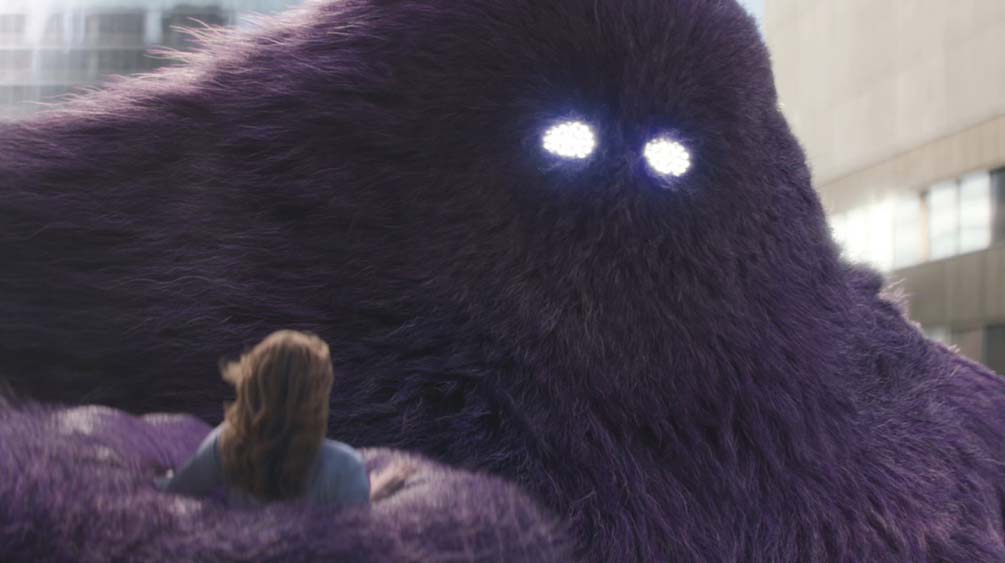 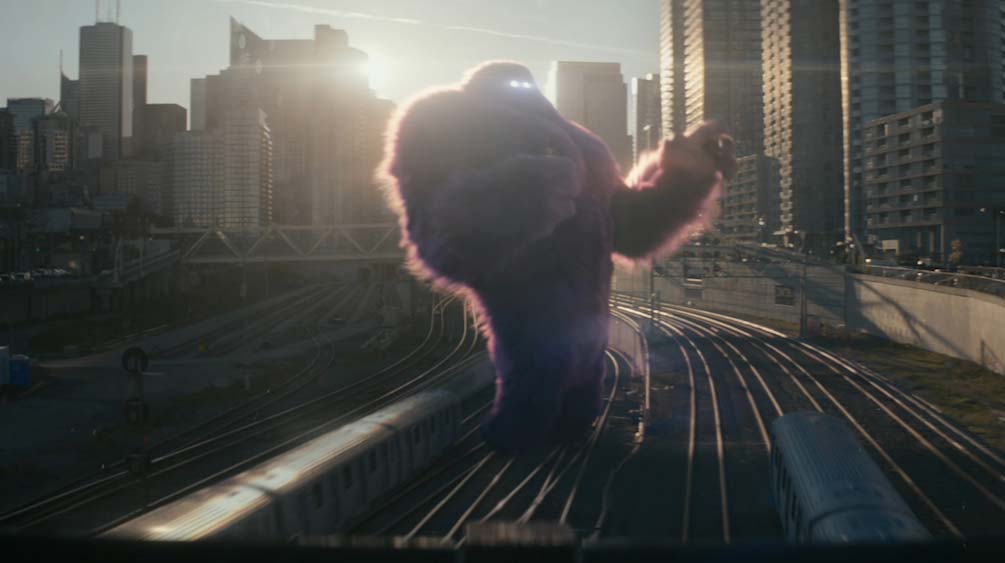 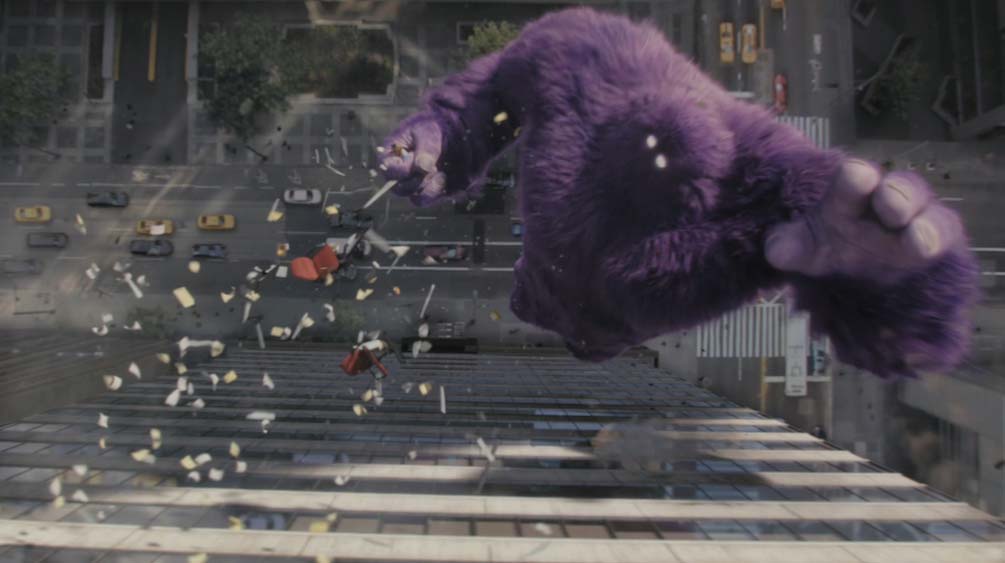 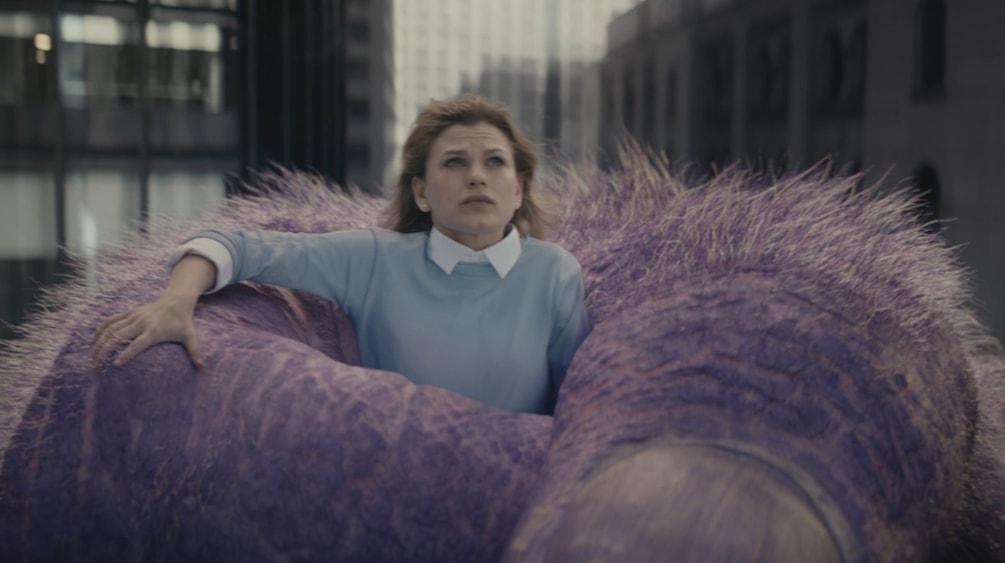 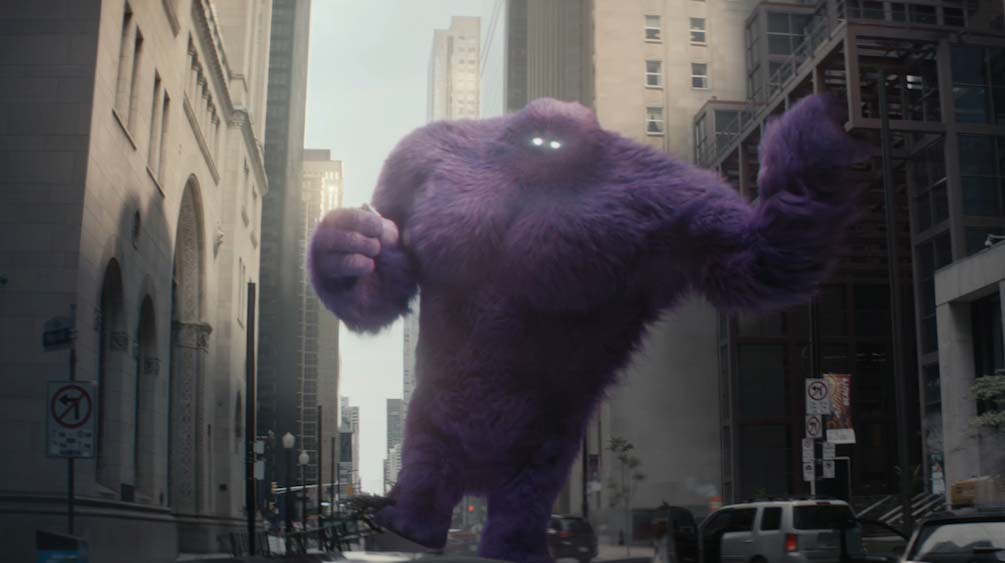 Our CG team built a full muscle system under the monster’s fur in order to simulate the weight in his body whilst moving.

3D artist Ren Hsien Hsu explains “To bring our Monster into the real world, we built a fully functional muscle system alongside the FX team to drive the skin and the shape of the body. This muscle system allowed our team of animators to be much more flexible with the movement of the skin and musculature of the monster. The monsters skin, skeleton, and muscle meshes were then used to drive a series of simulations that a basic skeletal rig often will overlook such as skin sliding, jiggle and volume preservation.”

It was then up to the texturing team to meticulously craft each wrinkle, pore and hair, which were carefully simulated to interact with monster’s surroundings, from lighting to wind changes.

In addition to the monster, the spot features several fully CGI environments, including streets, alleyways and office spaces, which are seamlessly integrated with live action shots captured in Toronto and augmented to mirror the streets of New York with matte paintings and digital assets. 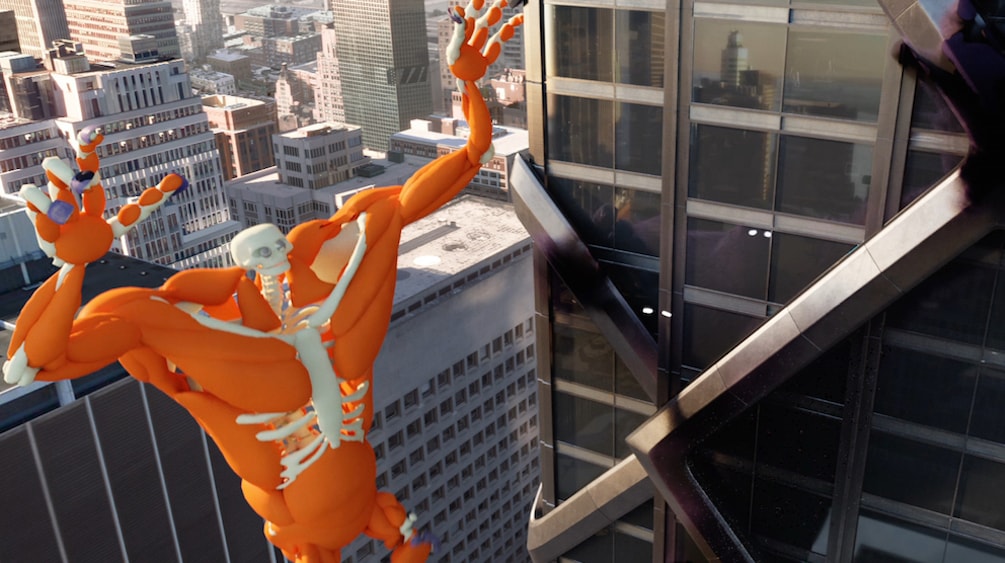 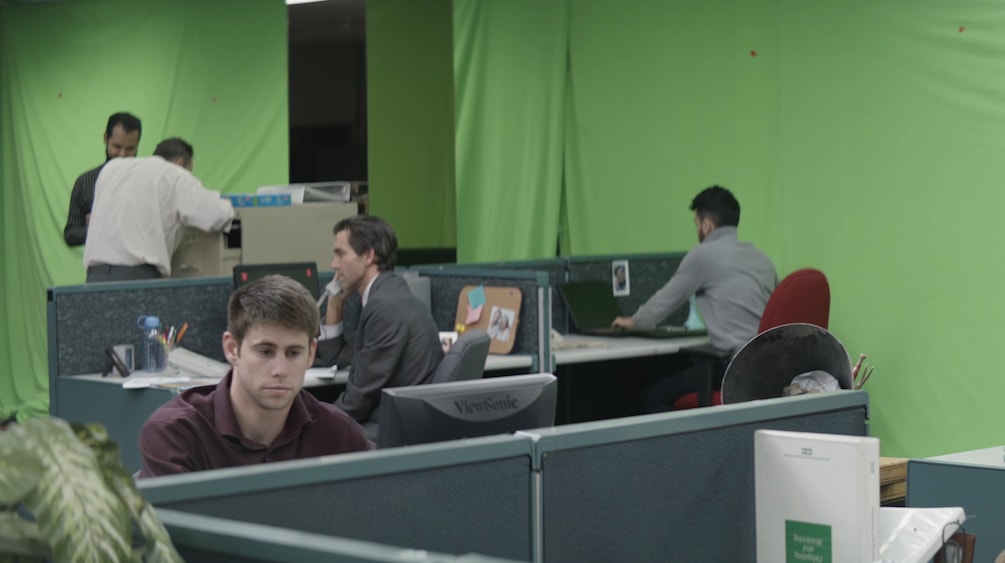 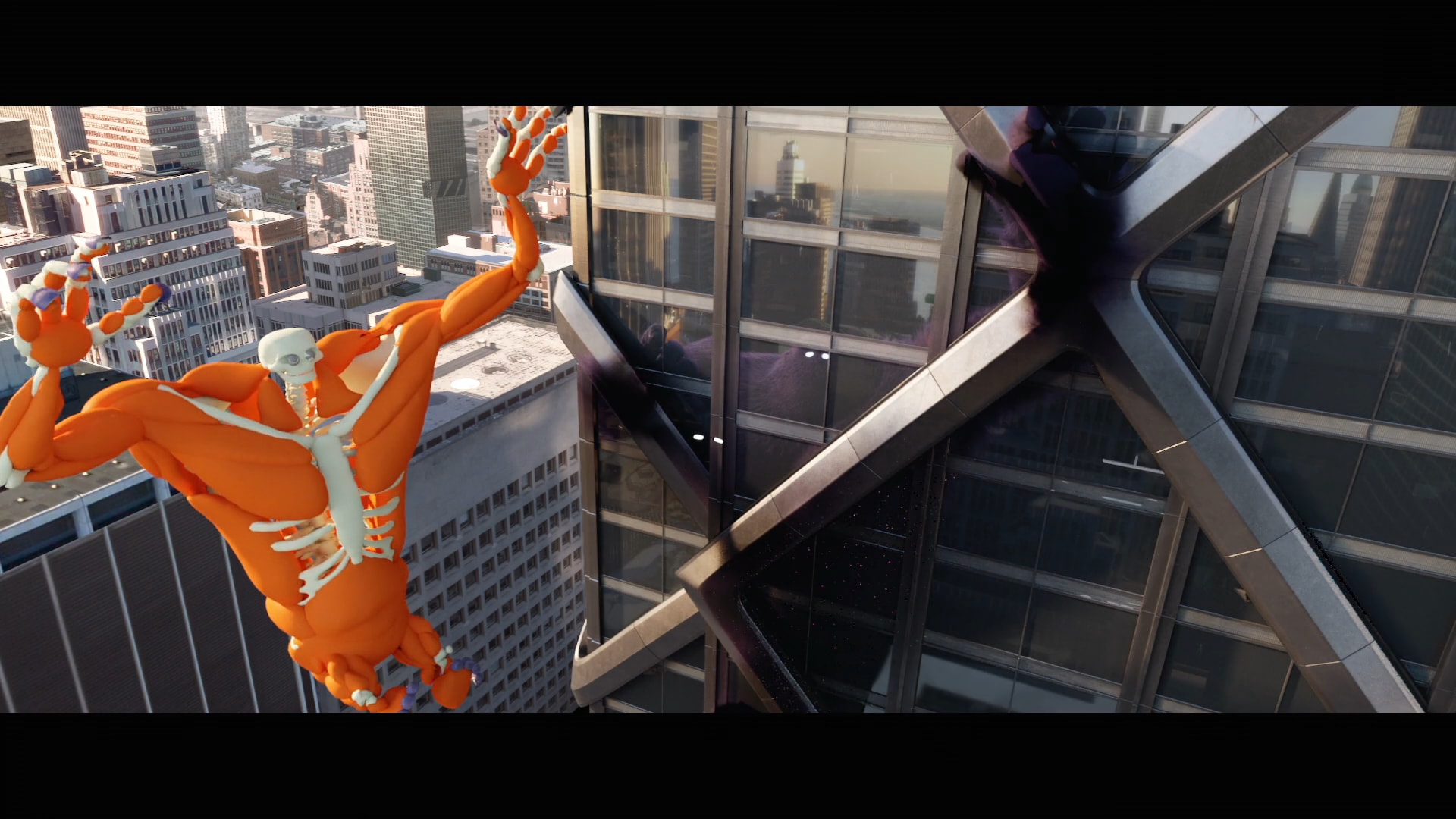 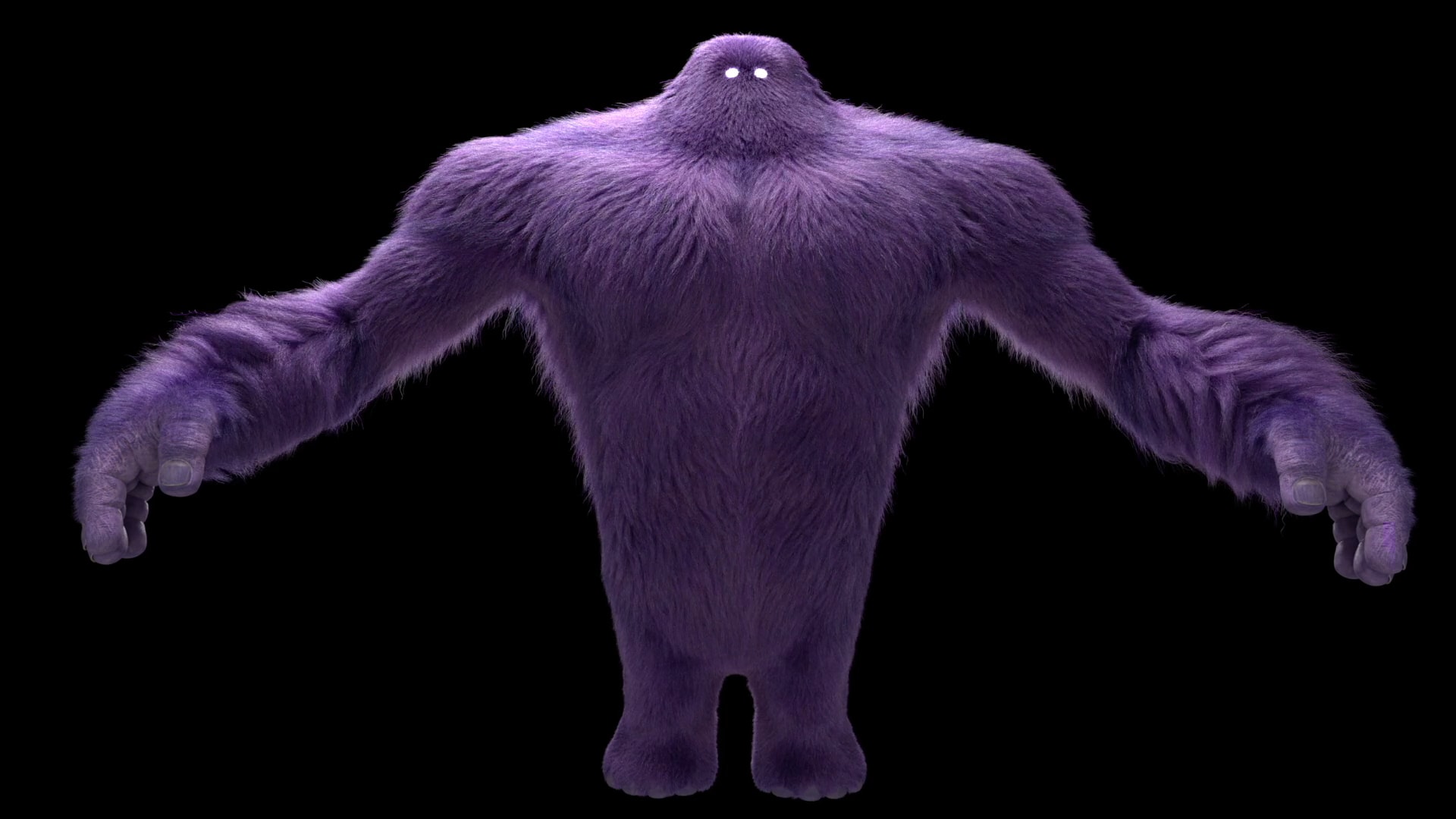 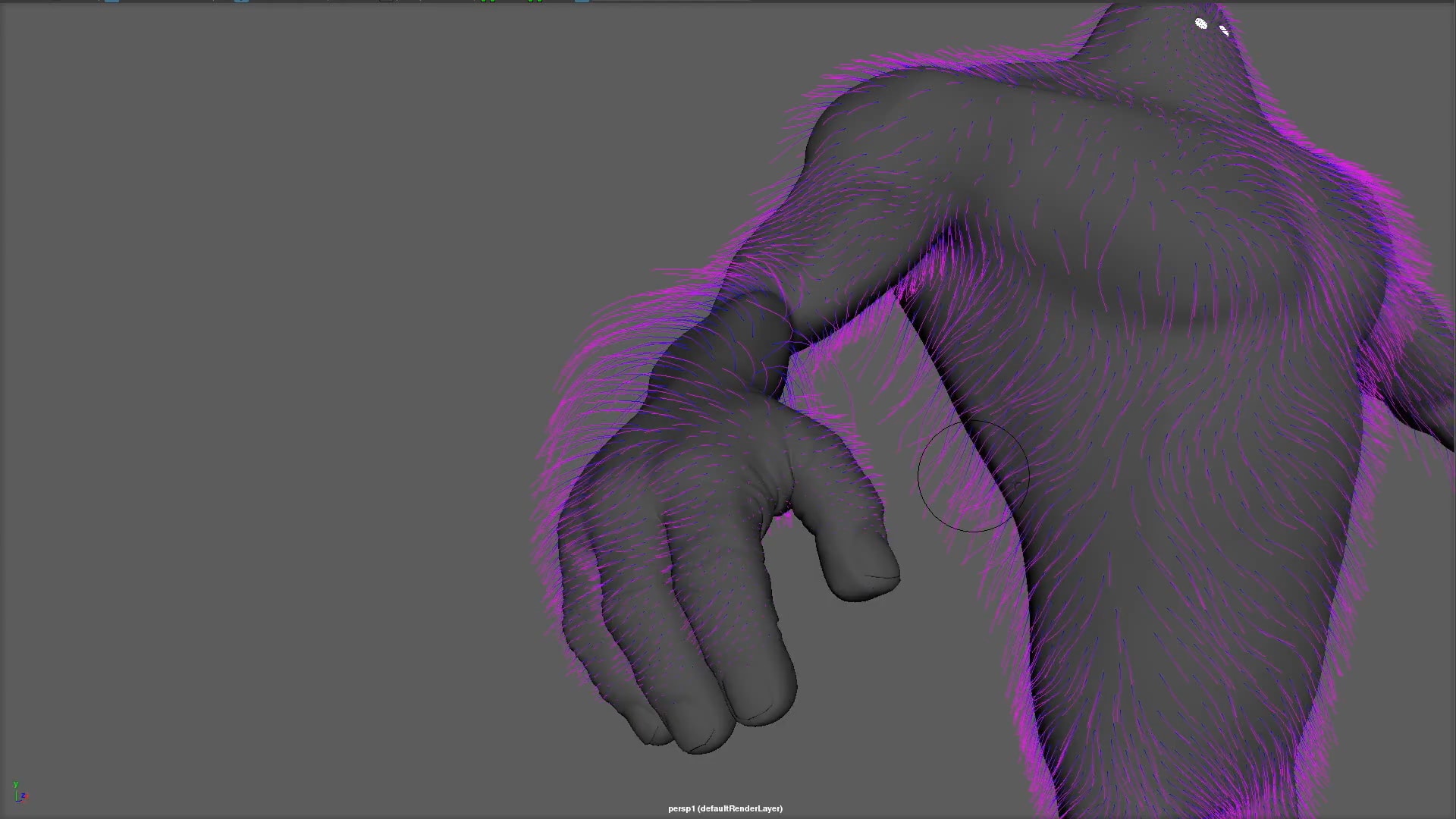 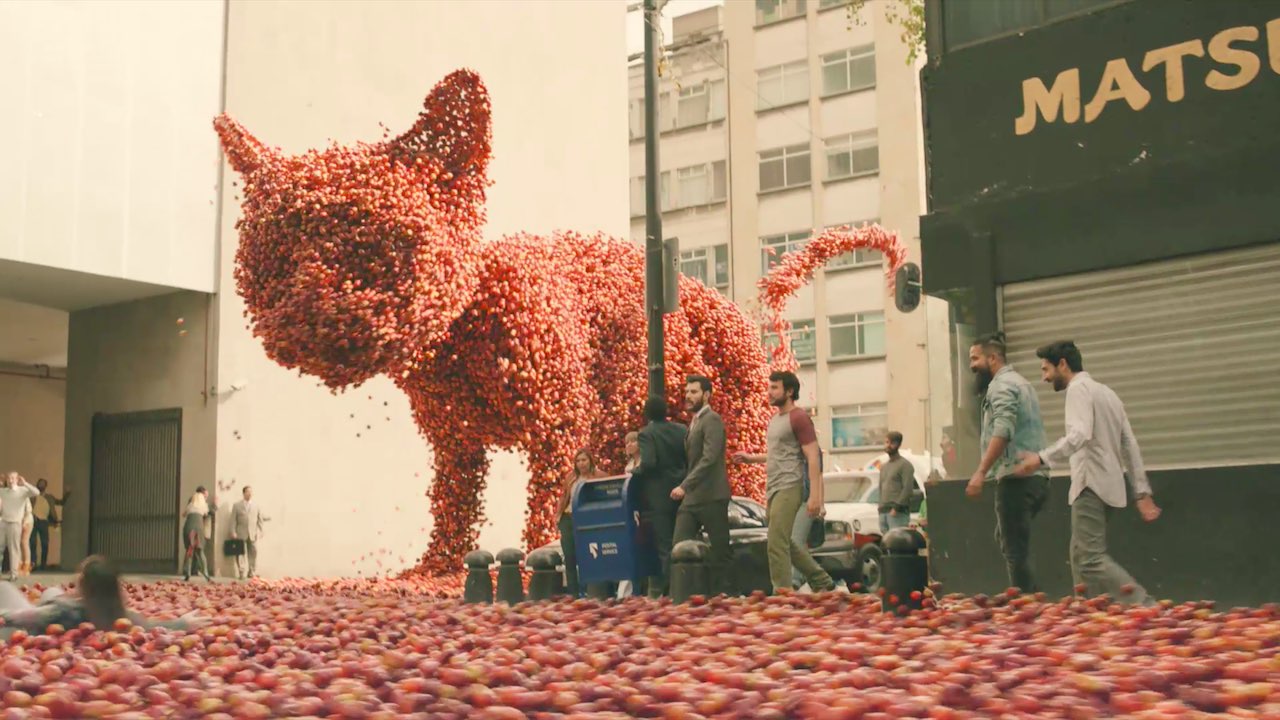 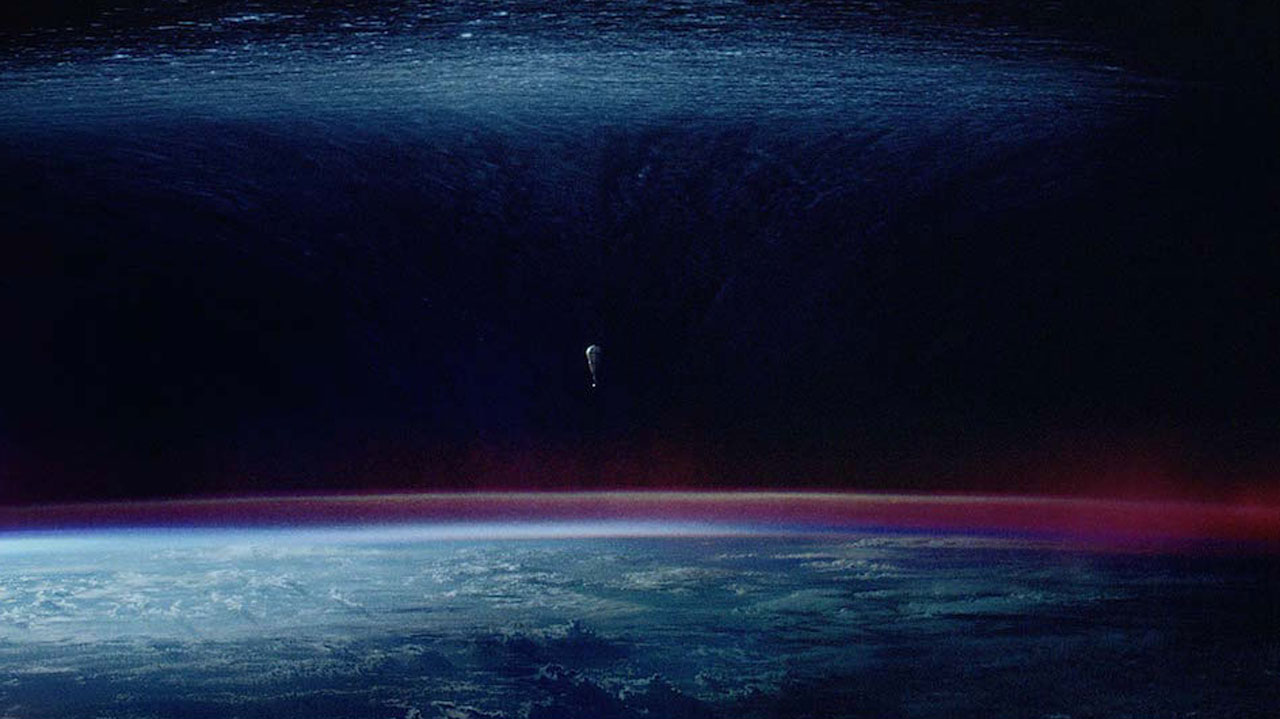