Renowned US rapper and producer, Kanye West (Ye), debuted his new music video for his track ‘Hurricane’, featuring The Weeknd and Lil Baby. Ye wanted simple graphics, which echo the 'Heaven and Hell' music video which was crafted in our Parisian studio. It was necessary to illustrate the symbolism of the work, marked by his private life and religion.

The fully animated CGI film features a horde of black silhouettes captured using motion capture and animated using gaming technology in a series of heavily stylised scenes that represent the artist’s journey, trust in religion and illusion of happiness. Each of the human silhouettes, seen dressed in black and masked, are an artistic representation of angels, that symbolise the artist’s mother and album’s namesake - Donda. Directed by Arnaud Bresson out of Division and crafted by a large team of artists, the film was entirely developed in Epic’s Unreal Engine to allow for creative ideation and flexibility on the fly. This also enabled the creative to evolve as the project came to fruition, allowing new ideas to come to the forefront and the team to iterate creative live.

'Hurricane' was widely circulated on social media, with more than 4M views and more than 9K comments on Ye's YouTube channel. In just a few days, the video was published around the world with articles in established publications such as Vice, Rolling Stone and more.

On crafting the spot director Arnaud Bresson states that Hurricane is the passage between hell and paradise. The story goes just before ‘Heaven and Hell’, men want to escape hell to fly to paradise. It was important for me to express that in a simple way with a super simple graphic design, a return to basics that is aimed at adults to express the words of Kanye. The artists at The Mill told us about Unreal Engine, I immediately understood that we could make a clip with the appearance of a video game. In an era where everything seems complicated, we decided together to create a super simple universe. This has nothing to do with a PS2 game, it’s a new way to use the latest creatives technologies. I love going against what is being done at the time I made it, which justifies this creative choice. It was really cool to work with this family, this world of video games which is not mine, I even think that this collaboration between the Mill and us is the very essence of the final result.

“In close collaboration with the director Arnaud Bresson (Division), the producer Laure Salgon (Division), the producers, artists and technicians of The Mill studio, we managed the creation of the project "Hurricane" by Kanye West (The Weeknd/Lil Baby). Usually, we start with the art direction and then we create the project step by step. This time, all the research and creation stages worked simultaneously. The choice was therefore to work with a small team of generalists led by CG supervisor Guillaume Poueymarie, who specialises in Unreal Engine software. During the production process, creativity often took precedence over the project’s technical nature. The way our teams approached the Unreal Engine medium through Arnaud's vision gave a lot of character and originality to the produced images. The sequences to be created were innovative for our teams in many aspects, it was necessary to create CG doubles of Ye, The Weeknd and Lil Baby without forgetting the “Donda” crowd simulation in movement, the reproduction of the prison building, the tornadoes of Donda and finally the motion capture for certain movements...”

“At The Mill, we are used to working in pre-calculated mode and this time, with the time constraints, we made the choice to work on unreal to have a real-time rendering. It's a completely different way of working, which requires a lot of vigilance, especially in terms of optimising the project, because if it's too heavy it won’t be able to run in real time. In my opinion, the tornada of “dondas” was the biggest FX challenge, as we had to find a solution to display more than 300,000 characters on the screen. It was a technical challenge, but it gave us a lot of creative freedom. With this tool, we could test several completely different atmospheres and tweak the shots immediately with the director. It was very rewarding to work with this new technology, and I think we managed to create an unusual result.” 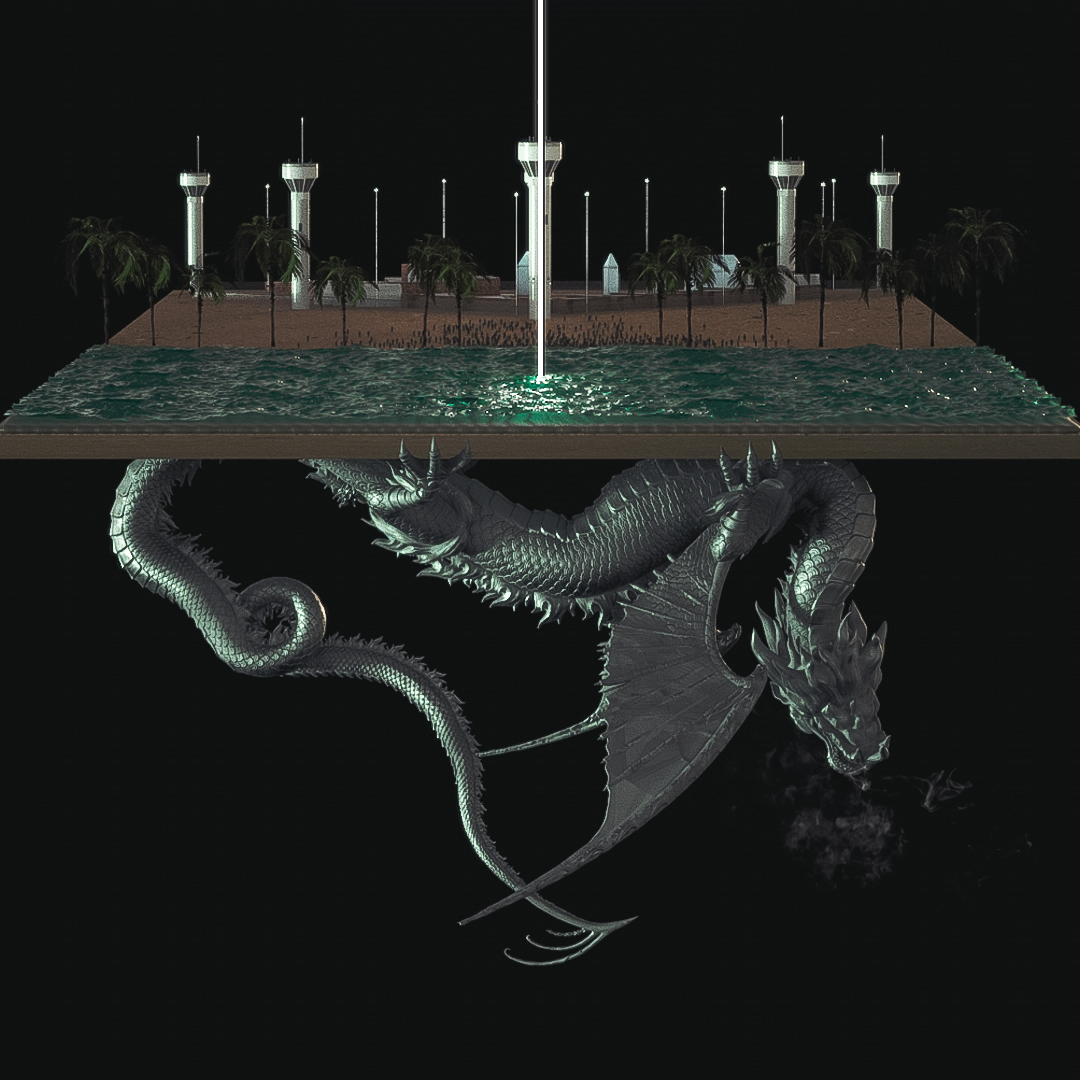 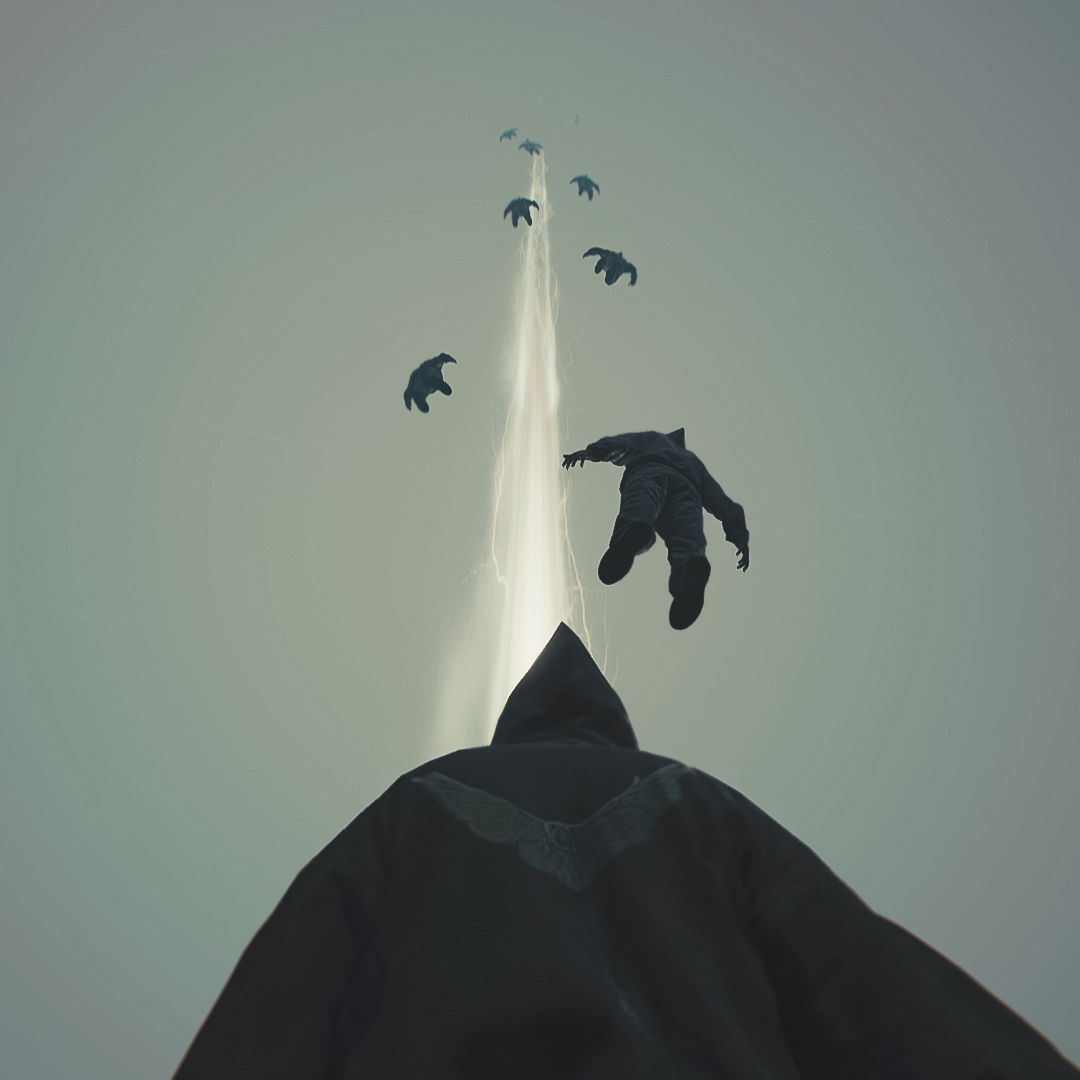 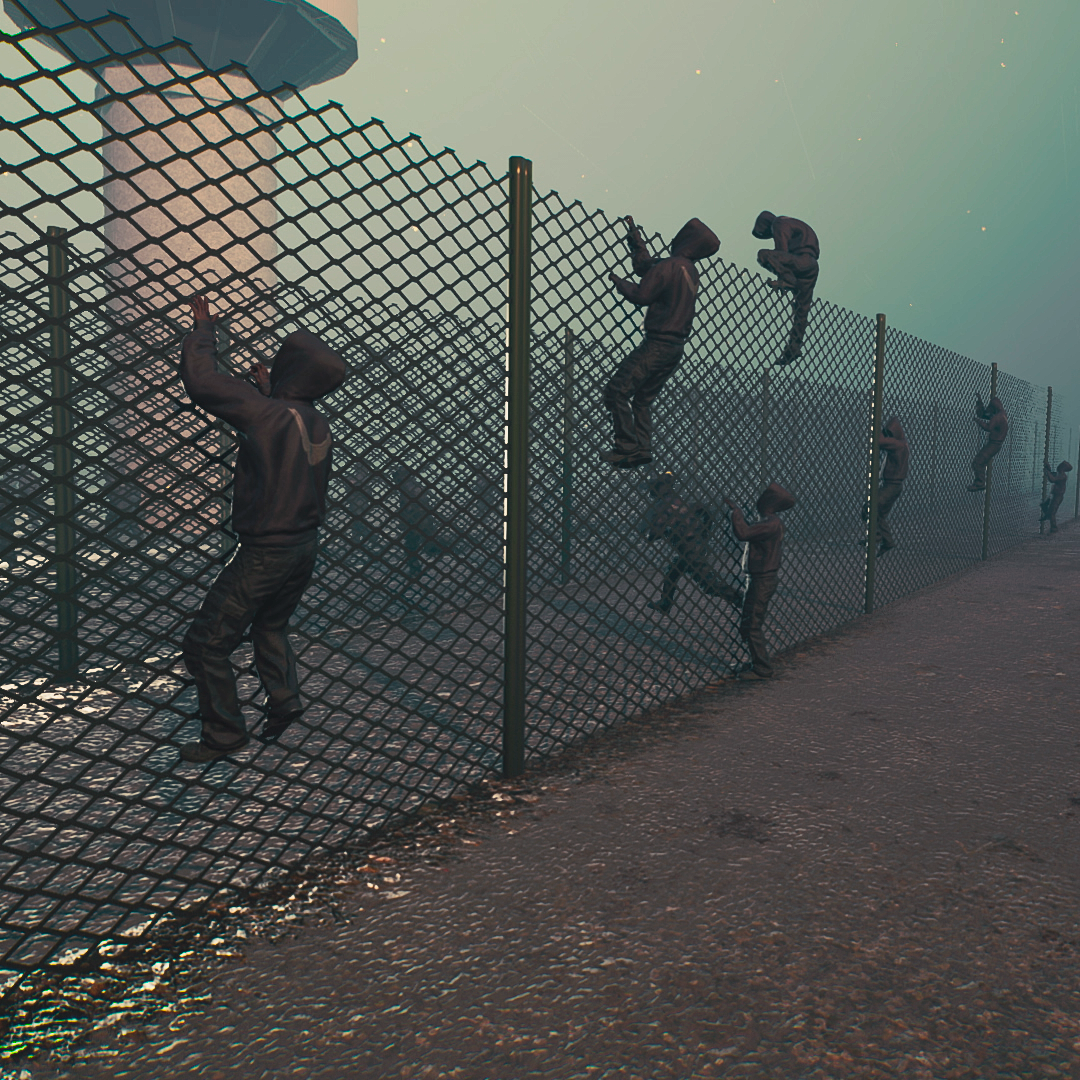 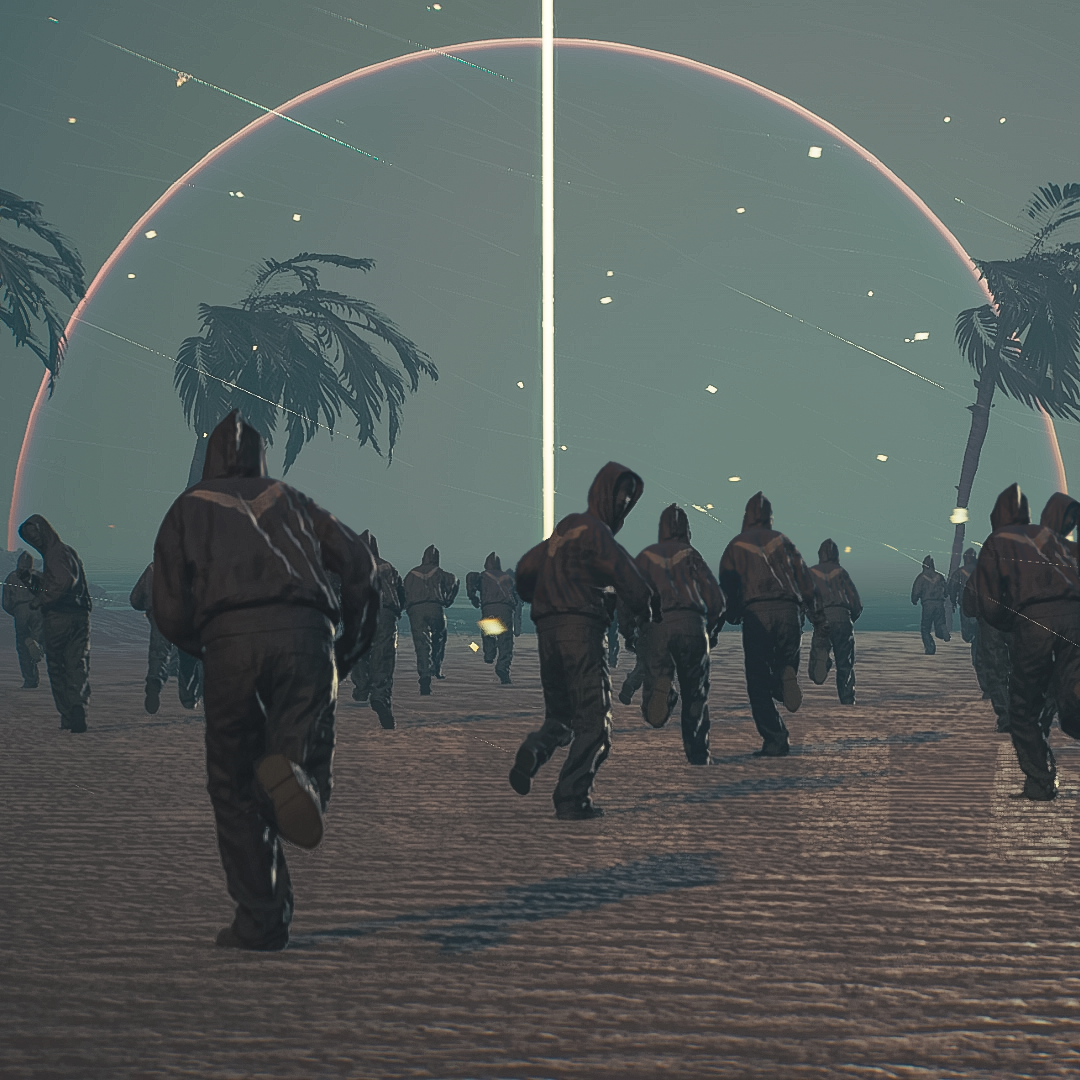 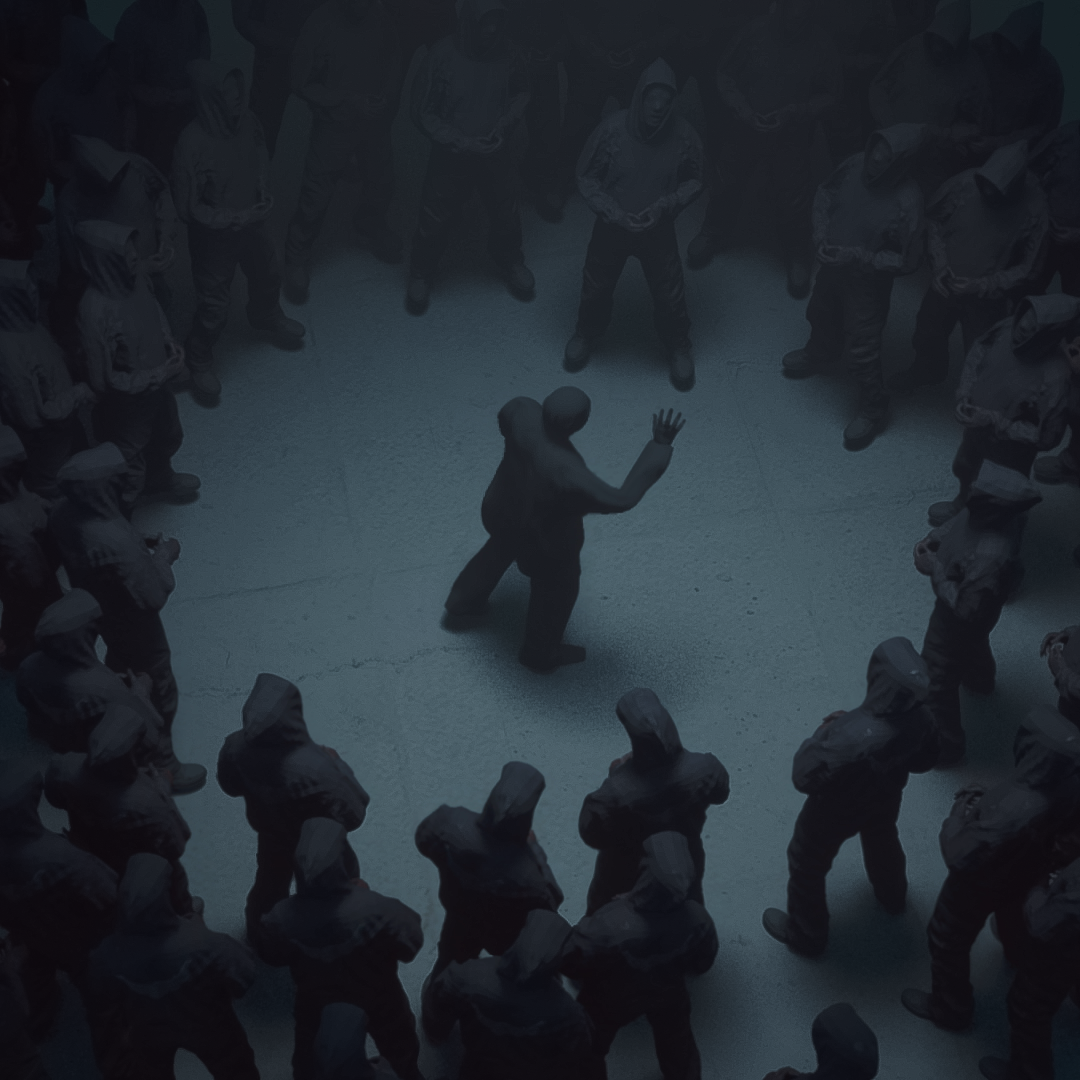