Directors Ben Smith and Bryce Wymer wanted to represent the metaphors of the show by highlighting the themes of greed, betrayal and rivalry and contrasting them with images of beauty, grace to fall in line with the authenticity of the time.

Drawing reference from the series’ themes and storyline, co-directors Ben Smith and Bryce Wymer set out to create a title sequence that would represent the lavish and rich aesthetics of 13th century China.

To tell a story through the titles, Ben Smith decided to employ the ancient decorative art form of Chinese painting, using ink pictures to enhance the connection between the series and its themes.

The ink creates abstract shapes that transition into ‘traditional decorative paintings’, but then as the images become clear and take on form, the audience is introduced to dark and forbidden images to match the shows central themes.

We set out to test the ink reactions in order to get a sense of the movement, look and feel of each painting. To create the appearance of an invisible hand ‘painting’ the visuals, we tested a variety of papers and liquids to achieve the desired viscosity, grace and control. After experimenting with liquids like vodka, and the use of magnets and ferrofluid, they developed a technique using sumi-ink and a dense paper stock that allowed the water to sit on the surface of the paper.

The ink paintings were shot mostly on camera with our 2D design team then compositing in the wider images of the army, the bird, a severed head and fighting wolves.

Typography became an important component of the project as we wanted to make sure the credit typography fell in line with our ink paintings and represented the thematic look of the era we were aiming to convey.

The result created a title sequence that contains a beautiful duality of visuals; the traditional ink paintings that include slight and subtle subliminal imagery that in turn invite the audience to feel Marco Polo’s influence and be a part of his world as portrayed in the series. 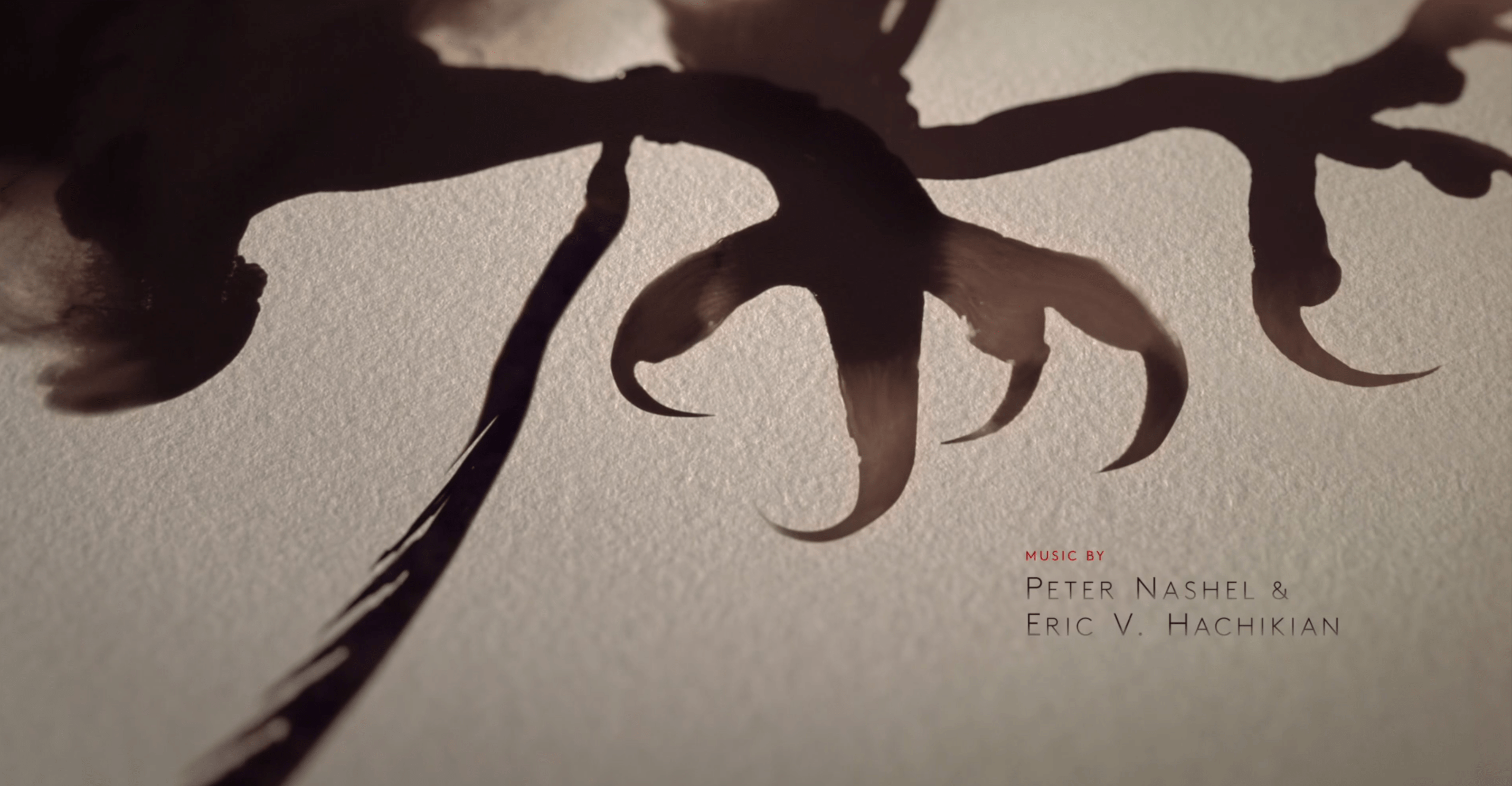 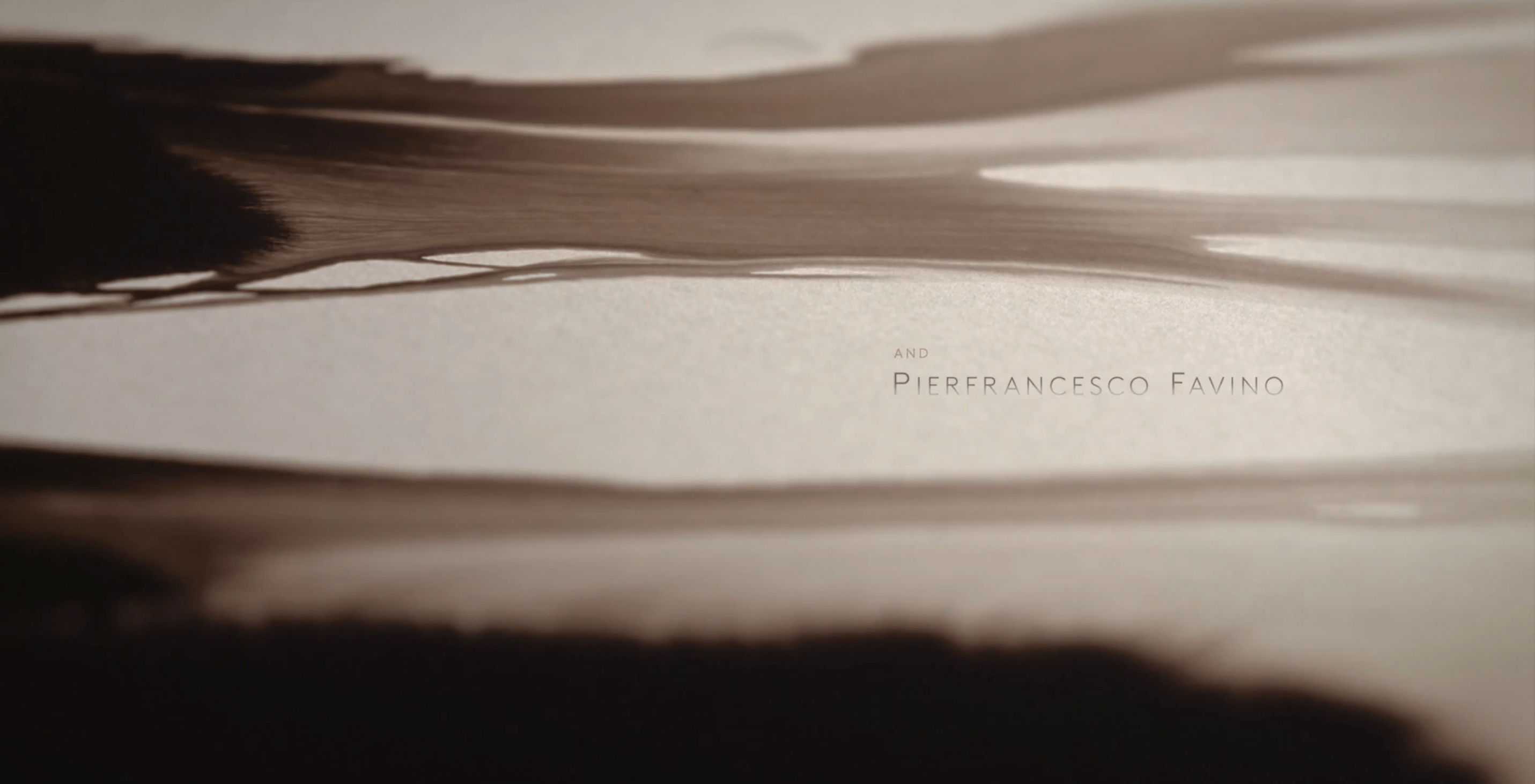 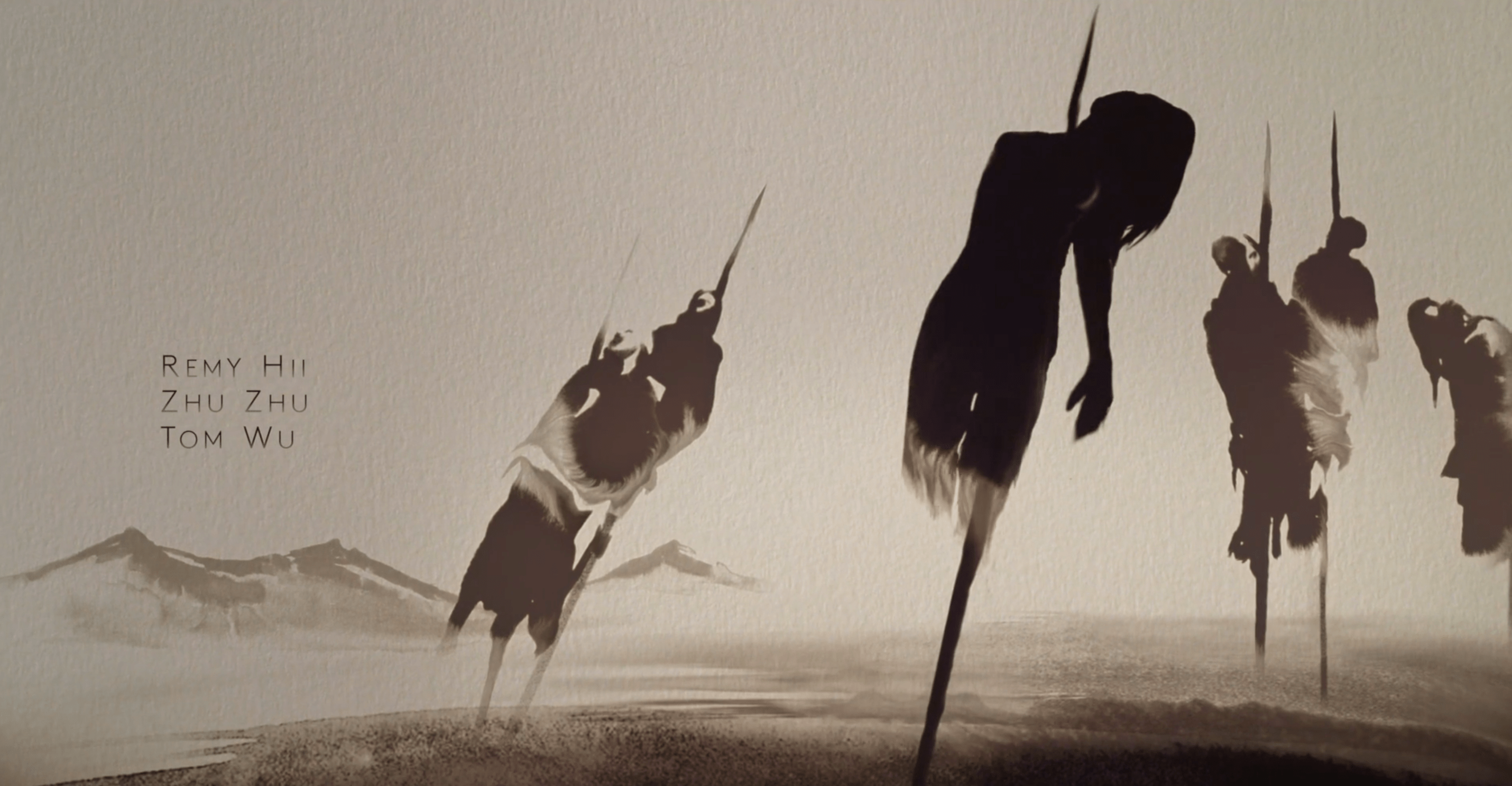 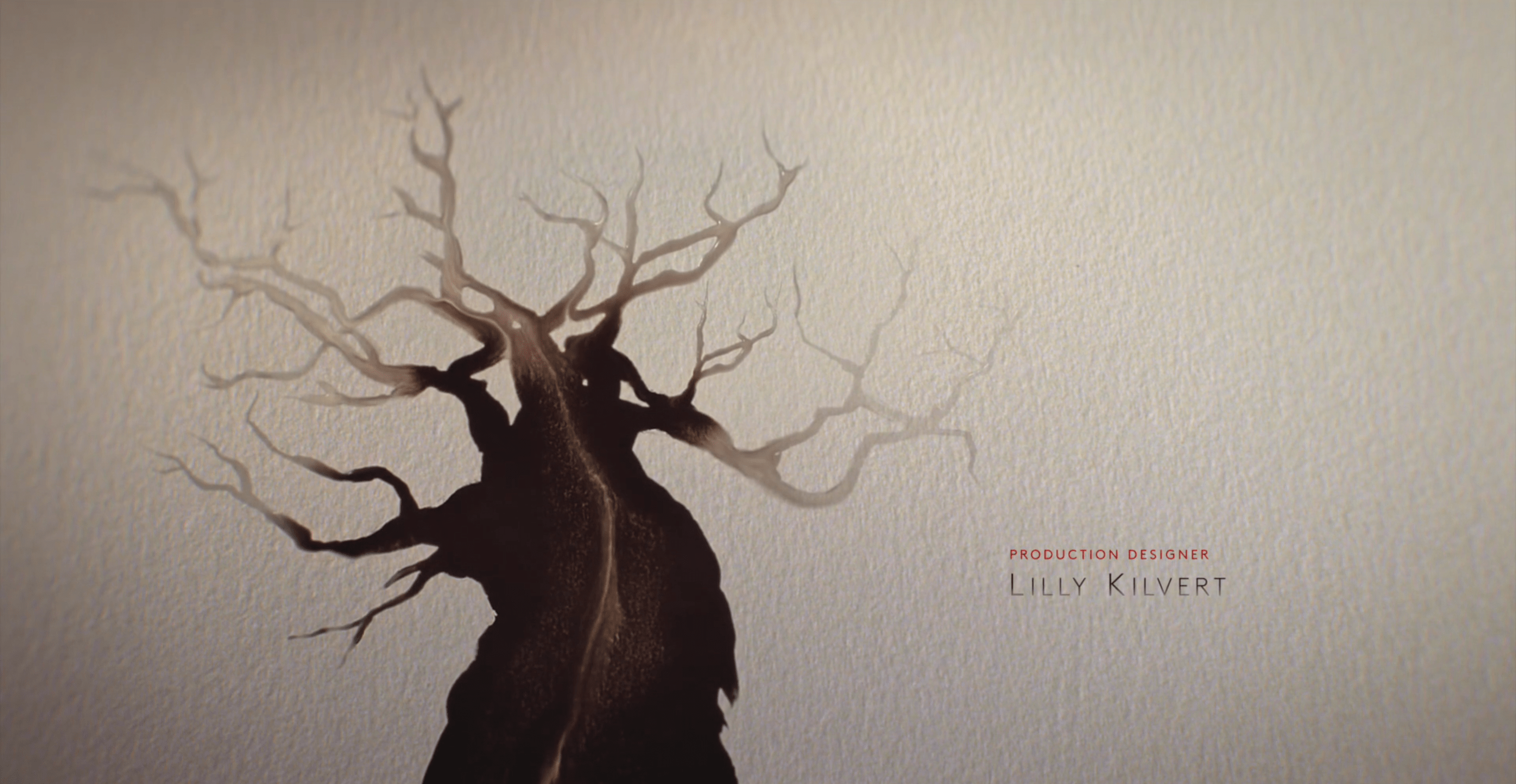 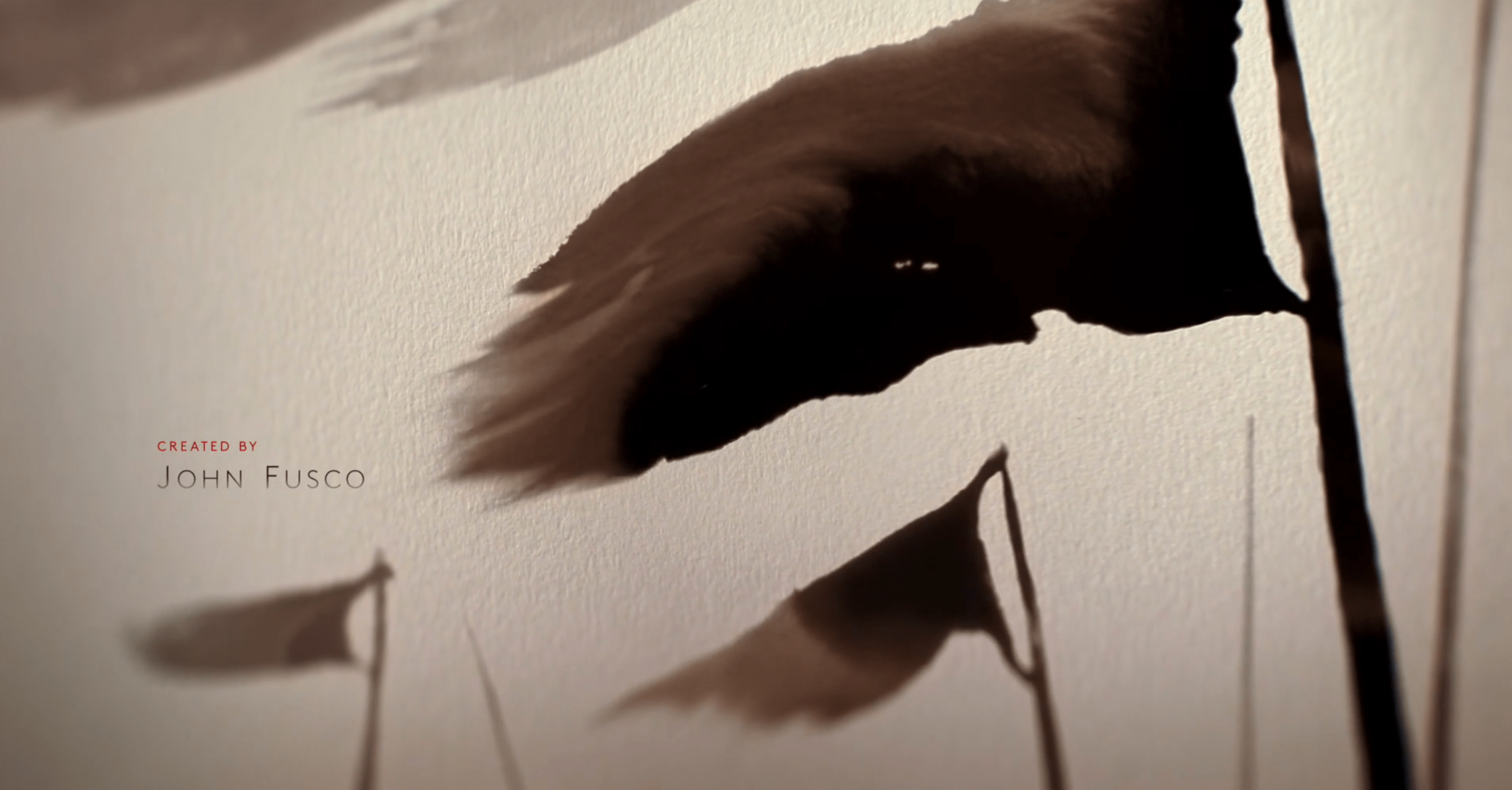 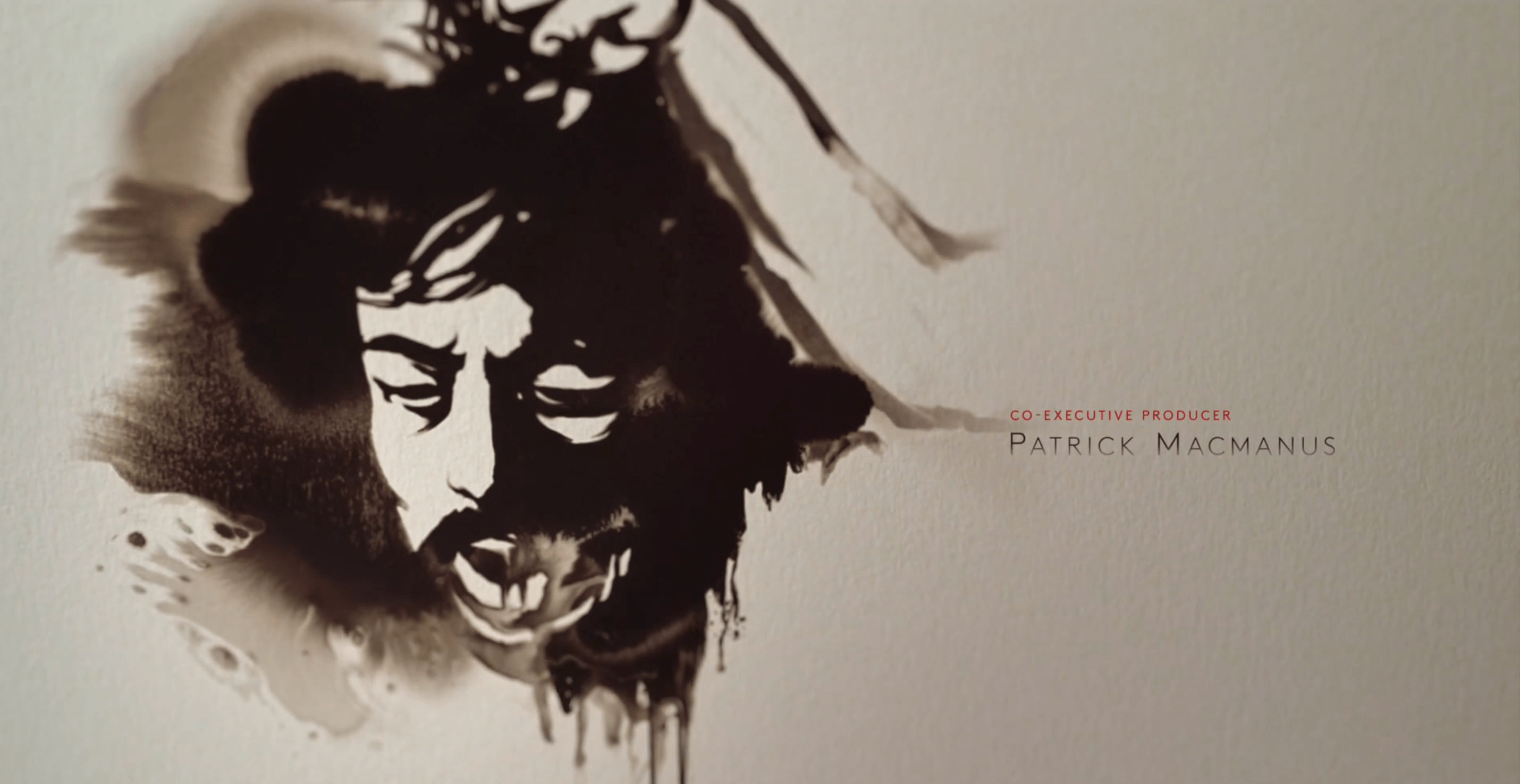 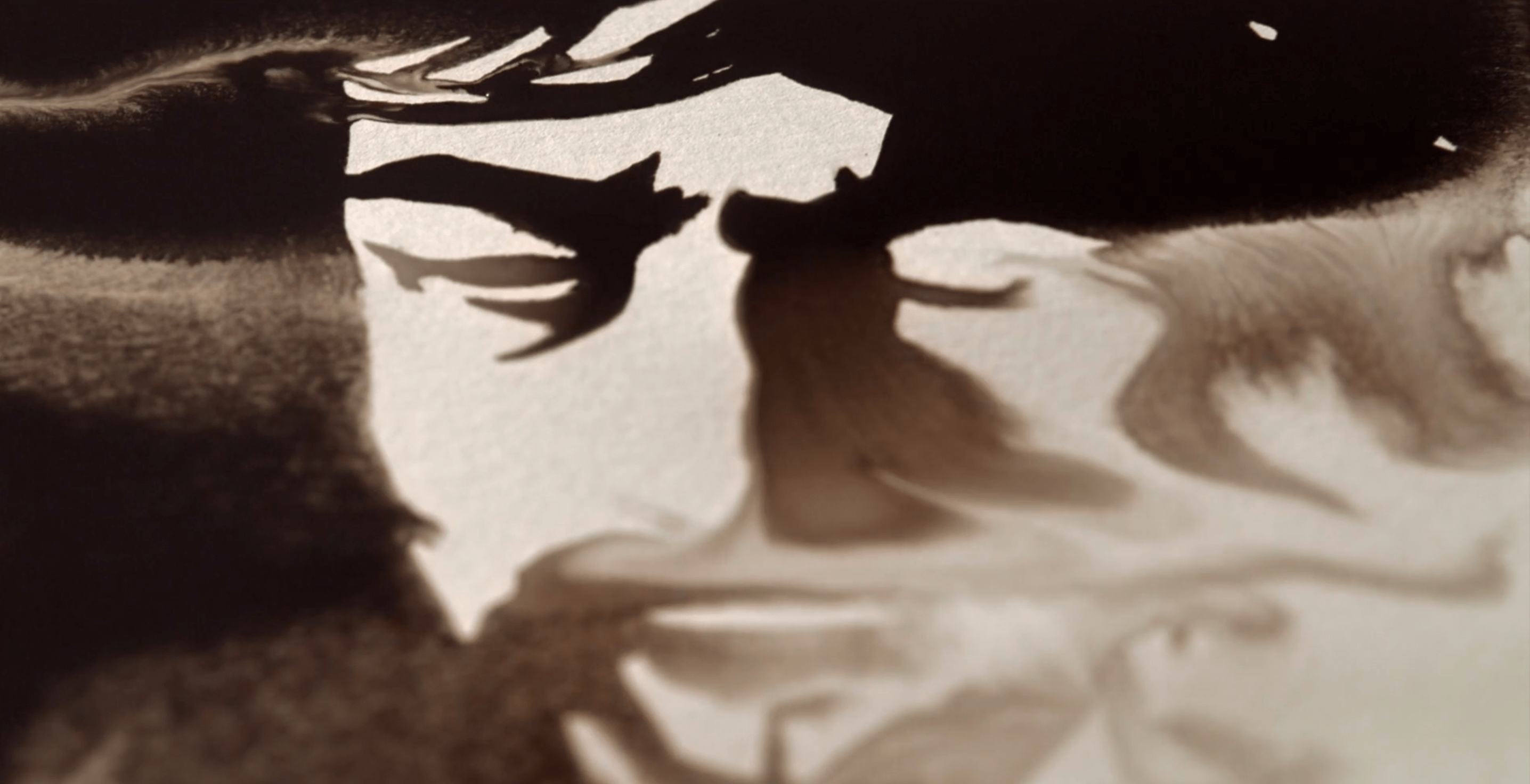