SHOWTIME® Original Series | 'The Man Who Fell To Earth'

The SHOWTIME® Original Series, The Man Who Fell To Earth tells the story of Faraday, played by Chiwetel Ejiofor, a mysterious alien who arrives on Earth with a clear purpose – bring water back to his home planet and save his species. After landing in New Mexico, he connects with brilliant scientist Justin Falls, played by Naomie Harris, and together they embark on a bold mission. As the story unfolds, it becomes clear in order for the unlikely duo to save his world, they must first save human existence on Earth. We were tasked with creating a 3D billboard to help launch the new series, along with an interactive physical installation for the Brooklyn Museum.

To tease the show’s story, we’d need to find an artful and innovative way that was as fitting for an art museum as it was for a towering digital display in Times Square. In the series, Justin and Faraday’s fates are intertwined: they must come together to save both their home planets. Our creative starts with two galaxies at opposite ends of space — each representing the journey of the two characters — that swirl into one another and become inextricably linked. From that alien landscape, something distinctly human emerges: two faces. Faraday and Falls react to the Earthly scene in front of them, and to one another as if meeting for the first time. As Faraday accepts the full weight of his mission, his expression changes to one of stoic determination. The stars forming his face cluster into a bright supernova before falling out of frame, plummeting to the Earth below.

The corner wrap billboard was utilized to create an anamorphic illusion. The story plays out as a linear animation where faces appear to break out of the frame and into 3D space. The result was a unique, larger-than-life piece that stood out from the crowd of typical ads surrounding it in Times Square. For the companion experience at the museum, the billboard creative was reimagined as an interactive installation. The same narrative was used, but this time the characters’ fate was put into the user’s hands—literally. The story was controlled with hand gestures detected by a motion sensor provided by Ultraleap. We were delighted to see museum visitors interacting with the experience in fun and unexpected ways—from a woman who moved galaxies around using tai chi moves, to groups of children who played with the experience elements endlessly. 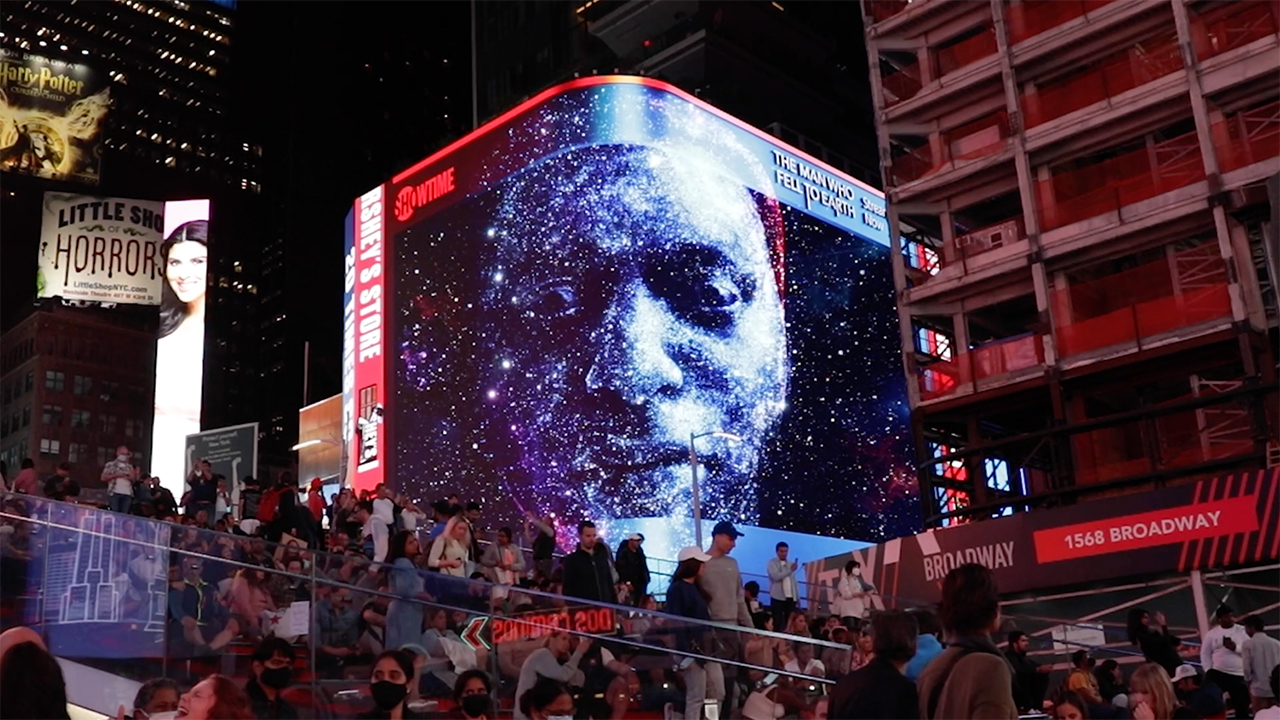 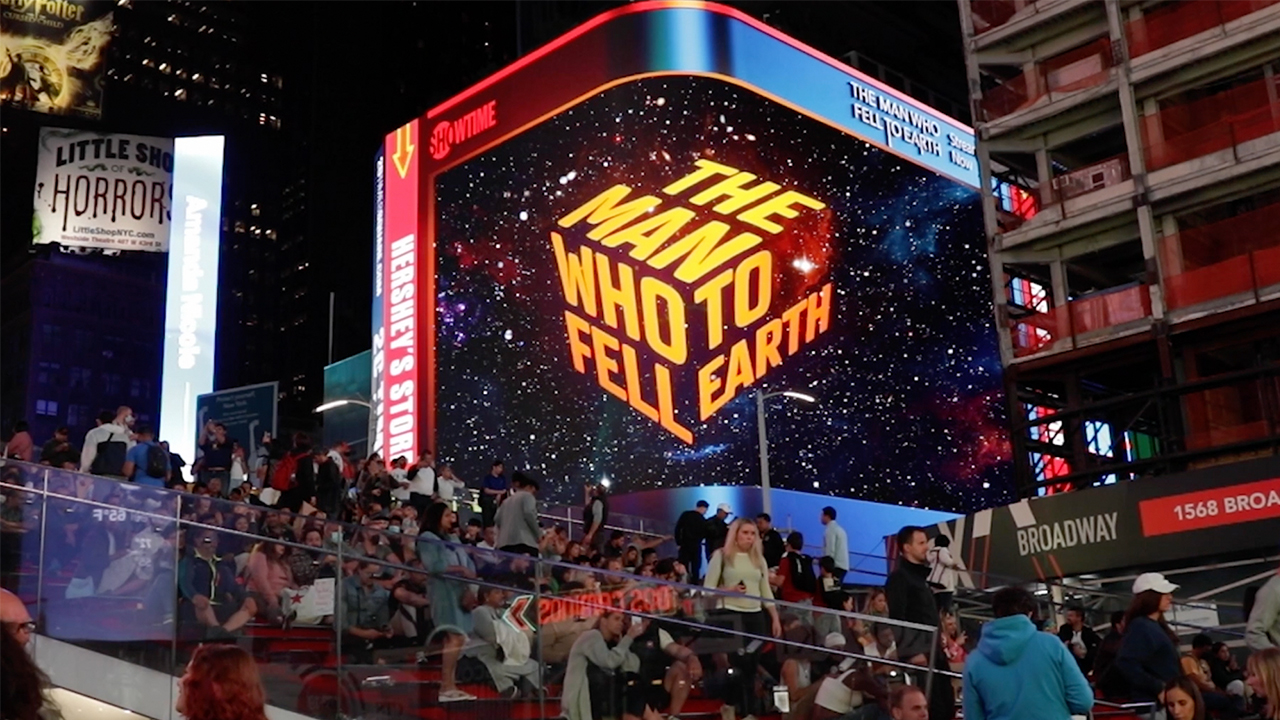 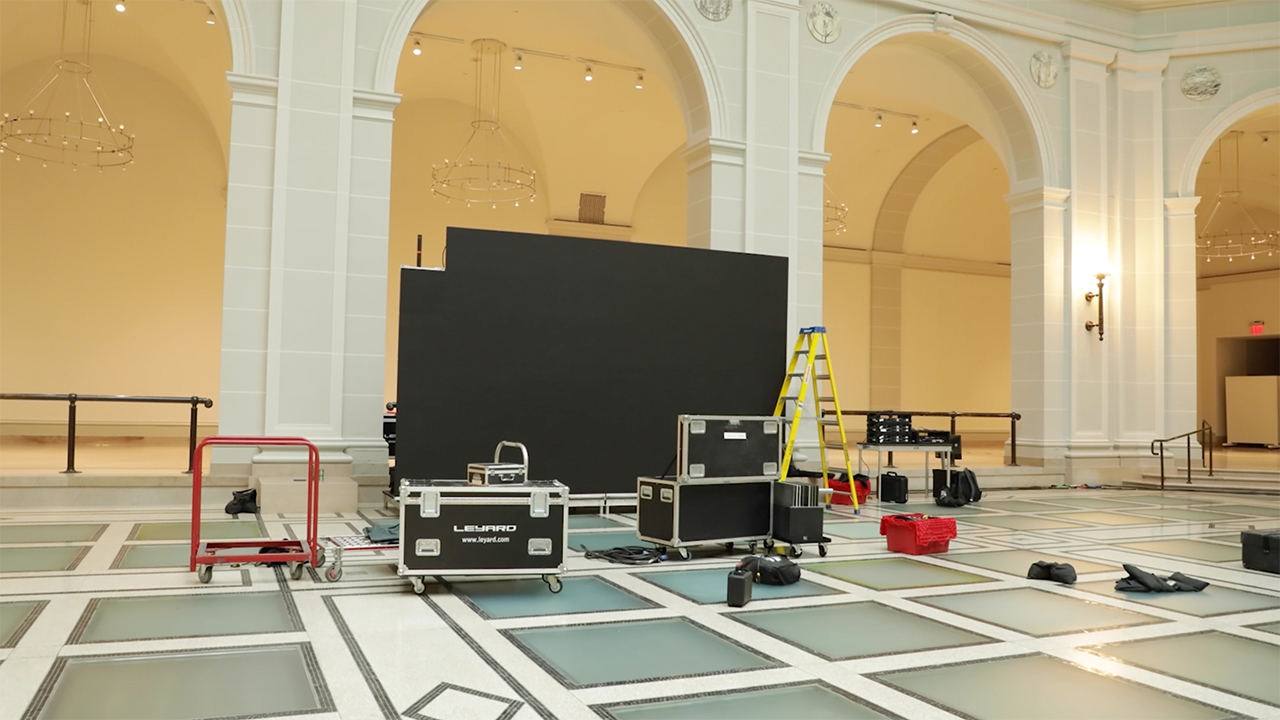 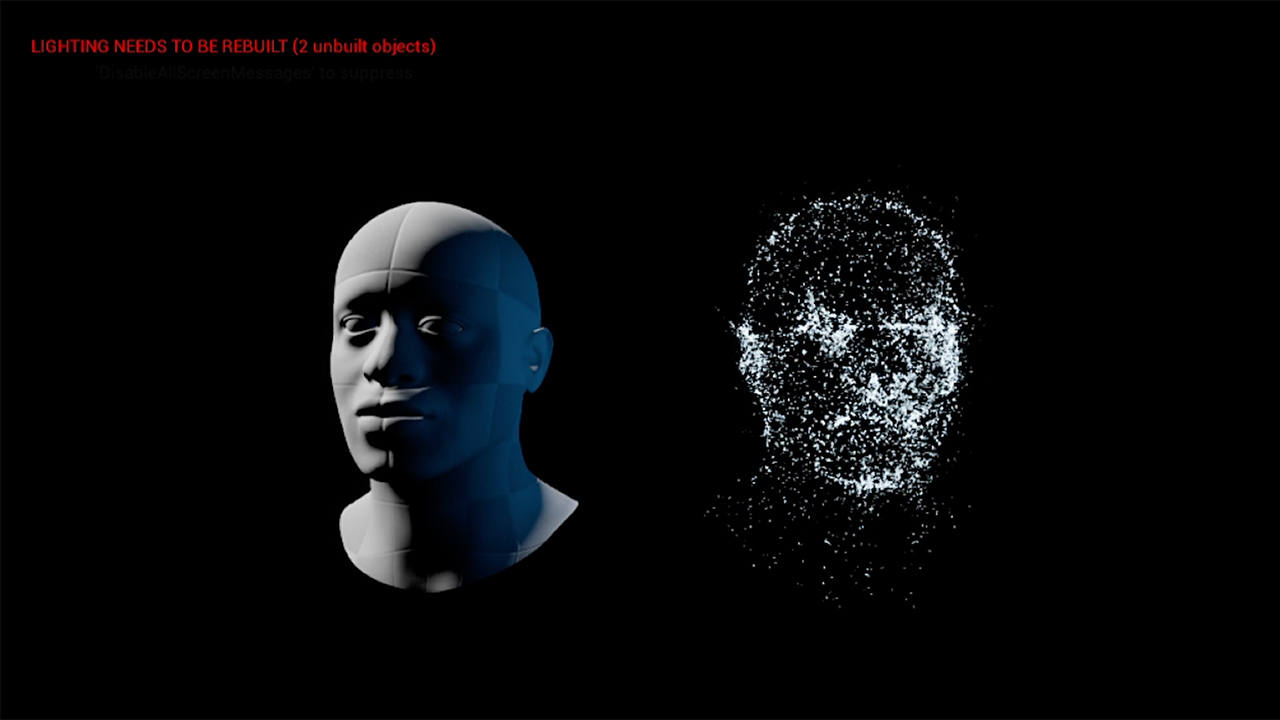 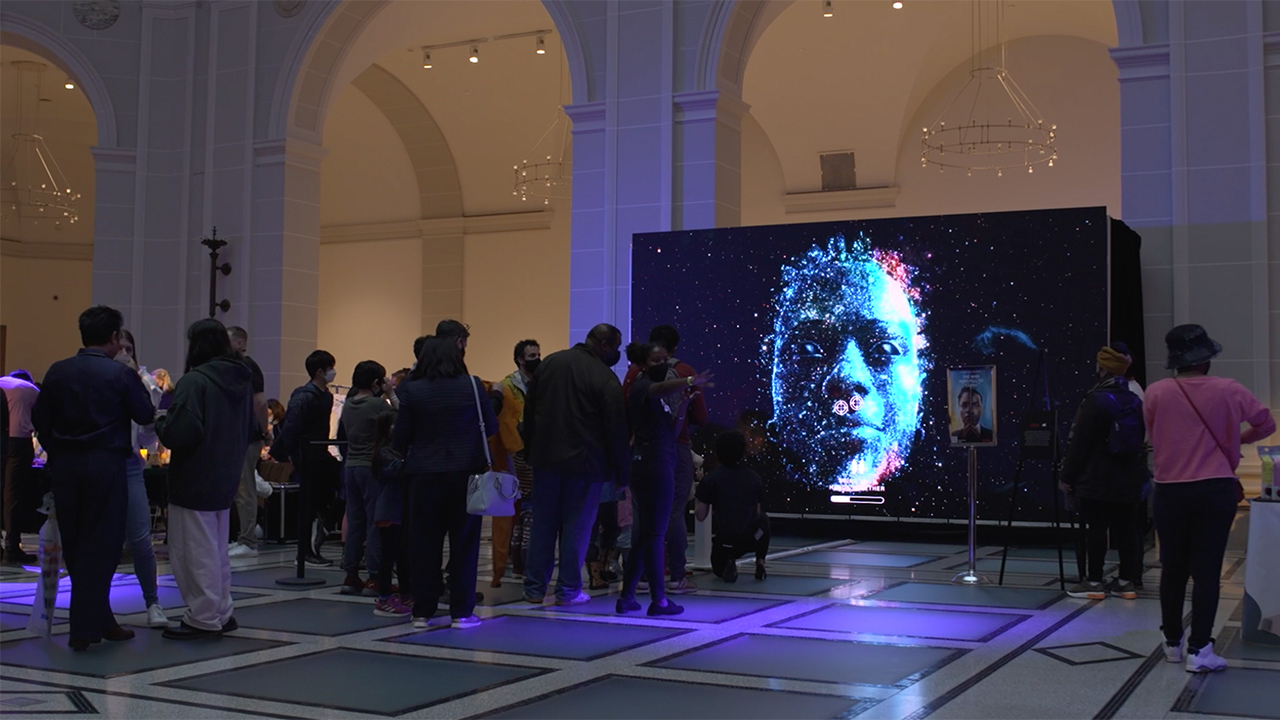 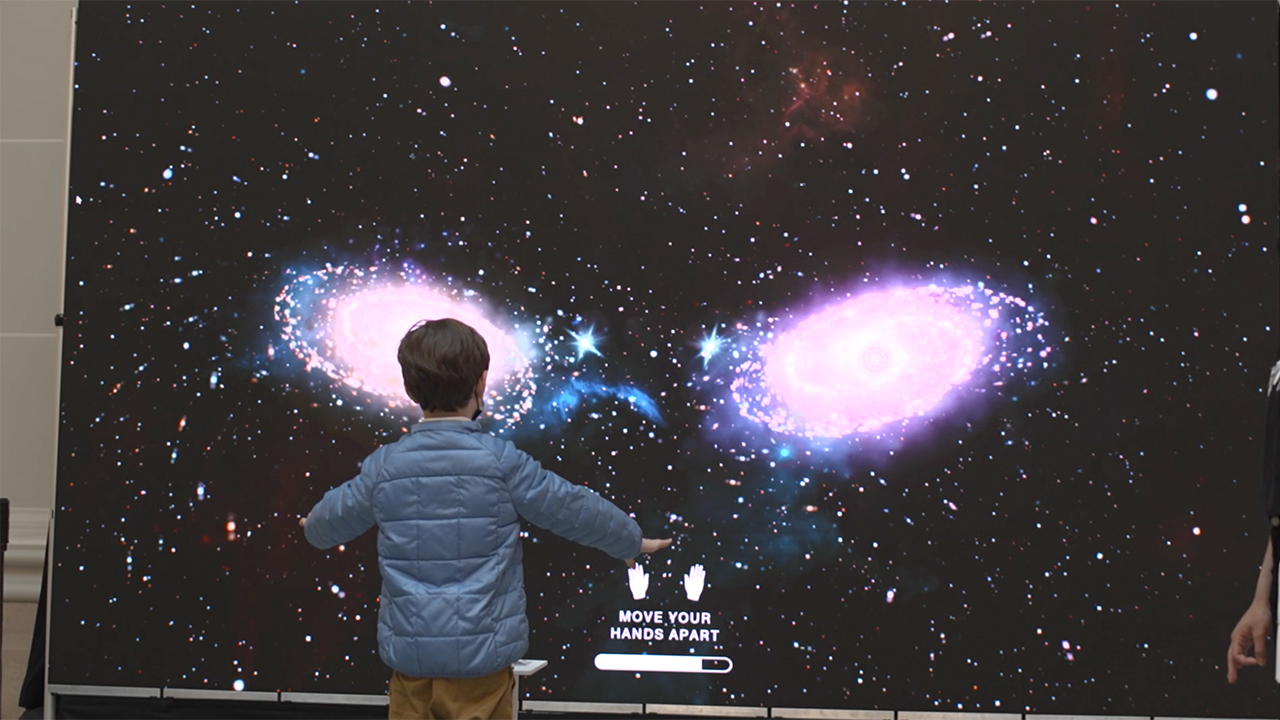 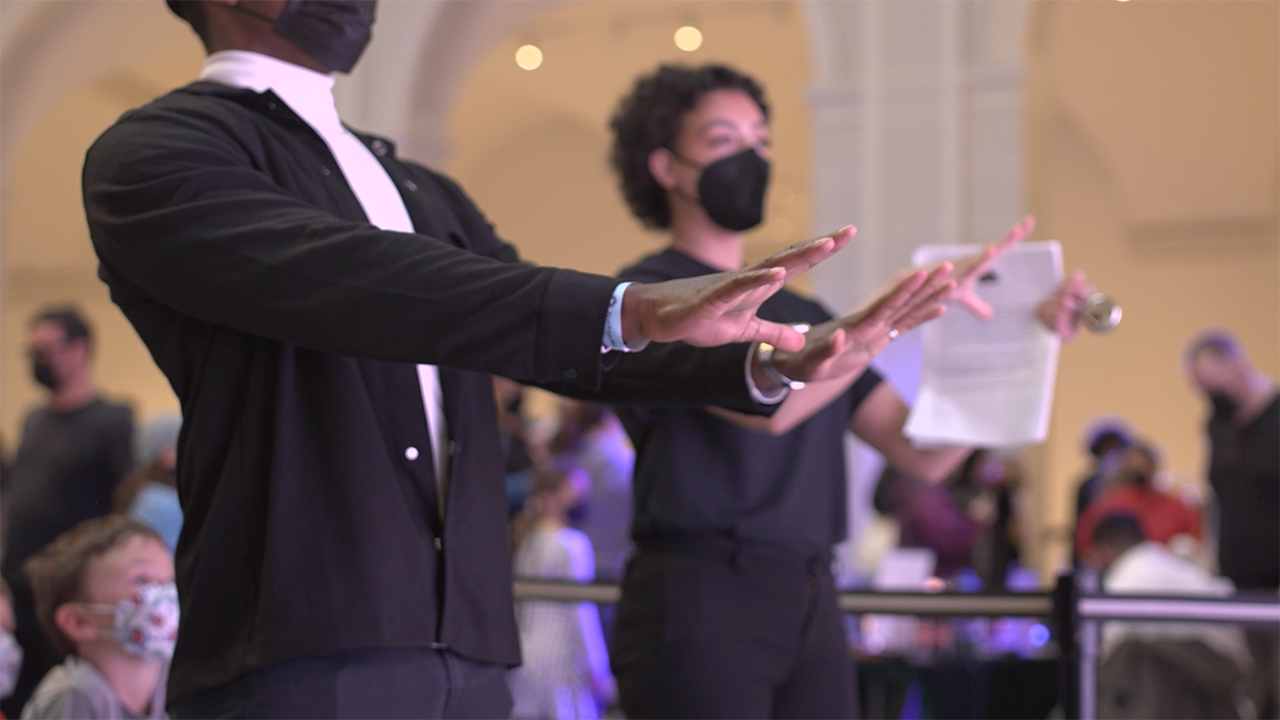 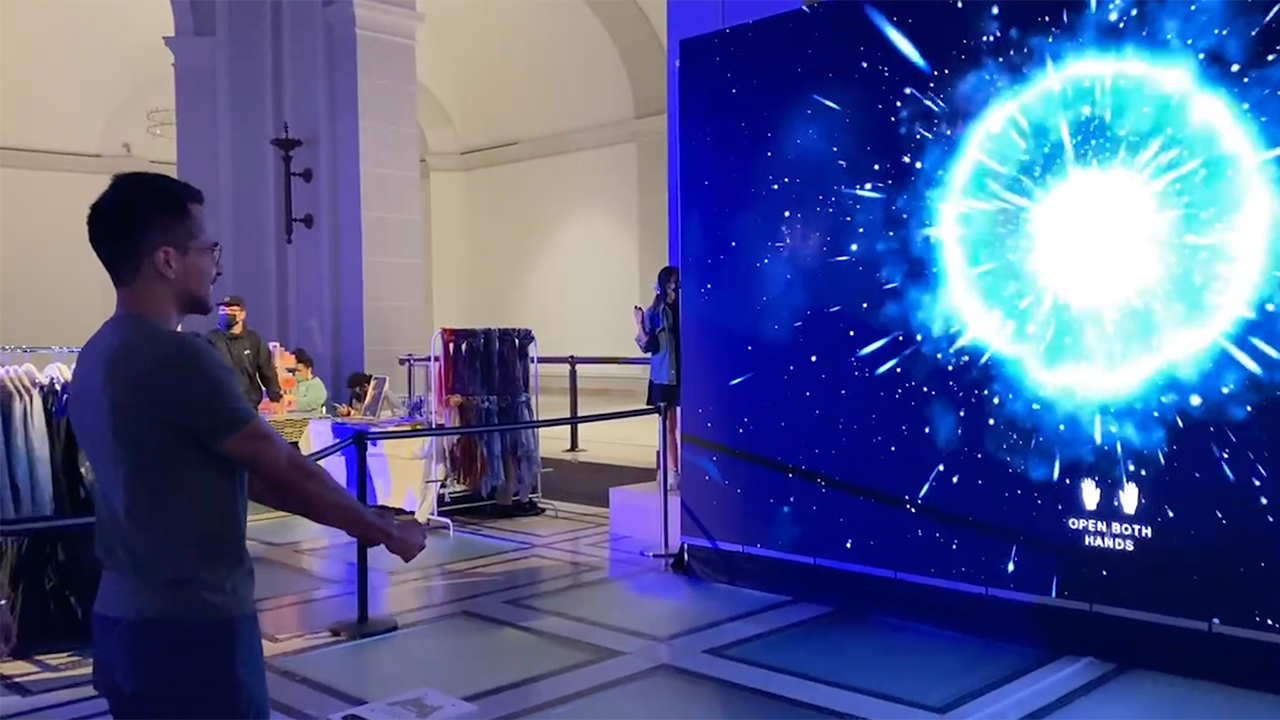 The biggest challenge in this project was achieving the actors’ likeness. 3D models were created of the actors and particle systems were used to create the stars and attach them to the faces. Particle systems come with their own set of technical restrictions—we were limited in how much we could manipulate them to create faces that clearly resembled the talent.

When it came to creating the initial 3D model for Justin, there were no shortcuts. Our artists painstakingly hand-sculpted a replica of her face by projecting photos of the actor onto a 3D model and matching them.

As for achieving the actors’ likeness using stars, we pushed the particle systems as far as possible before importing the faces into Nuke, where we did some additional heavy lifting to get a look we were satisfied with.